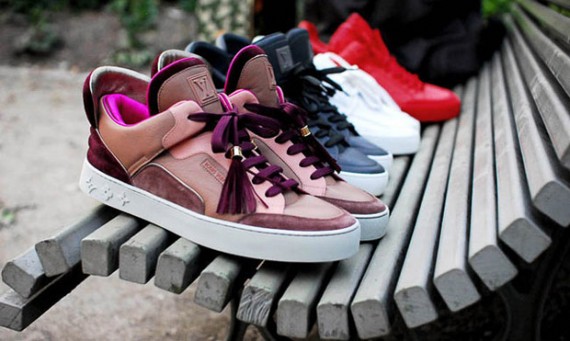 Last week we gave you a detailed look at two of the sneakers from the Louis Vuitton and Kanye West collaboration sneaker collection and now we have for you a detailed look at all of the sneakers the the Louis Vuitton Don worked on with the French Fashion House. The three different models in the collection as some of you are aware by now were named by Kanye after members of his inner circle, the shoes include The Don, The Jasper, and The Mr Hudson. La MJC recently put together an entire photoshoot for the sneakers in a real world setting with models who were fortunate enough to be able to wear them before their general release at select Louis Vuitton retailers worldwide. via La MJC // Hypebeast