With a new NBA season just around the corner, 2Ksports has delivered a new and improved edition of their yearly NBA 2K video game series. As you might expect, in addition to better game play and some new touches, the graphics on NBA 2K10 are looking crisper than ever, and to us that means only one thing… a look at digital versions of each player’s official kicks. For those of us who’ve been around long enough to remember what the graphics looked like when we used to play Double Dribble on Nintendo or Lakers vs. Celtics on Sega Genesis, we could have never imagined that one day we would be playing such a lifelike version of a basketball game.

Now that technology has come such a long way, we are at the point where everything is so precise and official that even the sneakers are true to life. For the most part, each NBA player has a facsimile of their real-life on-court sneaker in the game. The NBA 2K10 cover is graced by Kobe Bryant who’s Zoom Kobe IV’s are nicely on display, as well as some other notable kicks like the Nike Hyperize, Carmelo Anthony’s Jordan Melo M6 and some adidas models like the TS Cut Creator. Take a look at some more screen shots after the jump and see what other kicks you can pick out. 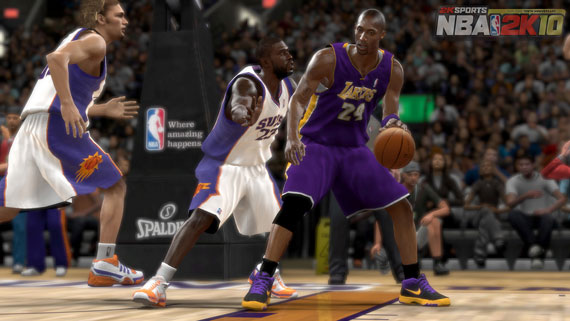 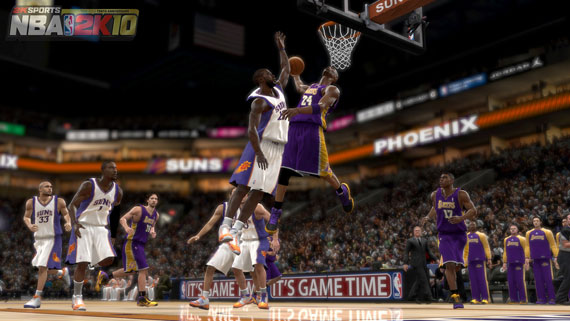 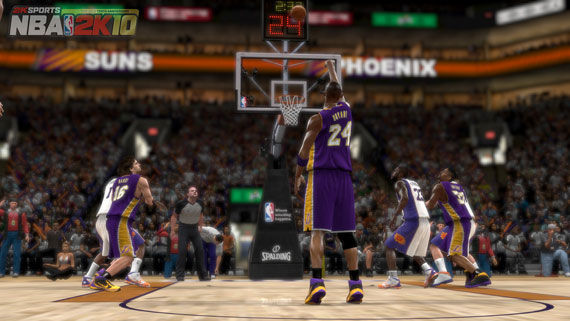 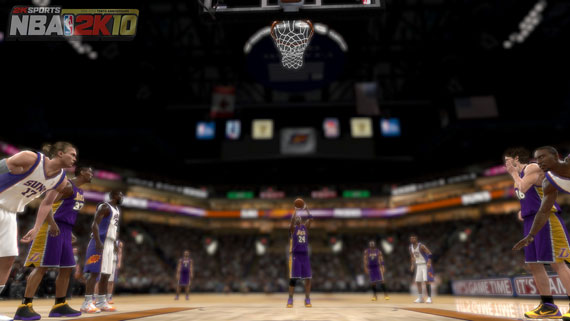 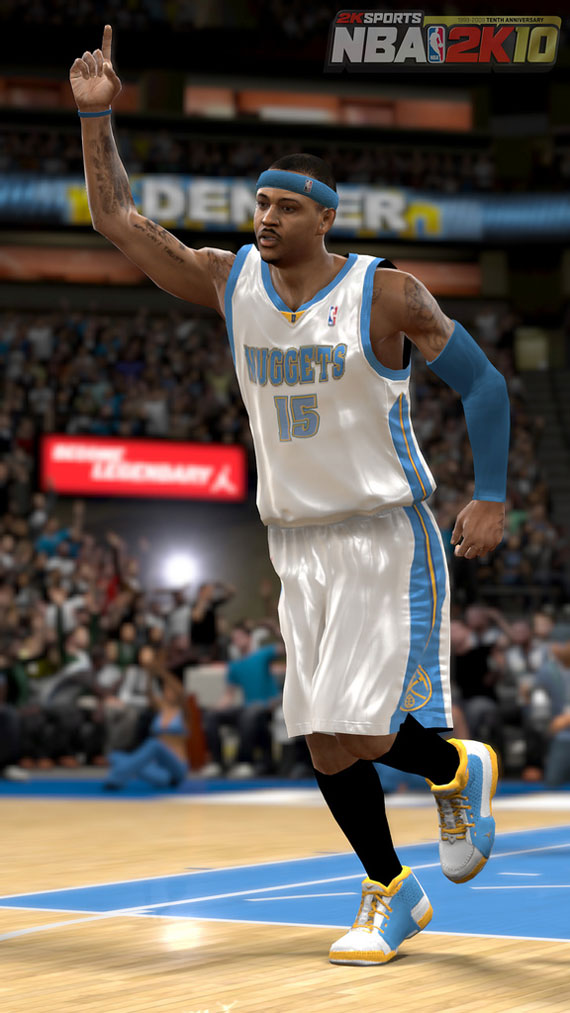 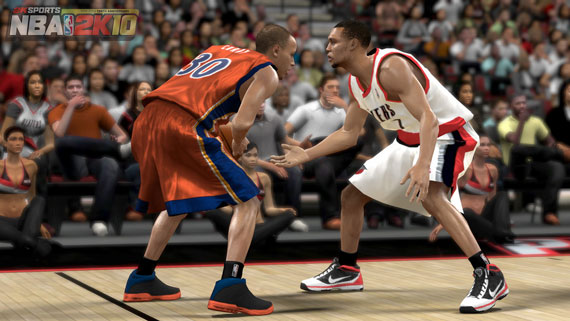 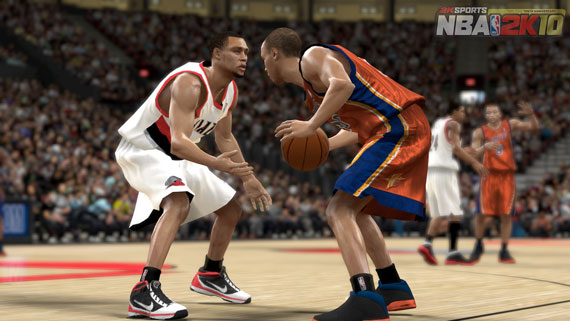 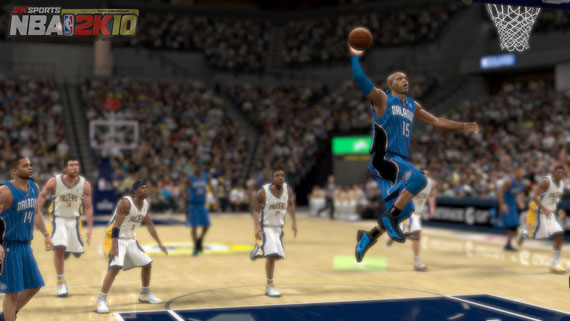 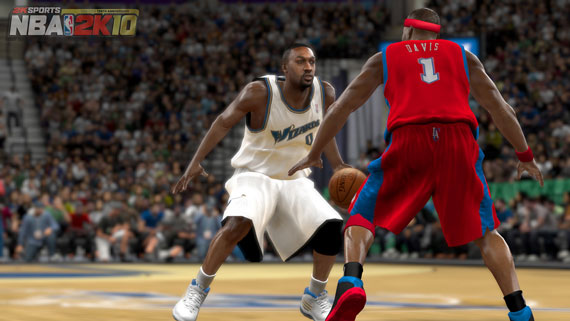 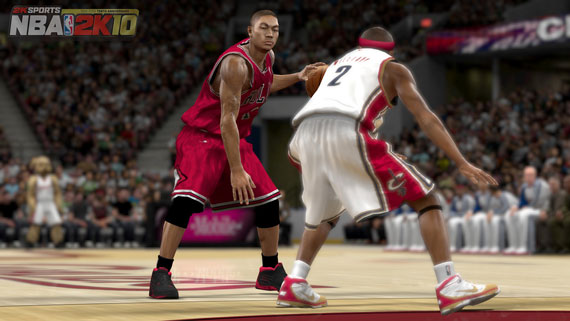 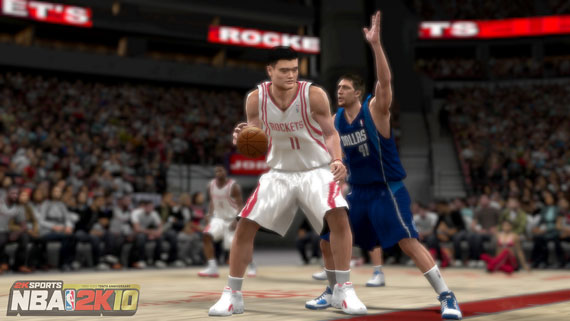 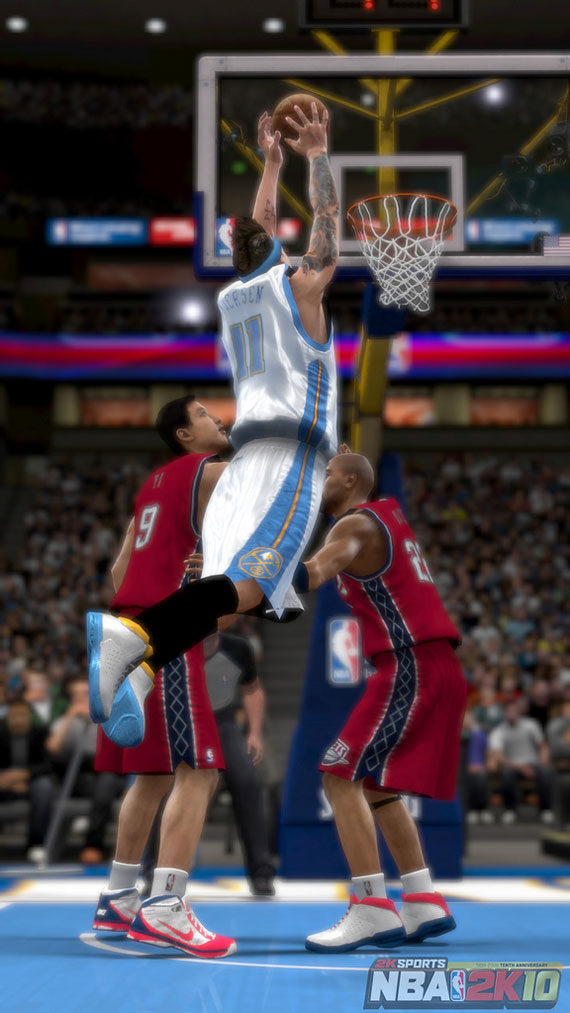