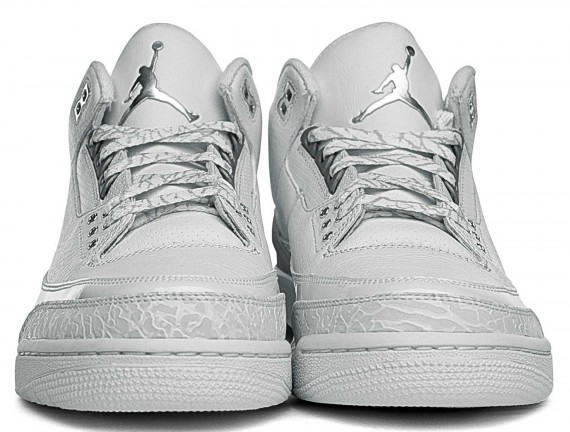 Sneakerheads collectively erupted with joy at the announcement this week that the 25th Anniversary Air Jordan III, IV and IX will all release on March 20th.  Only catch is, each model will only be available at some stores, so it will take a bit of coordination to get the entire set.  Well, if you happen to be in or have connects down South of the Border, you might be in luck.  Colmilludo reports that Mexican boutique Shelter will have these Pure Air Jordan IIIs starting on March 3rd, so you might be able to work with that (on eBay at the very least).  Take a look at some new photos after the jump and stick with Sneaker News for all the Air Jordan 25th Anniversary release dates.