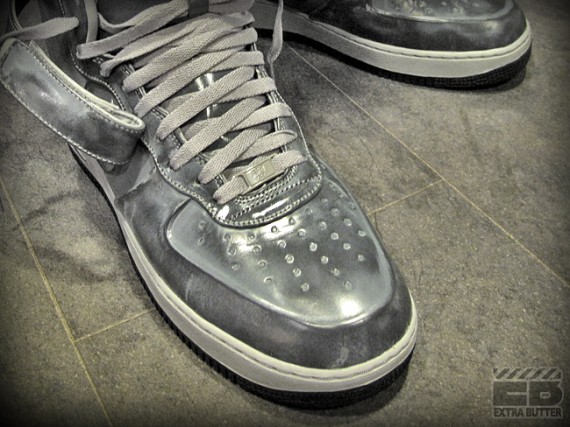 The Nike Sportswear VT collection isn’t done just yet, with a few more models still set to impact for the holiday season. One of the last ones to hit shelves is the Nike Air Force 1 High VT shown here in a mixture of shiny greys across the molded upper. The way the greys fade in and out gives this Nike Air Force 1 High VT Supreme release an extra bit of character, allowing for a bit more variation within the sneaker in contrast to the wool and tweed joints. Is this the VT release you’ve been waiting for or have you already had your fill of the Vac-Tech look? If you need them in your rotation be sure to hit up Extra Butter after you check out the rest of the photos after the jump.