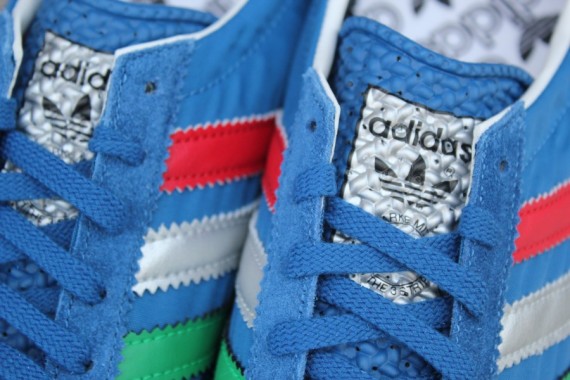 Mexico City played host to the 1968 Summer Games, and it looks like the flame wasn’t the only thing that carried over into the next Olympiad.  This new adidas Originals SL 72 adds colors quite similar to the Mexican flag to its lines initially cast for the medals podium at the ’72 Munich Games.  The nylon and suede build is in instant throwback to a simpler time for sneakers, yet they retain the kind of magic today’s lifestyle designers try to recreate in new ways.  So instead of embracing the new wave, consider the images after the jump and get your hands on a true classic like the SL 72 at Three Stripes retailers like Mr. R Sports.  via ITSB