Before you realize it, the NBA regular season will be over, and the Sneaker News staff will have to think long and hard about which player will be crowned the MVP of NBA Feet. Nate Robinson is a candidate worthy of notice, but was he a top contender? Despite his impressive Air Jordan rotation, he might’ve needed something to push him over the top Stallone-style, and tonight’s sneaker selection against the San Antonio Spurs might’ve put him in MVP contention. For part of the game, Nate Robinson broke out the Nike Air Yeezy 2 in the earth-shattering ‘Solar Red’ colorway – an in-game equipment selection so bold that teammate Taj Gibson couldn’t help put take a picture and call his teammate “crazy”. Of course, NateRob balled in Yeezy 2s before, but this would be the first time he’s done so in an NBA game. Check out Nate Robinson in the Air Yeezy 2 below and let us know if this makes him the NBA Feet MVP of the 2012-2013 season. 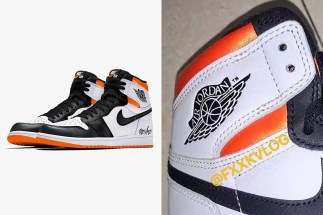