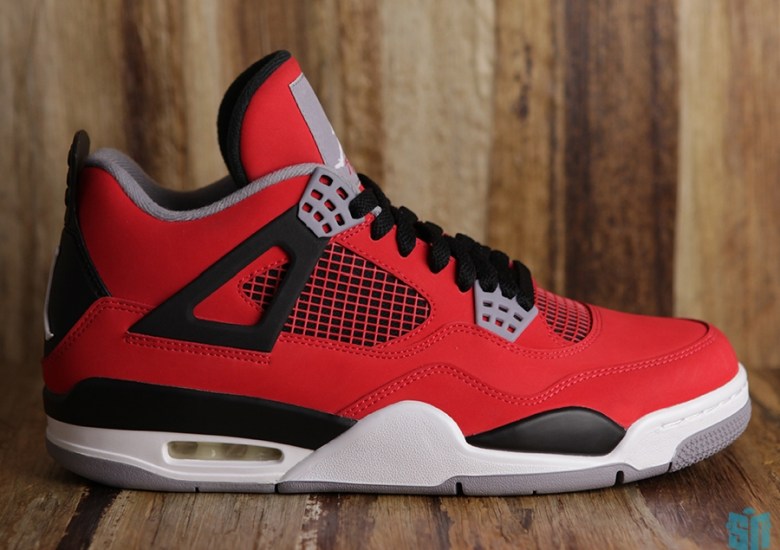 The Air Jordan IV is back, and it’s outfitted this time with one of the most exciting retro+ colorways we’ve ever seen. That would be the “Toro” combo, one that lets fire red take over the entirety of the synthetic nubuck panels up top. The red thing has of course been done on retros before, but it’s not one that comes around too terribly often. Hit the jump with us for a refresher on the Air Jordan IV “Toro”, releasing tomorrow, July 13th, and tell us in the comments if they’re going to be on your feet by the weekend’s end. Also, if you wanna dodge some release date madness then see what’s on eBay now.