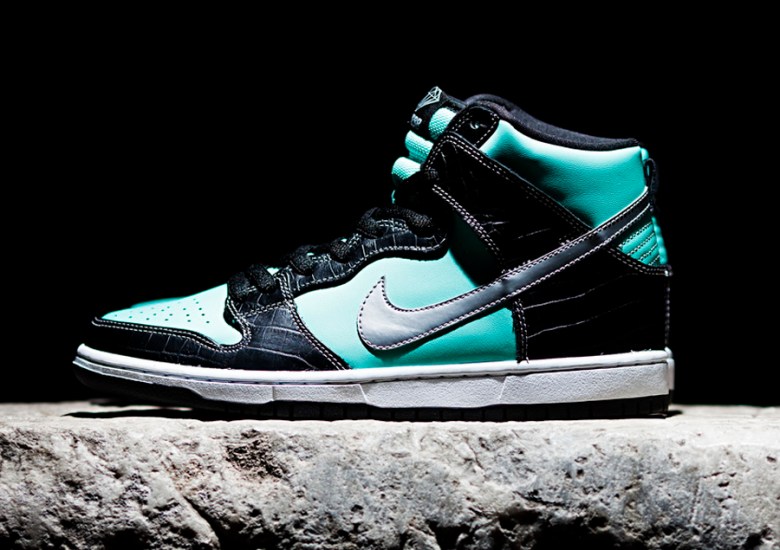 Diamonds Are Forever: “Tiffany” Returns to the Nike SB Dunk 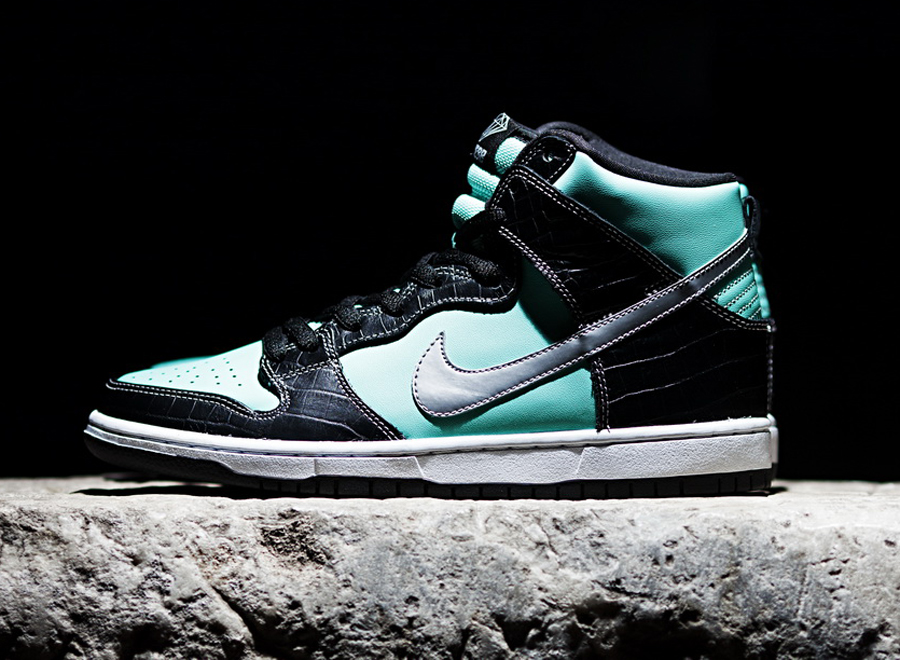 Remember when the revisiting of Nike SB Dunk classics was a new development, or even a mere possibility that we thought would never really be toyed around with? The past couple of years have had plenty of sequel styles in that vein: the Nike SB Dunk Low “Pushead 2” was a “bleached” version of the OG, the Supreme x Nike SB Dunk Low from 2012 merely flipped one color, just to name a couple. The successor to those styles is the Nike SB Dunk High “Tiffany” that brings back another undisputed classic from the heyday of the Dunk craze, and while the sneakers were only recently confirmed by Diamond Suppply Co’s headman Nicky recently, there were plenty of pieces of evidence along the way leading up to their eventual release. Are you glad that this sneaker – one that many regard among the best ever – is coming back in an altered form?

In August of last year Nicky mentioned that there was something new coming from the Diamond x Nike SB partnership. A couple months later it was revealed that this season’s Nike SB boxes would come in a rather Tiffany looking aqua tone, which plenty took as a harbinger of this release. And then, somewhere towards the end of last year, the first samples started to show up. From there it was only a matter of time and the usual cycle started before we finally received an official confirmation from both Nike and Diamonds. What’s interesting to note is that the shoes should be a decent amount more available than their predecessor: the Nike SB Dunk High “Tiffany” will be available at Nikestore, among other places, on the February 8th launch date. Continue reading for more images of the upcoming release and give us a heads up in the comments if it’s one that’s on your radar for February. 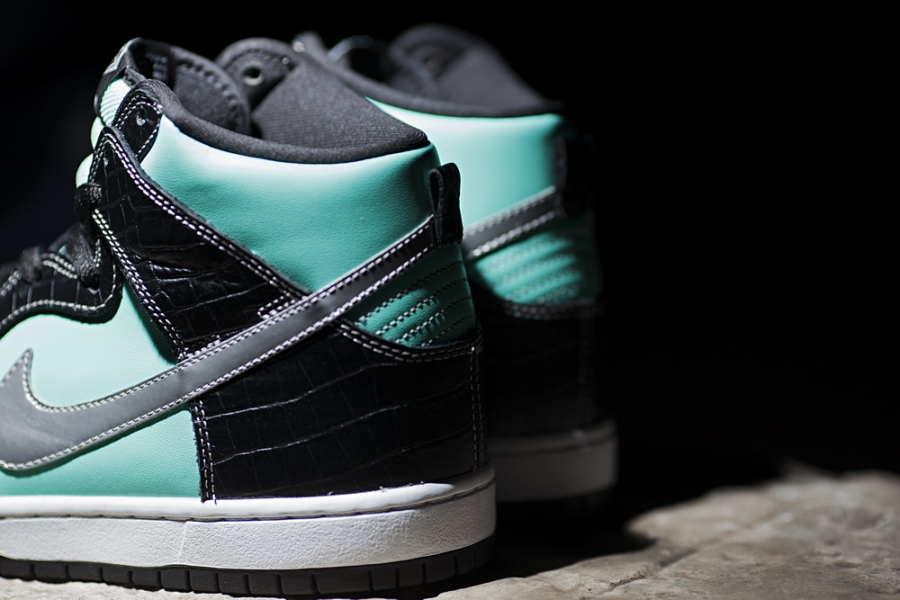 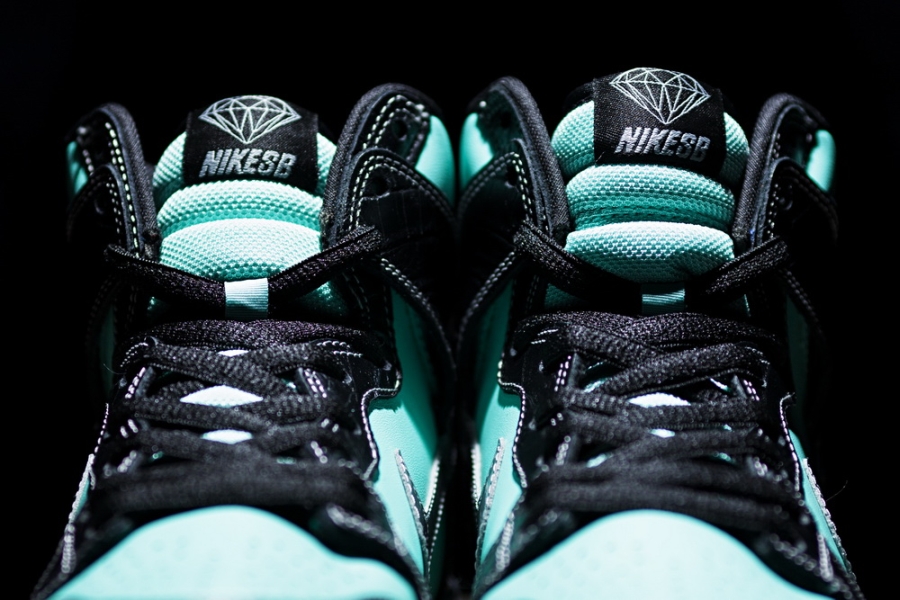