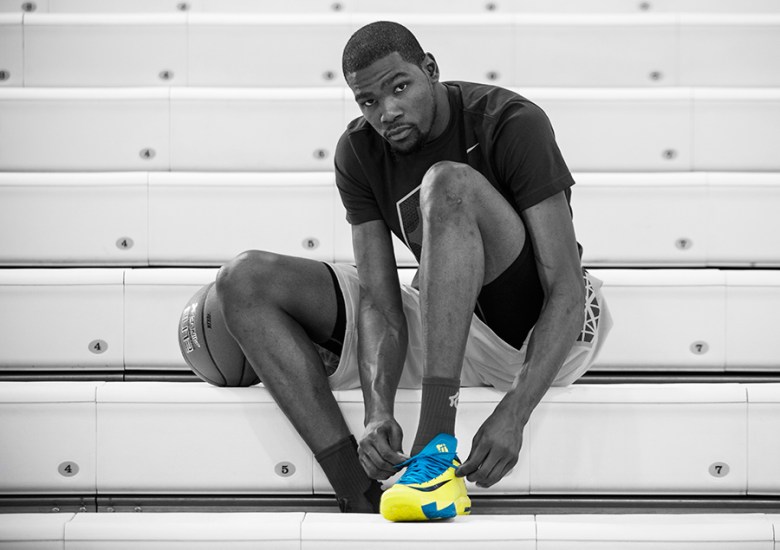 Fit For An MVP: The Best Nike KD 6 Releases 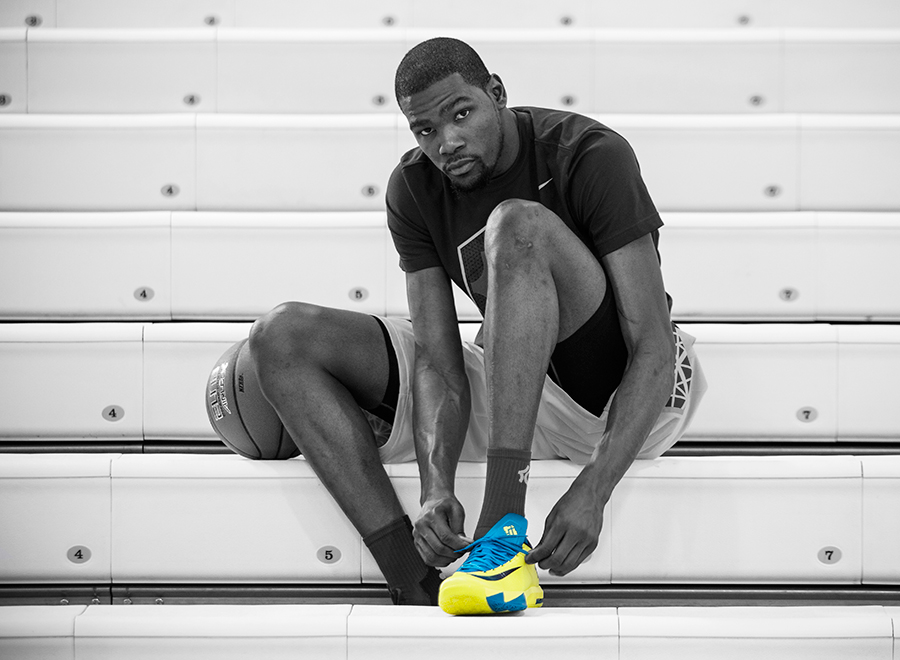 Kevin Durant’s accolades and skill set have grown in unison with his Nike sneaker line. With each year since he entered the league back in 2007 he has evolved into a stronger player and a better leader – this year’s MVP season speaks volumes to that. At the same time we’ve seen his sneaker line get more and more recognition thanks to the likes of Leo Chang’s eye for design and a blitz of coveted colorways. The numbers are there to support that claim too: the gap between Durant and LeBron in terms of sneaker sales figures continues to close, and the former brought in a whopping $175 million for Nike in 2013.

With Durant in Playoffs mode and the Nike KD 7 approaching, now seems as good a time as any to take a look back at the shoes that showed up during his first ever MVP season. Of course most of these pairs fall outside of the lines of the typical OKC, team based releases, so they weren’t necessarily the most present in terms of on-court wears. Instead, they are the ones that the public latched on to and the ones that history will most fondly recall when looking back on the Nike KD 6. Continue reading for our collection of the top Nike KD VI pairs out there and let us know in the comments which you think is the MVP of the KD 6 signature model. 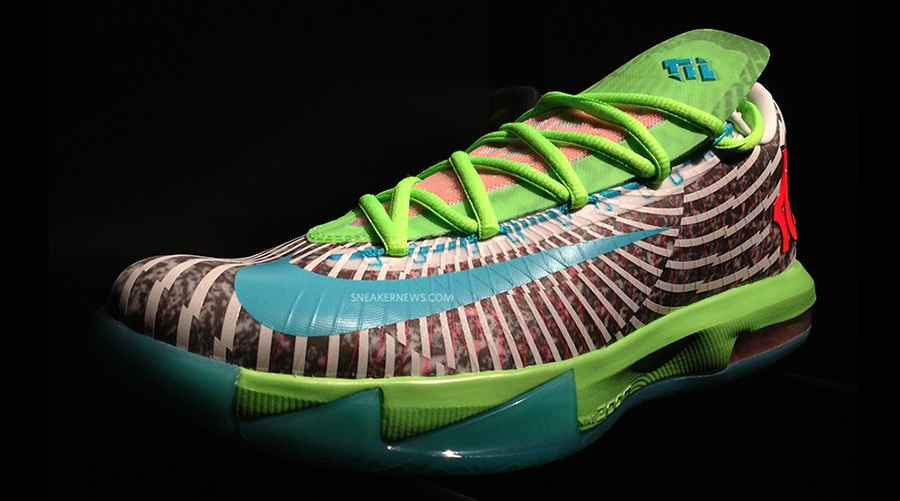 Showing up as sort of a surprise release before the Nike KD 6 really got going was this Supreme version of the sneakers. The “DC Preheat” illuminated the precision watch style swirling graphics of the upper with some reflective touches, and they’re still one of the tougher ones to grab. 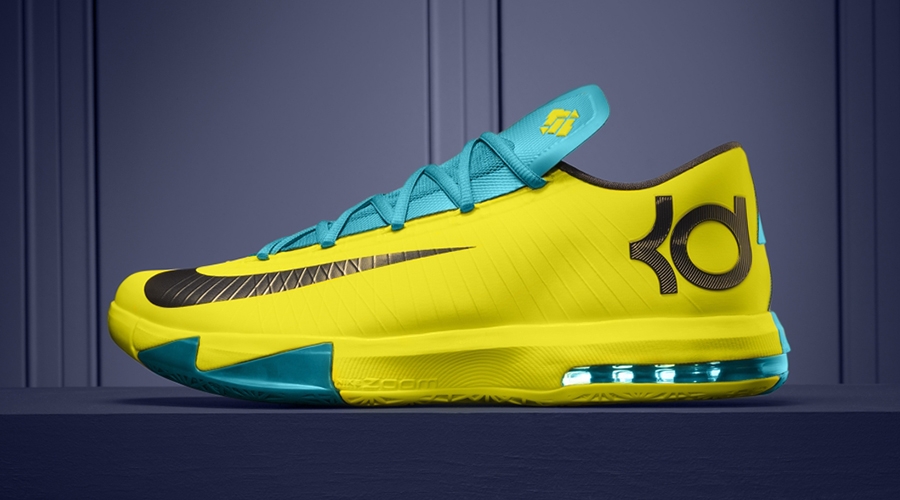 The Nike KD 6 “Seat Pleasant” was the pair floating around for the longest leading up to the official release of the sneakers. And when the launch came, this pair was front and center. The “Seat Pleasant” found its inspiration at a rec center that Durant played at in his youth – specifically the teal and yellow of the doormat in that building back in Maryland. 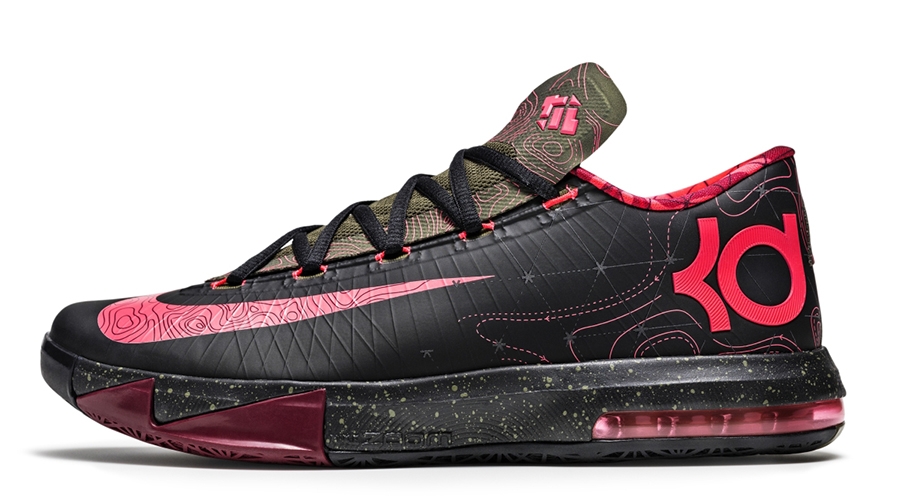 Nike Basketball wasn’t content with merely revisiting the “Weatherman” theme that had been such a huge hit back on the Nike Zoom KD IV. Instead they came with the “Meteorology”, which switched up the colors but kept the weather radar/topographical touches. 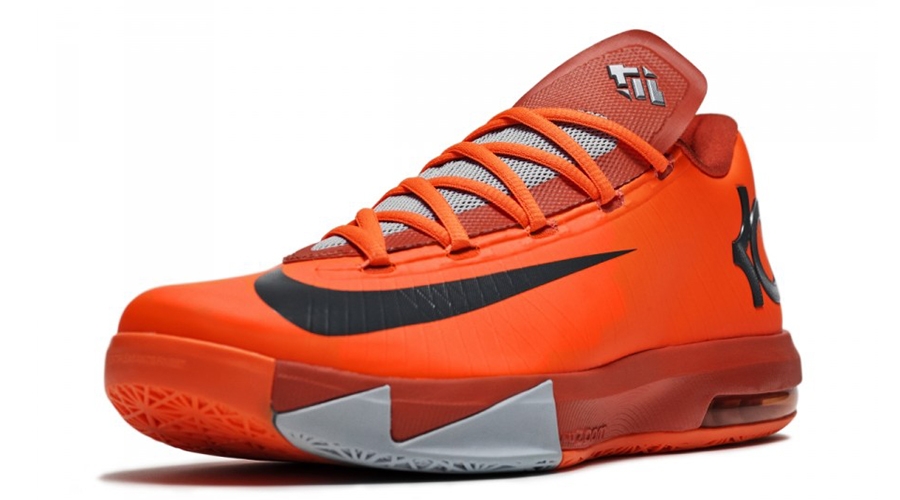 No, that’s not another “Creamsicle” colorway. This vibrant orange Nike KD 6 instead referenced a trip that Durant took to NYC where he casually scored 66 points at Rucker Park. That lockout-era lore resulted in this pair, which borrowed the orange that NYC’s sports squads share. 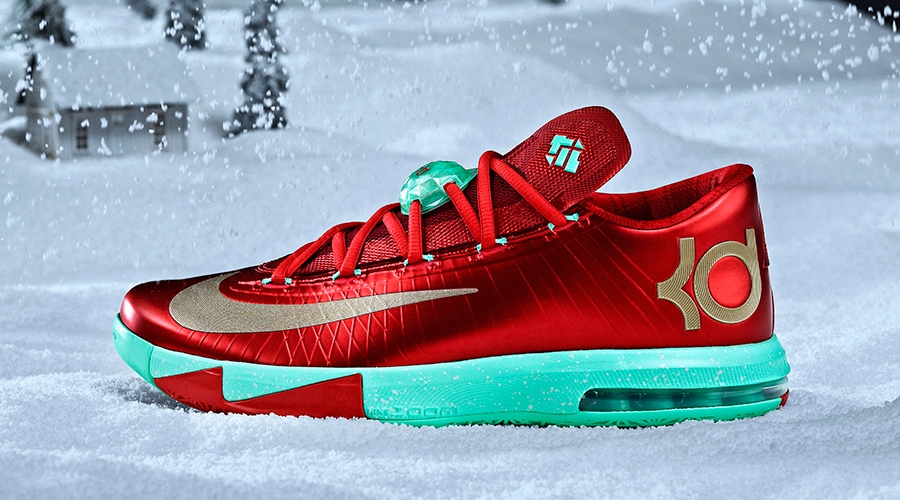 The best that a Christmas sweater has ever looked. For Holiday 2014 the Nike KD 6 went into festive mode with this Fair Isle style. Did we mention that they’ve got a big Christmas ornament as a lacelock? 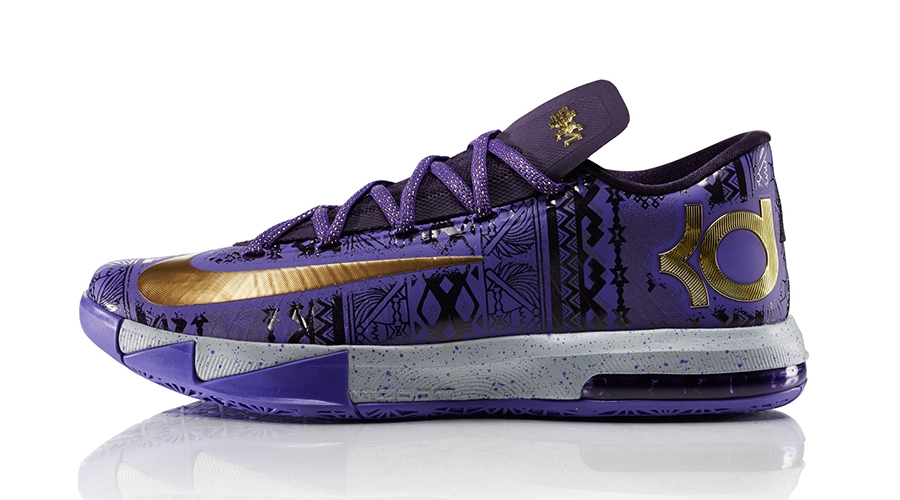 Nike Basketball’s 2014 “Black History Month” collection was a regal looking one that donned varying degrees of black, purple, and gold. Kevin Durant’s pair ended up as the most colorful thanks to the heavy bits of purple and that shimmering gold KD logo on the back end. 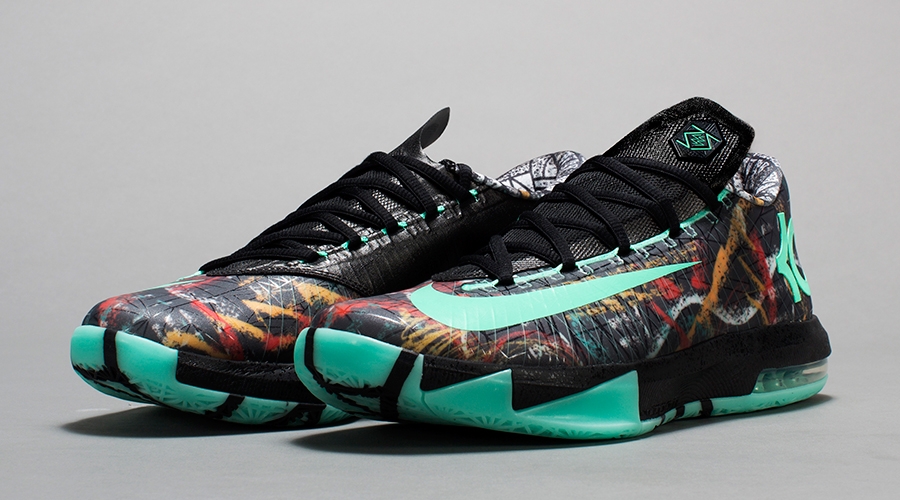 A little bit of Nike myth making had their Big Three sneakers rocking some Creole flavor this year. The Nike KD 6 “All Star” had an illusion theme that wore ghostly graphics and a glow in the dark outsole that signified his on-court spark. 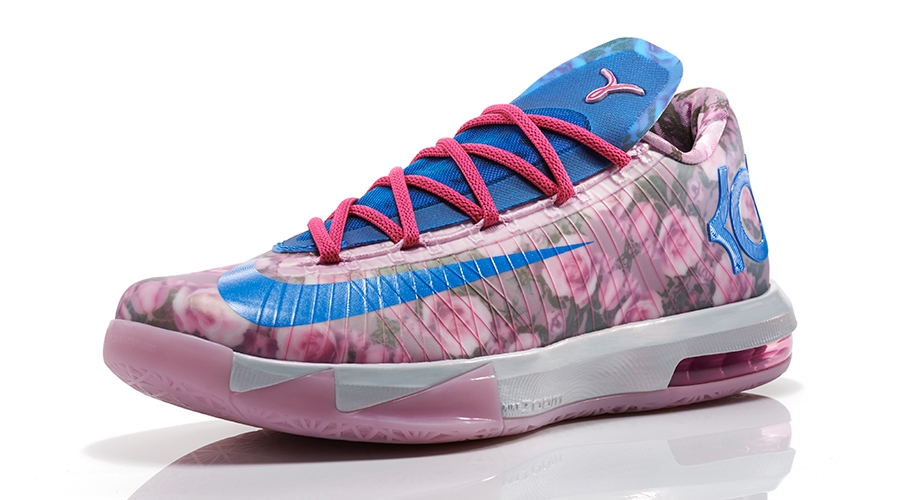 The Aunt Pearl has become a critical edition for the Nike KD line. This year brought the flowers in full force (They weren’t the only floral pair of KDs to hit in 2014 either). The tribute colorway was even finished off with the all-important Kay Yow Cancer Fund logo on the tongue. 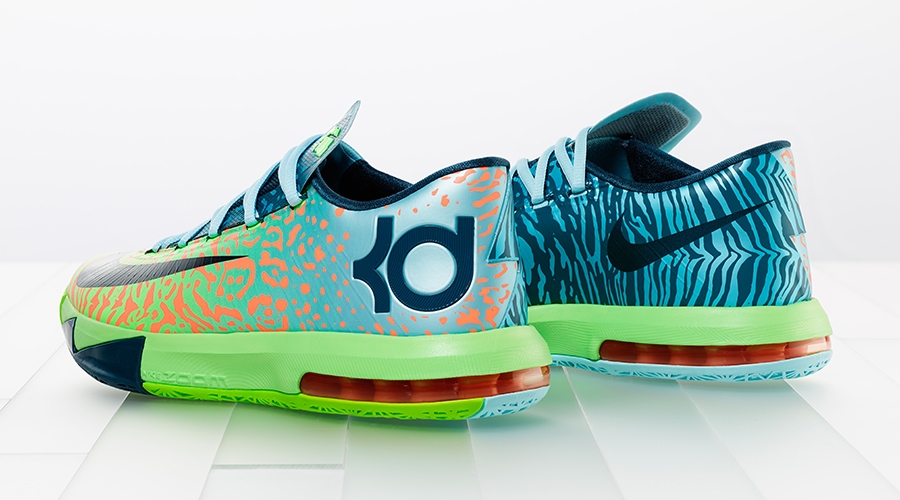 What do you get when you combine a lion and a tiger? A liger, of course. Hopefully you also got this pair, which again showed the sneaker’s graphic prowess with its wild combination of stripes, spots, and bright colors. 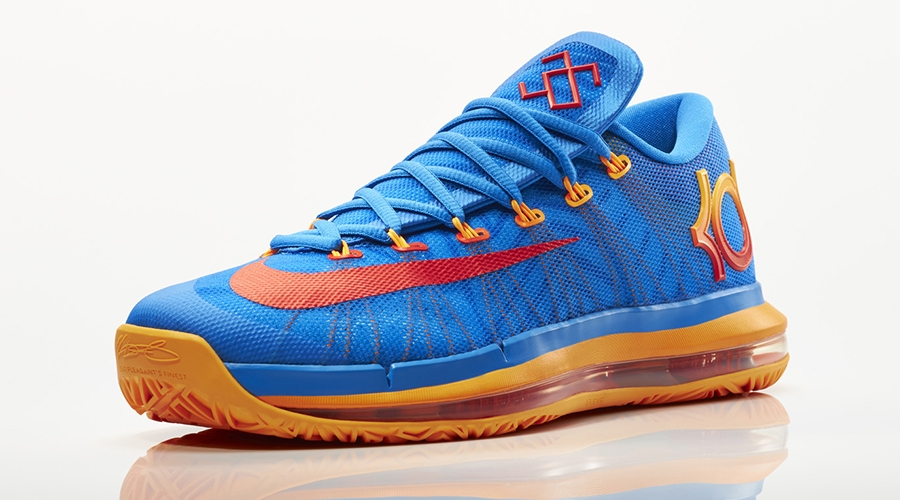 Kevin Durant definitely earned the right to a post-season sneaker this year with his ferocious scoring throughout the regular season. What resulted was the Nike KD 6 Elite, a sneaker that looked particularly good in this “Team” version that threw in some Thunder flavor. 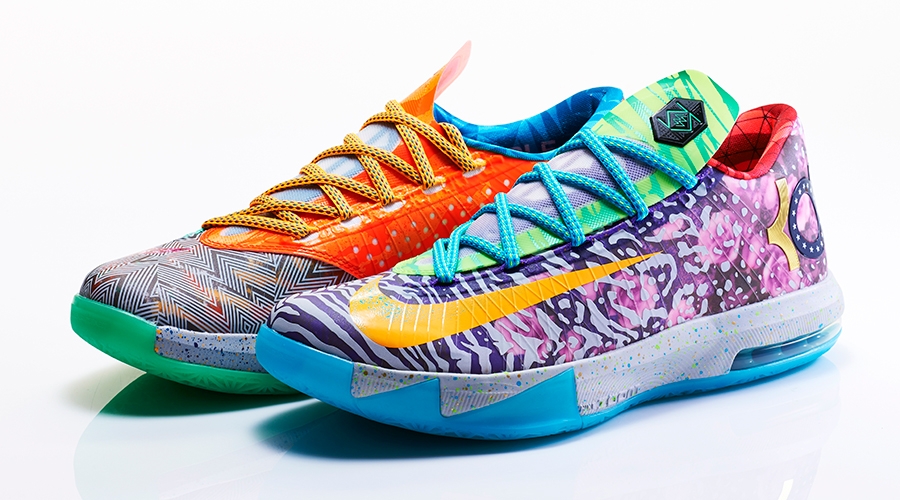 35 different patterns, graphics, and colors crammed into one pair? What the KD? They’re not out just yet, but you can bet that when the What the KD 6 does touch down, it will be one of the most sought after for this year’s string of Kevin Durant sneakers.

Read More: What the KD 6