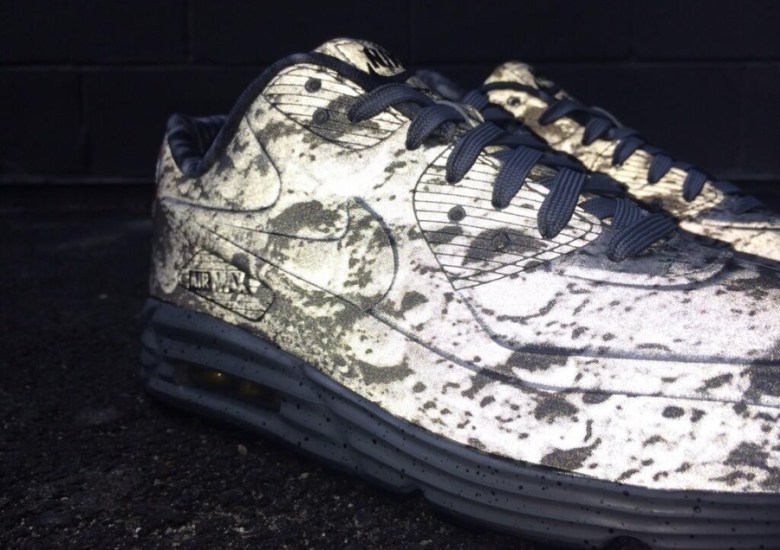 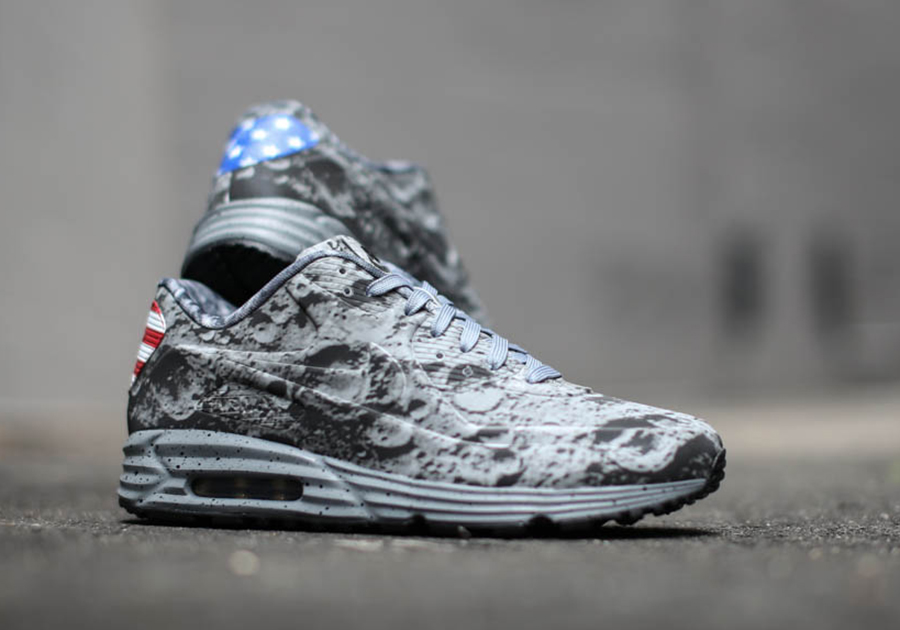 This Nike Lunar version of the classic Air Max 90 silhouette will be taking full advantage of the Lunar part of the equation with this new pair, whose upper has a graphic looking rather like the surface of the moon. The shoe also has a separate stars/stripes motif for the back badges found on the left and right shoes, respectively, as reference to Neil Armstrong’s small step for man made on July 20th, 1969. Bodega is the only store so far that have reported pairs for this weekend, but don’t be surprised if some other top-tier NSW accounts chime in with similar reports. See the Nike Air Max Lunar 90 SP “USA” below and best of luck in purchasing a pair. 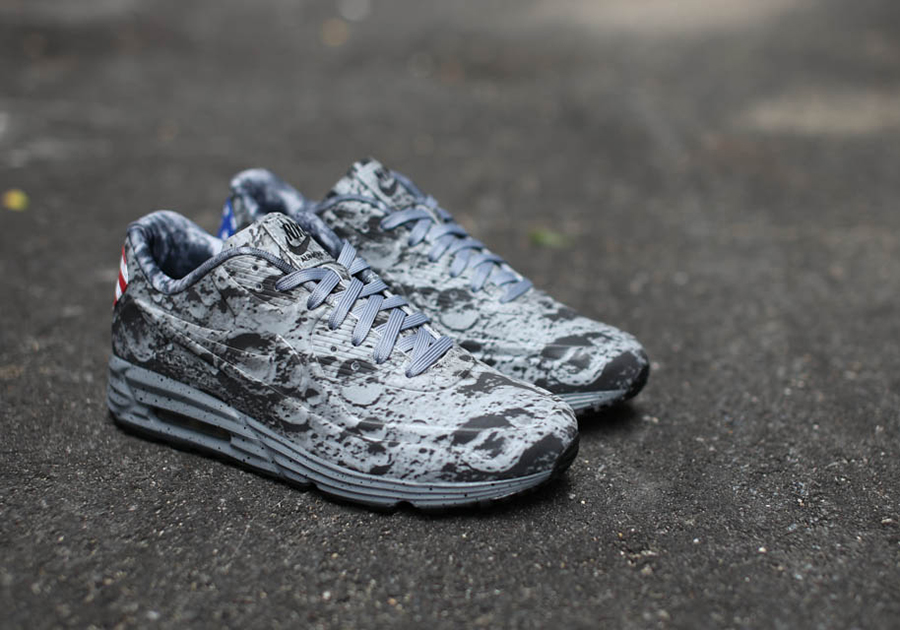 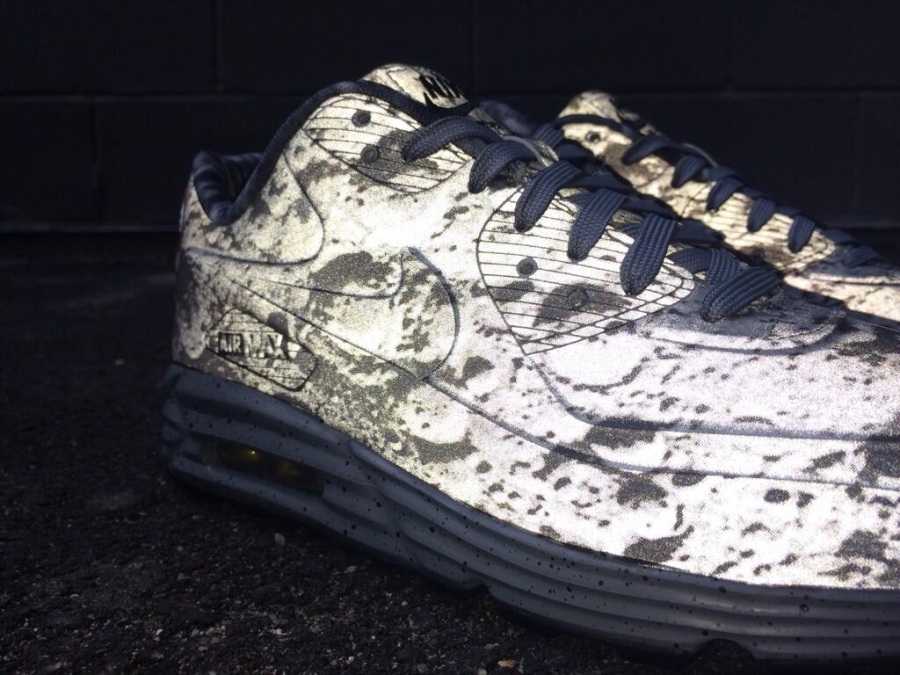 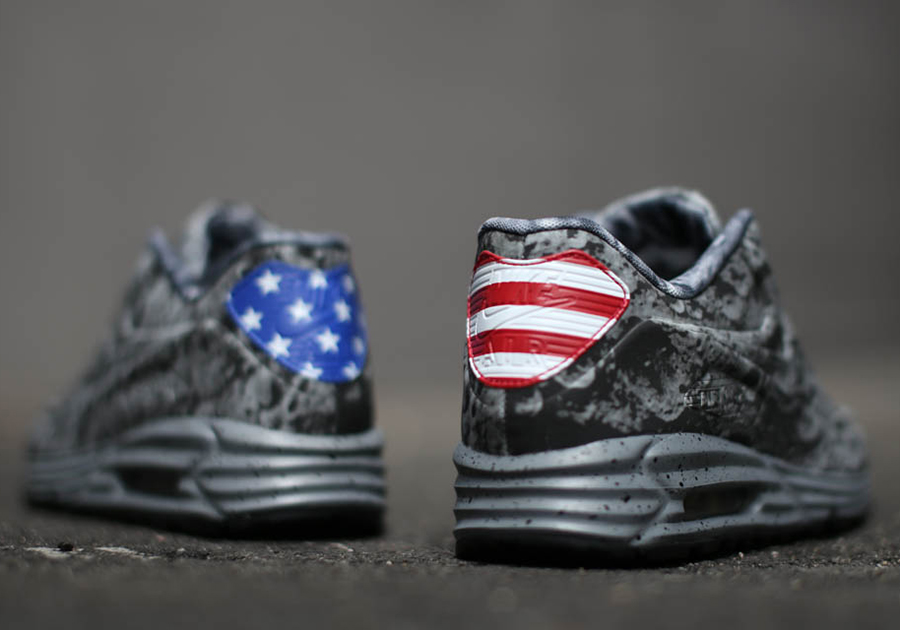 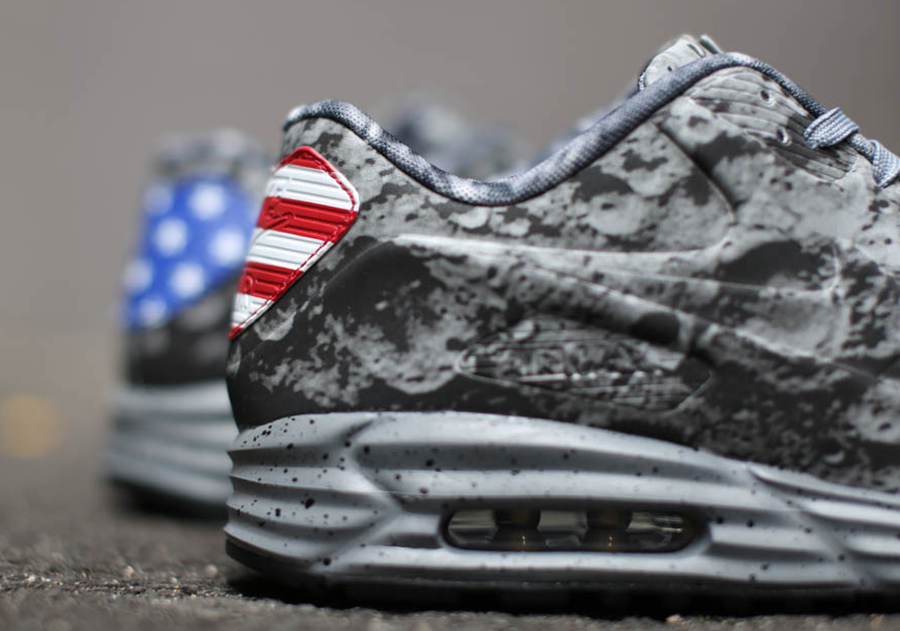