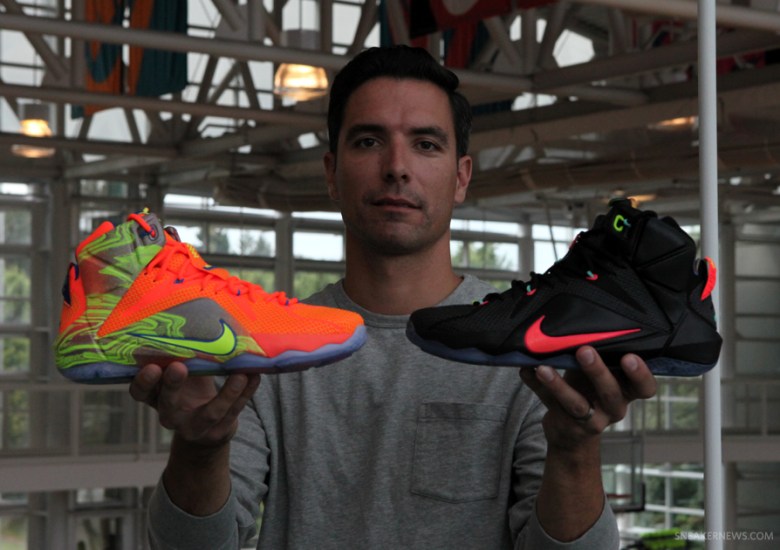 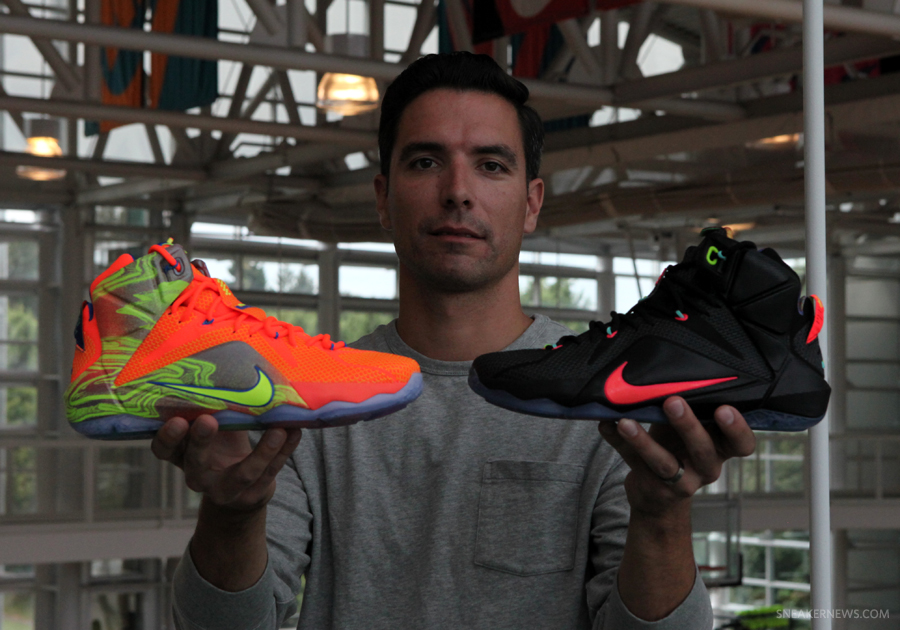 Perhaps the most integral playmaker of a successful sneaker launch is the jaw-dropping debut colorway. Nike has coined that term as “Pre-heat”, which over the years have included memorable designs like the “Masterpiece”, King’s Pride”, “D.C.”, and more. For the LeBron 12, Nike went deep seven times, introducing to us a handful of awesome colorways that will be made available over the course of the next three months. The man responsible for these visual statements is Eugene Rogers; as the Nike Basketball Color Lead, Rogers, with his team of talented color experts, has changed the industry with storytelling interpreted through bright tones and patterns.

During the LeBron 12 launch, Rogers walked us through the seven colorways of the shoe, detailing the inspiration and implementation of each concept. At the core of the entire collection is LeBron James’ physical skill-set interpreted in a variety of different ways, and it all starts at the Nike Sports Research Lab where the world’s finest in the field help the brand apply science into the materials and how they’re designed. Get a closer look at the seven upcoming LeBron 12 releases with direct commentary from Eugene Rogers below, and stay tuned to Sneaker News for more on the LeBron 12 signature shoe. 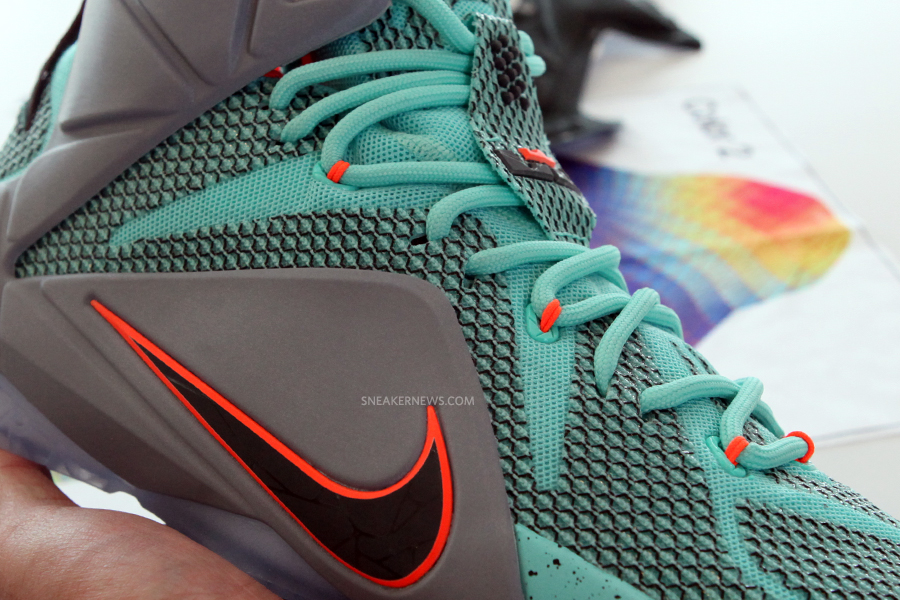 “For the design team, most of all, was to tell the story of the NSRL. It’s a story that’s never been told before and until we had our conversation yesterday, nobody really picked up on it. Nike is like the Disney World to a sneaker person, and we really wanted to get that story out there – all the resources we have and all the things that go on behind the scenes more than anything else. Looking at different lab inspirations like stainless grey, or the turquoise when you think about beakers and the liquids inside them, and the hot neon orange, which makes you think of ‘Do Not Enter’ signs.” 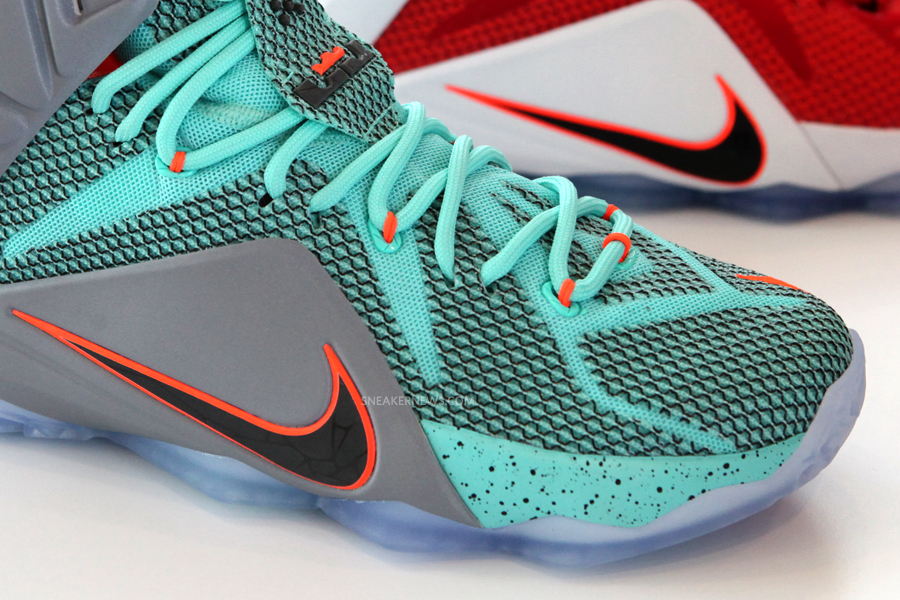 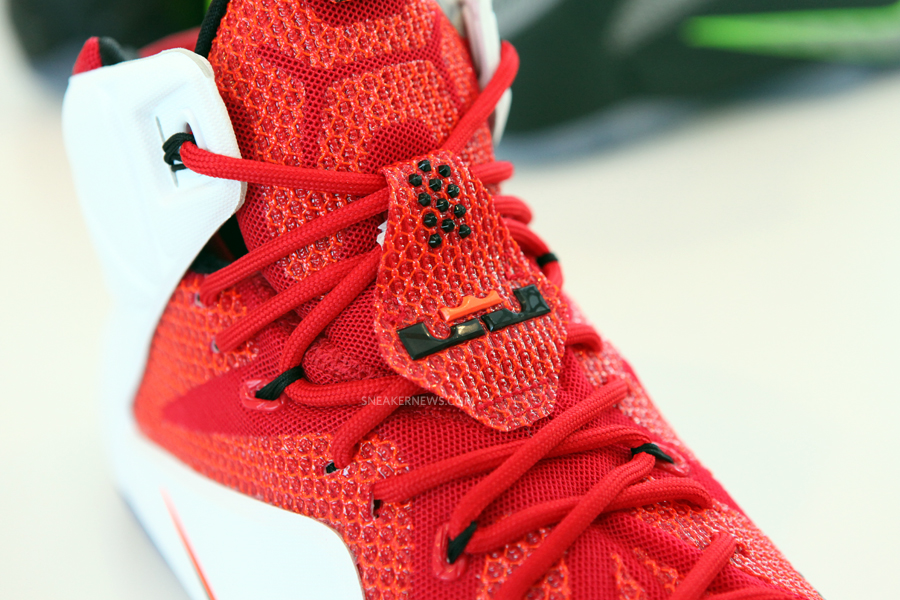 HEART OF THE LION – The “Home” colorway. Releases on October 30th.

“What we set out to do with the Heart of the Lion was the clean it up a bit, give it this super-iconic block so when you see the shoe on court, you’ll know it’s LeBron’s shoe, and even with the red MegaFuse on the upper – when LeBron’s foot is pumping through the shoe during his movements, it looks like a beating heart and the veins are working inside the shoe.” 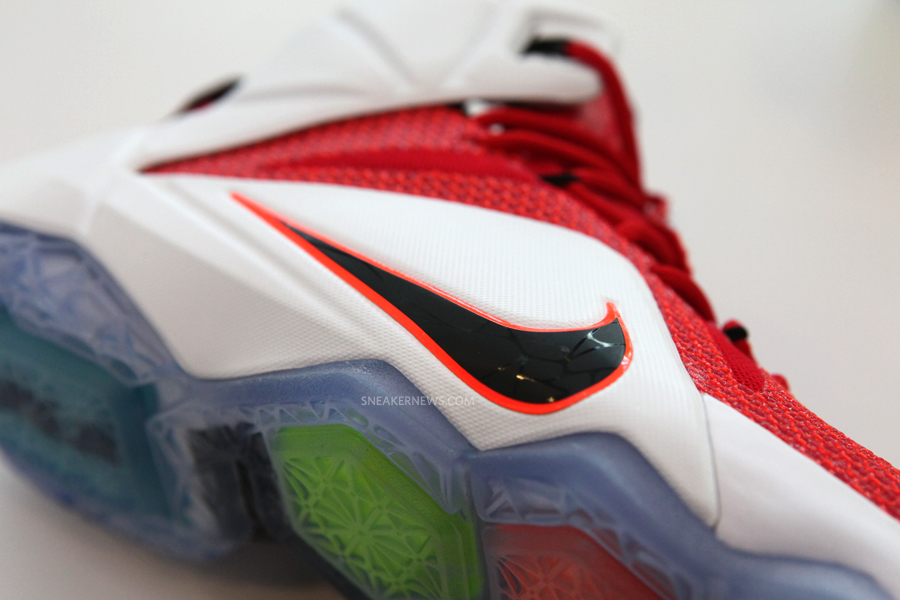 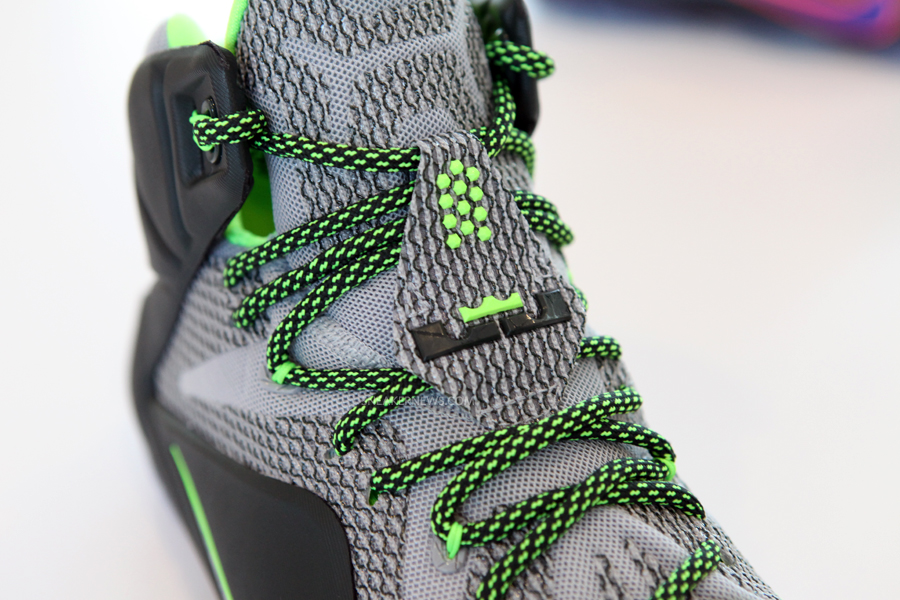 DUNK FORCE – LeBron’s arm speed during a dunk is faster than a helicopter blade. Releases on November 11th

“For the design team, LeBron’s dunking power was the initial fact that kicked us off down this road, to explore the true science behind all of his attributes and physical traits. To combine a legacy story in the Dunkman that LeBron has and to find that new chapter and marry it with the inspiration of the helicopter led to that the matte finish on the Hyperposite upper.” 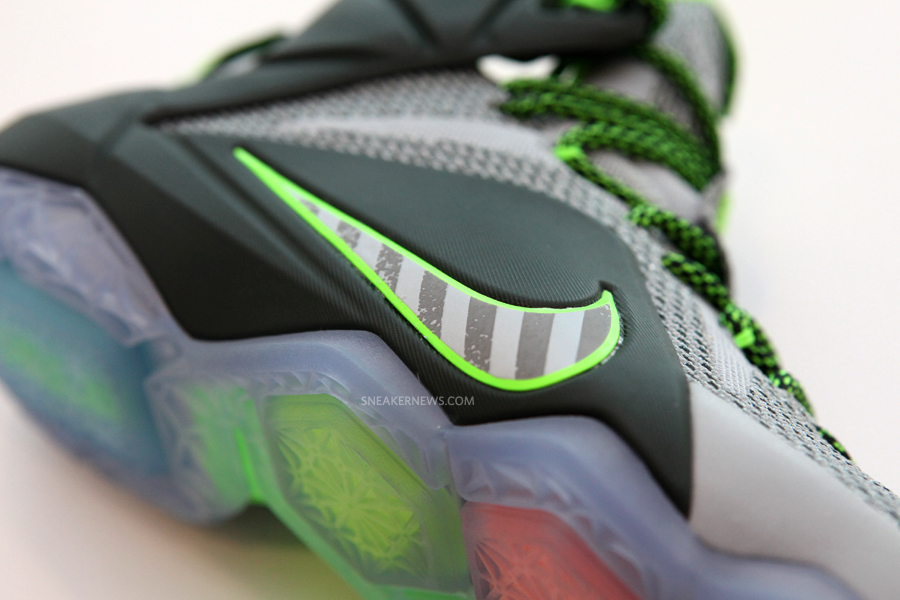 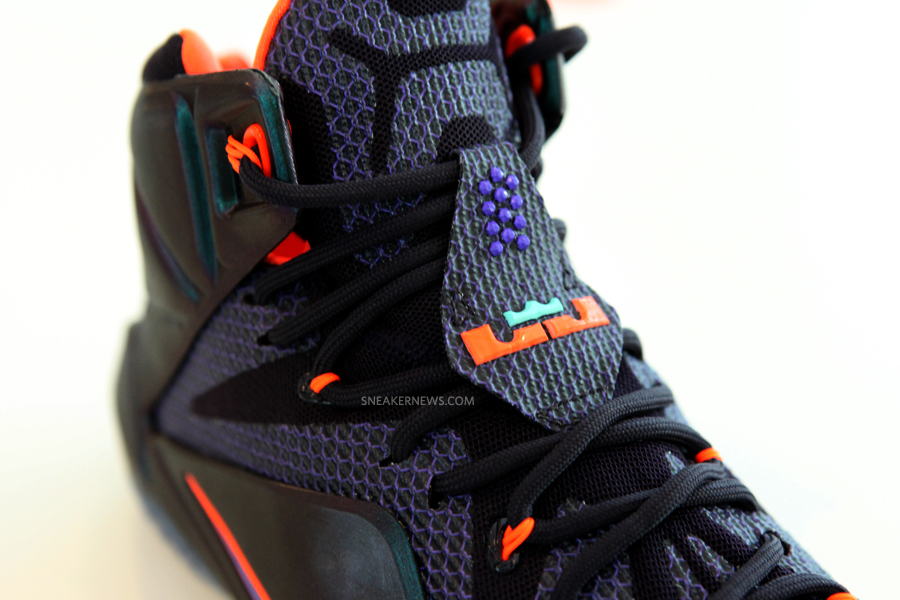 INSTINCT – The moment you spot a hummingbird, it’s gone in split seconds. Releases on November 22nd

“We really used the hummingbird as a muse to portray the dynamic nature in which LeBron moves during a game. The purple-to-green color-shift on the Hyperposite gives it that super-premium feel while mimicking the lightning-quick movements of the hummingbird’s wings.” 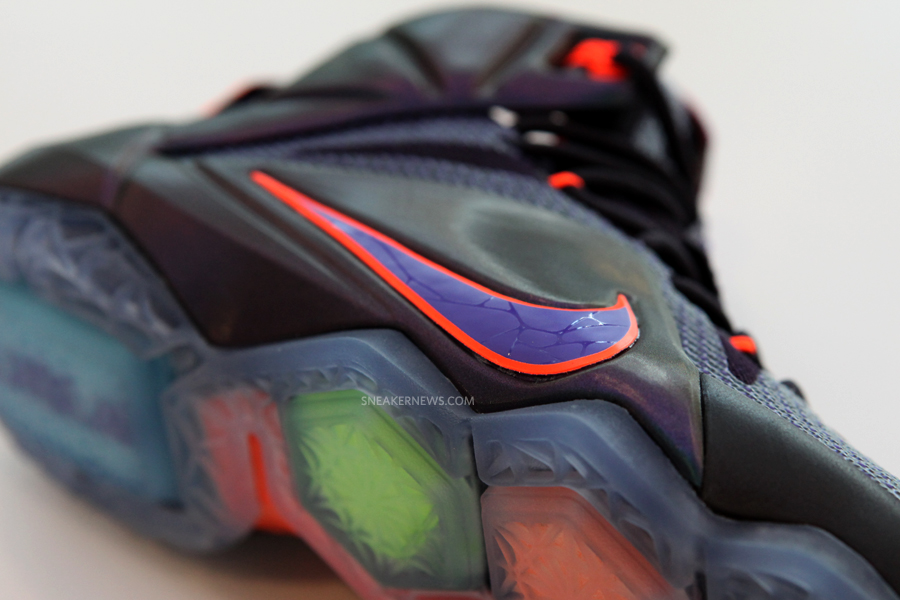 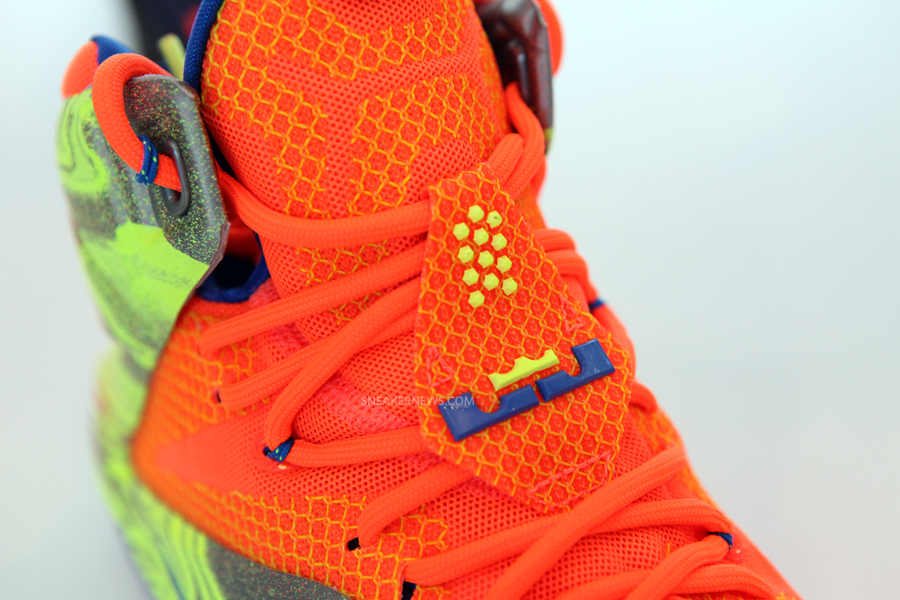 “Again, we kinda geek out on numerology and things like that. Looking back to when LeBron was wearing the number 6, you have 6 Zoom pods on the sole, to foot massage being a part of his thing, and also from a Chinese perspective, healthy foot – healthy body. The energy flow is key as well – the energy you get from the Zoom travels up from the bottom and to your foot, and Erick Goto set out to create a filter on the Posite to capture the idea of energy flow. 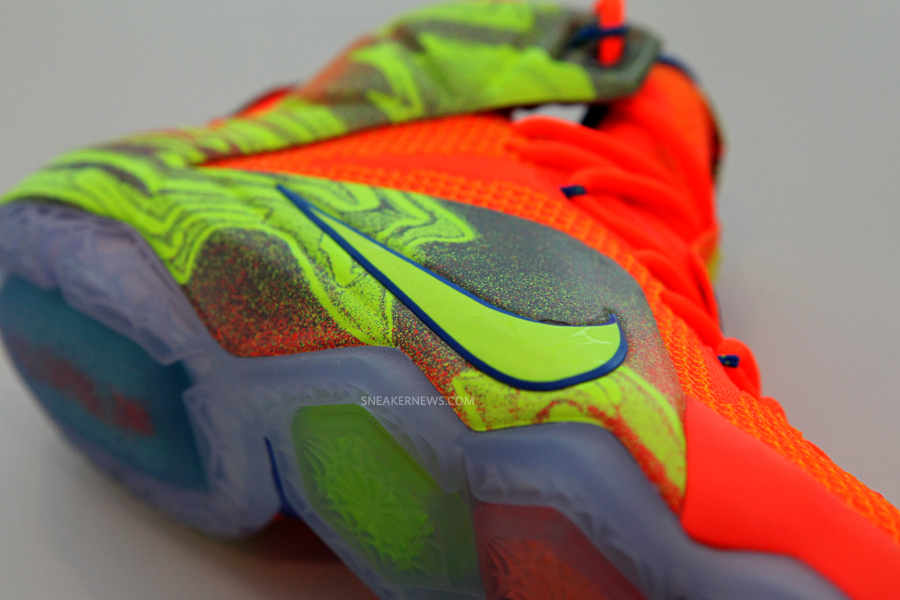 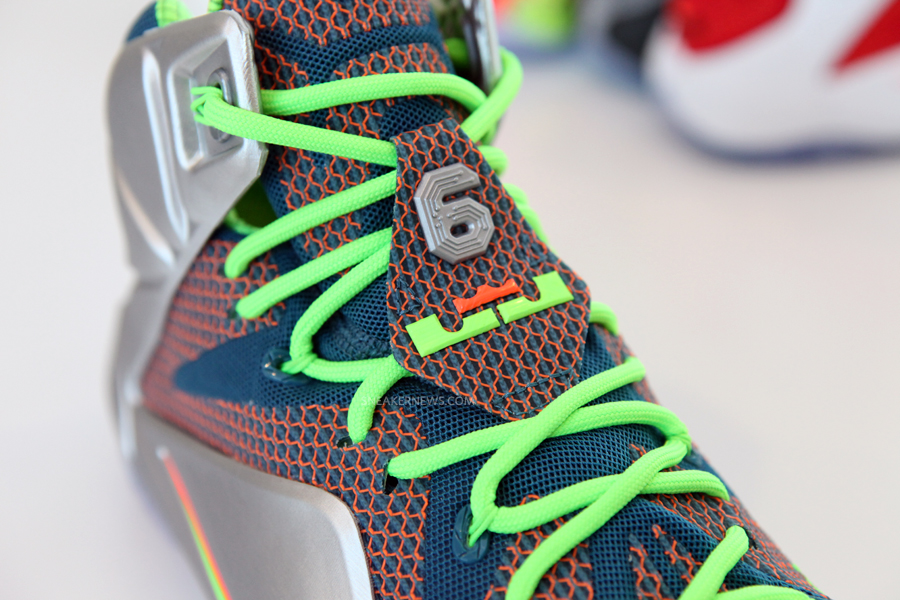 “It’s kinda like a next chapter in a story. Thinking about that 70’s superhero who was made better through technology, in the same way we take LeBron and put him through the NSRL and help him reach the next level of his basketball game, and that our starting point. One thing you’ll see is that we put the motherboard graphic on the Zoom pods, so that’s a cool detail that’ll show through and speak on technology and things like that. 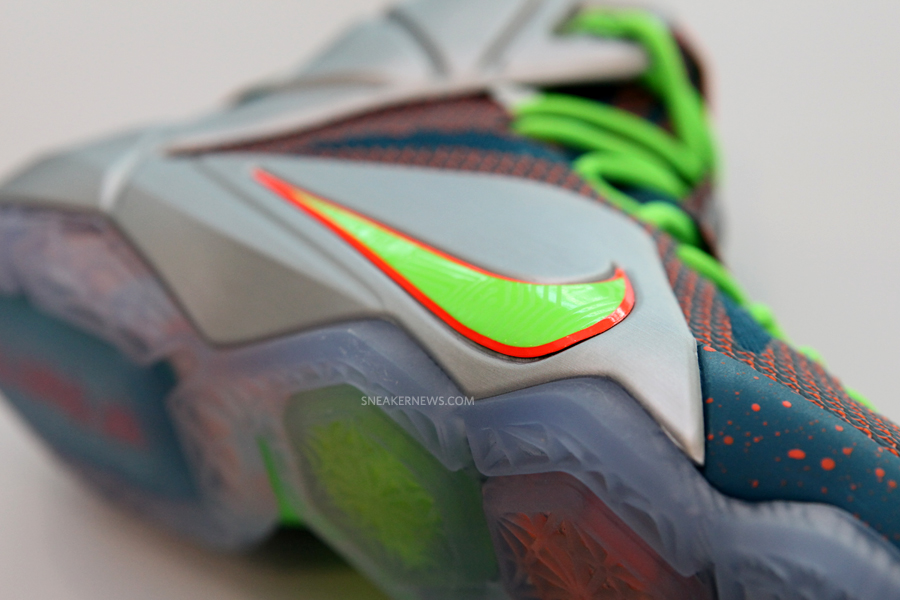 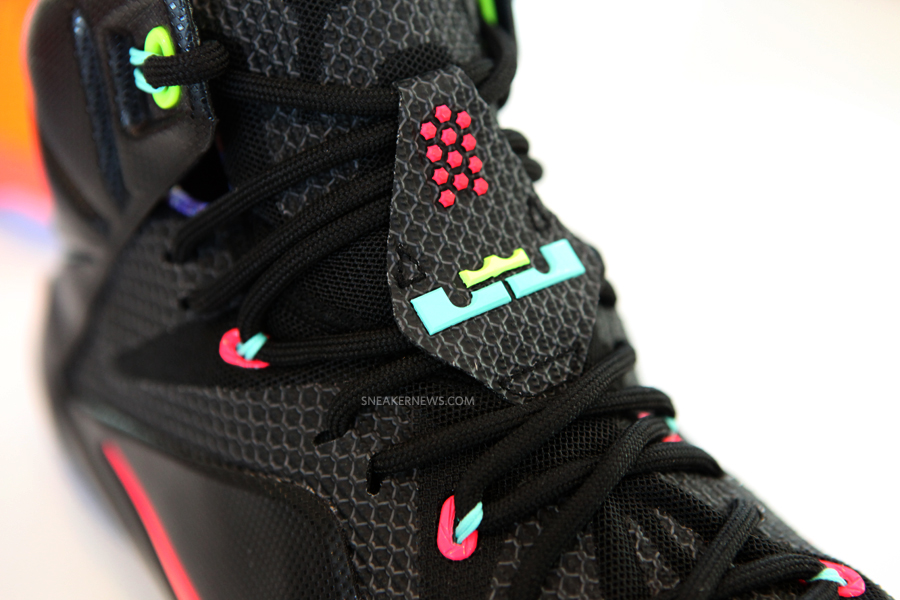 “Some of the colorways are more focused than others, so for this one it’s kinda like turning it all off and focusing on data – the lining isn’t just a familiar print with colors on it, it’s a coded info graphic of his Player Efficiency Rating (PER) for the season. 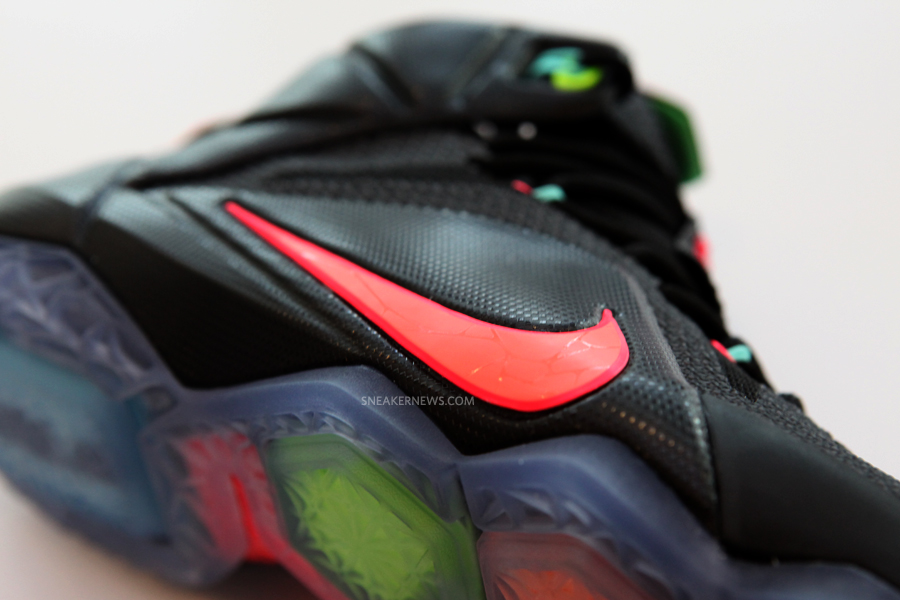