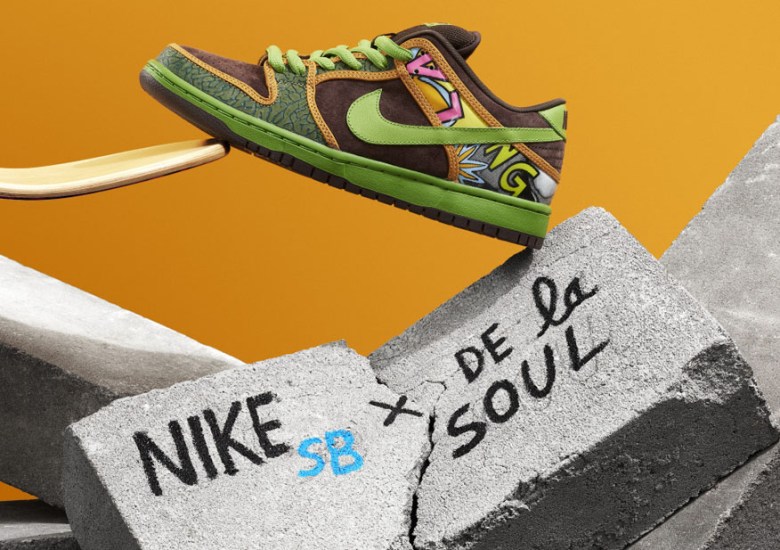 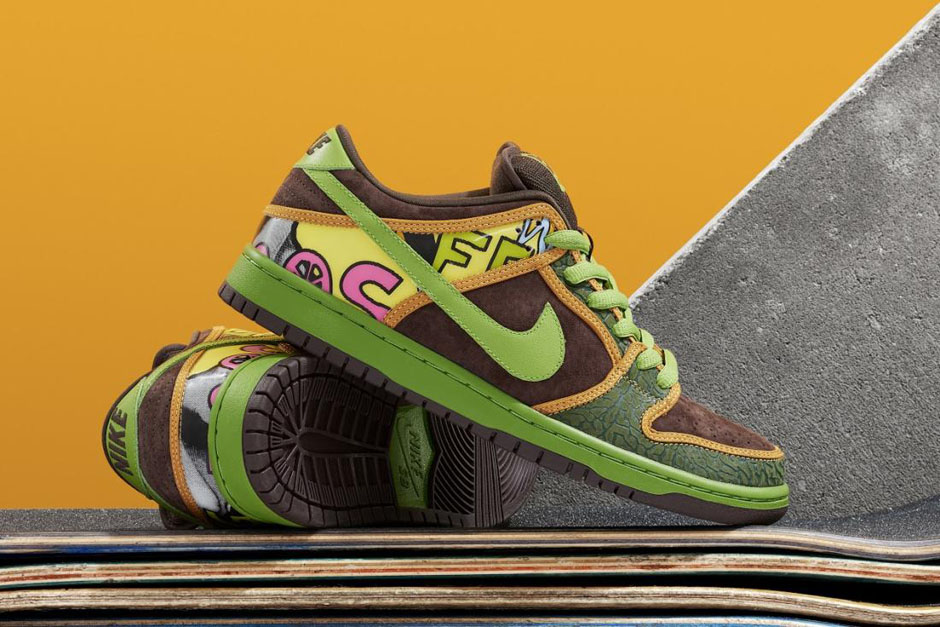 The Nike SB Dunk Low “De La Soul” will release May 16th, 2015. Nike SB continues their return to storytelling by bringing back some of their most famous colorways, but just in altered form. Whereas the Diamond Dunks released to much acclaim in the unoriginal High form last year, the De La Soul Dunks are celebrating a decade of history in style later this year. Nike took the eclectic green elephant printed silhouette inspired by one the residing members of 90s hip-hop royalty and cut it in half. The heel print pays homage to De La’s 1989 debut album 3 Feet High and Rising. Check out a better view of the latest Nike SB Dunk Low with a history behind it, and grab your pair on 5/16 for $135. 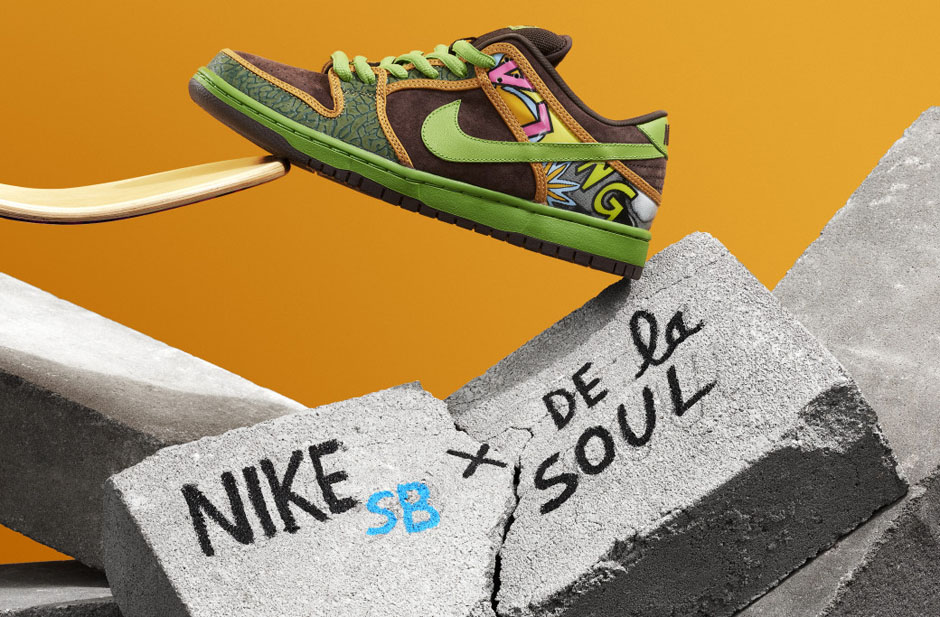 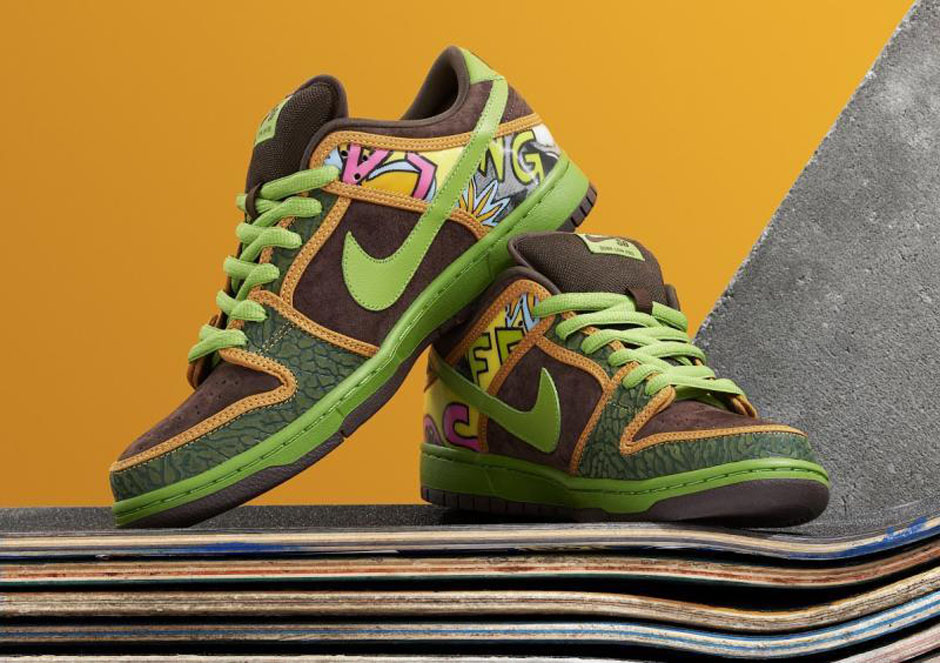