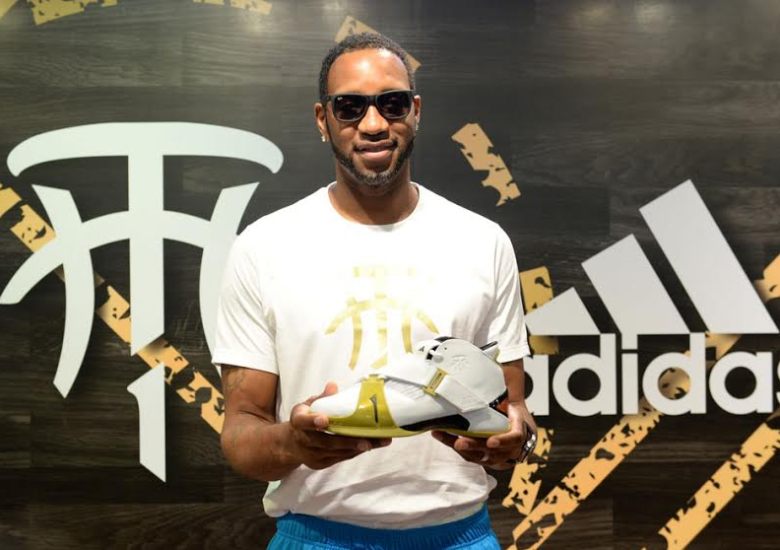 Tracy McGrady is adidas basketball’s elder-statesman. There was a time when his T-Mac series donning the three stripes was one of the most coveted basketball models out in the early 2000s. We all know how the rest of the story unfolds though. After two straight scoring titles, a move to Houston, and a series of unfortunate injuries, a shadow of McGrady’s former self lingered on benches of championship contenders in an effort to finally make it past the first round of the playoffs. Now adidas is trying to revamp some of his most memorable models in a move that would put McGrady up against the likes of Nike’s retro roster of Scottie Pippen, Charles Barkley, and Penny Hardaway. It’s a shrewed move, one that will take some time to get off of the ground, but here’s to hoping that it pays off for adidas.

To kick things off, T-Mac launched one of his more iconic models in the adidas T-Mac 5 in China over the weekend. The colorway is brand new, as the three stripes outfitted the upper with a metallic gold accent that leans toward a greenish hue. The materials are as on-point as ever, as a smooth white leather makes way for the use of another change – a faux-wood heel counter instead of the actual hardwood utilized on the original release. What do you think of the return of the T-Mac 5? Check out a better view below and let us know in the comments.