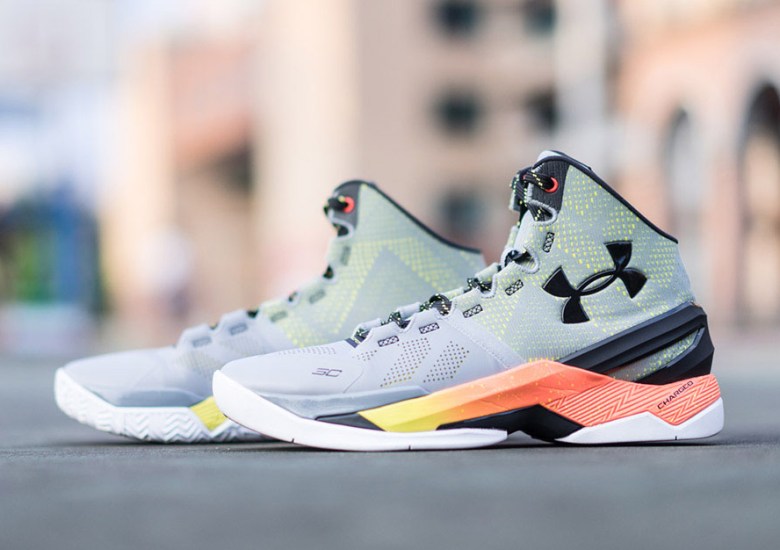 The Under Armour Curry Two Hits Stores With High Expectations

Could expectations possibly be higher for the Under Armour Curry Two? Almost two years ago Under Armour announced the signing of Steph Curry, stealing away one of Nike’s guards although it was clear that the Swoosh had no major plans for Curry in the future. The announcement came with a lukewarm reception until the brand released their first signature model together. Cue history has Steph won his first MVP and the Warriors went on to win an NBA championship for the first time in 40 years. The UA Curry Two sees UA’s basketball imprint all grown-up, as a sleeker design implements a gaudy midsole and heel construction complete with a spark-homaging gradient in the debut “Iron Sharpens Iron” colorway. The upper utilizes SpeedForm technology while a Supercharged cushioning system guarantees a supportive ride. Check out one last look at the debut colorway of Steph Curry and Under Armour’s second signature together, and just incase you can’t wait until tomorrow, secure your pair now on eBay.