Kobe, KD Back To Their Old Ways In Season Openers

Nike Basketball signature athletes have taken a recent dip in success given untimely injuries over the past couple of seasons to two of their most recognizable stars. Kobe Bryant made history last night, becoming the first player to suit up for the same team for 20 straight opening regular season games (edging out John Stockton at 19) in a start against the Timberwolves. The Black Mamba experience was in full effect as it didn’t look like injuries were hampering Kobe at all. He had a typical old man Bryant game, pump-faking and using resourceful shots en route to 24 points (on 24 shot attempts of course) but went 0-8 down the stretch in the 4th to close out a Lakers home loss. Bryant opted not to wear those vibrant “Opening Night” Nike Kobe 10 Elite Highs despite breaking them out during warm-ups and instead rocked a subtle home white pair instead.

KD was back after missing 55 games the previous season to a rather unforgiving opening opponent: Kawhi Leonard and the San Antonio Spurs. While Kawhi undoubtedly won the one-on-one matchup against Durant thanks to a bevy of blocks and steals and a scary offensive outpouring, Kevin still managed to make critics optimistic with 22 points in a winning effort. His KD 8 “Opening Night” might’ve been overshadowed by Leonard though who laced up the Air Jordan 5 “White/Metallic”. All in all it was great to see early season forms of both Durant and Bryant putting in work and hopefully past injuries won’t bring the demise of either star for the foreseeable future. Check out more photos of the two stars’ selections below. 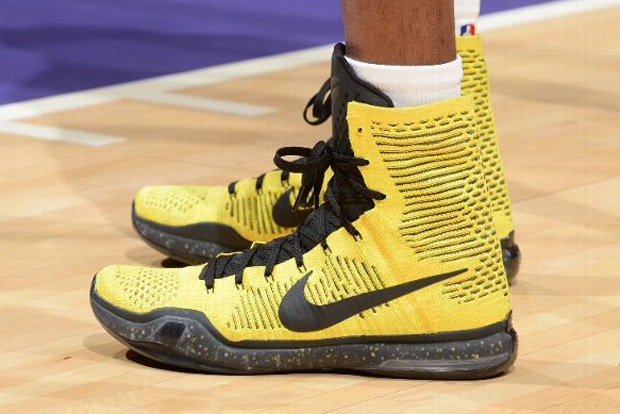 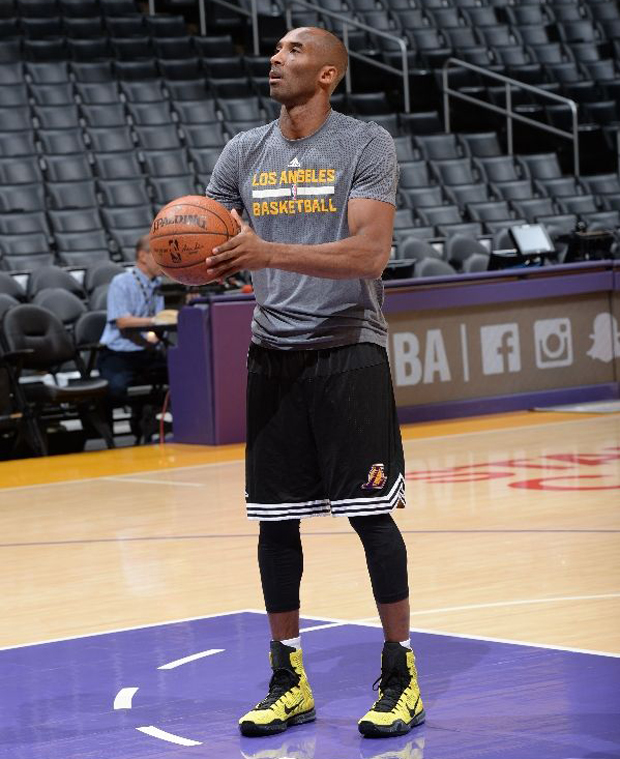 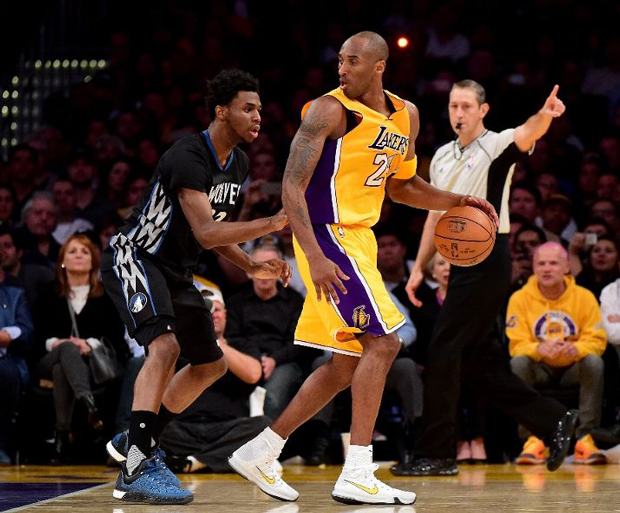 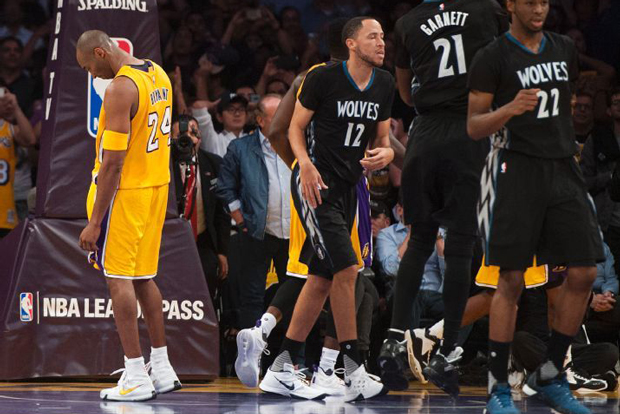 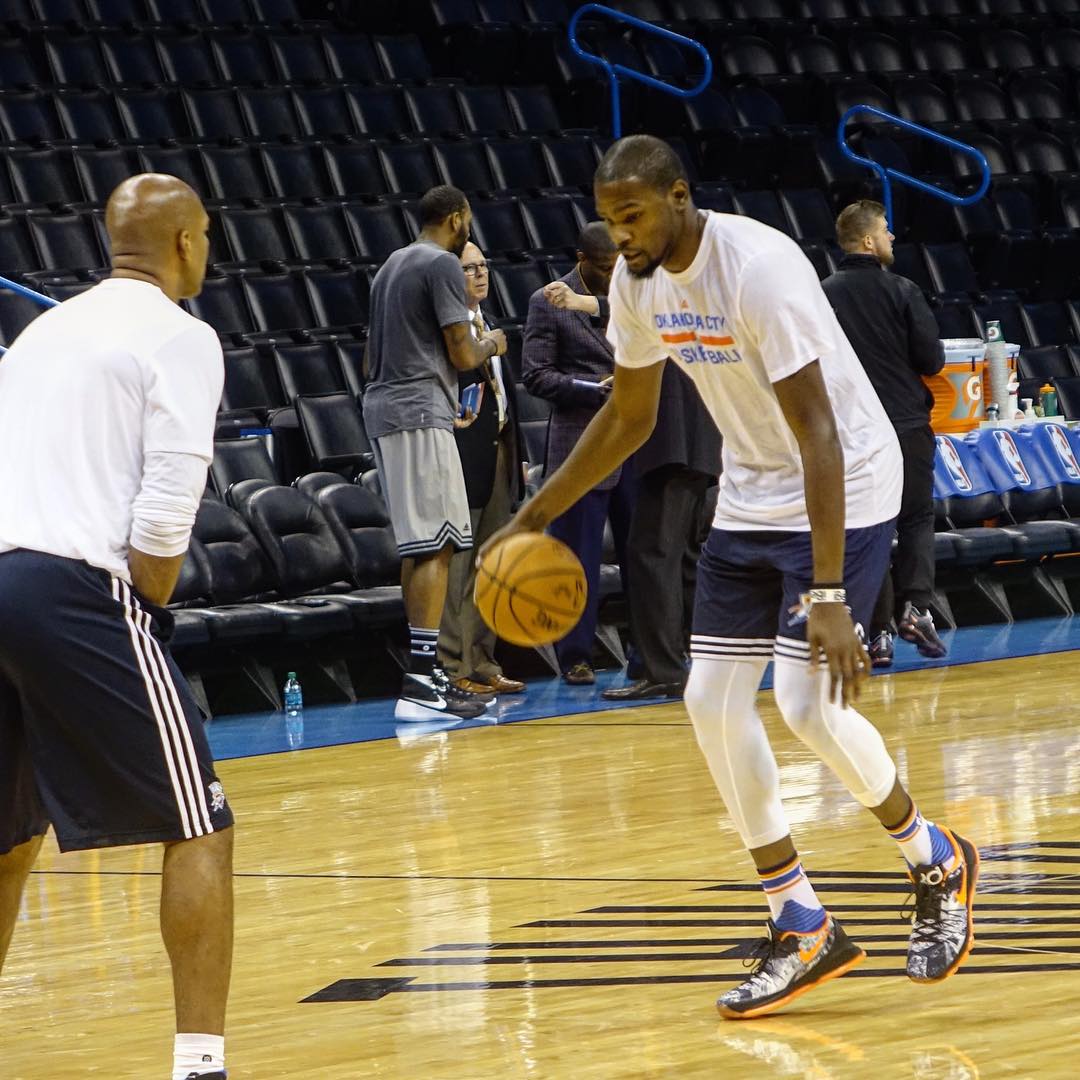 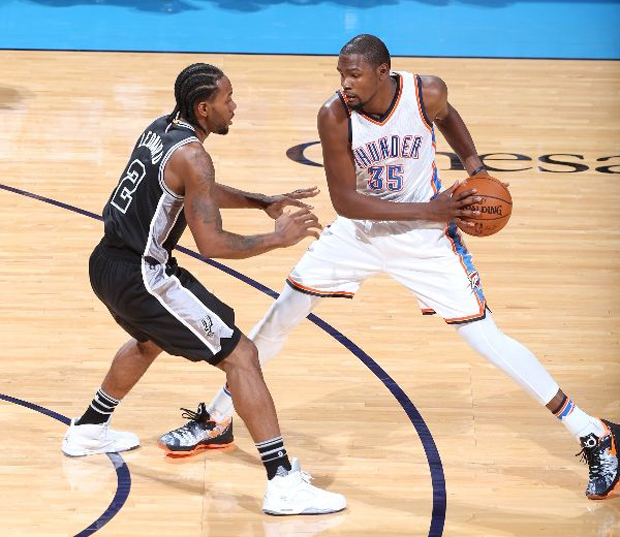 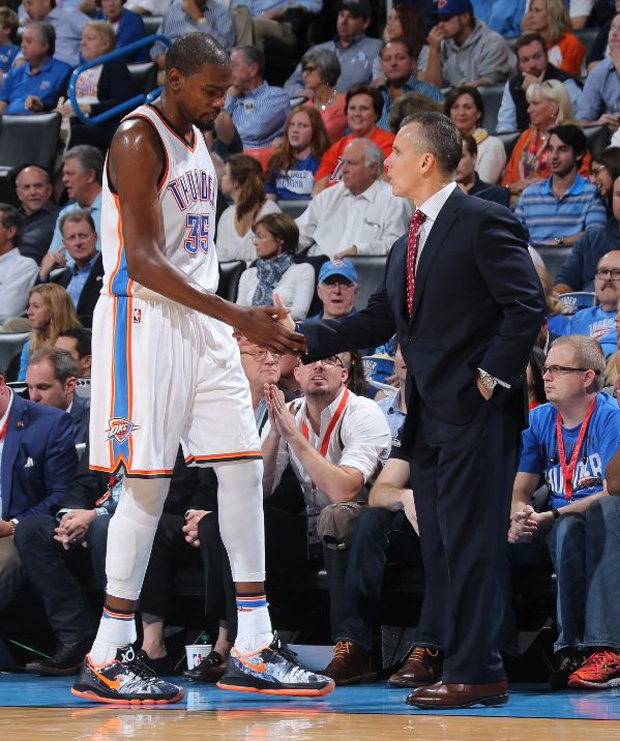