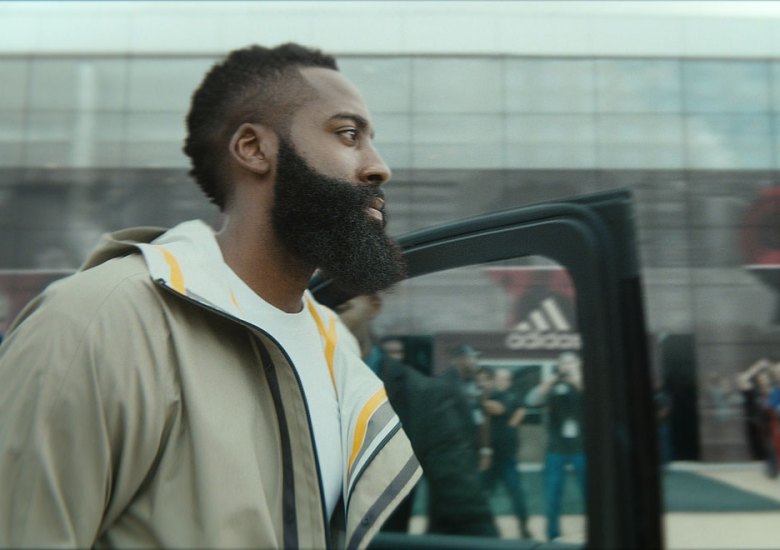 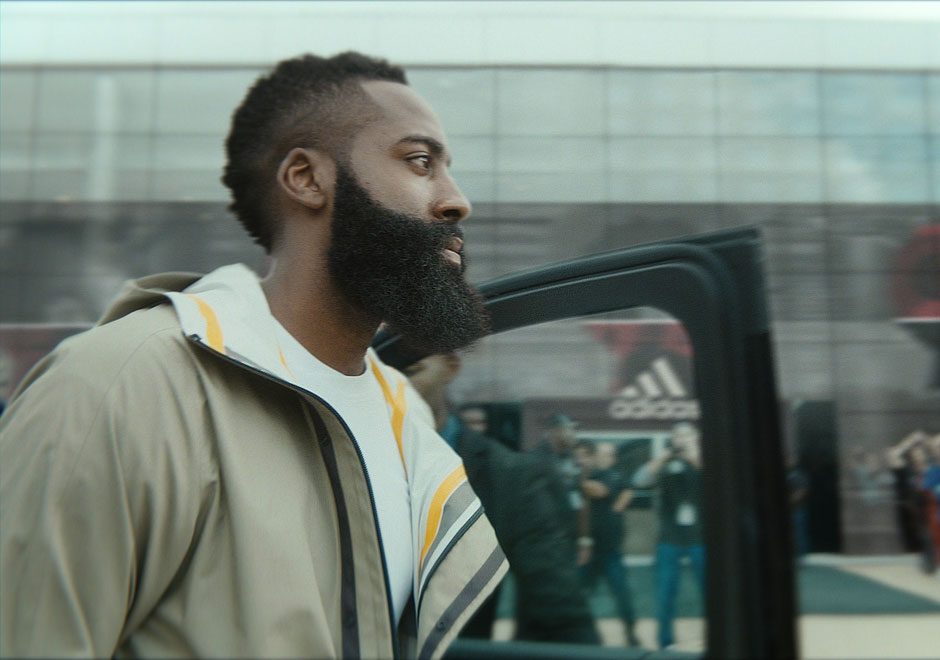 “Those that mind, don’t matter – and those that matter, don’t mind at all.” adidas Originals has been preaching their ‘Creators never follow‘ mantra for quite some time, and now adidas Hoops is selling James Harden‘s crossover appeal in his first TV spot with the brand since signing that monster $200 million deal. The video features internet memes galore, from the Taiwanese animations of Harden’s overexaggerated beard to B.Dot’s infamous impersonation of the Rockets’ star. Harden laces up a number of upcoming adidas apparel pieces and for the shots of him actually on the basketball court he’s sporting that all-white adidas Crazylight Boost 2015. The spot is definitely worth your time and showcases the that the three stripes has big plans for their latest star signing. More below.