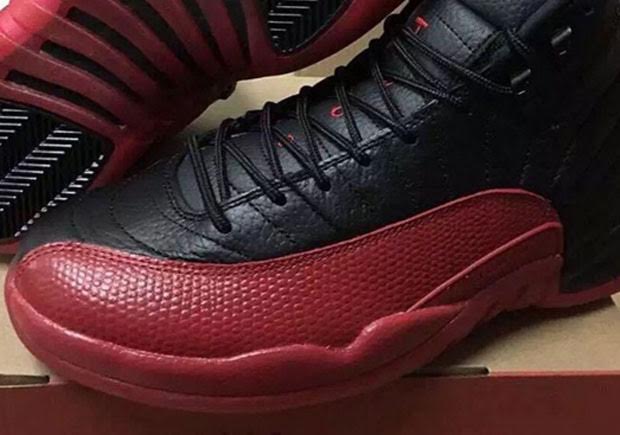 Excited for Jordan Brand’s 2016 release slate? You should be as the Jumpman is bringing back the classic Air Jordan 12 “Flu Game” retro for a release on May 28th, 2016. Mike originally wore this Bred colorway during an NBA Finals match against the Utah Jazz in which he was feeling a bit under the weather. Sure, he actually suffered from some inconvenient food poisoning at his Salt Lake City, Utah hotel room, but the “Flu Game” nickname just has a better ring to it. Back in remastered form, this Air Jordan 12 benefits from a premium black tumbled leather while an asymmetrical mudguard inspired by Japan’s rising sun flag is hit with a Chicago-esque Varsity Red. Check out a full look at 2016’s release below and head to our Jordan release dates page for more of the latest Jumpman updates.