Previewed by Tinker Hatfield at the unveil of the Air Jordan XXX back in January, release information for the “Cosmos” colorway is finally coming in. The celestial patterned edition of the 30th Air Jordan reminiscent of the famous “Galaxy” Nike Air Foamposite will apparently be dropping during this year’s Quai 54 streetball tournament in Paris. There’s no word yet if the Quai 54 edition will be any different than the version previewed by Tinker (I.E. Quai 54 logos or alternate color schemes), but you can put their July 9th release date on your radar and stay tuned for further details. If you want to cop early, check out this pair on eBay. 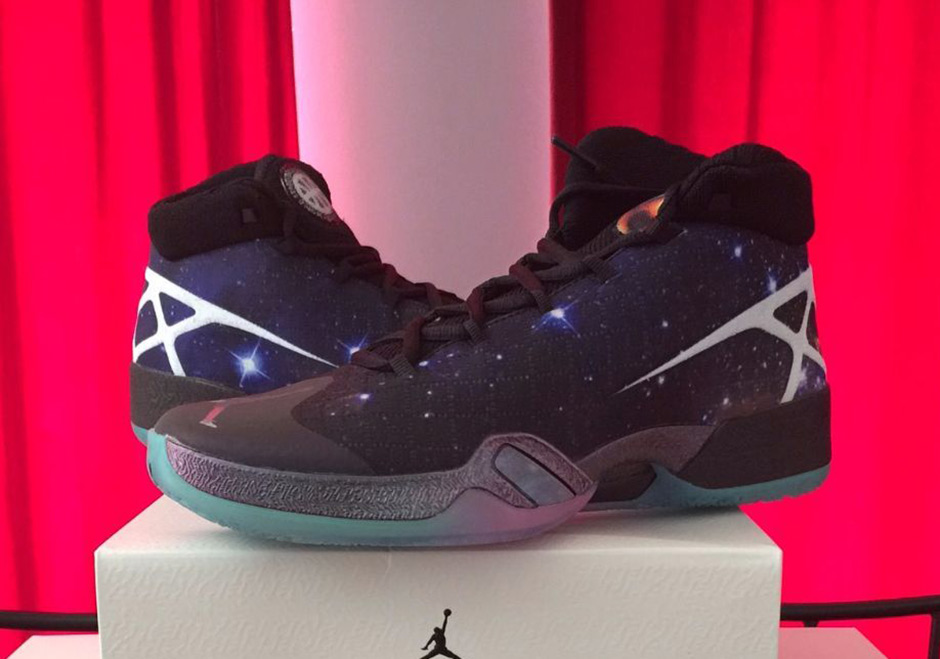