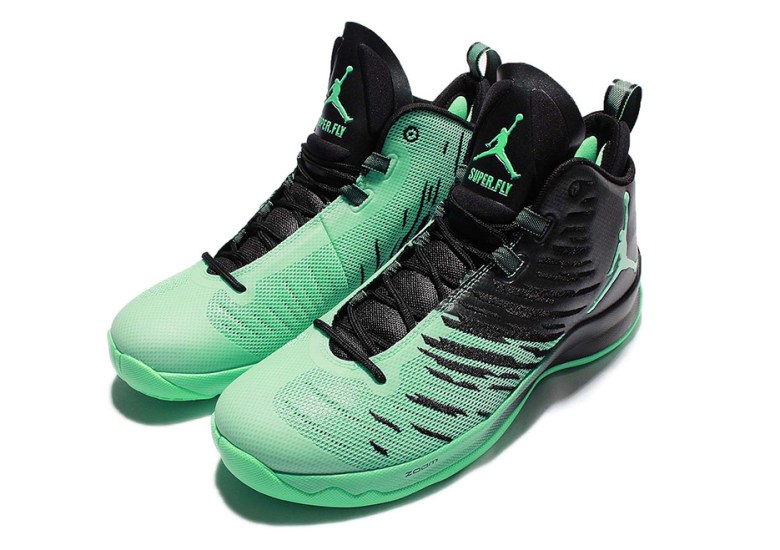 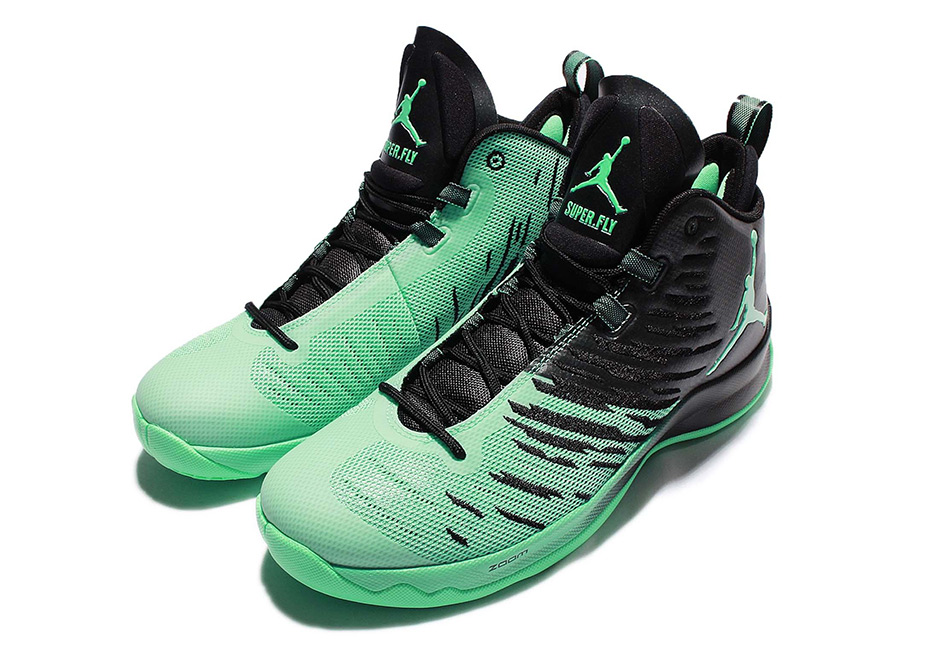 Blake Griffin is one of the most talented, explosive power forwards in the NBA, but lately, the perennial All-Star has showcased a refined game that’s grown alongside Chris Paul as one of the best one-two punches in the league. Blake also shares the spotlight with CP3 on Jordan Brand’s roster, and his Super.Fly series has showcased Flight Plate technology for a supportive yet lightweight ride for a premium basketball model going on 5 years now. The latest Jordan Super.Fly 5 adds Zoom Air cushioning to the footbed while a new XDR rubberized outsole creates a premium grip so you can play on all surfaces for longer periods of time. The upper utilizes mesh and fuse technology while fierce stripes add an aggressive aesthetic to match an even larger Jumpman branding on the side panel. Jordan Brand will be bringing the familiar “Green Glow” shade back to the model later this summer when the shoe officially unveils in the coming months. Check out more photos below and know that you can grab your pair today on eBay. 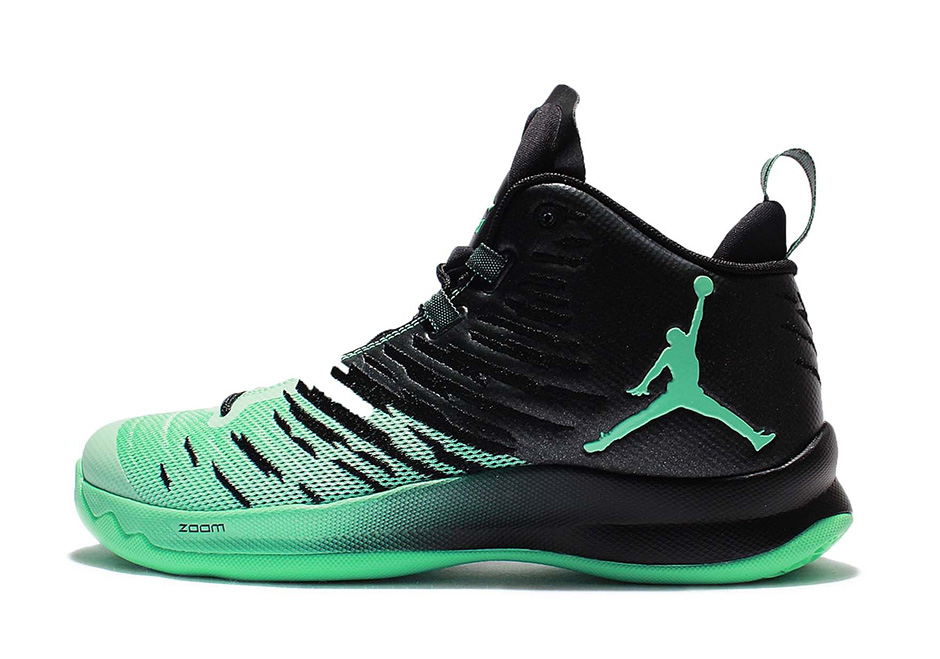 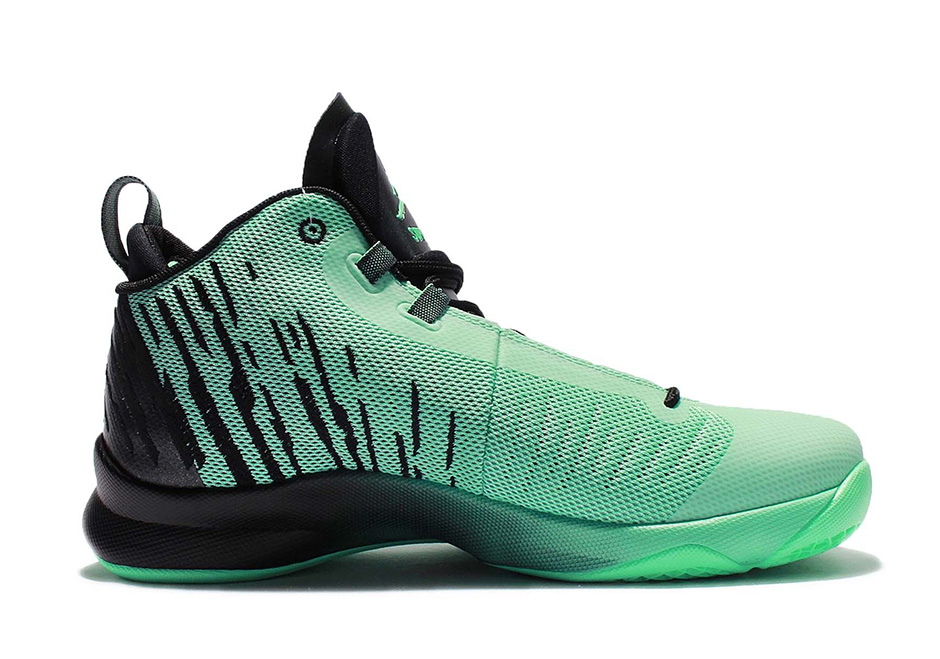 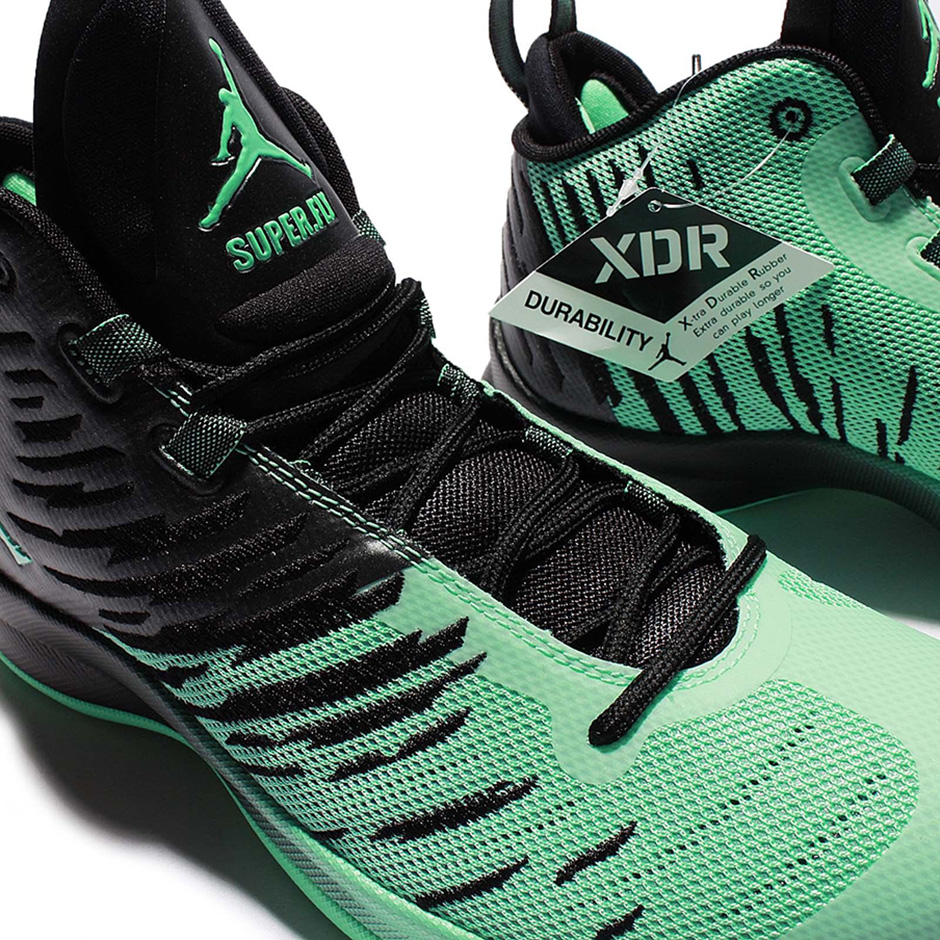 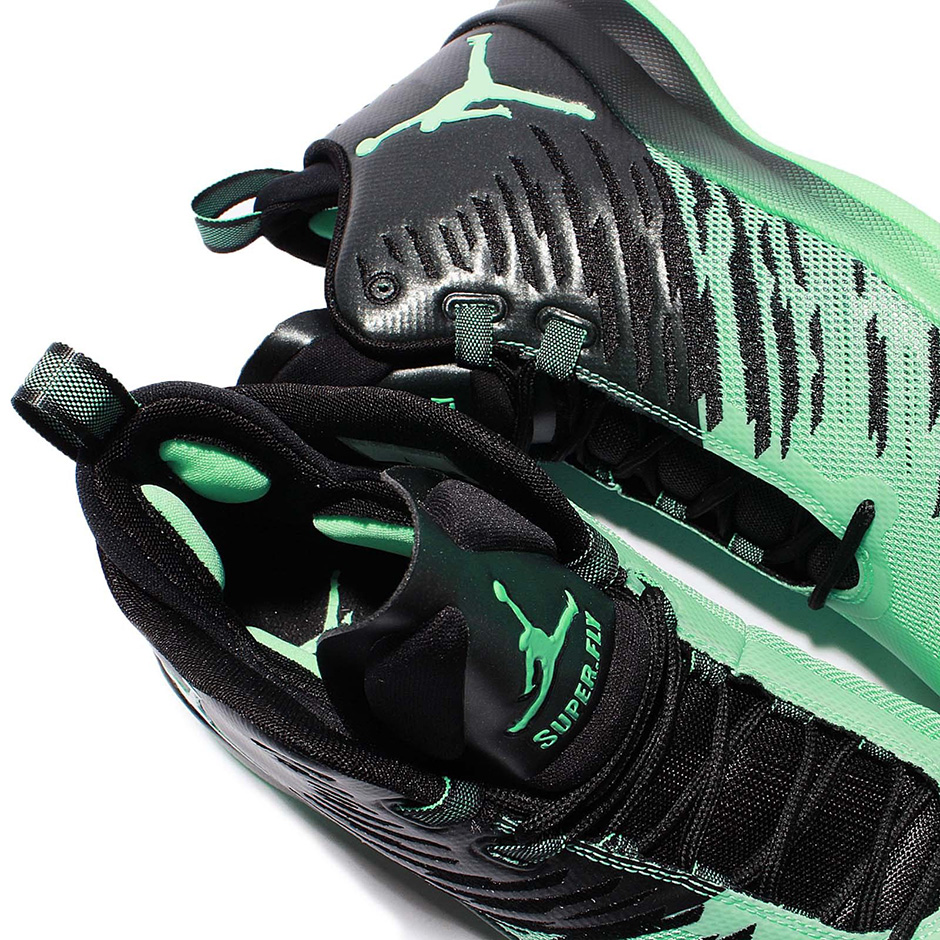 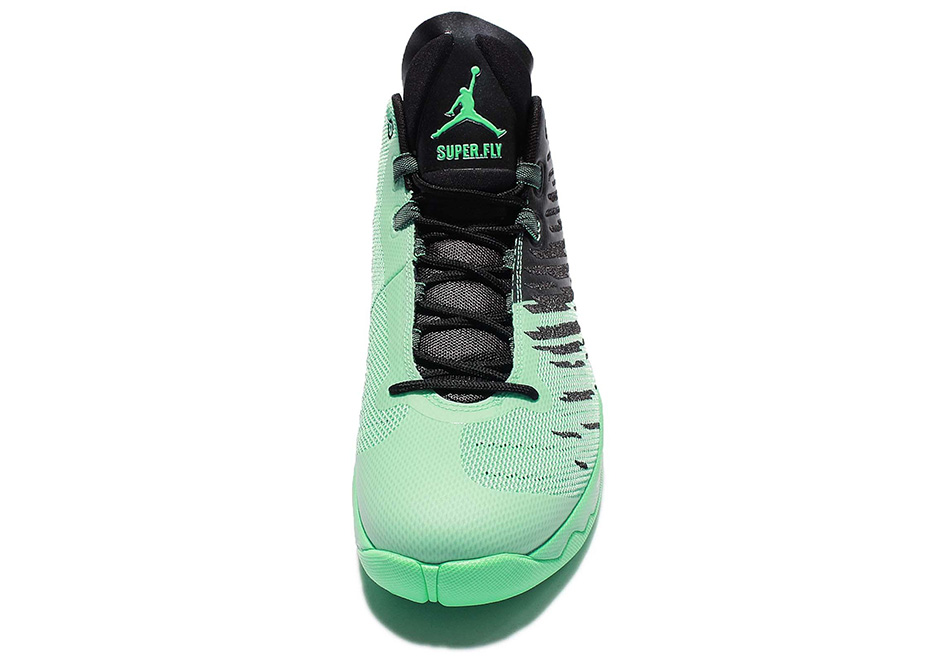 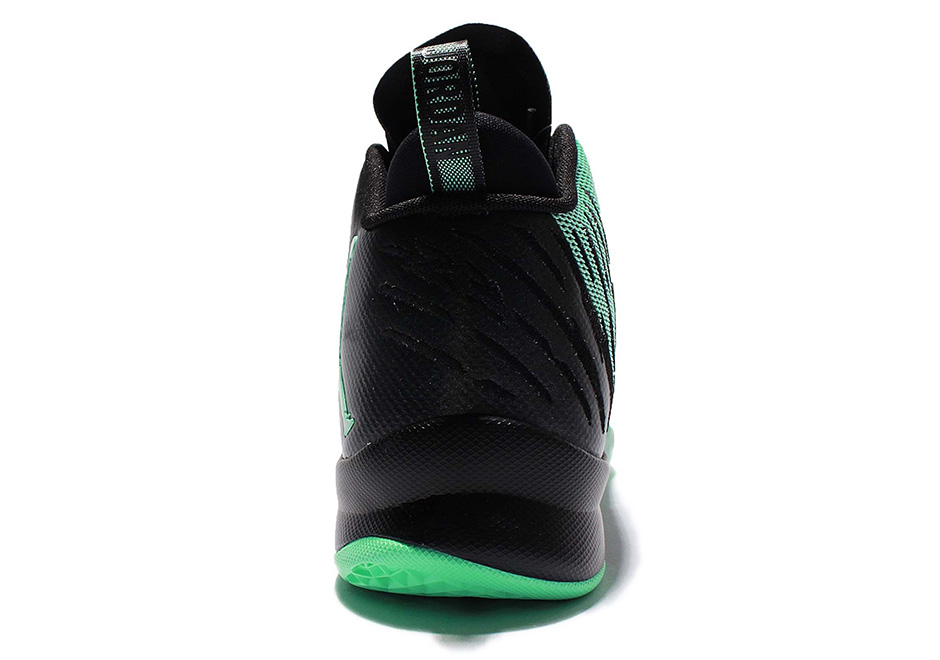 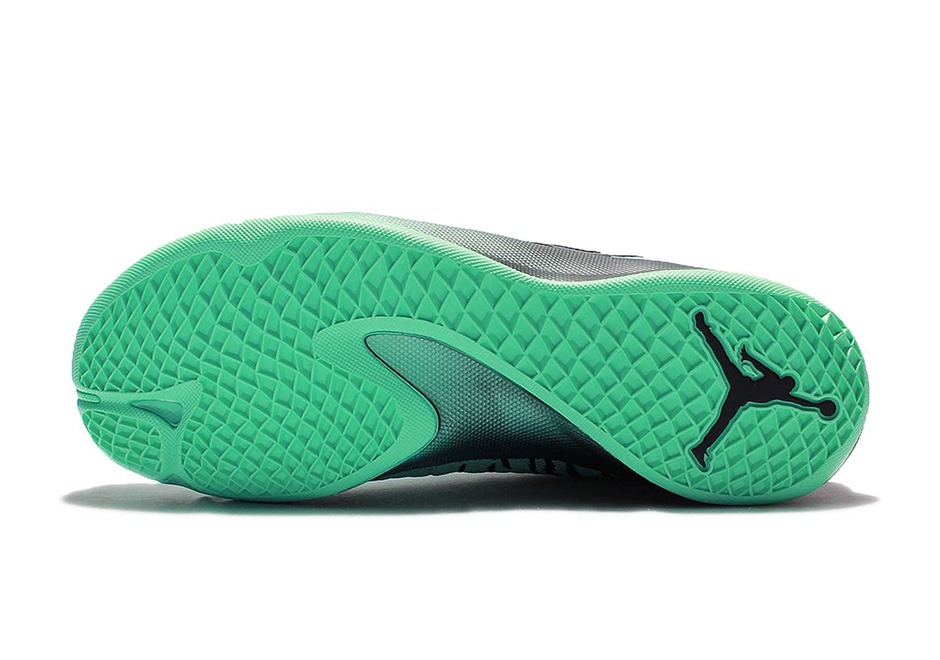