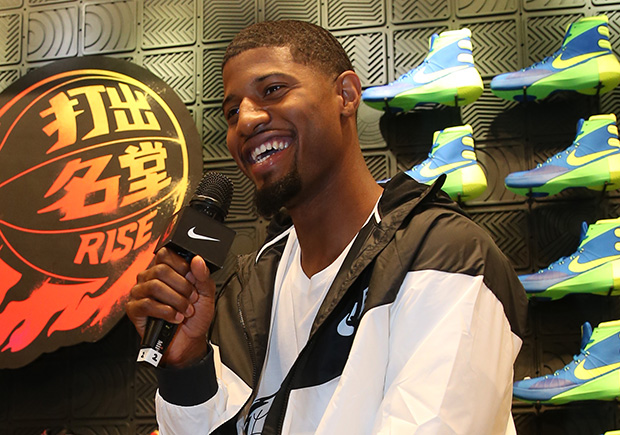 Paul George is Nike Basketball’s next signature athlete. This announcement shouldn’t come as a surprise, as it’s been a long time coming for the Indiana Pacers’ superstar. While PG13’s anticipated signature model, the Nike PG 1, might have been delayed due to his injury during Team USA’s 2014 intrasquad FIBA scrimmage, the first look at his debut model couldn’t have come at a better time. Not only is George back to elite form, today is Team USA’s first game in their chase for a Gold Medal in the Rio Olympics with Paul serving as an integral part of the roster.

It’s also rumored that the first installment of what promises to be an exciting series of Paul George Shoes could be alternatively called the ‘Nike The Bait 1’ according to SneakerFiles.com. The shoe is minimalist in design, with a neoprene slip-on upper recieving lockdown support through an asymmetrical midfoot strap. The sleek midsole unit should boast Zoom cushioning and is reminiscient of earlier Kobe entries. The Nike PG 1 will debut in a Pacers-themed Obsidian/White-University Gold in the near future and will replace the Kyrie series as the entry level priced Nike Basketball signature.

Expect the Nike PG 1 to arrive at retailers in early September for $110 USD, but no official release date has been confirmed just yet. Check out the first preview of PG’s first signature model with Nike Basketball after the break and let us know if you’re a fan of the look. 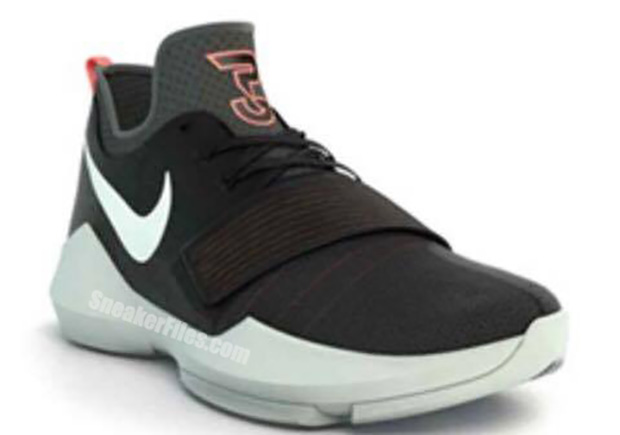