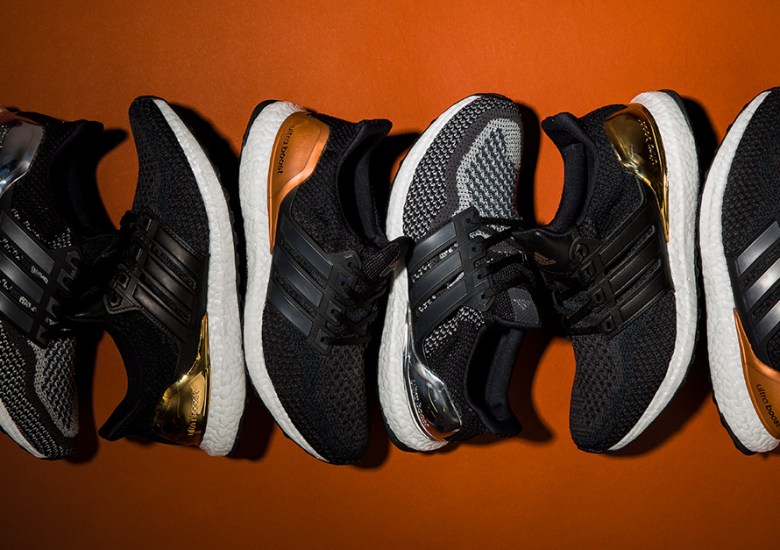 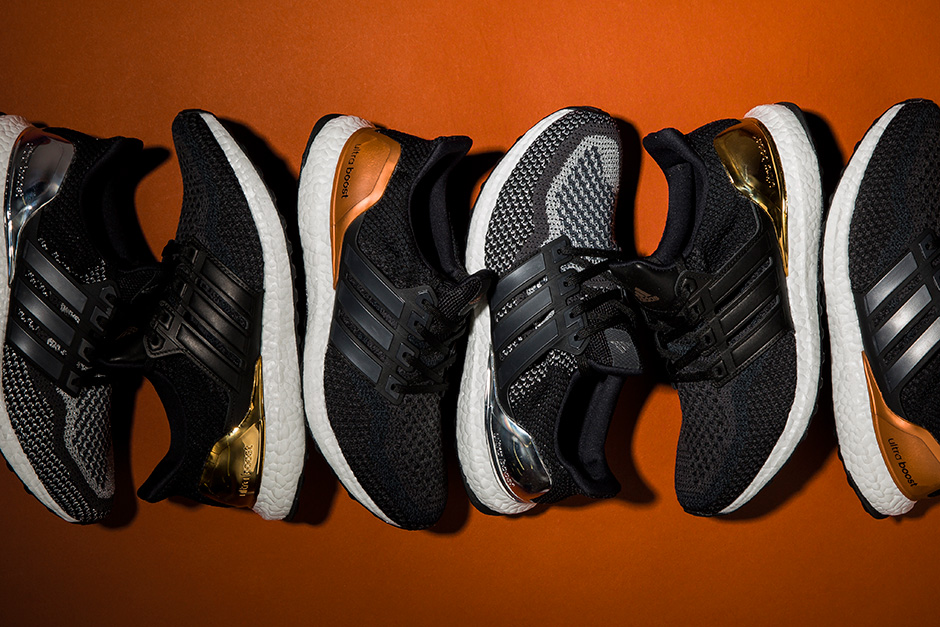 If you’re not first you’re last. The Ricky Bobby sentiment couldn’t have been proven more untrue than by adidas’ latest Olympic-themed release, a trio of adidas Ultra Boost pairs that beautifully represent the medal podium with metallic gold, silver, and bronze heel cages. In 2016, we could very well be looking at the best Olympic-themed release from adidas, a brand that has been overshadowed by Nike’s sponsorship rights to some of Team USA’s most notable athletes competing at the world games. The Ultra Boost Olympic will release on August 17th for $180 USD a piece.

The Ultra Boost Olympic takes what’s already been working for the three stripes and perfects it. A simple Primeknit upper consisting of marbled black and grey shades (the Steel Grey shade is most prominent on the “Silver” rendition given the second place inspired heel) while a white Boost construction rests on a Continental rubber outsole. Metallic touches transform the usual matte finish on the supportive heel cage while the overlaying three stripes get a matching black treatment.

Select shops will be stocking this trio of Olympic inspired Ultra Boosts on August 17th for $180 USD. Check out more detailed shots below and stay tuned for more release date updates right here on Sneaker News. 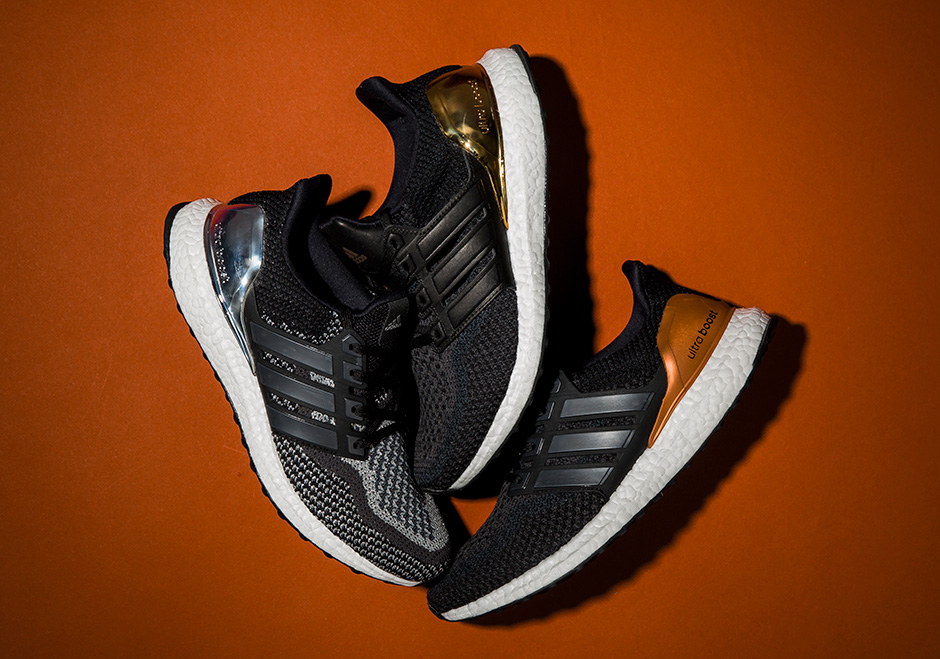 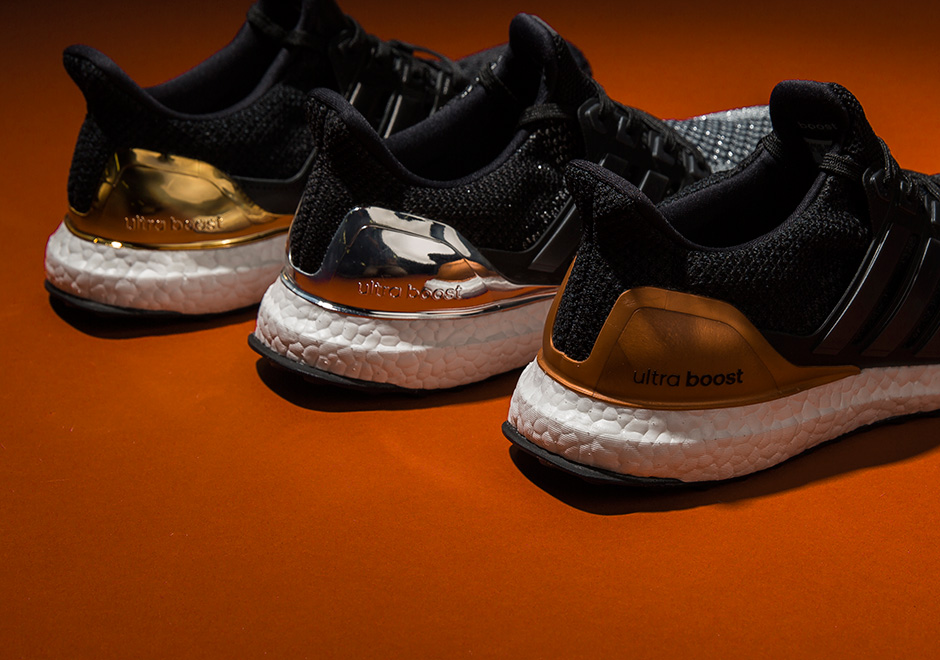 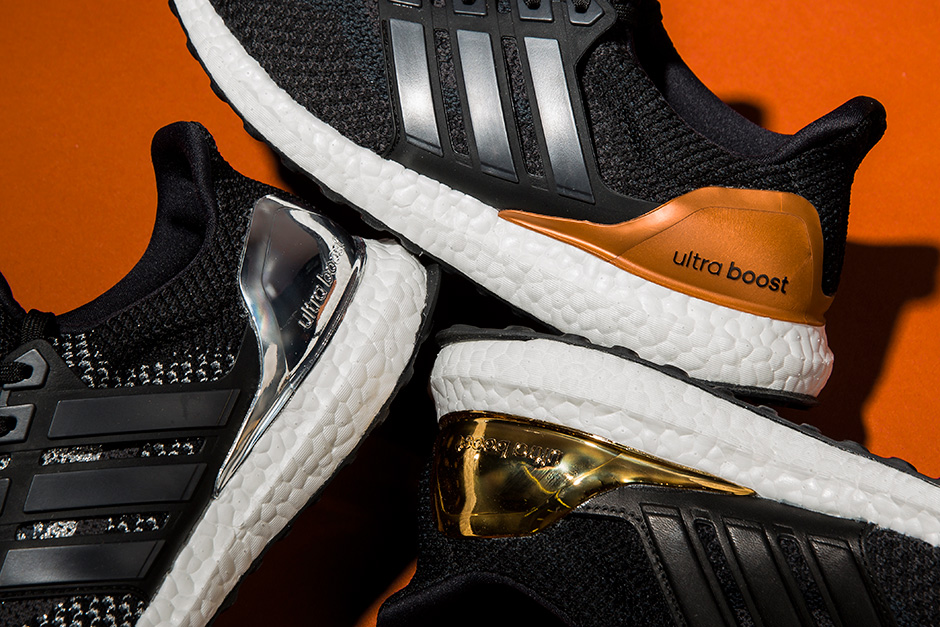 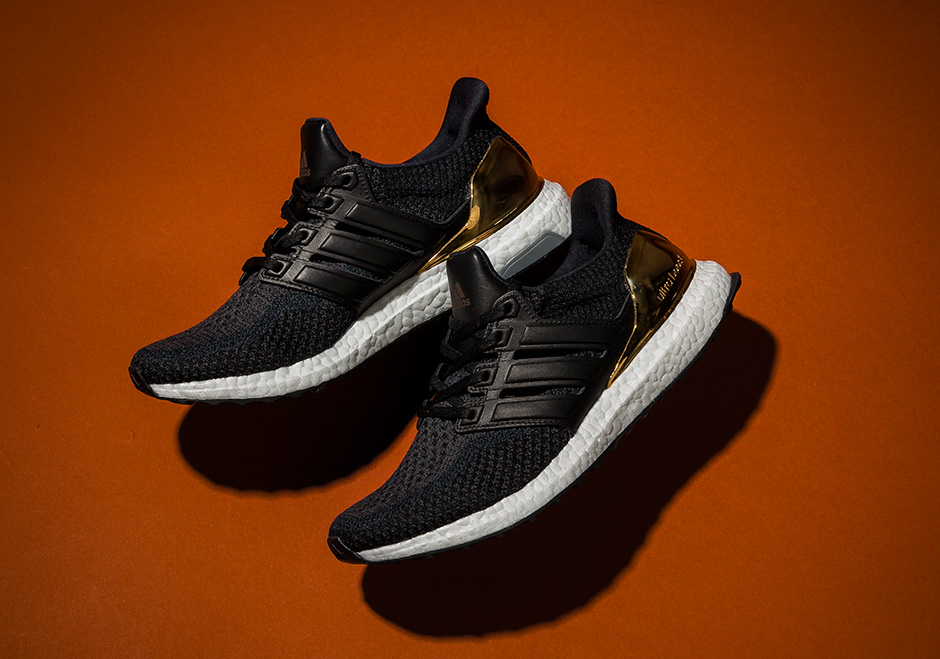 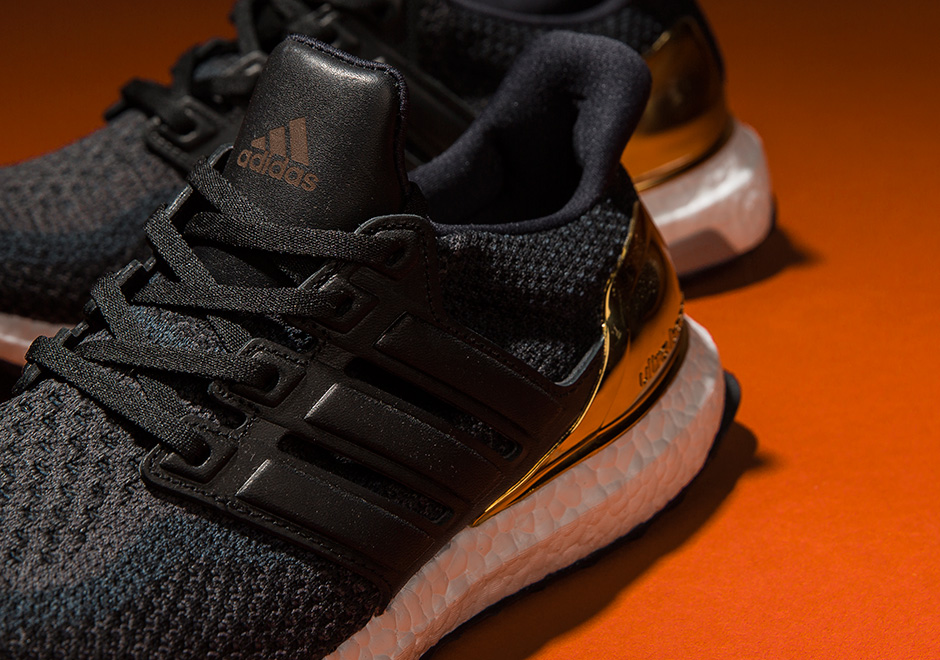 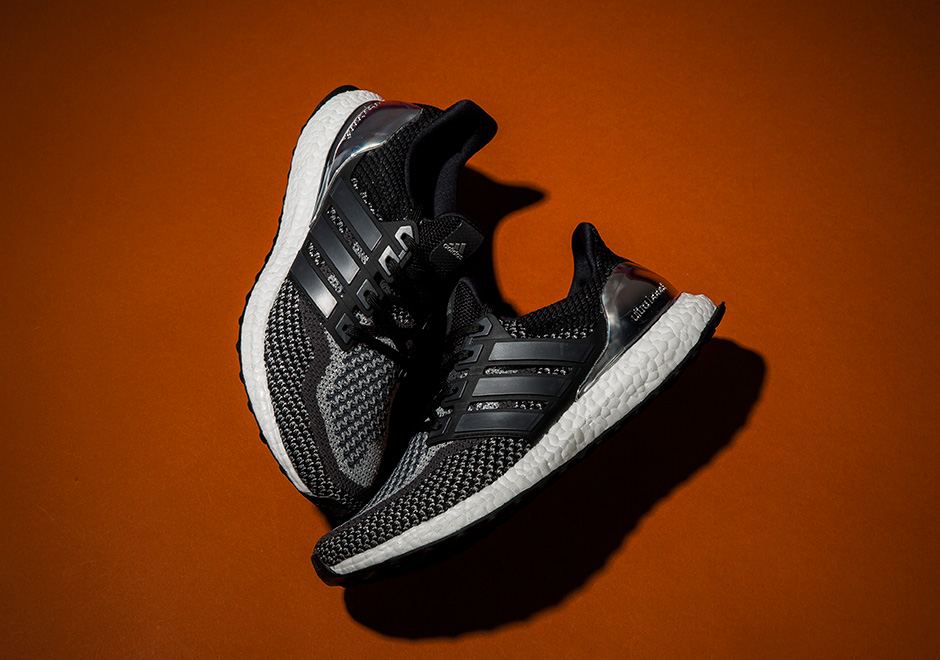 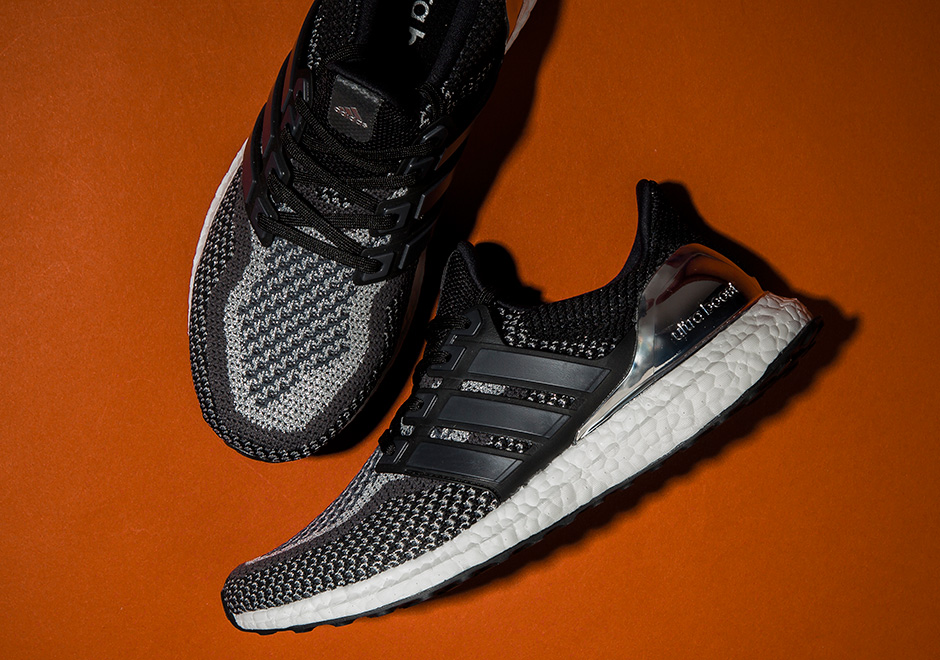 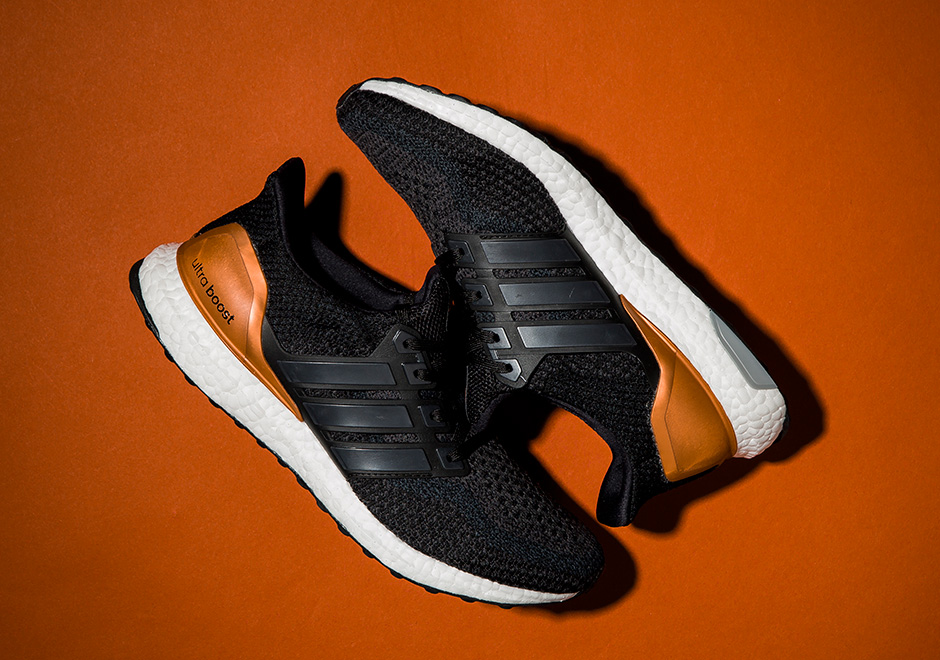 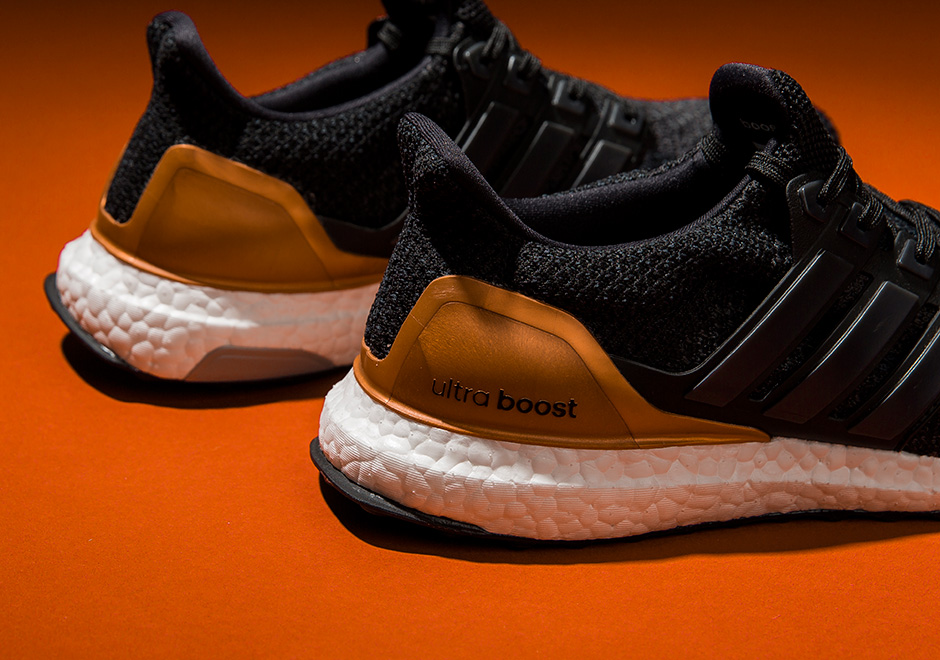