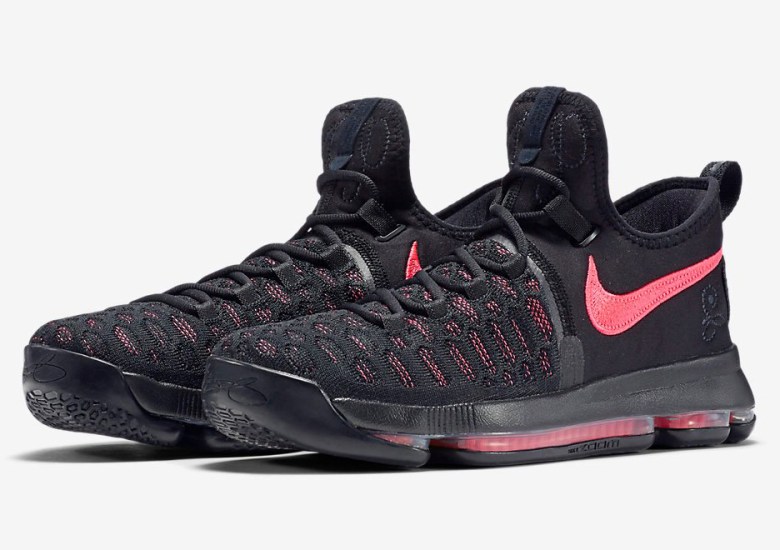 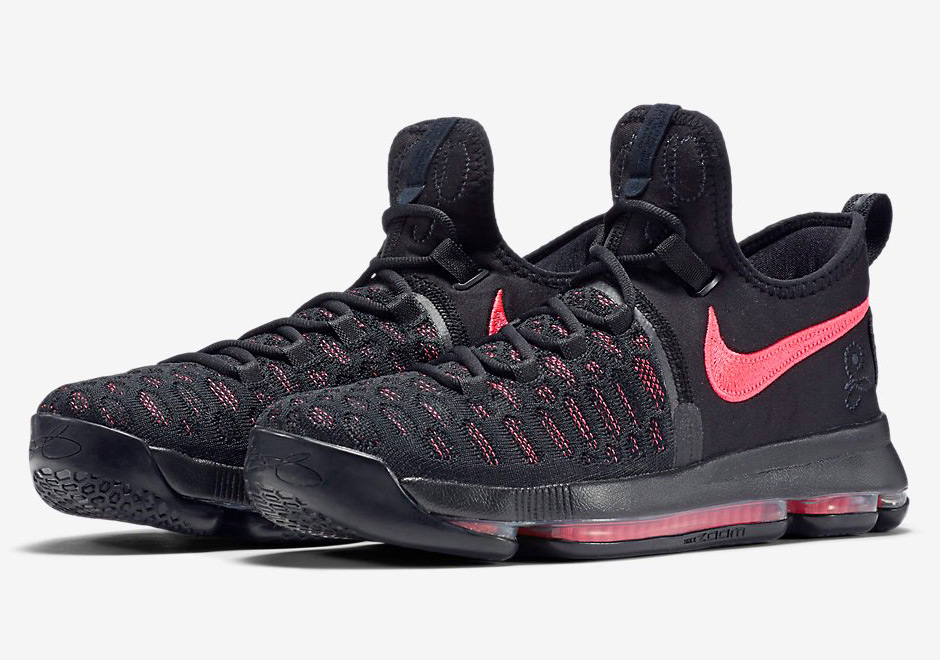 The famed Aunt Pearl theme returns to the Nike KD signature series with the familiar hues of pink that represent the fight against Breast Cancer. Aunt Pearl is Kevin Durant’s aunt who passed away due to the breast cancer illness. For years, Nike and KD teamed up to create special colorways to raise breast cancer awareness and raise funds towards the Kay Yow cancer fund. The KD 9 “Aunt Pearl” mixes a black and pink upper with special embroidery on the Swoosh and heel as well as special insoles to commemorate the release.

A release date for the Nike KD 9 “Aunt Pearl” has not been confirmed yet, but you can expect it in late Spring.