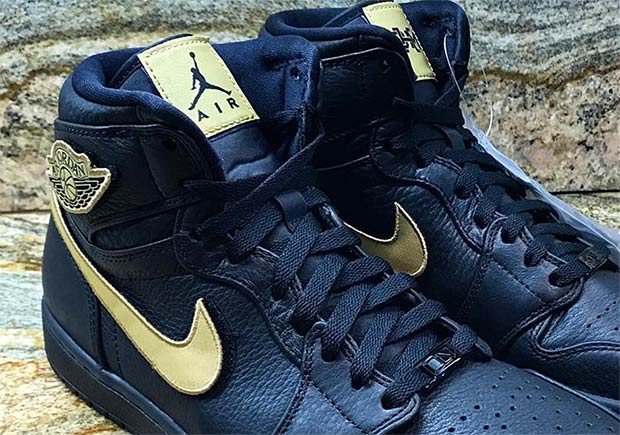 Jordan Brand continues to bring new and exciting ideas to the model that started it all in the Air Jordan 1. The “Rare Air” series swapped out the ‘Wings’ logo for a simple Air Jordan branding on the ankle collar while the general releases also introduced swappable velcro tongue patches. It was a surprising additional asset that brought some needed attention to the alternate colorways and you can still find pairs for well under retail. The Jumpman is introducing a similar feature with the coming Air Jordan 1 “BHM”, slated to release on February 11th.

Jordan Brand brings a premium Black/Metallic Gold colorway to this year’s Air Jordan 1 BHM, but perhaps the most interesting asset is the inclusion of removable velcro patches on the Swoosh side panel branding, the iconic ‘Wings’ logos, and the alternating ‘Air’ and ‘BHM’ logos on the tongue. The overall model features a simple all-black tumbled leather, so we’re excited to see what the alternate patches will look like. What do you think of the idea?

Check out the first teaser image of the Air Jordan 1 BHM below and stay tuned for more Air Jordan Release Dates for February 2017 right here on Sneaker News.