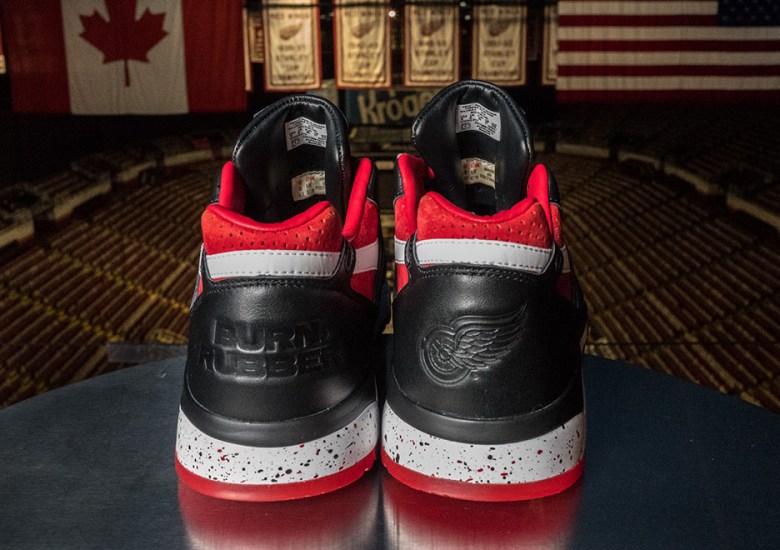 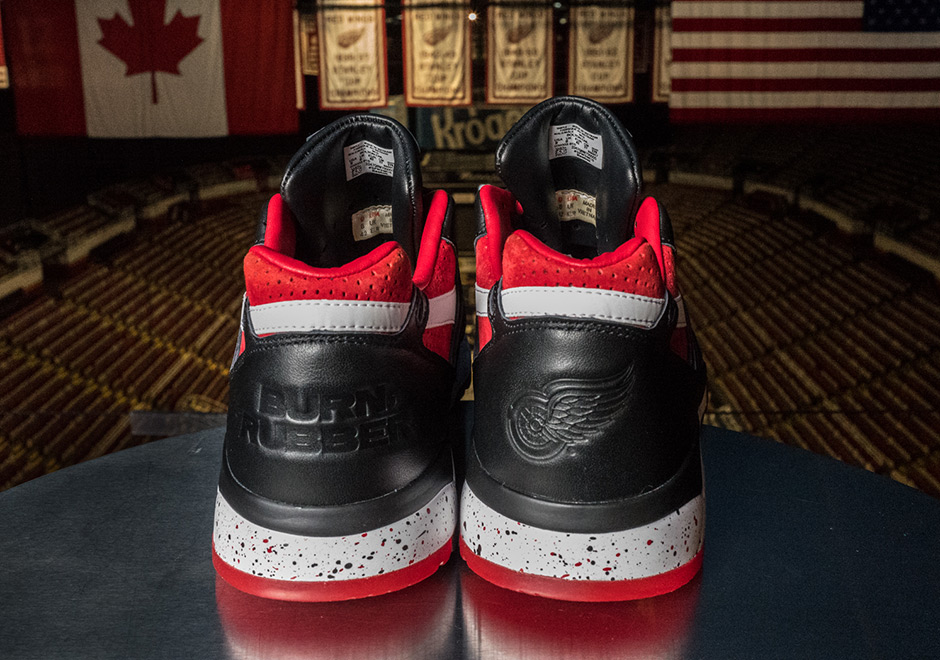 It looks like New York’s Extra Butter isn’t the only sneaker shop who’s repping their hometown hockey team with a special Reebok collab. Now Detroit’s Burn Rubber shows some pride for their local squad, dropping the Detroit Red Wings x Burn Rubber x Reebok Bolton. Almost exactly a year after the Extra Butter Ventilator Supreme collaboration with the New York Islanders, Rick Williams and Burn Rubber create their own hockey-themed sneaker, officially teaming up with the Detroit Red Wings to celebrate the team’s rich history and future in their new arena. The Bolton features the team colors of the Red Wings presented in premium materials, with a red suede base, black leather overlays, white accents, and speckled detailing on the midsole. The Red Wings logo and many championship years are commemorated on the insoles, while the famous tradition of fans throwing octopi on the ice after goals is referenced with the embossed octopus on each tongue. 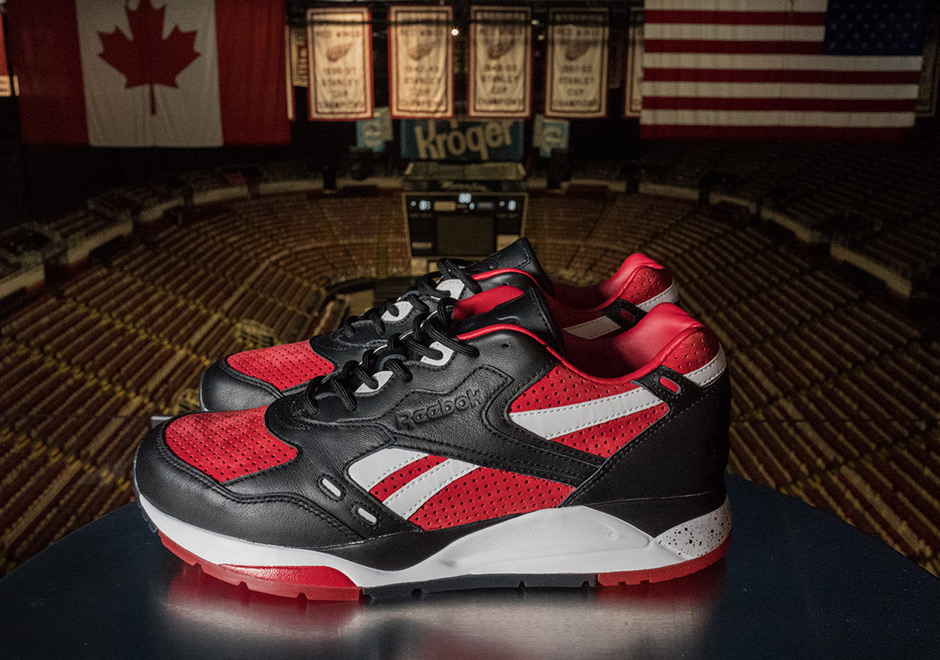 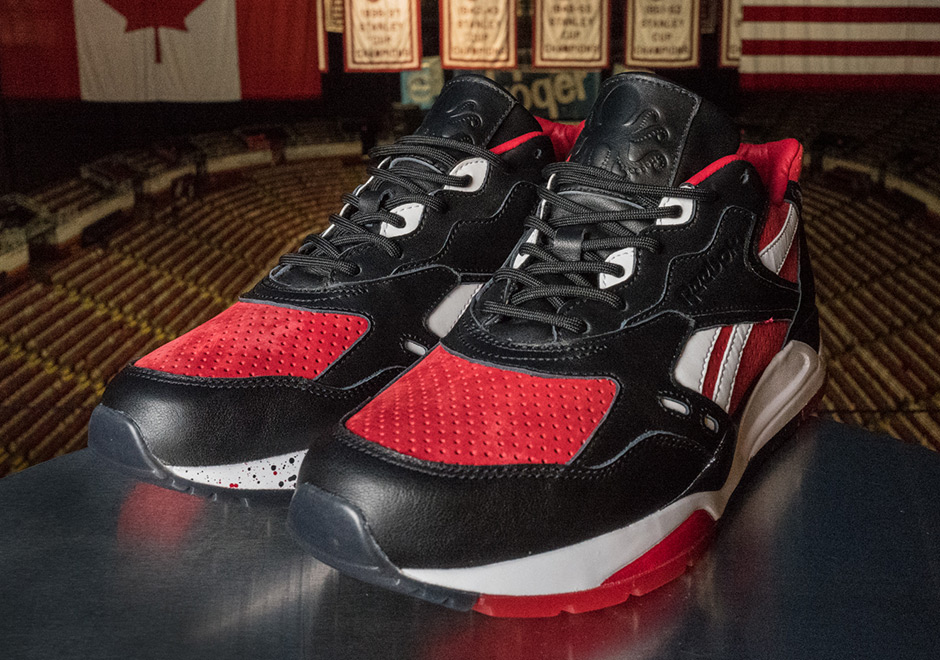 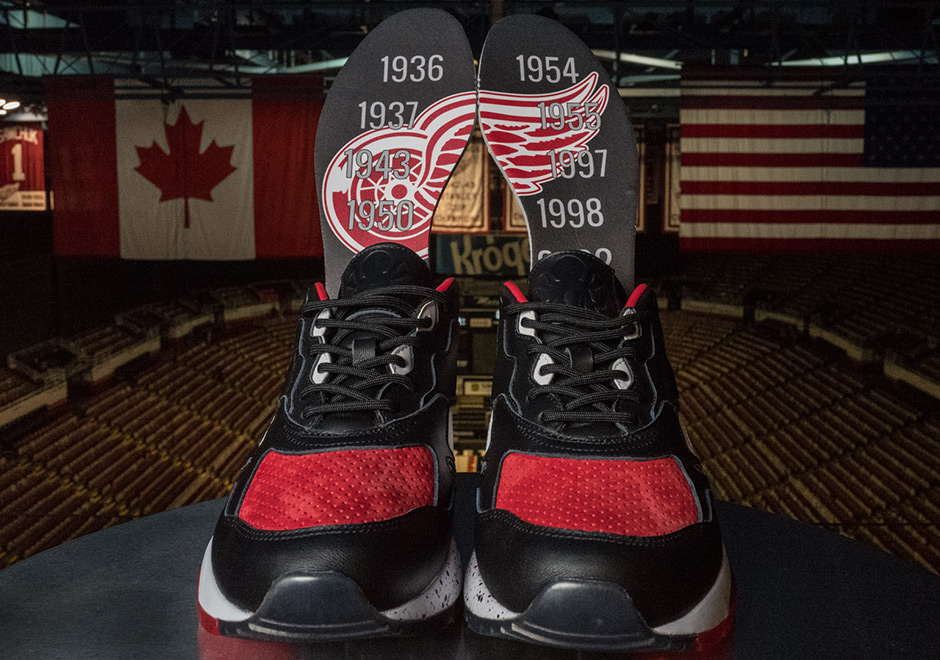 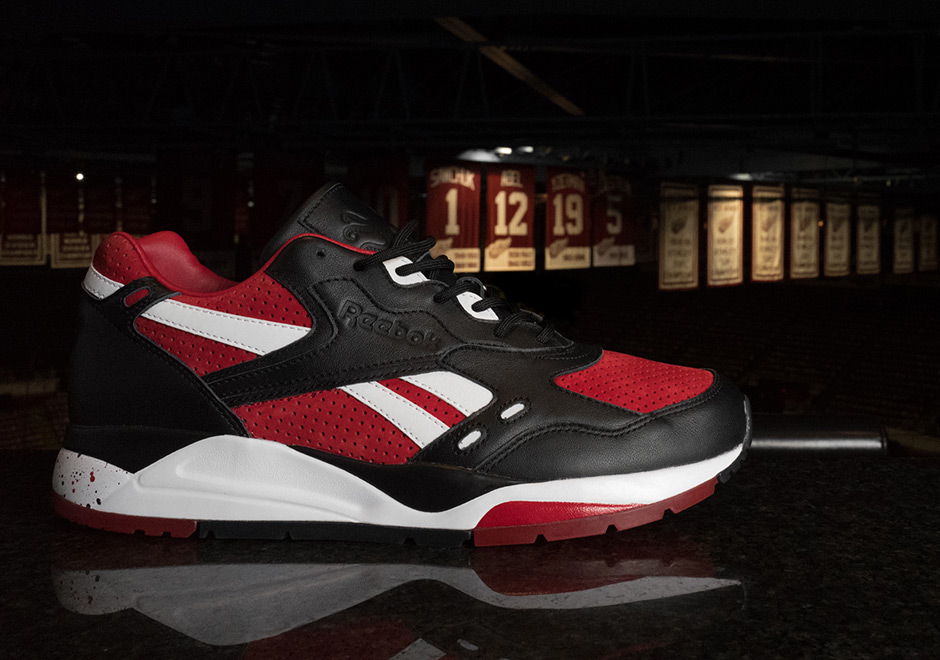