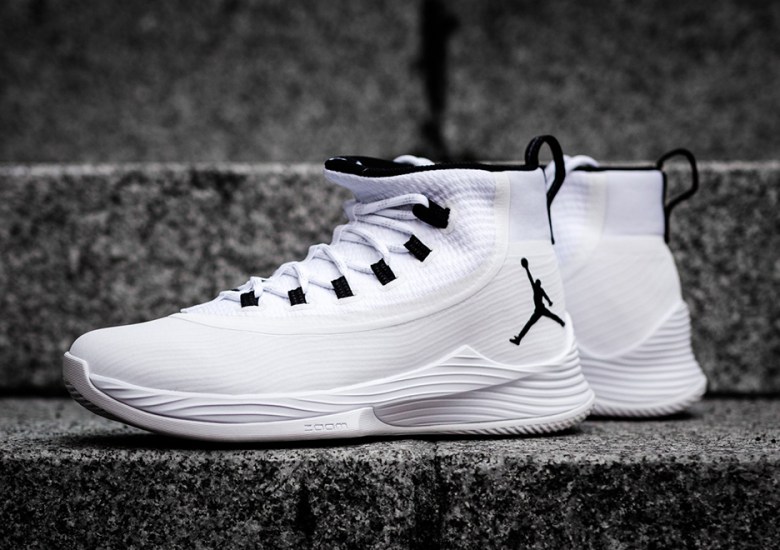 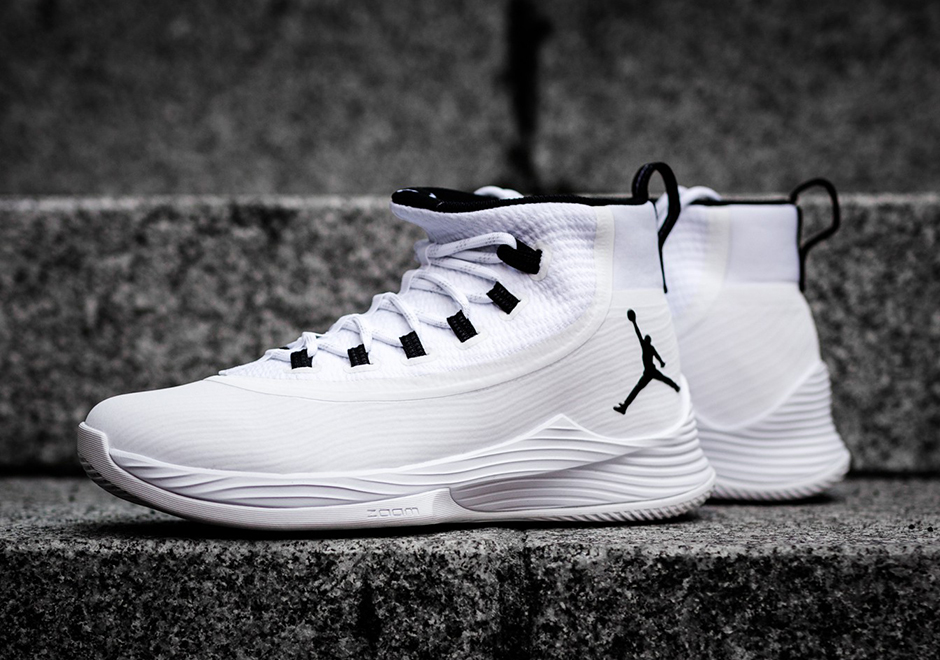 You might remember the debut Jordan Ultra Fly as the head-turning almost alien-like model that an on-fire Jimmy Butler wore during the Bulls playoff push last season. The Kurim upper was flexible and unique enough to warrant your attention and showed that Jordan Brand was willing to experiment with their on-court models while the retro release slate held down the purists out there. Today we get a look at the sequel, and there’s no denying that the Jordan Ultra Fly 2 is heavily influenced by the Air Jordan 15.

You can tell right away based on the Ultra Fly’s tongue, one that juts out in a similar ‘Flight’ inspired motif as the Jordan 15 retro. The slip-on mesh upper even features a woven-like pattern until it gives way to the modern Tape-esque tech on the mudguard for lockdown support. There’s Zoom Air to hold down the cushioning system while a wavy midsole adds unique definition to the otherwise retro-based model. What do you think of the look? The Jordan Ultra.Fly 2 is available now on Nike.com. 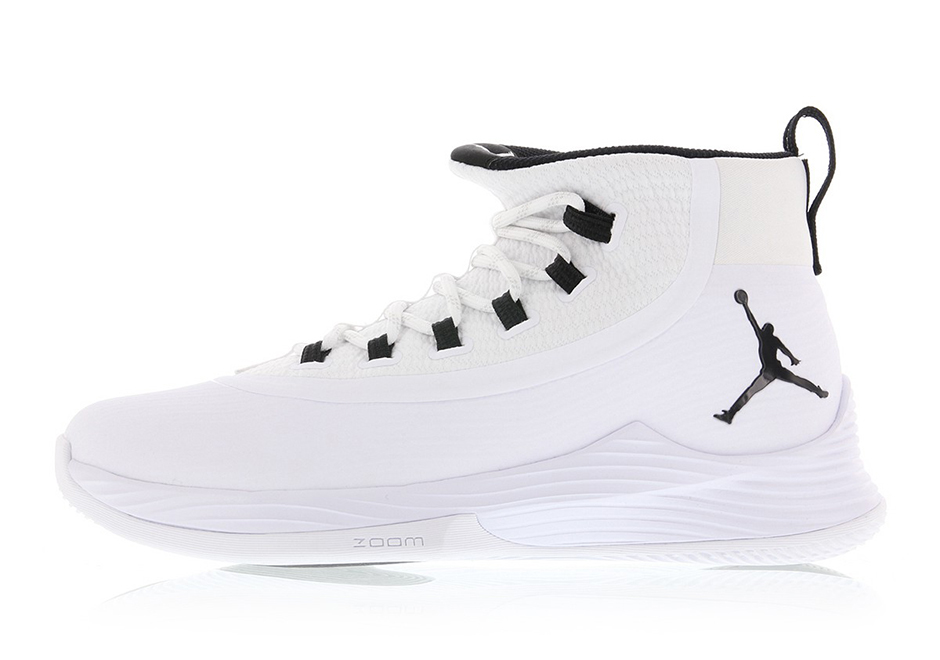 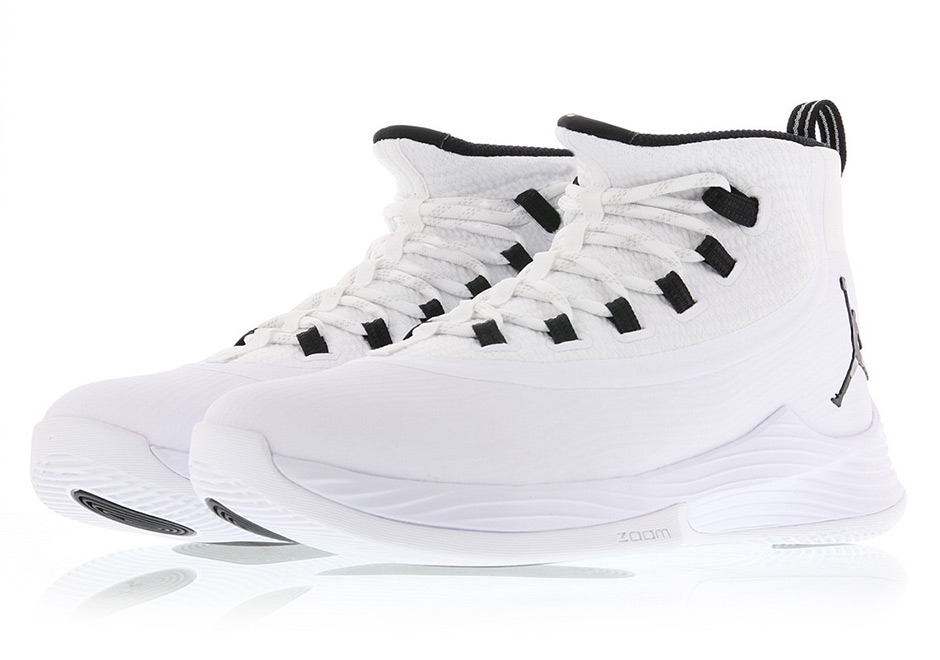 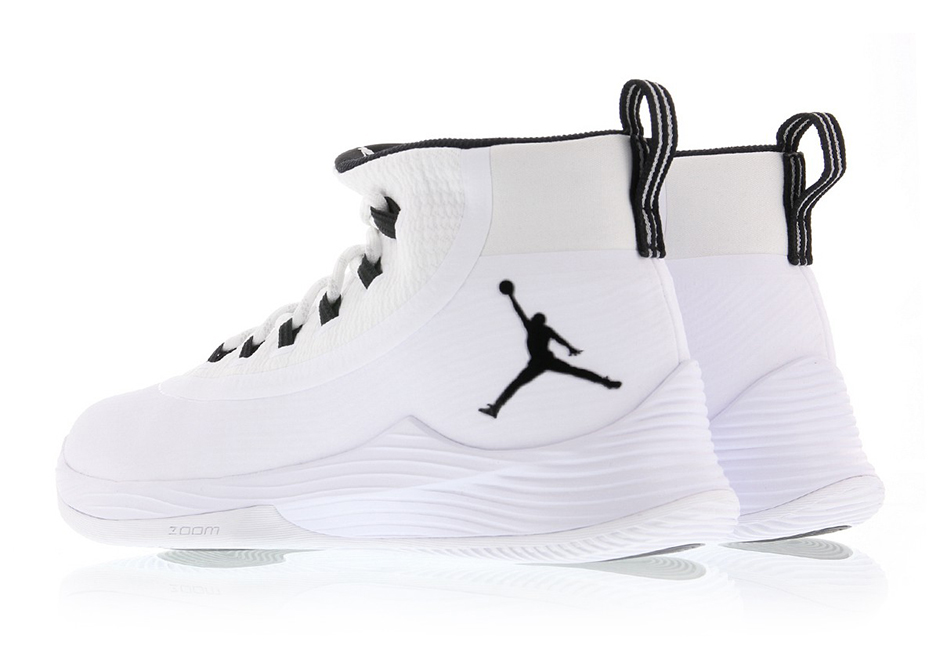 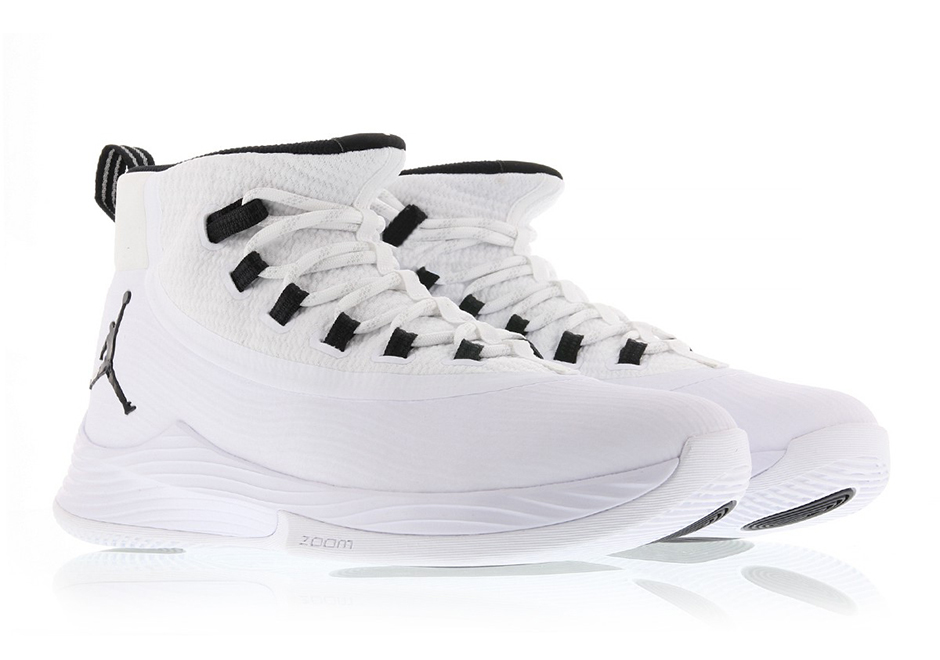