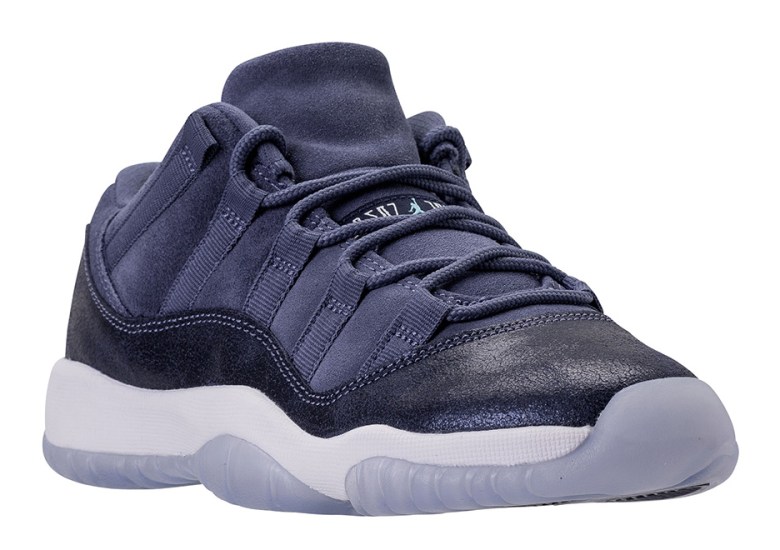 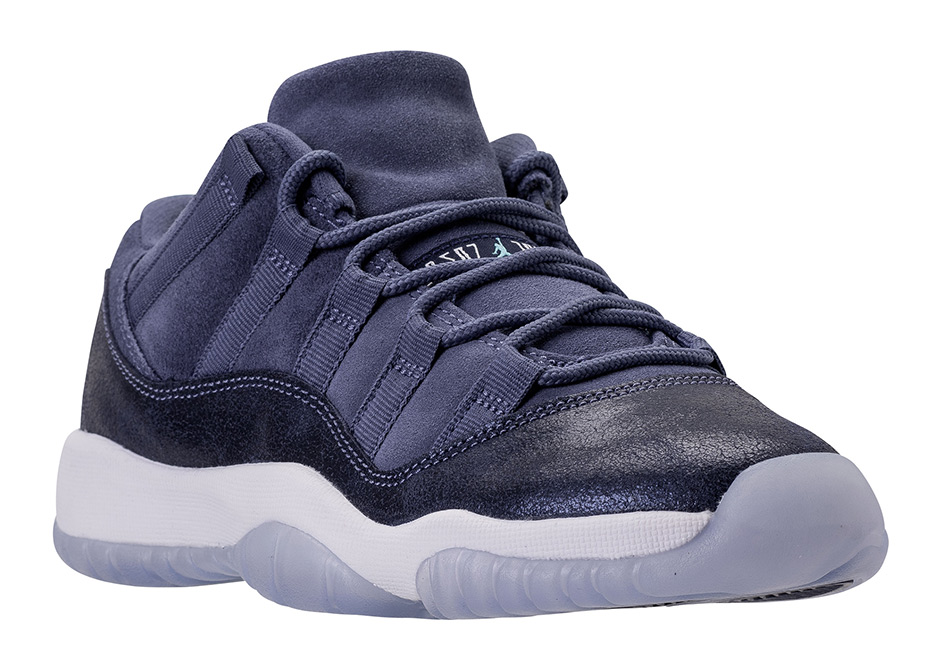 We’re always happy to see more and more Jordan 11 Low options on the release slate. It means that the weather is finally clearing up and we can look forward to a summer of hooping and styling in our favorite patent leather low top from Jordan Brand. This Summer 2017 promises to be another successful season for Mike’s imprint for both adults and kids alike, especially given the upgraded grade school girls lineup featuring a Jordan 11 Low of their own in the Jordan 11 Low “Blue Moon” out April 22nd for $130 USD.

The Jordan 11 Low Blue Moon features some notable adjustments to the famous 1996 classic, too. First, there’s a lifestyle-inclined suede upper instead of the usual Cordura mesh fabric that’s been such a staple for the past 20+ years. The Midnight Navy color matches the iridescent sheen found on the pre-aged metallic patent leather rather nicely and that’s a drastic change of pace for the model given the usual glossy tendencies. About the only hint of traditionalism found in this pair is the icy outsole. What do you think of the look? Check out a first set of retail images below and be sure to head over to our Jordan Release Dates page for a full look at the coming April 2017 offerings from Jordan Brand. 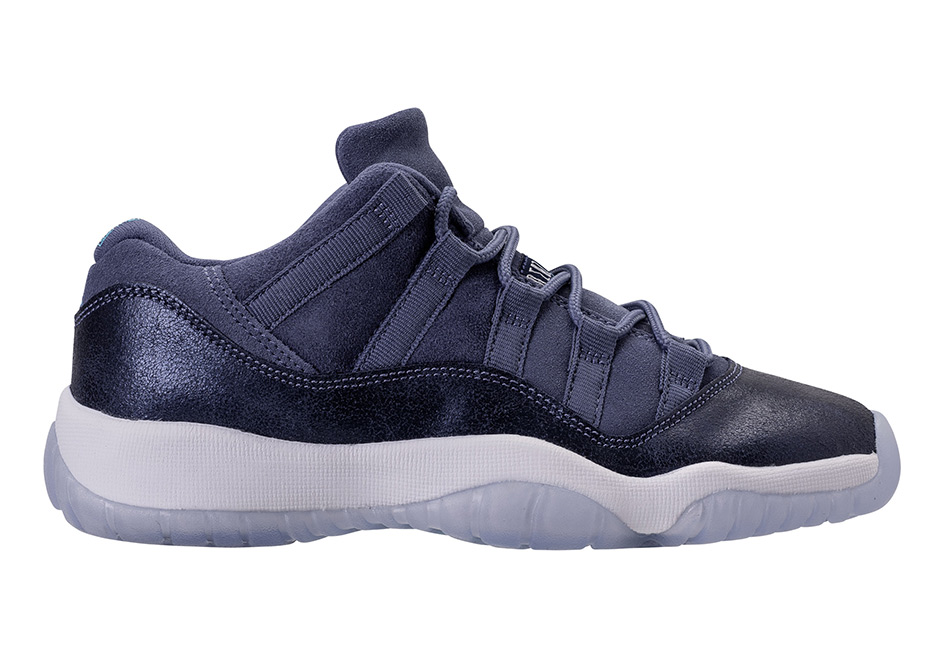 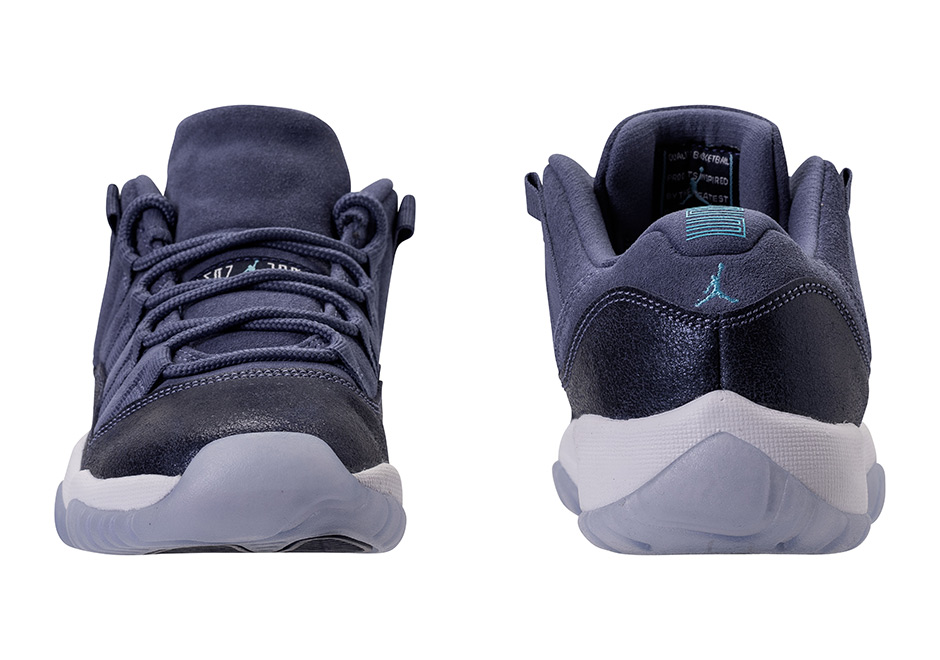 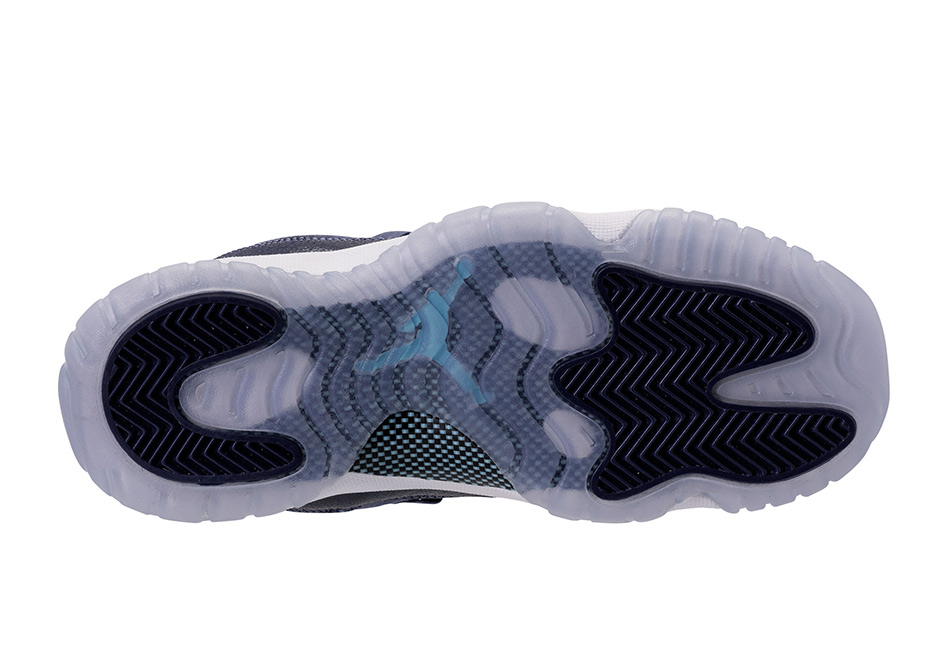