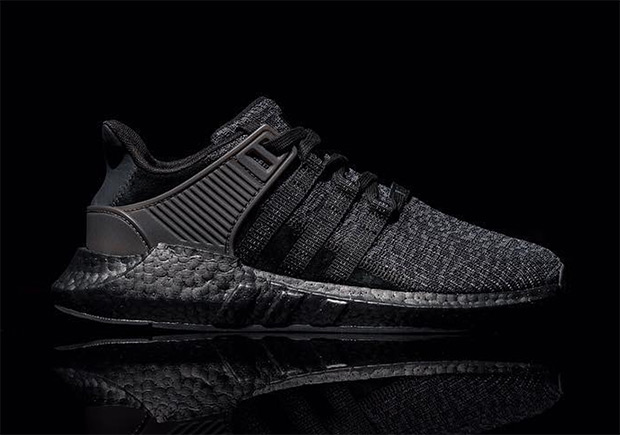 The adidas EQT 93/17 Boost has been the fan-favorite of the revitalized adidas Equipment line for its perfect combination of Primeknit and Boost technologies in a familiar, albeit modern formula. The adidas EQT Support 93 was privy to plenty of collaborative efforts a few years back and has since thrived in a brand new update featuring a lighter, more breathable construction than ever before. Today we get a look at the looming EQT 93/17 Boost Triple Black set to debut later this summer featuring the coveted murdered-out aesthetic with just a slight change of plans on the medial side. Contrasting white stripes hit the forefoot while a vibrant turquoise stands out where you’re not likely to notice – the shoe’s insole. An official release date hasn’t been announced yet for this pair, but stay updated on the latest from adidas Originals via our Release Dates page.