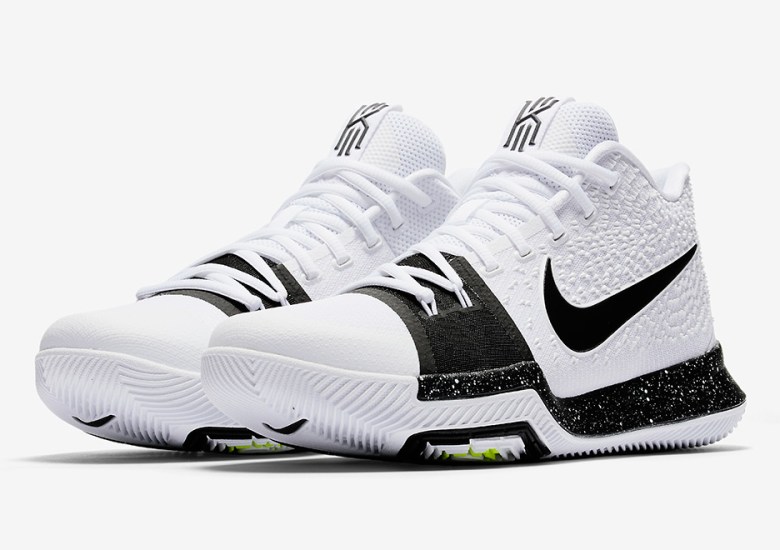 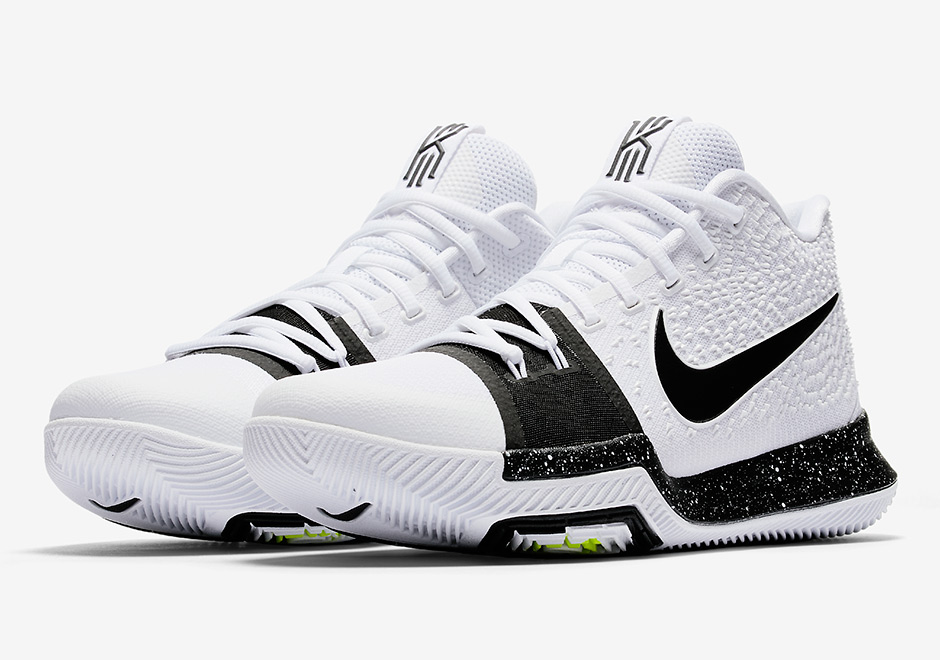 With all of the drama coming out of Cleveland this off-season, what with the firing of the general manager, rumors about LeBron James heading to Los Angeles next year, and a looming Kevin Love trade, we’re sure Kyrie is happy to be off somewhere on vacation. We’re hoping he’s found the time to just sit back, relax, and have America’s favorite cookie with an ice cold glass of milk to match the latest version of his ever-popular signature model. Kyrie Irving‘s third signature with Nike Basketball has been incredibly popular and we only expect bigger and better things from the Nike Kyrie 3 this summer. That’s where the Kyrie 3 Cookies and Cream comes into play featuring a clean high contrast use of white and black speckling throughout in an homage to the popular “Oreo” colorway. The Kyrie 3 benefits from Volt touches on the unique traction system underneath while the rest of the white and black upper remains simple and refined for the perfect look to hold you down for a summer of hooping. No team loyalty or Cleveland colorways here. Just back to the basics. The Nike Kyrie 3 Cookies and Cream will release on July 21st for $120 USD. Check out more detailed shots below. 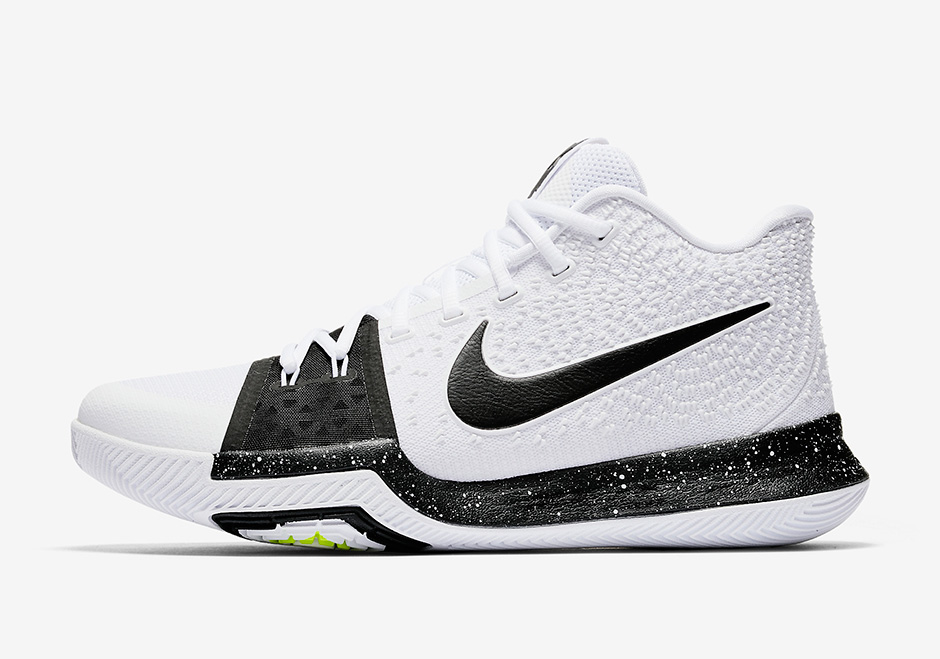 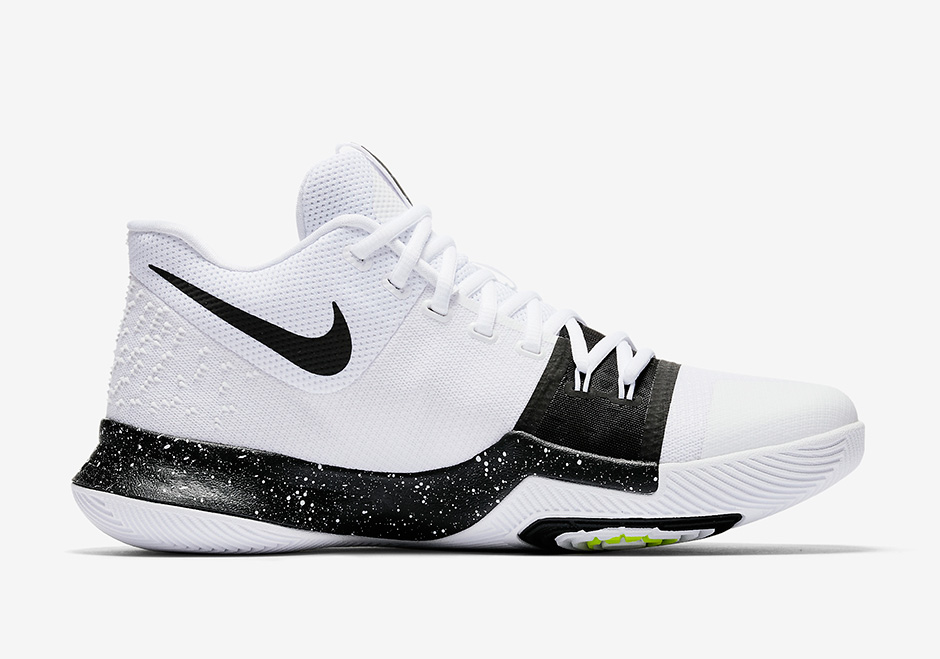 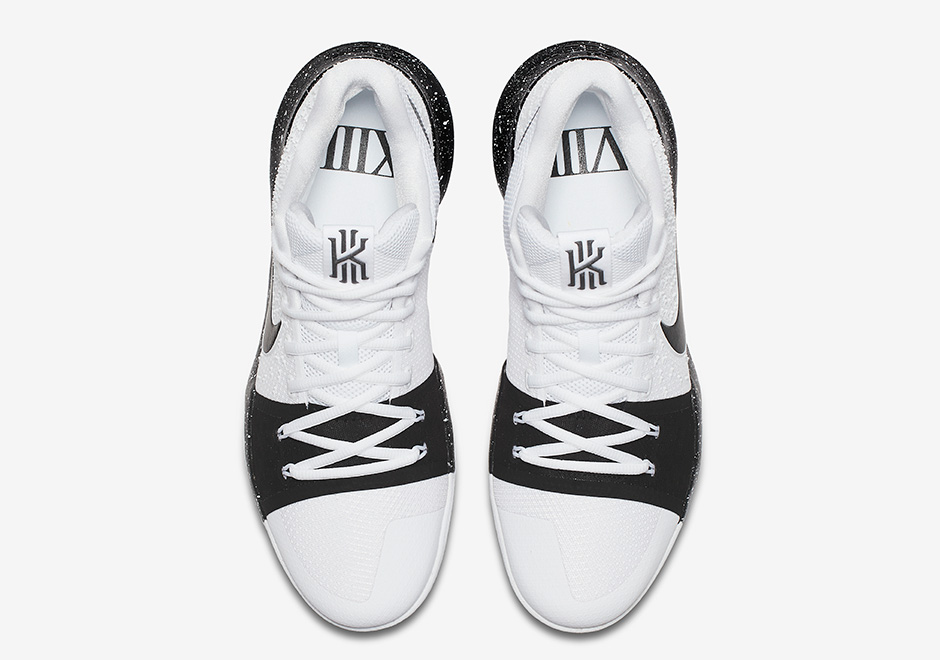 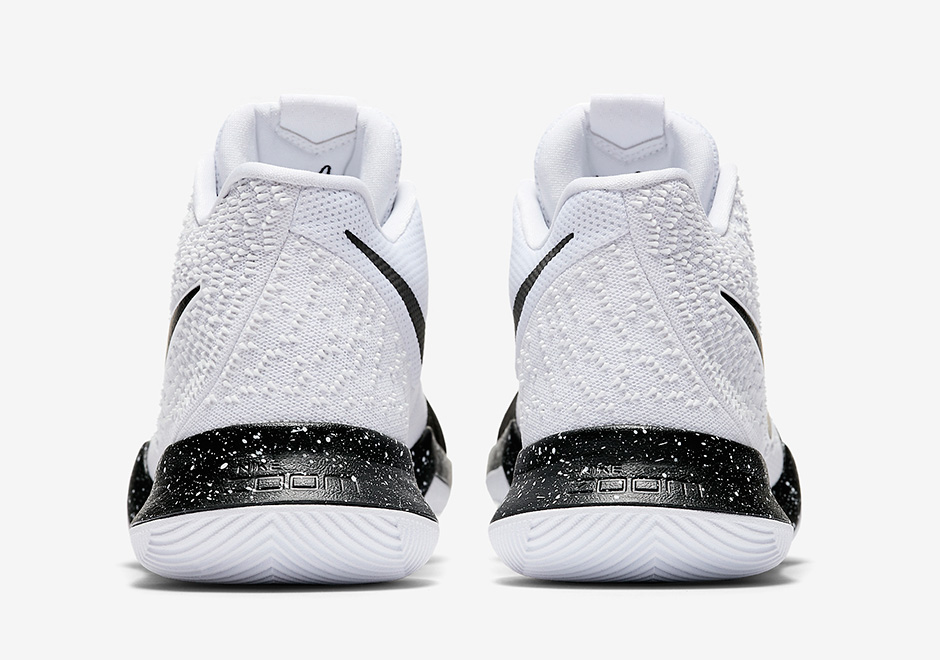 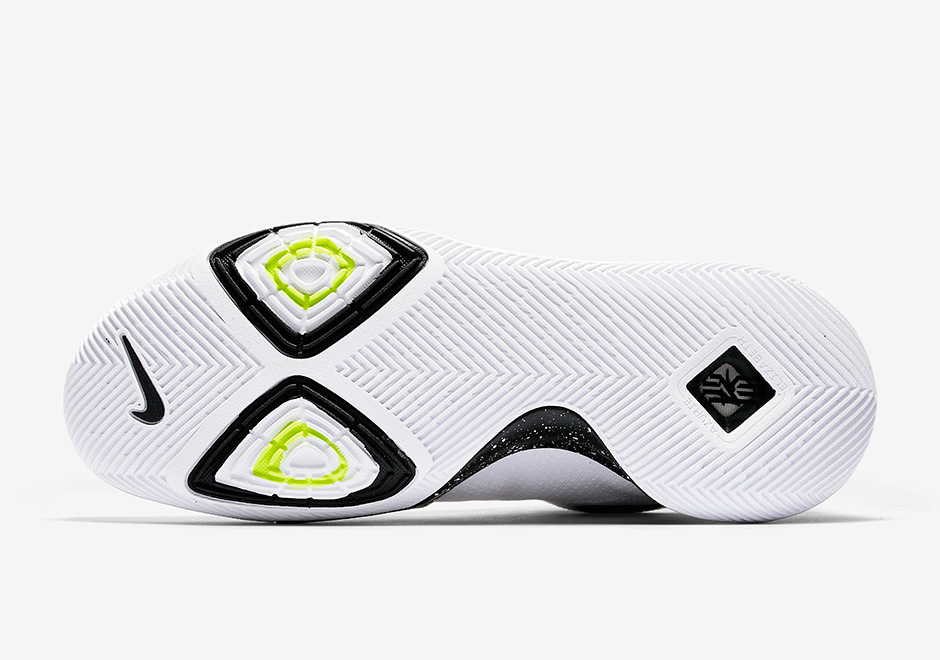 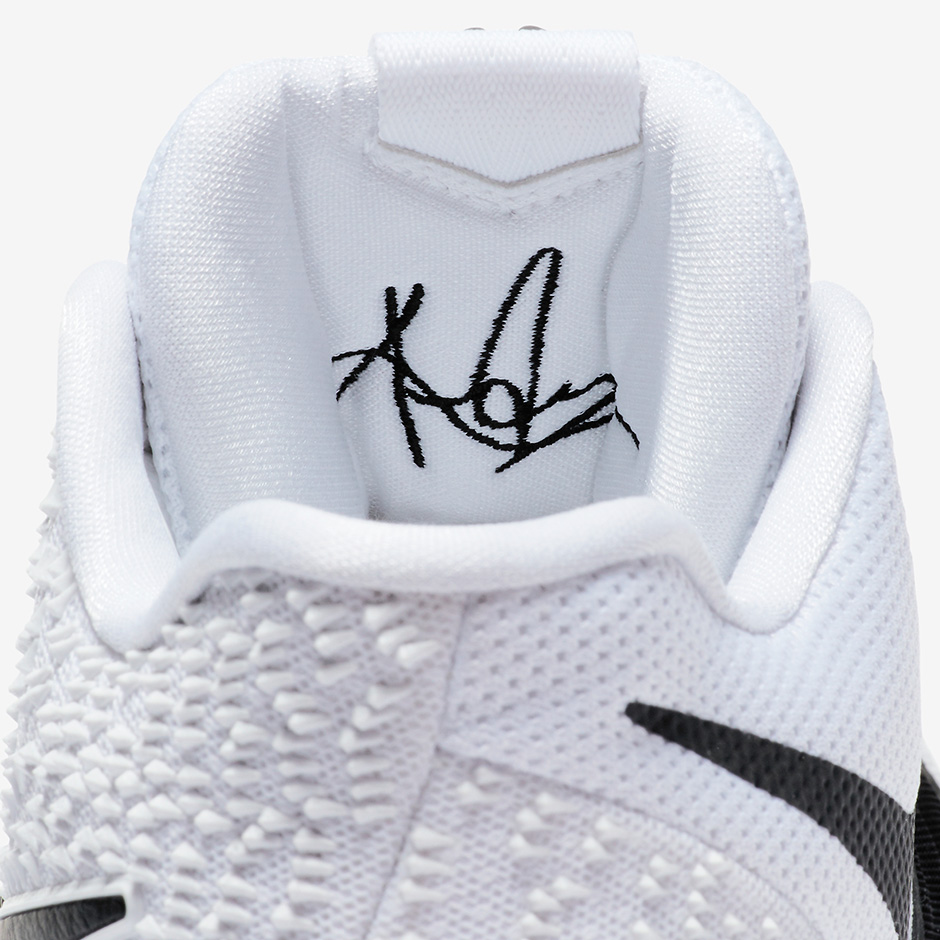