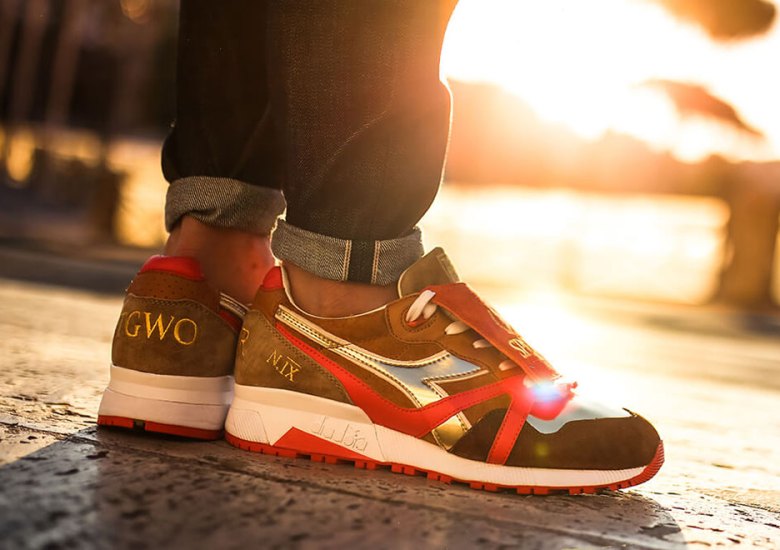 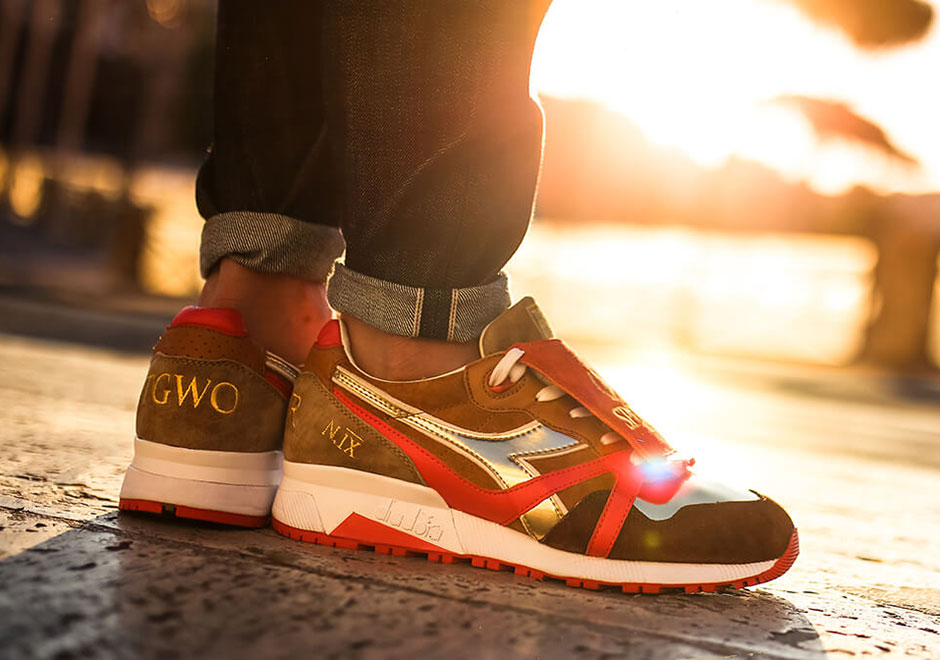 German sneaker shop The Good Will Out adds to their recent collaborative collection with Diadora inspired by the rise and fall of the Roman Empire with this N9000 “S.P.Q.R.”. The four-letter abbreviation stands for “Senatus Populusque Romanus”, which translated means “the senate and the populace of Rome”, an expression that has been used as a symbol for the strength, beauty, and power of the city. Following the premium sneaker colorways inspired by notorious Roman emperors Caligula and Nero, the S.P.Q.R. N9000 features a luxurious nubuck and suede construction in shades of brown, red, and metallic gold to illustrate the opulent times of ancient Rome. The shoe also comes with removable banner shrouds over the laces.

Limited to only 447 pairs worldwide, the Diadora N9000 “S.P.Q.R.” will be released July 8th at TGWO in Cologne, Germany and their partner store I Love Tokyo in Rome. Any remaining pairs will be sold online. 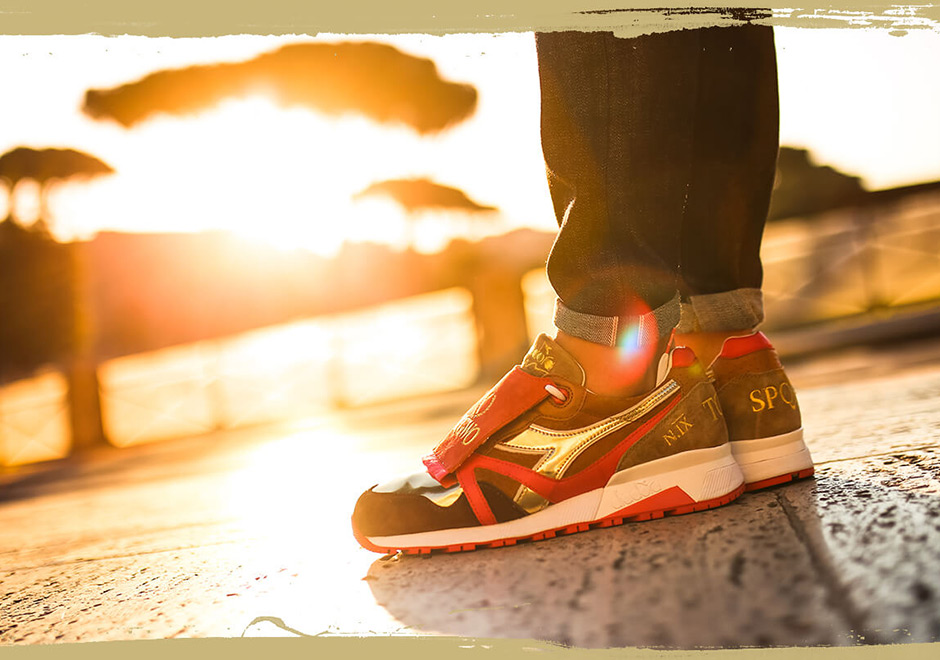 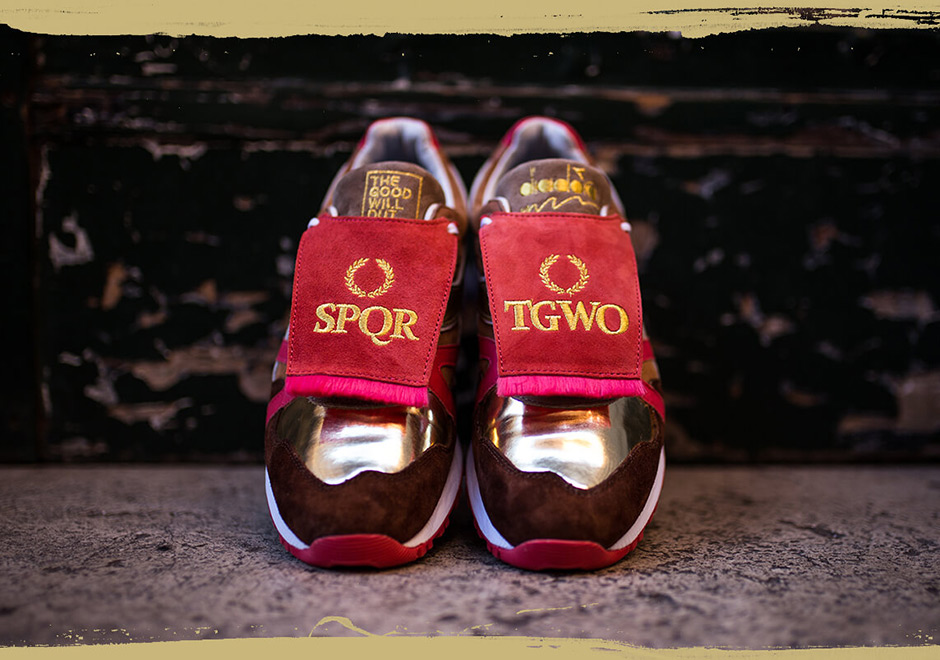 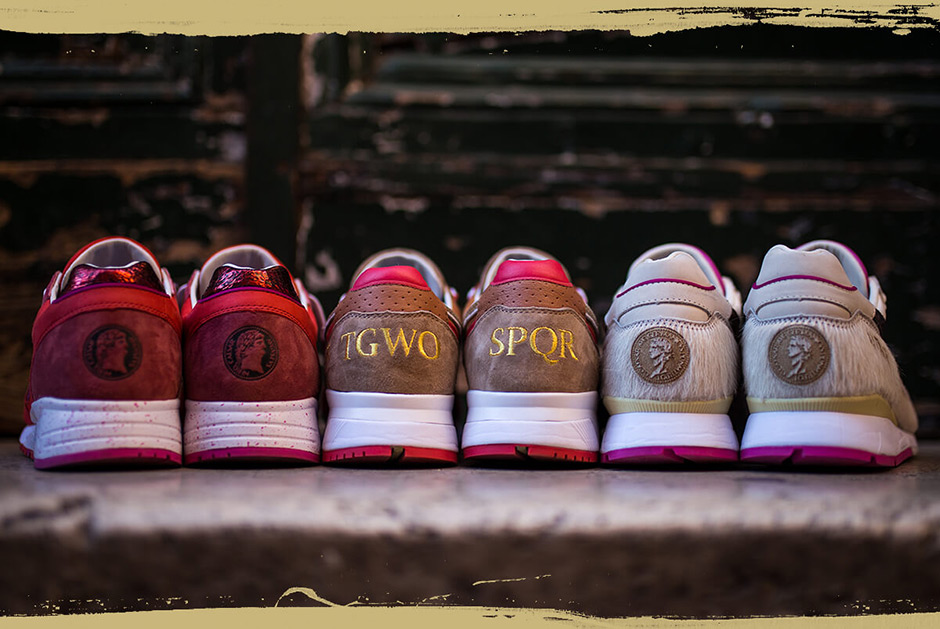