“Melo is a long-time and respected member of the Jordan family. As is the case with all Jordan family athletes, we work together with Melo on a footwear plan each year, and no decisions have been finalized about future models. Any decision made will be a collaborative one between Melo and Jordan Brand.”

Carmelo Anthony has a new team this season, but he won’t have a new signature shoe. According to industry sources, Jordan Brand has chosen to end Melo’s signature shoe line, making his last shoe, the Melo M13 his last model. The move comes despite Anthony signing a new long-term deal with Jordan Brand in January, and although he will now have no signature shoe, Jordan Brand still plans to poise him as one of the faces of the brand. This obviously opens up space for his new teammate and fellow Jordan Brand athlete Russell Westbrook to have his own signature performance model, which was a given after he recently signed the biggest contract in Jordan Brand history, anyway.

Although Anthony has continued wearing the M13 during Thunder preseason games, it’s unclear at this point what he’ll be wearing when the season starts. With no new signature shoe, it’s likely that he’ll wear a combination of sneakers, including the new Air Jordan 32, Super.Fly 2017, and retro models. 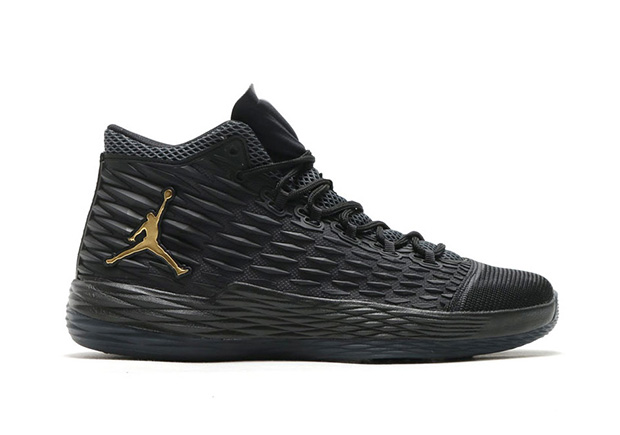