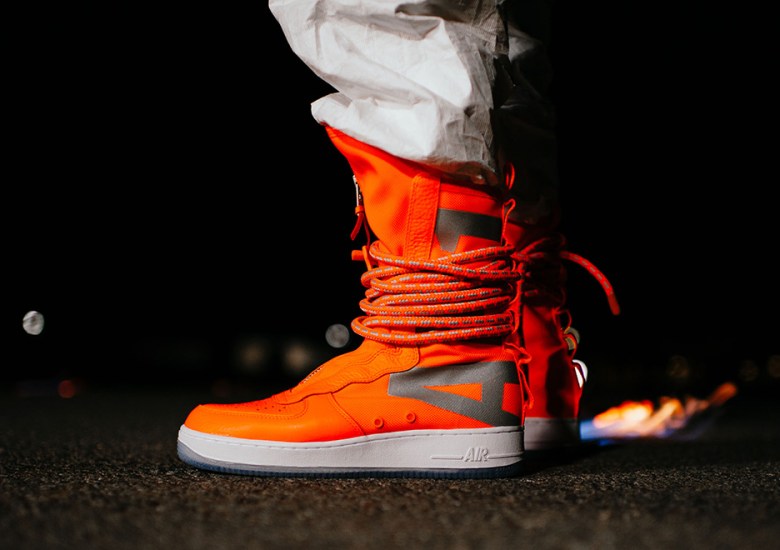 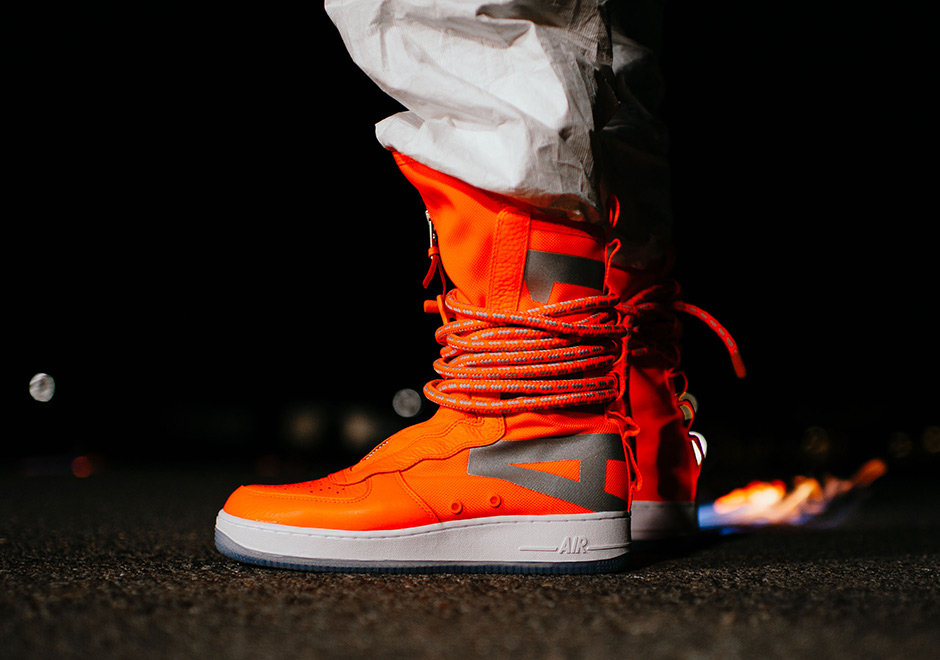 Nike continues to evolve the Air Force 1 both laterally and vertically as new iterations of the iconic basketball shoe from 1982 continue to appear. The high-top style born from Nike designer Ben Kirschner’s SF-AF1 series introduced a new realm of style that went beyond basic norms of Air Force 1 styling, so while the shoe isn’t quite for the purists, it has plenty of appeal. The new rope accessory is something unprecedented with the Air Force 1, but the mega-high zipper and confident AF-1 branding makes enough of a statement – even without the total orange colorway. Grab the Nike SF-AF1 High at select Nike Sportswear retailers such as Rock City Kicks on November 2nd. 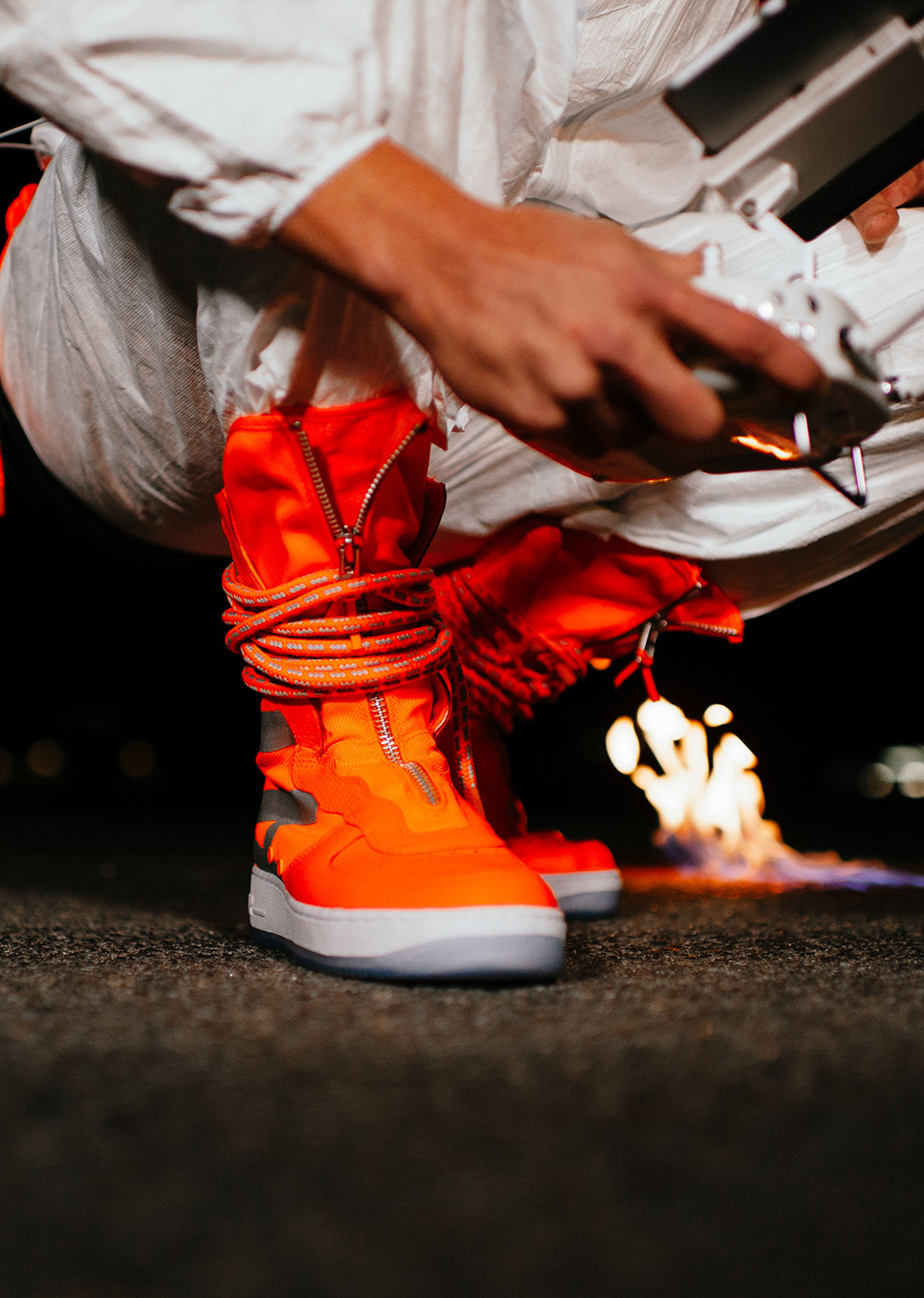 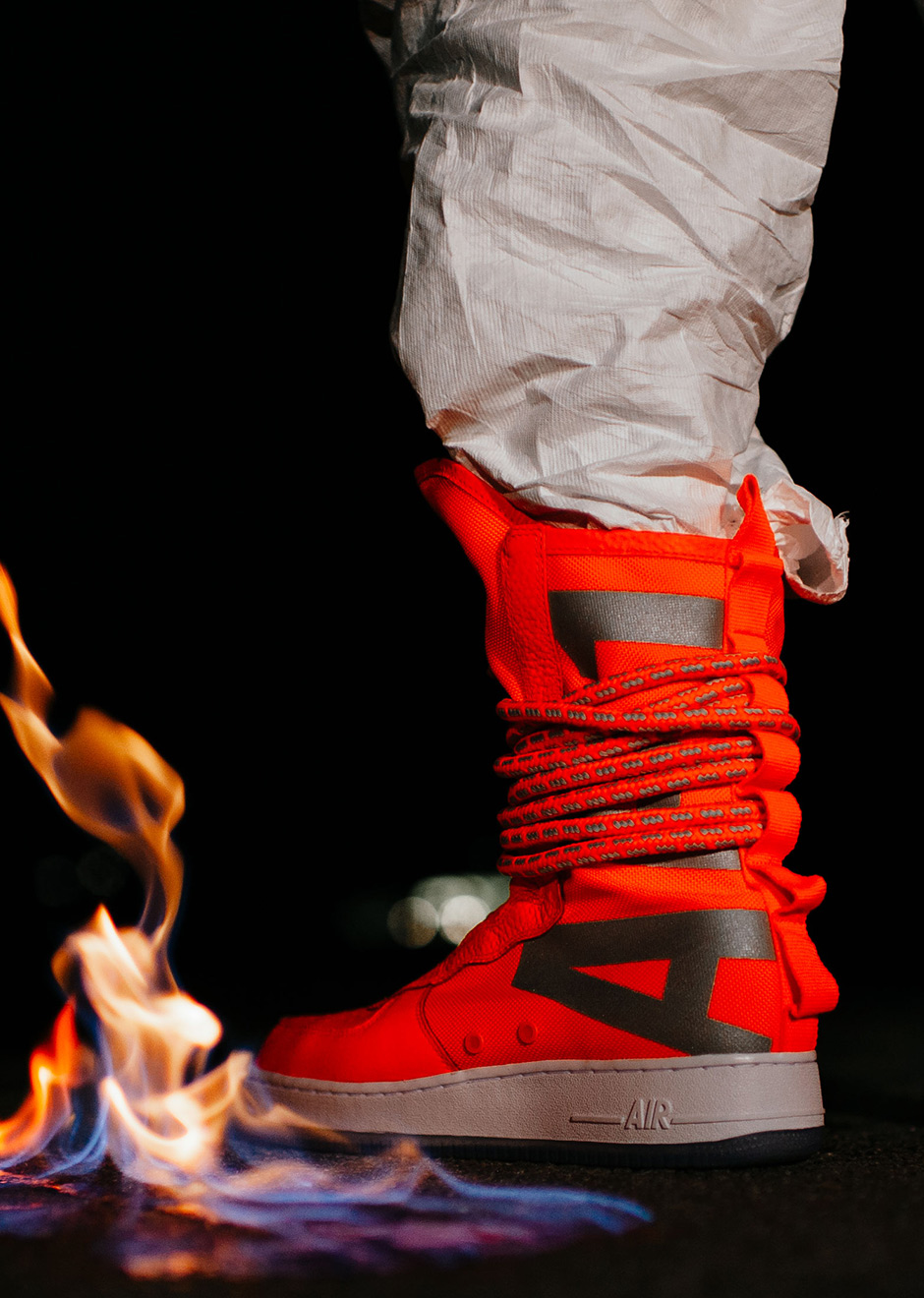 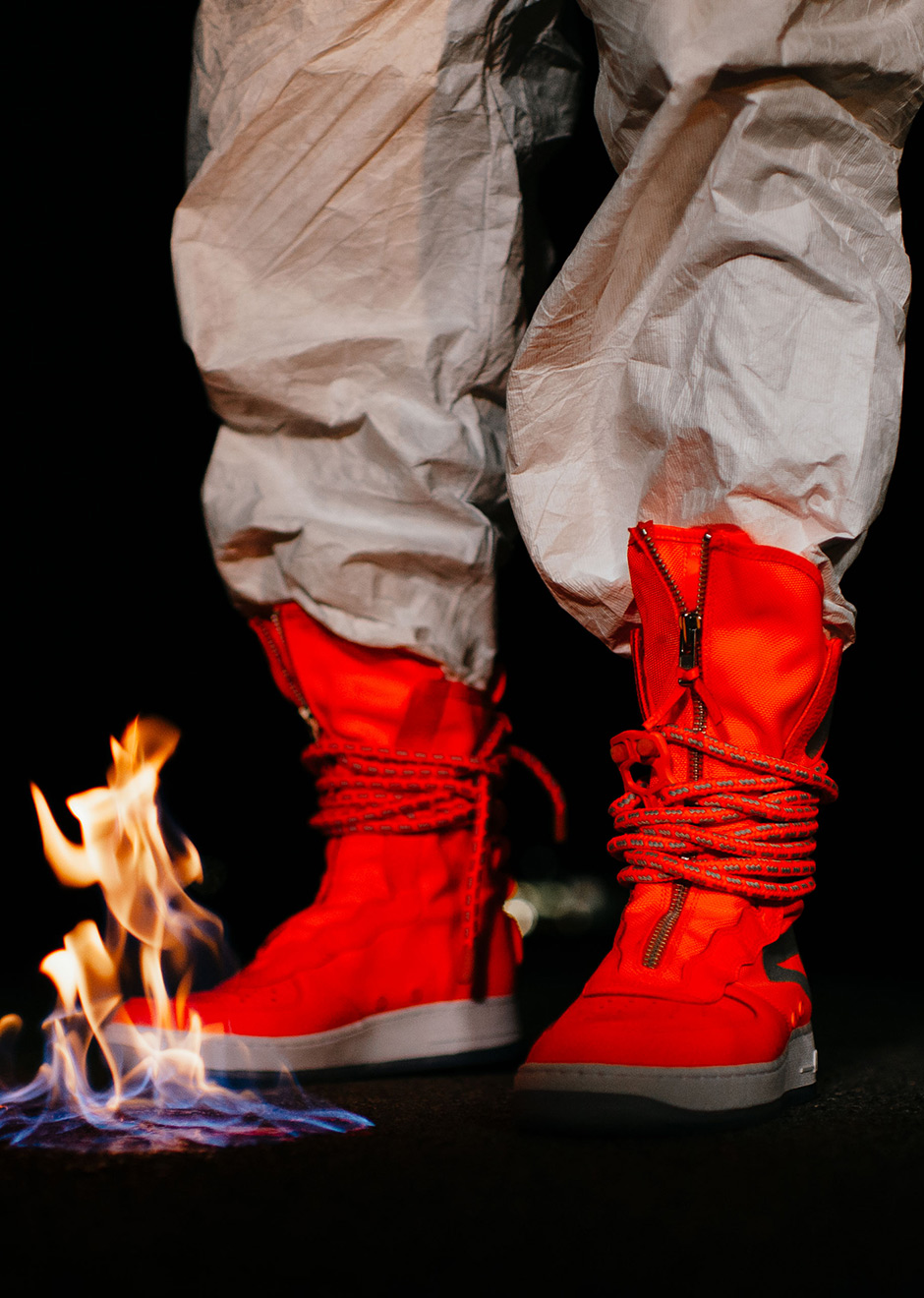 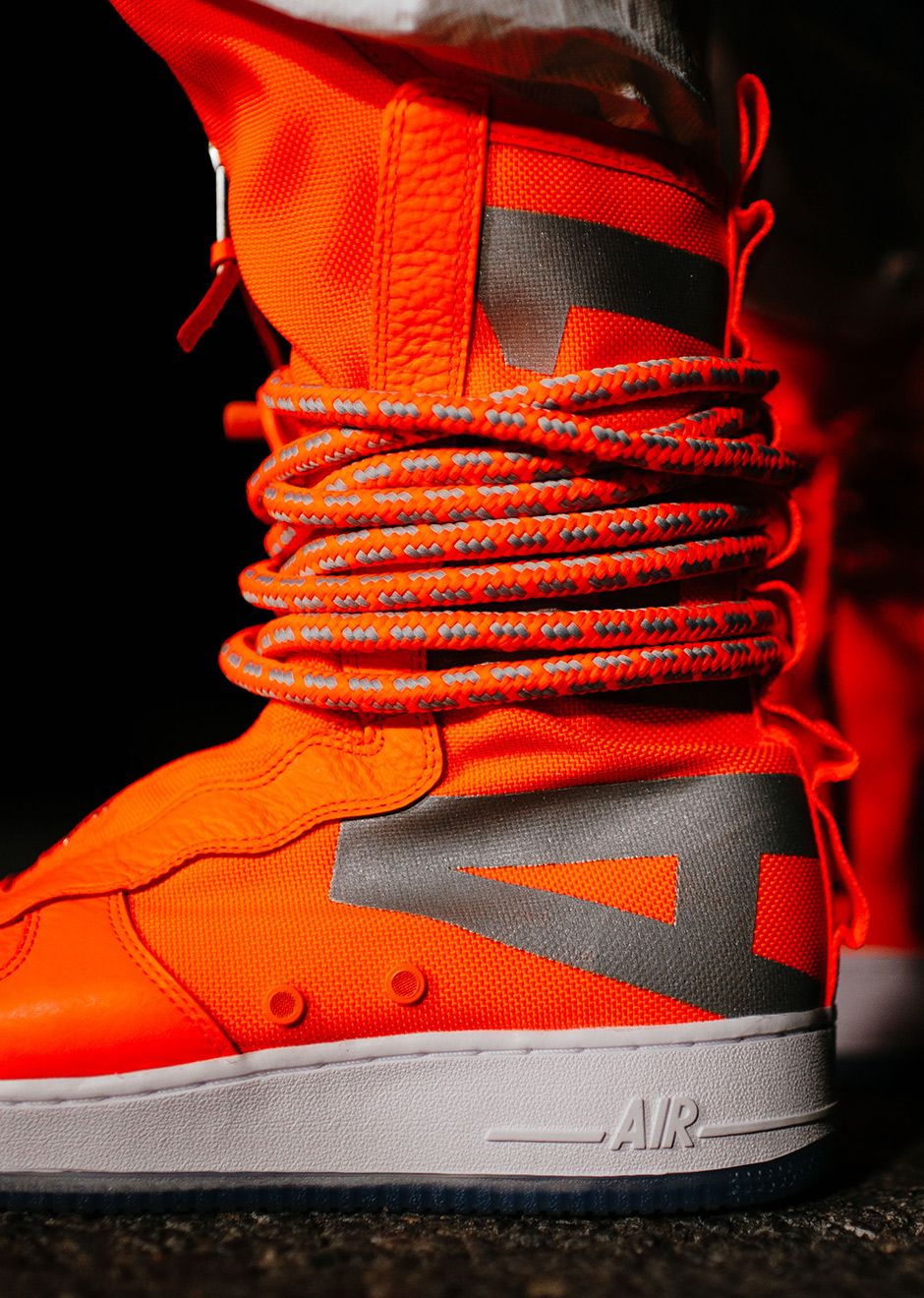 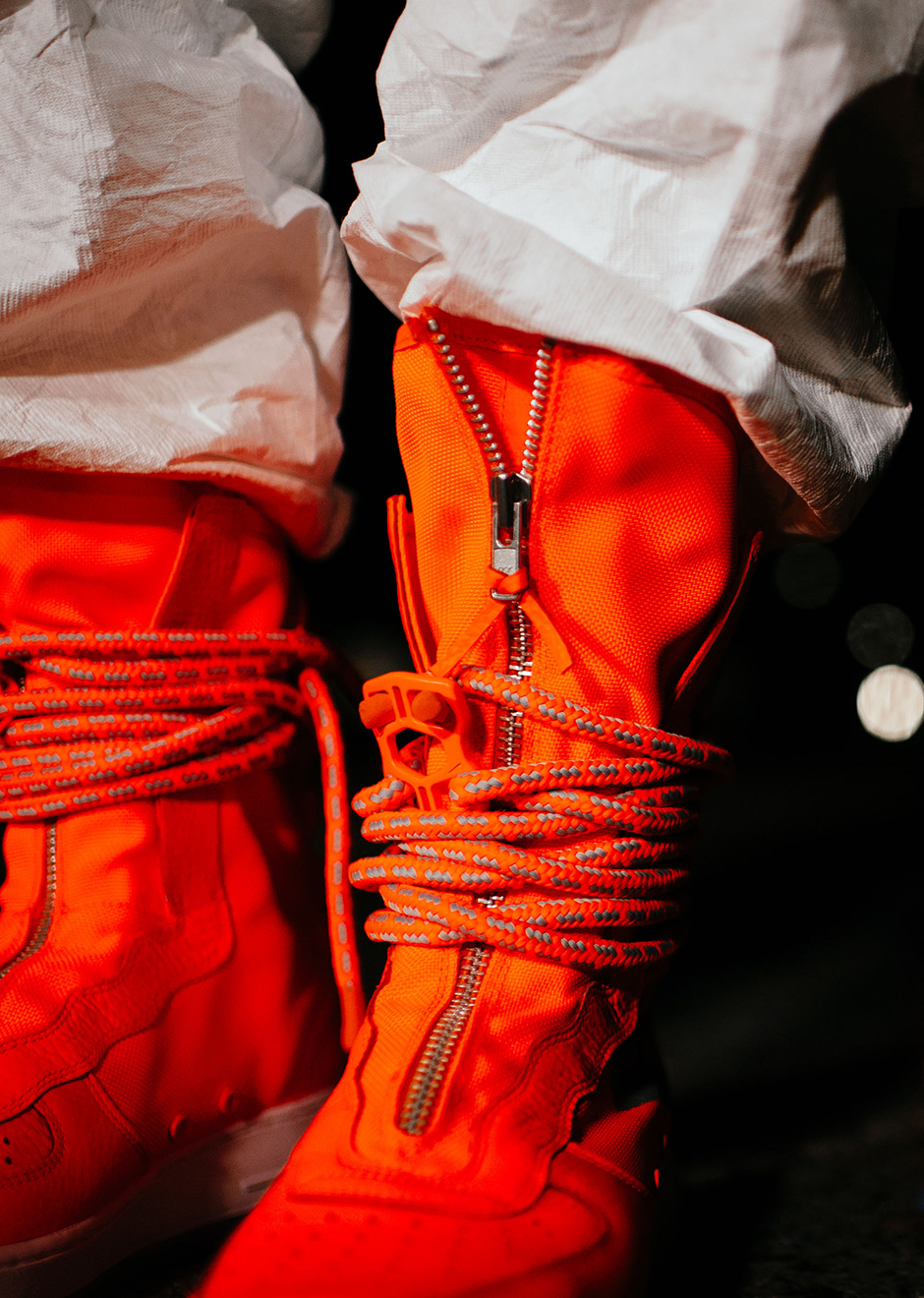