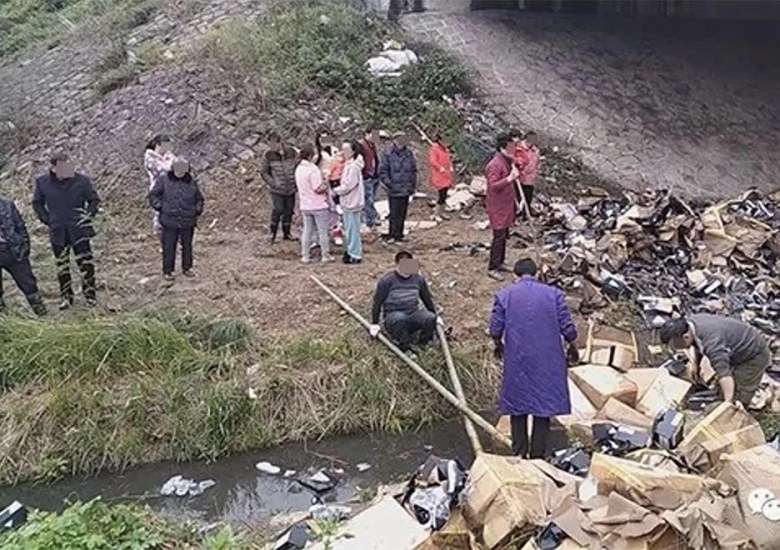 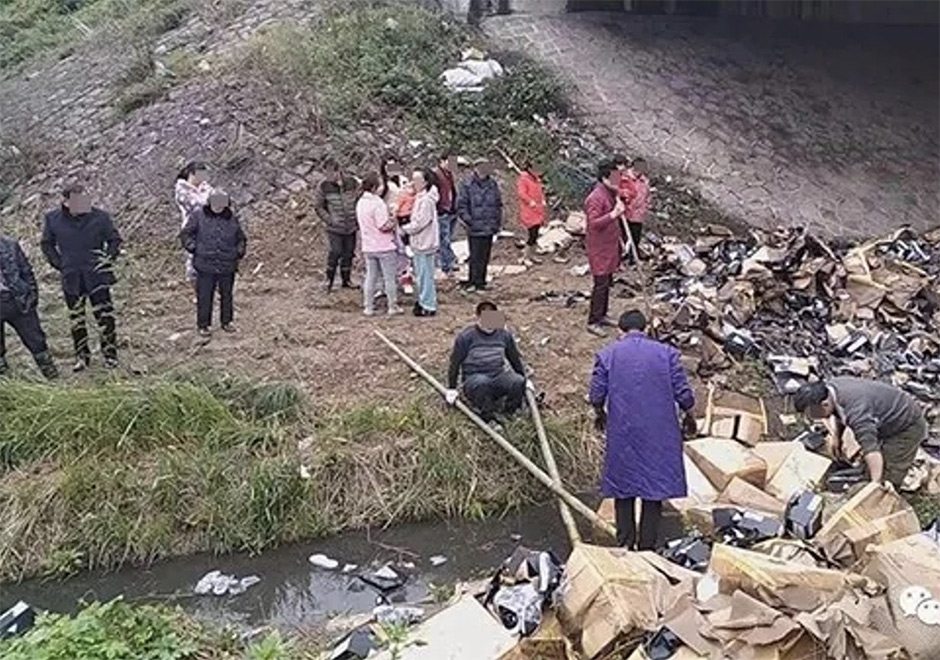 It is being reported that a freight truck riding through eastern China caught fire after brake failure, potentially damaging much of the cargo inside. What was this truck carrying? Only about 10,000 pairs of adidas shoes. The driver was able to save a great deal of the product from the flames, but was injured in the process. To make matters worse, nearby villagers raided the massive haul of adidas stock and looted nearly $500,000 in adidas footwear. The remaining, unlooted stock was collected 10 hours later when one would have to think there wasn’t much left. The question is, just what pairs happened to be on that truck? 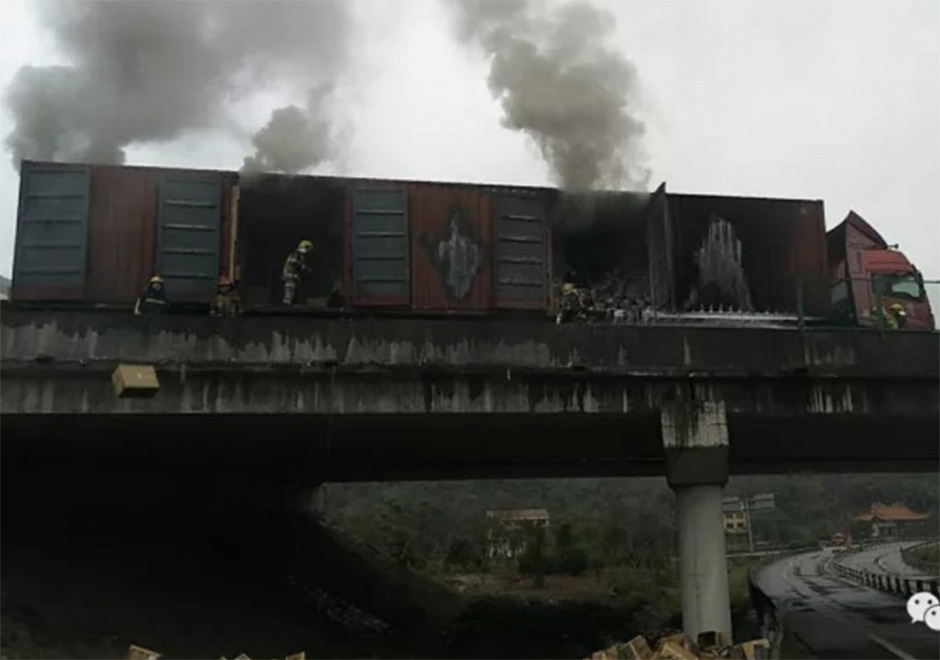 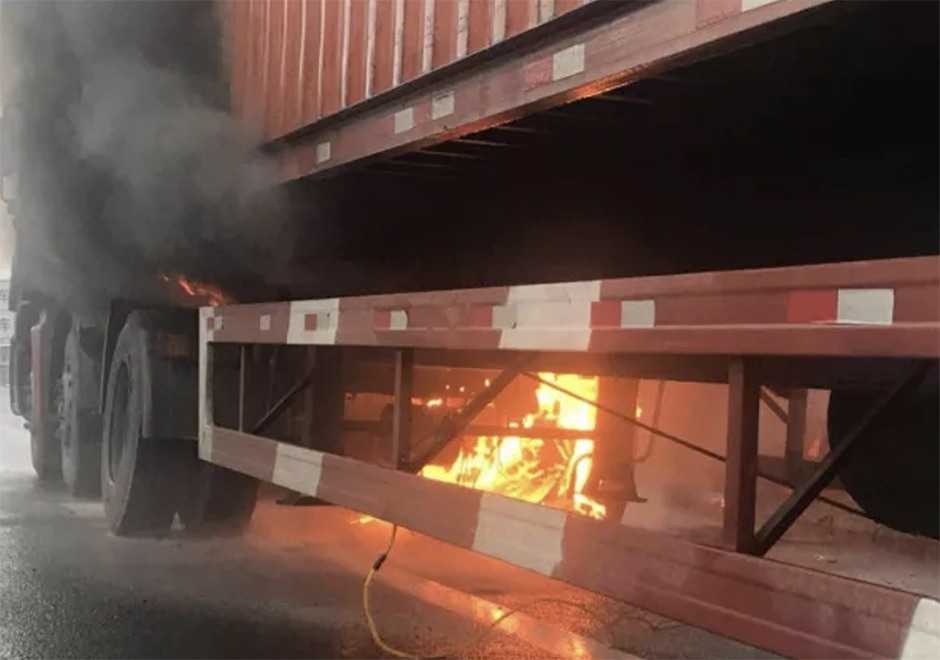