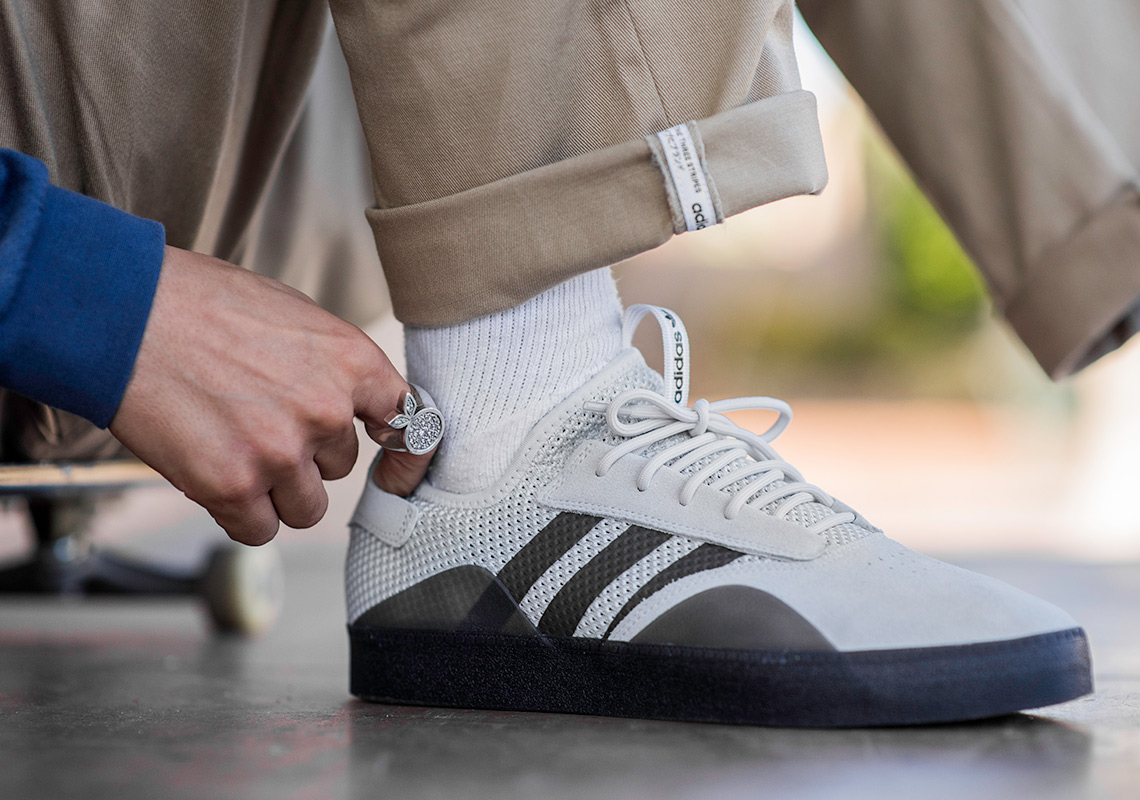 What To Know About adidas Skateboarding’s New 3ST Footwear

adidas is looking to further evolve the skate shoe with a new open source workshop design approach, further blurring the lines between designer and athlete to create footwear that serves the very specific and old-school needs of skaters. For the newly unveiled 3ST line, adidas listened very closely to the feedback of its athletes to produce two new silhouettes that introduce a fresh aesthetic to the category without messing around with the essential skate-shoe ingredients; the shoes were extensively tested by the skaters to ensure there was no gap between their needs and the product. The adidas Skateboarding 3ST line and its two inaugural silhouettes, the 3ST.001 and 3ST.002, are officially unveiled today with a release date set for April 5th on adidas Skateboarding. We took a moment with Senior Footwear Designer Scott Johnston, one of the individuals to work on this project, to discuss some key points of the new shoes, so check out the quick Q&A below.

Update: The adidas 3ST.001 is available in three colorways on adidas.com

Sneaker News: How important is it to get skaters involved in the design process?
Scott Johnston: It’s very beneficial to have our team involved from the beginning. To start, it’s helpful to know what shoes they’re currently wearing and why so that we can build ideas stemming from that information.

However, when we’re conceptualizing a design that is new and unfamiliar, it’s imperative to get them involved from the ground up. This way, they understand the reason behind the design and feel a great sense of ownership when they’re holding the final product in their hands, knowing that their feedback from wear testing was valued and implemented. That, I feel is the key win here.

SN: What are some aspects of skate shoes that you know you couldn’t disturb, and how did you build upon that?
SJ: The key to a good sole on a skate shoe is a flat sole with good tread for grip and the perfect balance of flex without it being floppy. As for the upper, it has always been the ultimate suede material. It’s like a baseball glove, you have new tech synthetics available, but you’ll never beat the feel of a good genuine leather glove. The same goes for a skate shoe; suede is the best!

To build on that, designers can go many ways, but with 3ST, we wanted to do more with less. 3ST is bold, yet simple, and packed with a good amount of hidden bonuses from the Torsion system. Torsion is used for stability but doubles down for durability as well with the 3ST. EVA midsole, which is never found in vulc, was implemented inside the 3ST for that perfect addition of comfort to a vulc style shoe.

SN: What were some goals you had in mind when creating the 3ST line?
SJ: The initial goal was to explore and create something new for skateboarding, something we can call our own. There was a time in skating when skate shoes had their own design language. Now everything is starting to overlap, and a lot of shoes look similar.

We were challenge ourselves to discover what the future of skate shoes could look like. We led a big design workshop session in Germany with a large, diverse group of designers. We set the tone with 90’s skate and how it could translate into this future design while avoiding it looking like a spaceship.

We showed them our muses that included adidas Pro skateboarders Blondey McCoy, Na-kel Smith, Tyshawn Jones, and Miles Silvas. From there, all of the designers sketched as a team to find out what these future skate shoes could look like. We identified a few that stood out, brought our athletes on for feedback and wear testing, and built them out.

SN: What are some of the non-skate design elements in 3ST?
SJ: We’re still creating what the new skate design can be. Within this workshop process, we’re reusing details from adidas’ DNA within the 3ST family. An example of this is the textures on the foxing tape, which are pulled from the Gazelle. adidas creates amazing translucent outsoles, so we brought this into 3ST as a key design attribute.

SN: Can you elaborate on what adiTUFF is?
SJ: Some tech is simple, but when used correctly, it adds a great value to the product. Most shoes have toe reinforcements made of plastic, but we apply a thin layer of rubber and shape it to extend into the high wear areas for added durability. This is what adiTUFF is. Pretty simple but very effective. 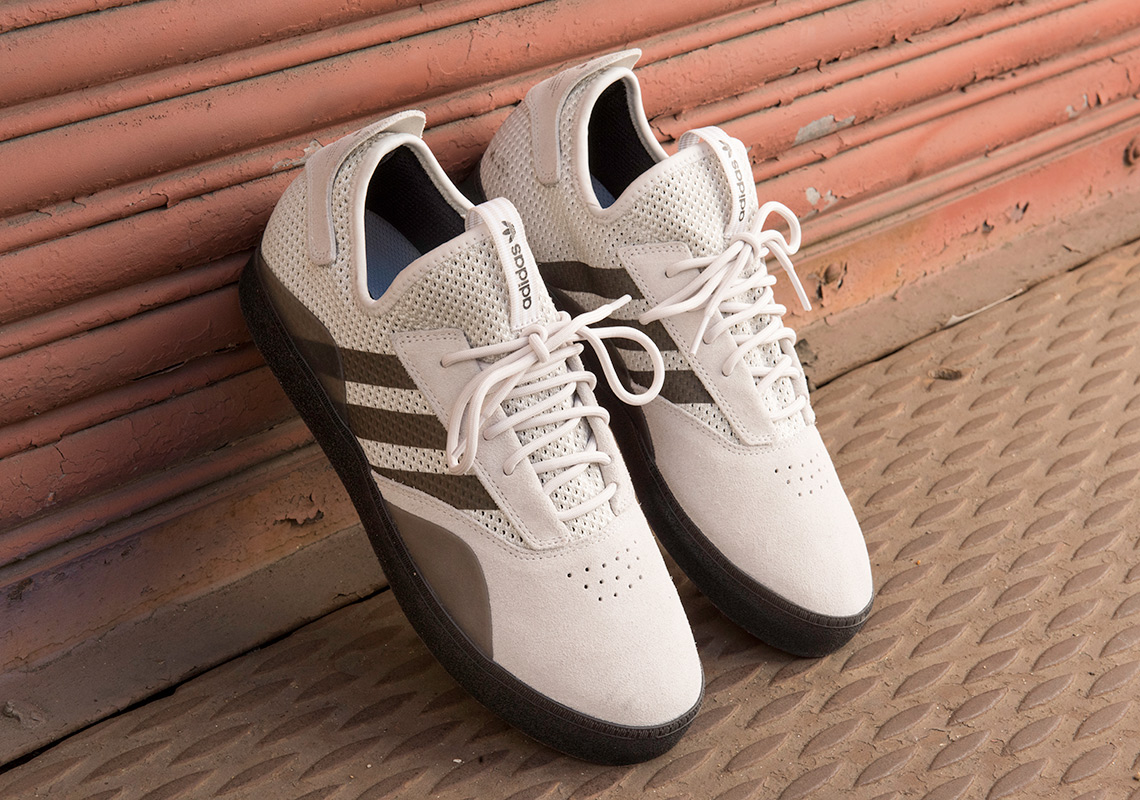 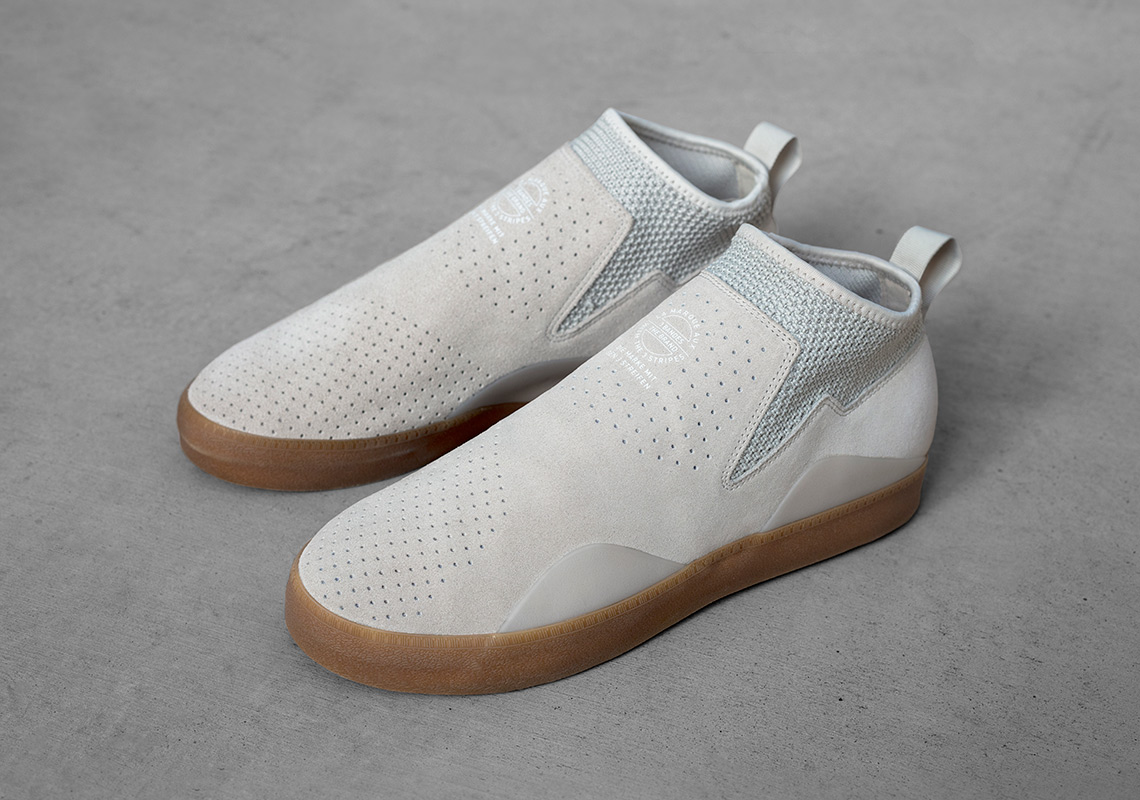 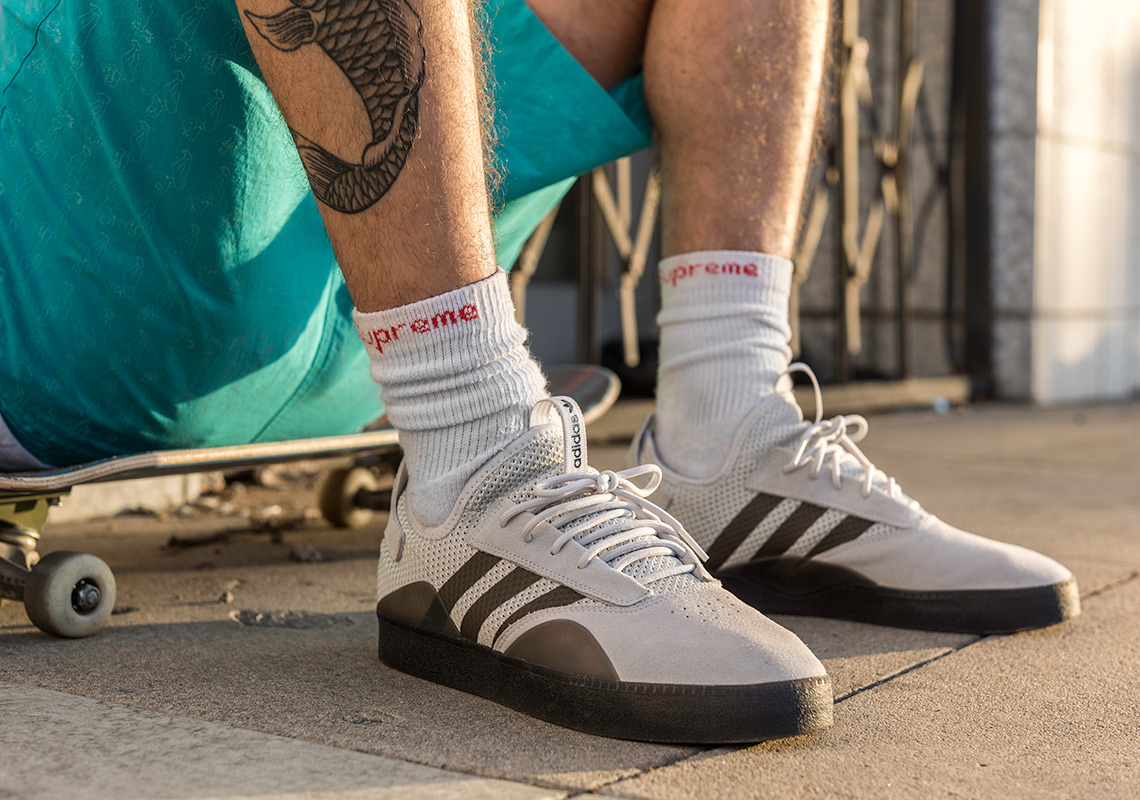 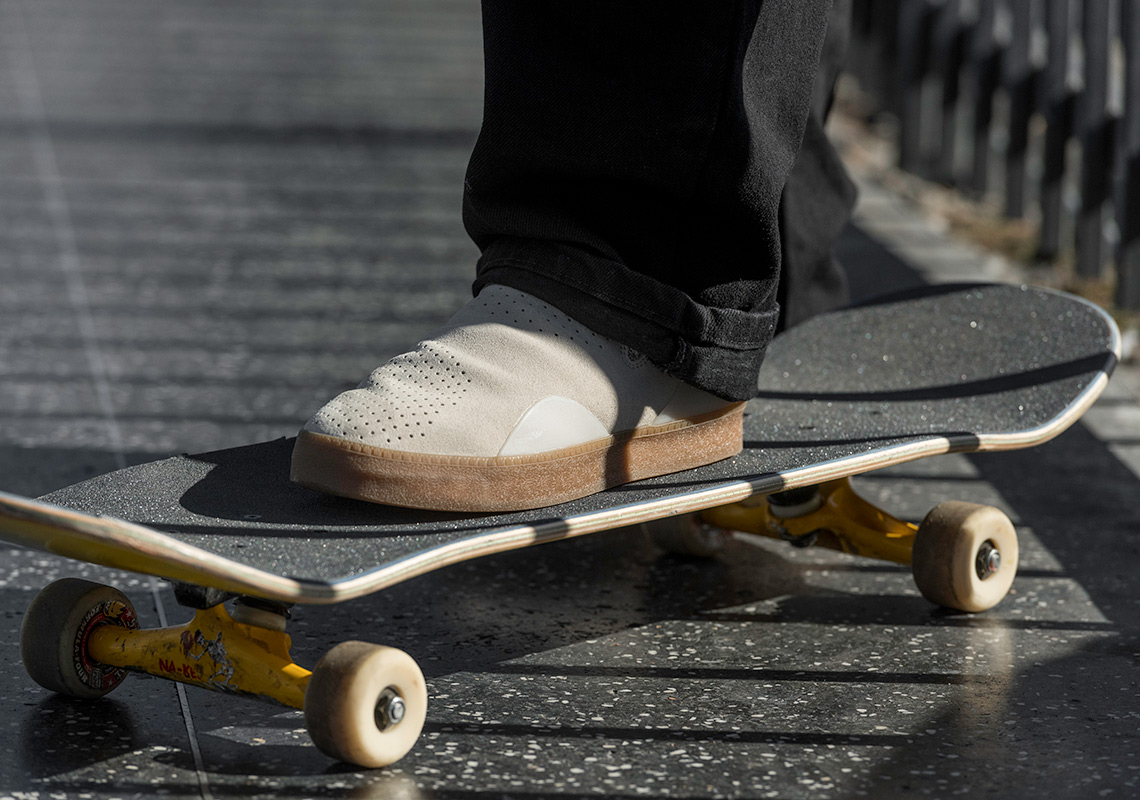 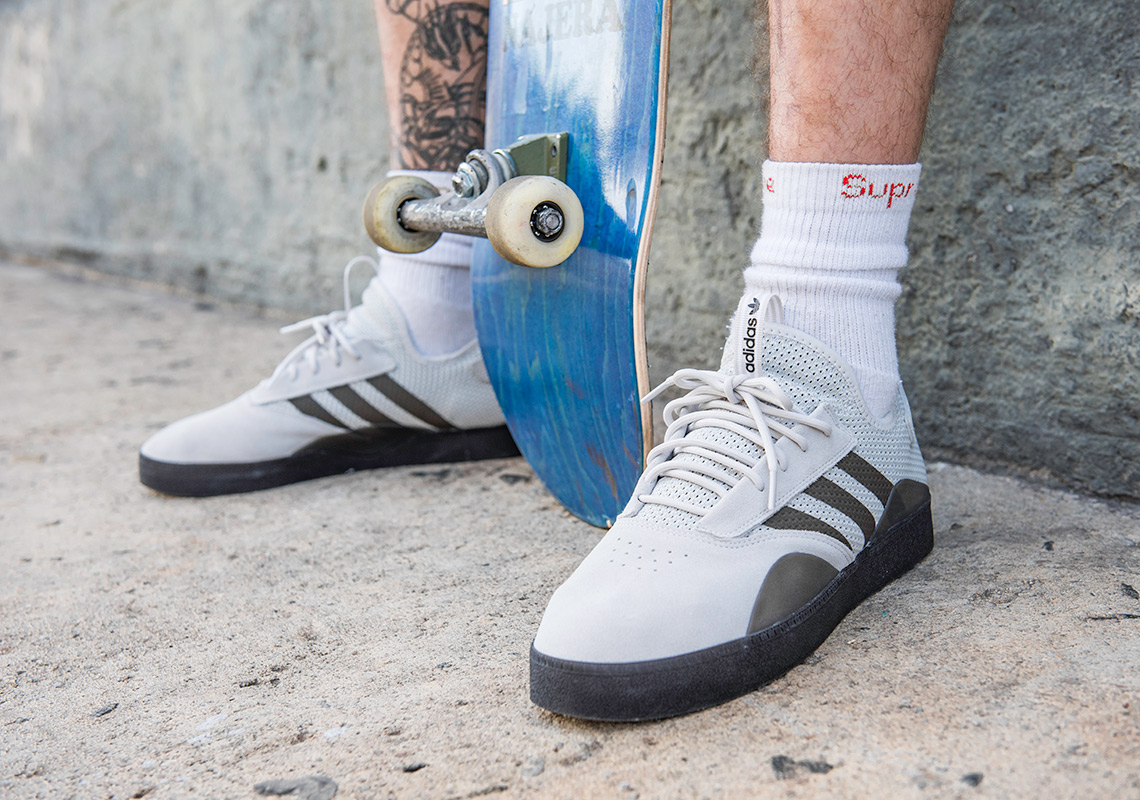 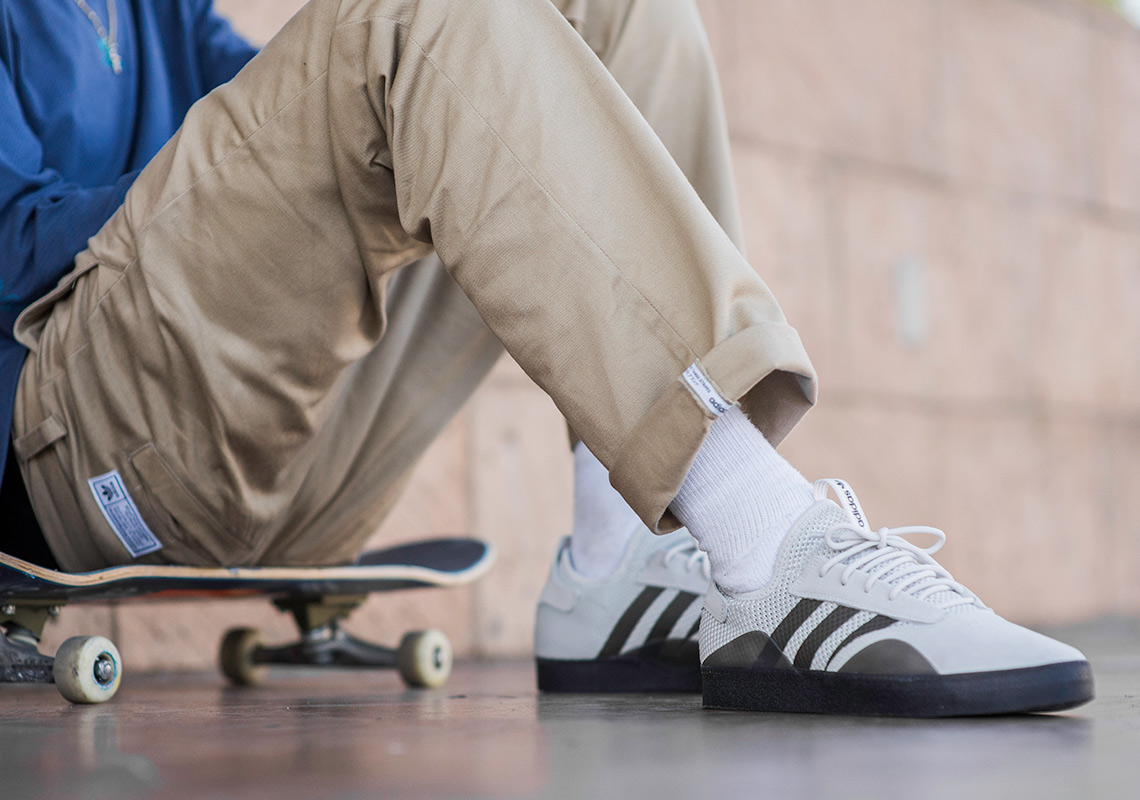 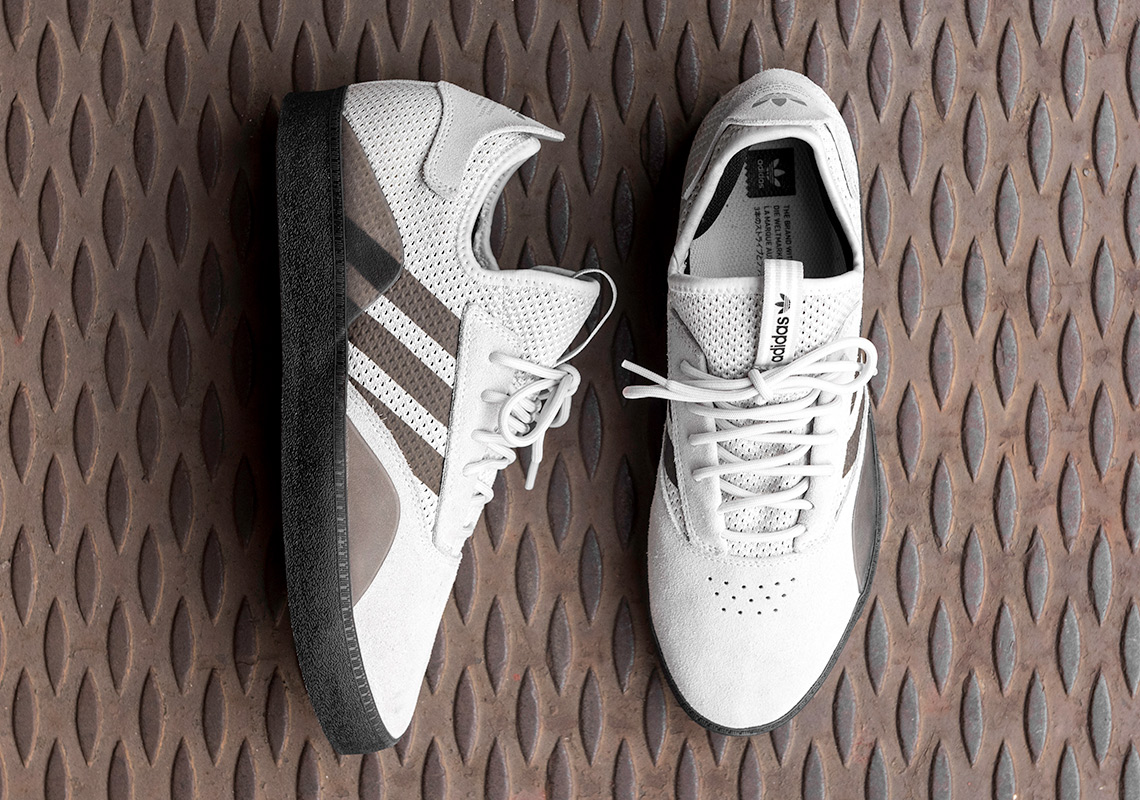 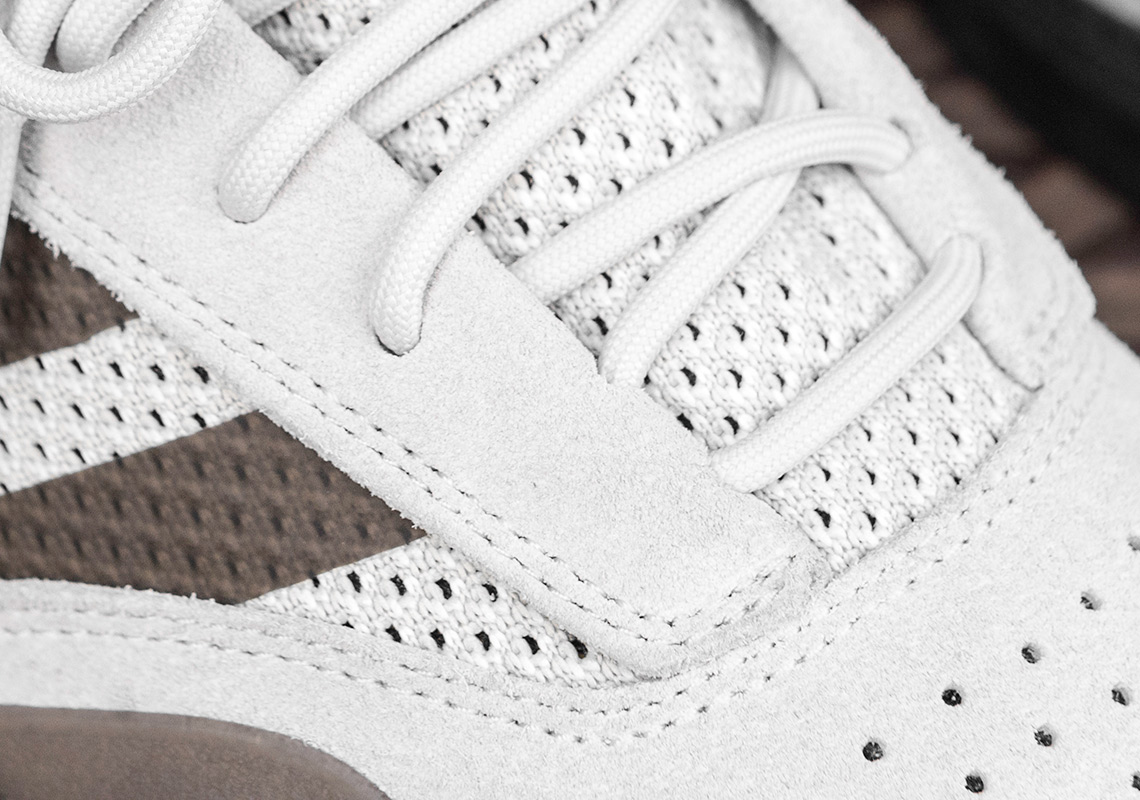 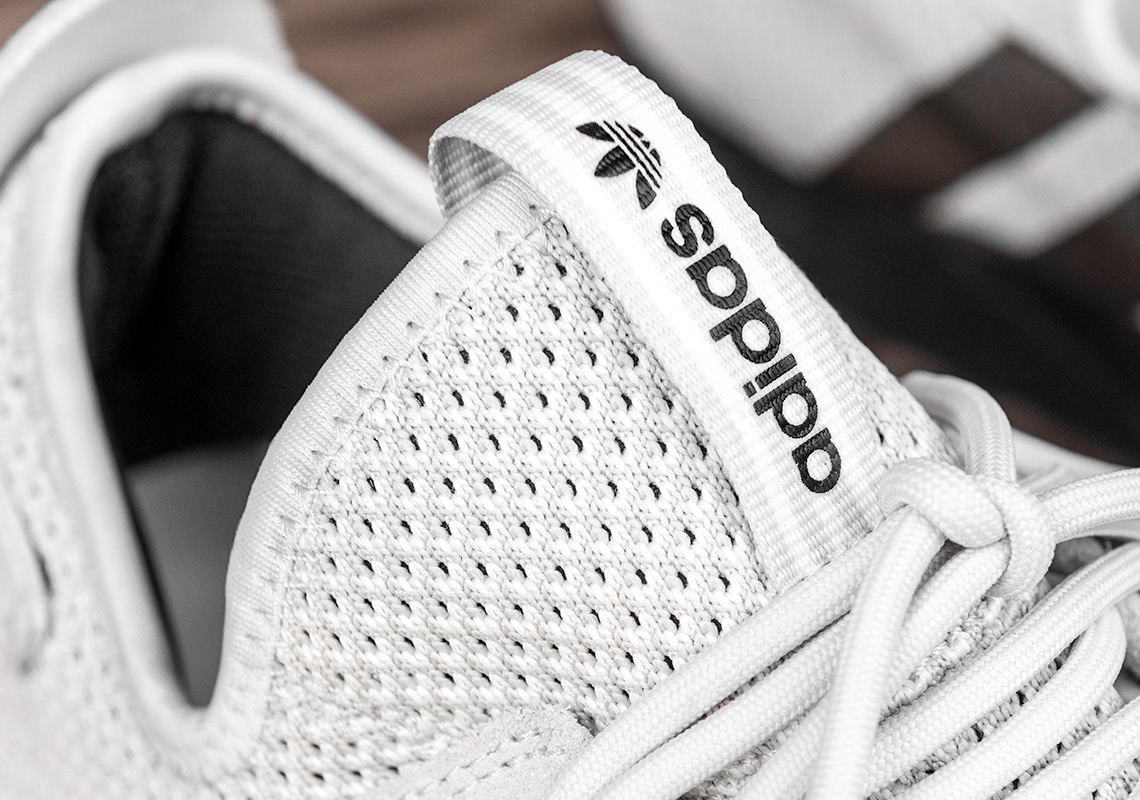 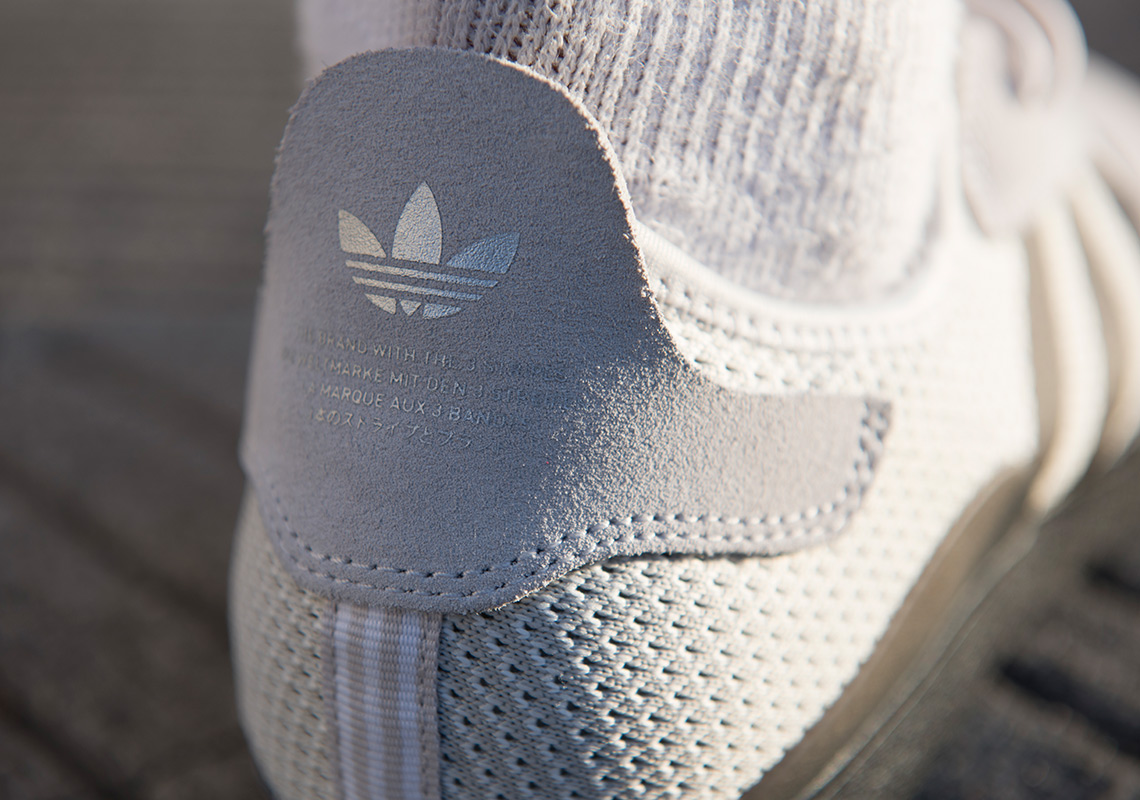