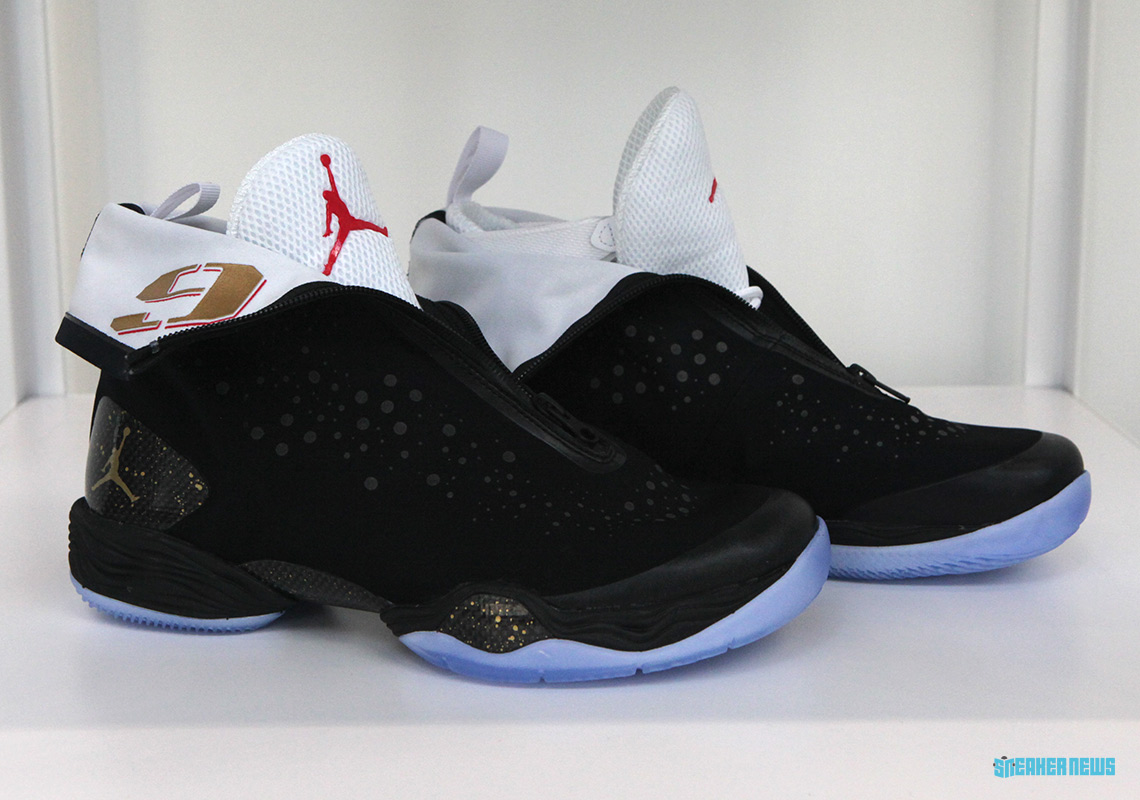 Art Of A Champion: Ray Allen’s Game-Winning Three In The 2013 NBA Finals

As part of Nike’s extensive “Art Of A Champion” collection, a Jordan 28 entitled the “Locked And Loaded” that honors legendary sharpshooter’s Ray Allen‘s memorable game-tying 3 pointer with 5.2 seconds left in Game 6 of the 2013 NBA Finals is slated to release on May 12th. The first-ever retro release of the Jordan XX8, a shoe that Allen wore various PE’s of during the Heat’s championship run, the “Locked And Loaded” Jordan 28 features a black high boot adorned with a raindrop print that zips down to reveal a white upper featuring a bright red Jumpman on the tongue . The right shoe features a “9” on the lateral side of the boot while the left shoe features a “5” on the lateral side, commemorating the 95 total points the Heat scored in their Game 6 victory over the San Antonio Spurs before going on to take the championship in Game 7. Gold speckle detailing on the heel cage and an icy translucent outsole complete the shoe’s still-sleek championship look. 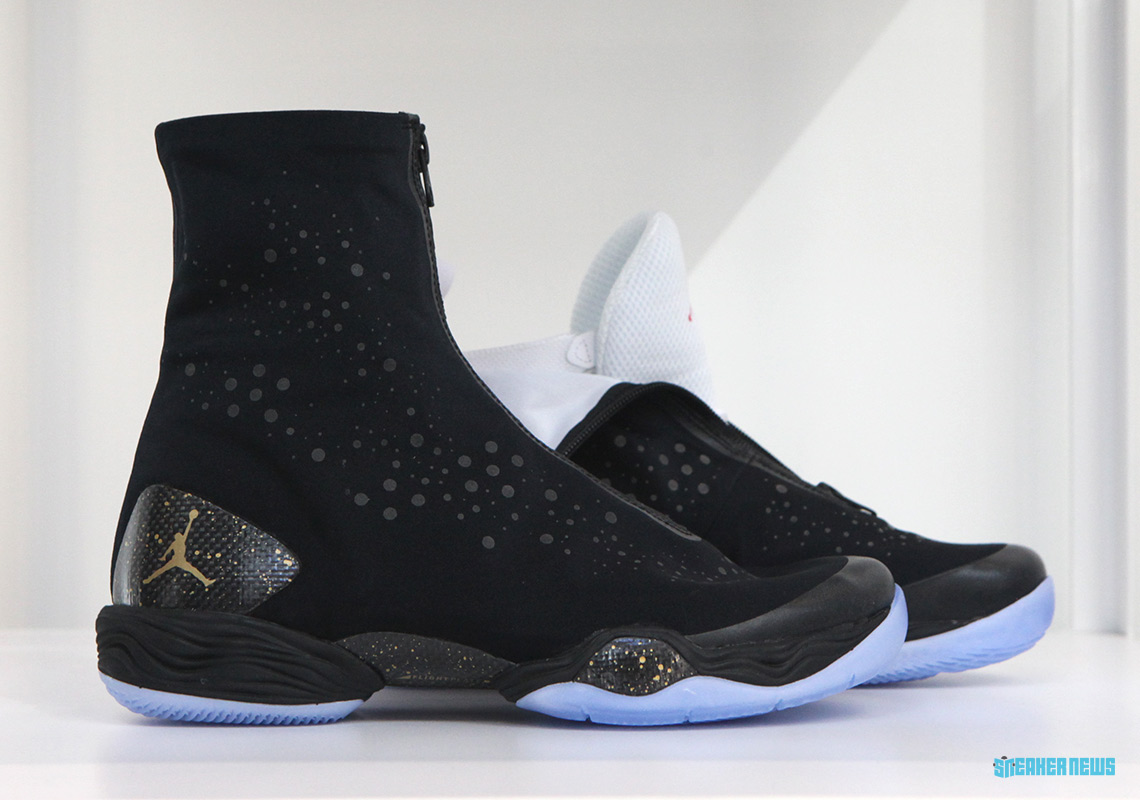 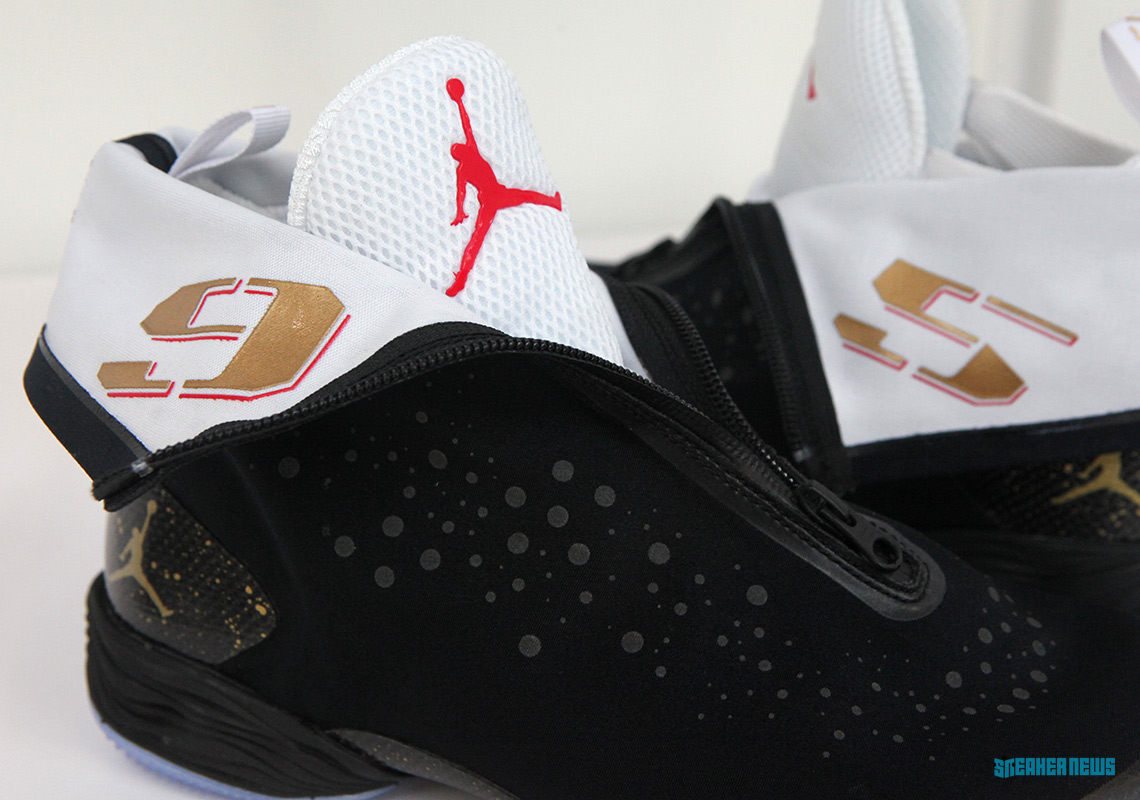