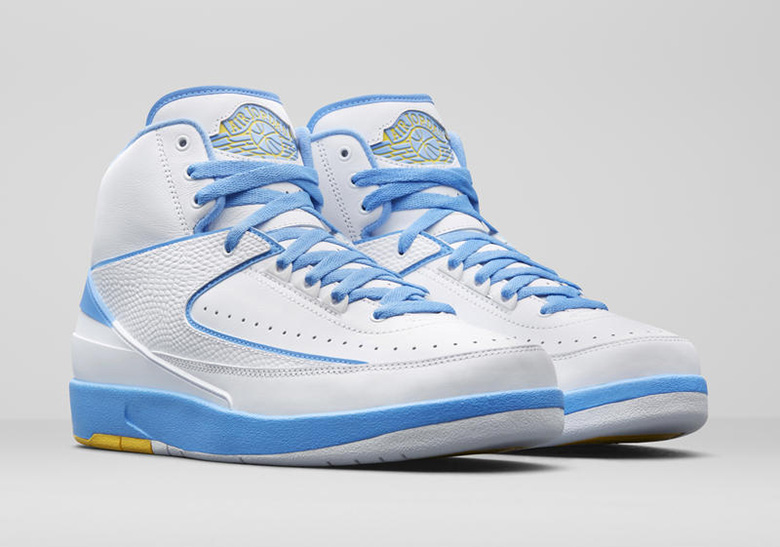 The 2003-2004 season was perhaps the most pivotal one for the Denver Nuggets. Not only did they usher in one of the most stylish uniforms in league history, but the Western Conference franchise welcomed its biggest star ever – Carmelo Anthony. Drafted third overall in a stacked class, Melo made an instant impact and quickly rose as one of the league’s most popular players, a development that would hugely benefit Jordan Brand. In April of 2004, just before the start of the Playoffs, the Jumpman released an Air Jordan 2 Retro bearing the colors of Varsity Maize and University Blue – a retail version of a PE worn by Melo that season. This June 9th, Jordan Brand will re-release the Air Jordan 2 “Melo”, only this time around you’ll find Melo’s script logo on the insoles of the shoes. Peep the official images below and check out our Jordan release dates page for the latest. 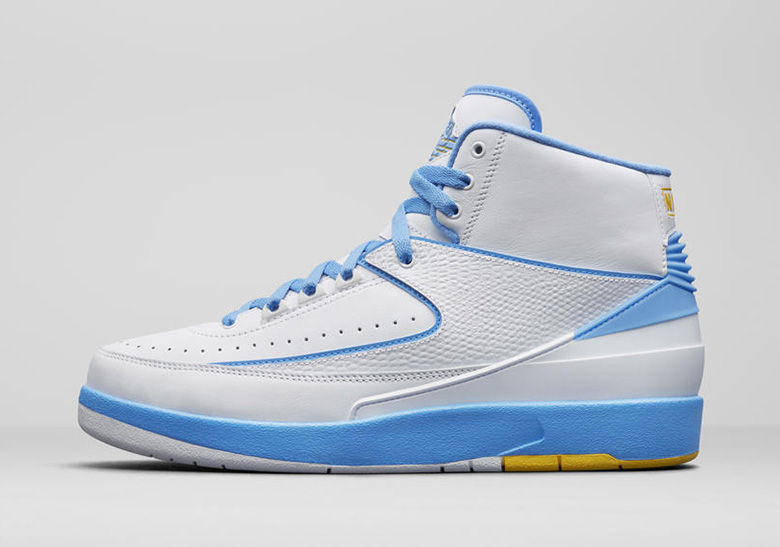 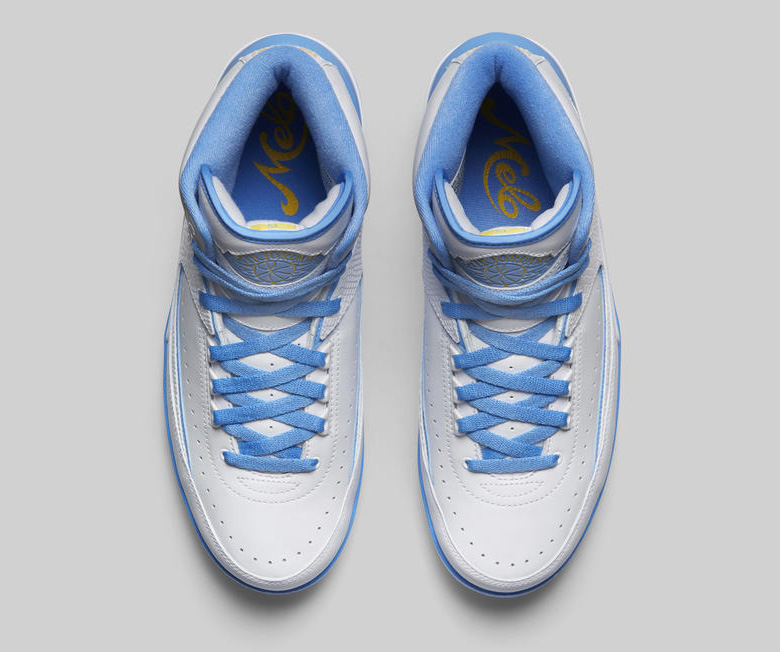 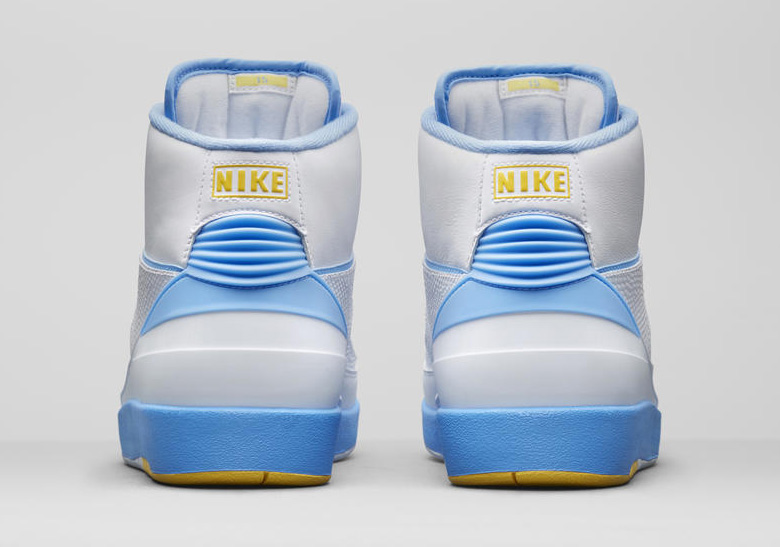