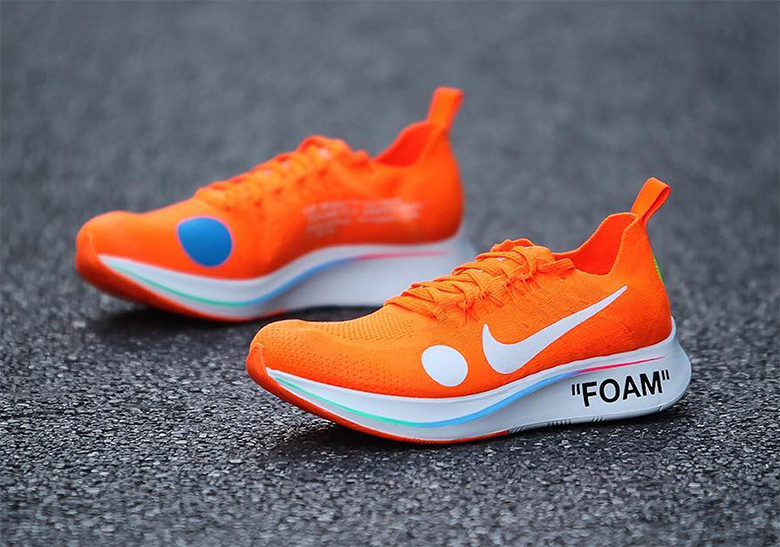 With World Cup season just two weeks away, Virgil Abloh and Nike are shifting their attention toward the soccer world with two colorways of the collaborative Zoom Fly Mercurial Flyknit. Equipped with Abloh’s signature OFF WHITE styling, the orange pair that you see below comes with the familiar medial brand text as well as “FOAM” boldly emblazoned on its midsole. Much like the black pair that was given an in-depth preview just yesterday, that same midsole also sports a rainbow-gradient streak that starts with green at the toe and makes its way toward a deep red as it curves toward the heel.

Combining the performance engineered nature of the Zoom Fly with the overall aesthetic of the Swoosh Brand’s Mercurial heritage, soccer is at the forefront of this collection. In fact, Virgil added white and blue polka dots to the medial and lateral side of the toe that point toward optimal zones in which you want to strike the ball whether it be for a pass or an attempt on goal. One of the major differences from Abloh’s first Zoom Fly collaboration that released as part of the earth shattering “The Ten” collection – other than the obvious Mercurial inspiration – is the implementation of Flyknit on its upper as opposed to the semi-translucent material on the initial collab.

Both the orange and black colorways of the Nike Zoom Fly Mercurial Flyknit are set to release on June 14th. 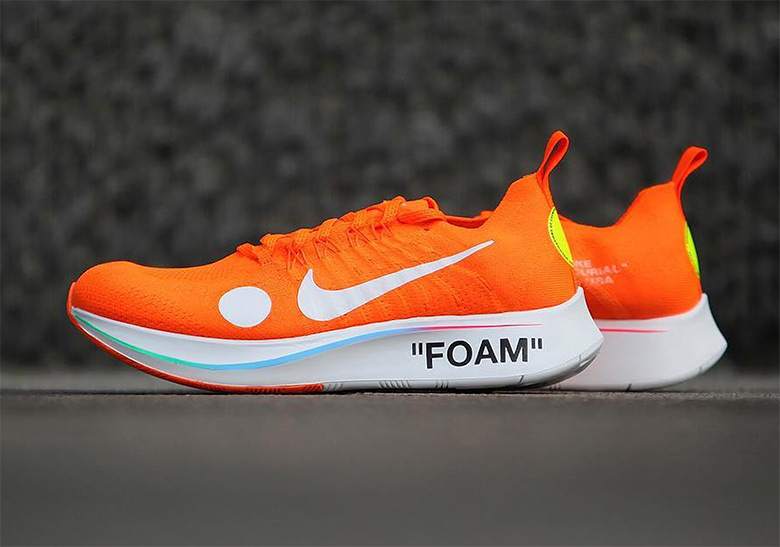 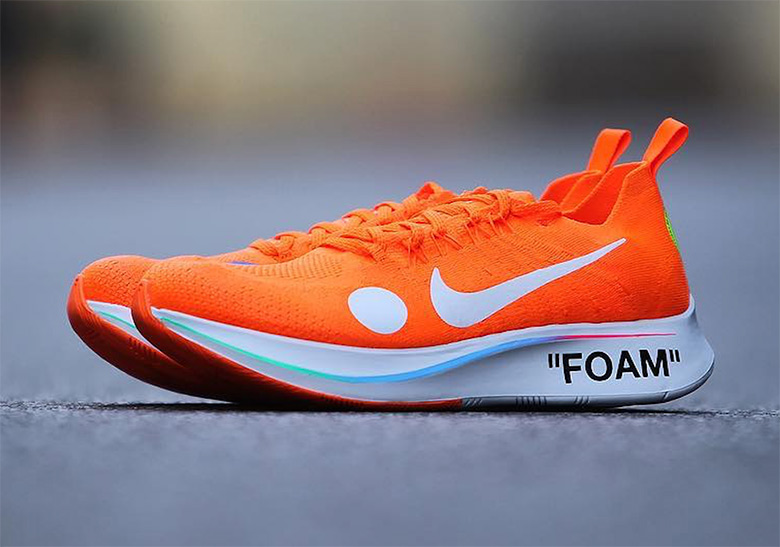 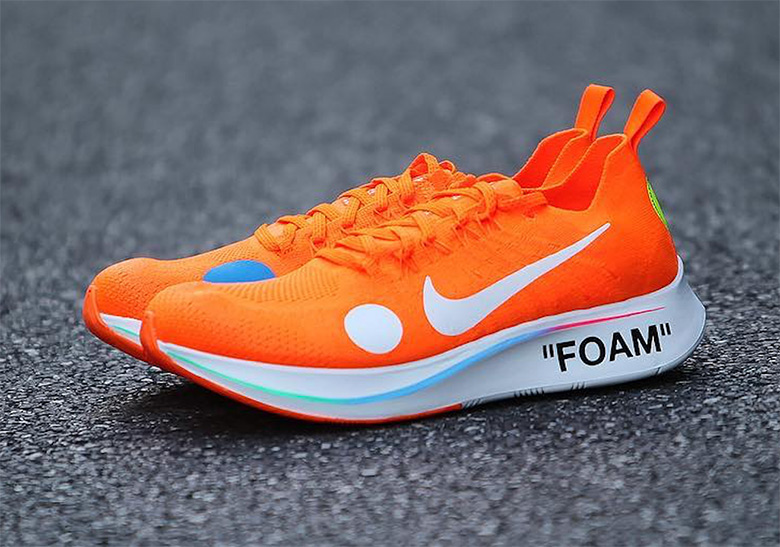 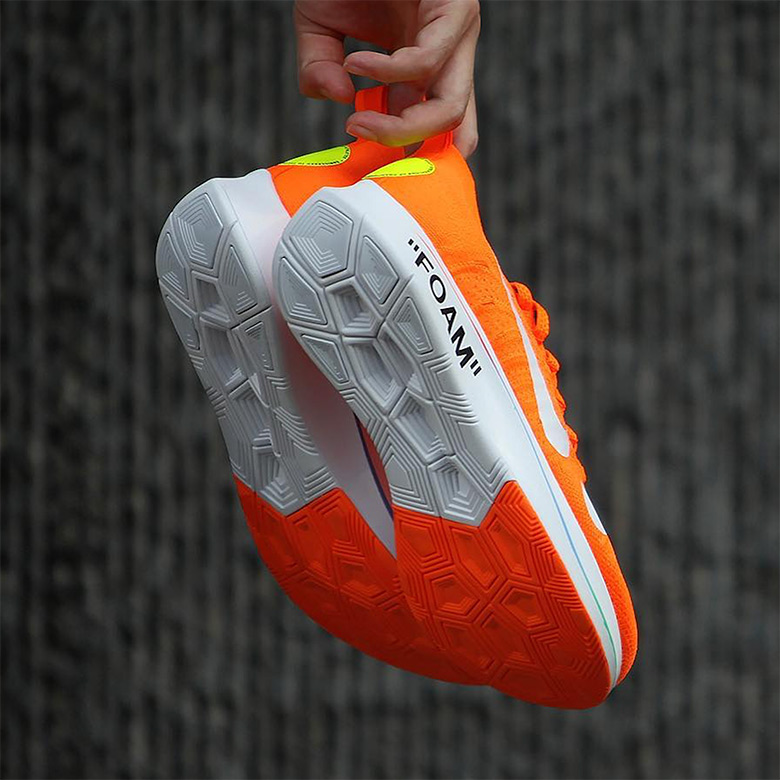 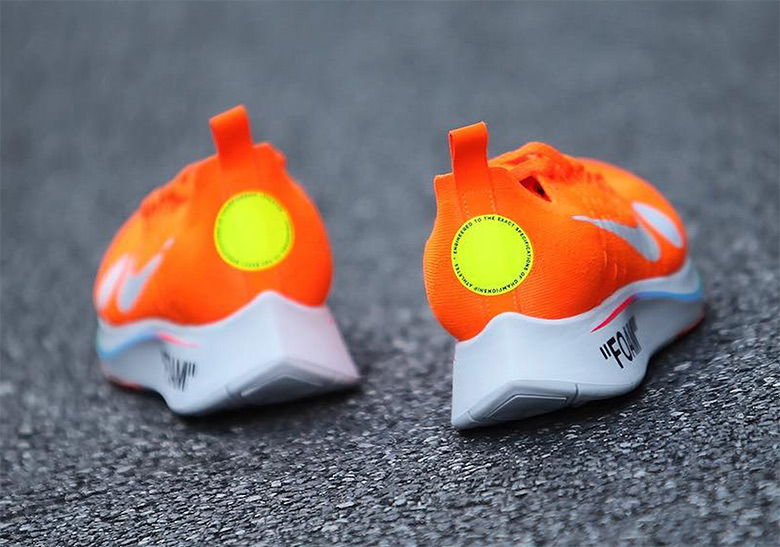 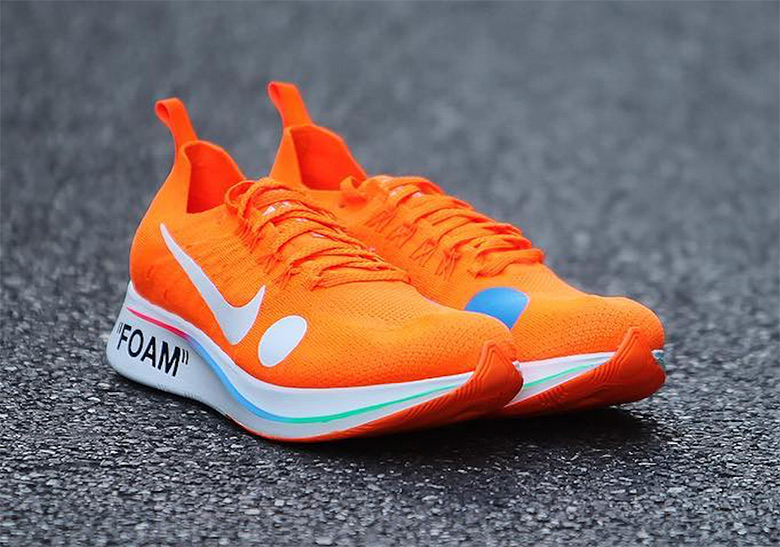 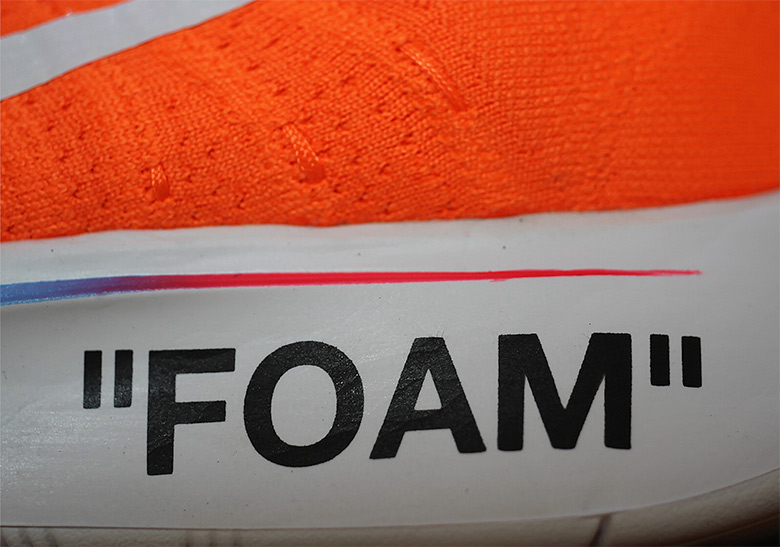