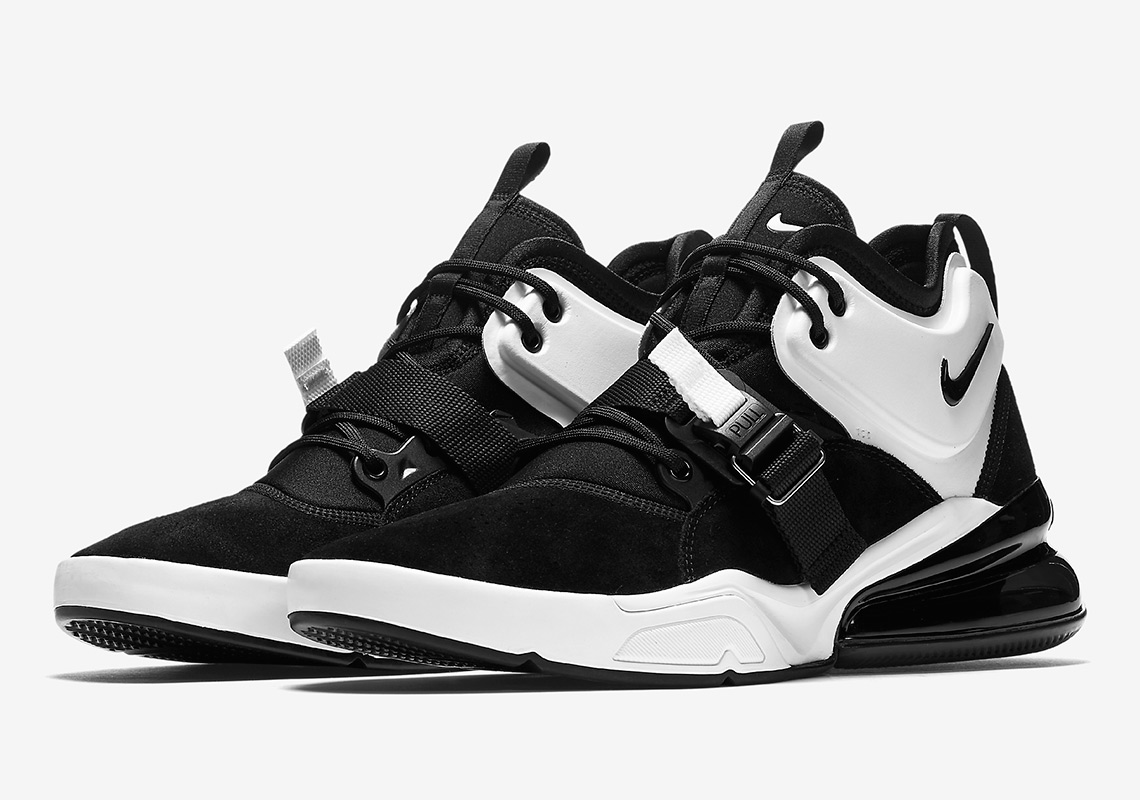 After recently being used as a tribute to the 1992 Dream Team and the classic Air Carnivore, Nike’s hybrid Air Force 270 is returning in a rather straightforward black/white colorway that may be yet another nod to the early 1990s basketball shoe era.  Boasting an upper constructed of black suede and mesh, the shoe’s striking contrast arrives via small Swoosh logos on the upper and the large white cage around the collar. The Air Force 270’s forefoot strap arrives in a two-tone black and white, and the commendable contrast is completed with a two-tone midsole featuring white in the front/smoky black on the heel’s large Air Max 270 unit. Look for these black/white 270s to release on Nike.com June 22nd, and retail for $160 USD. 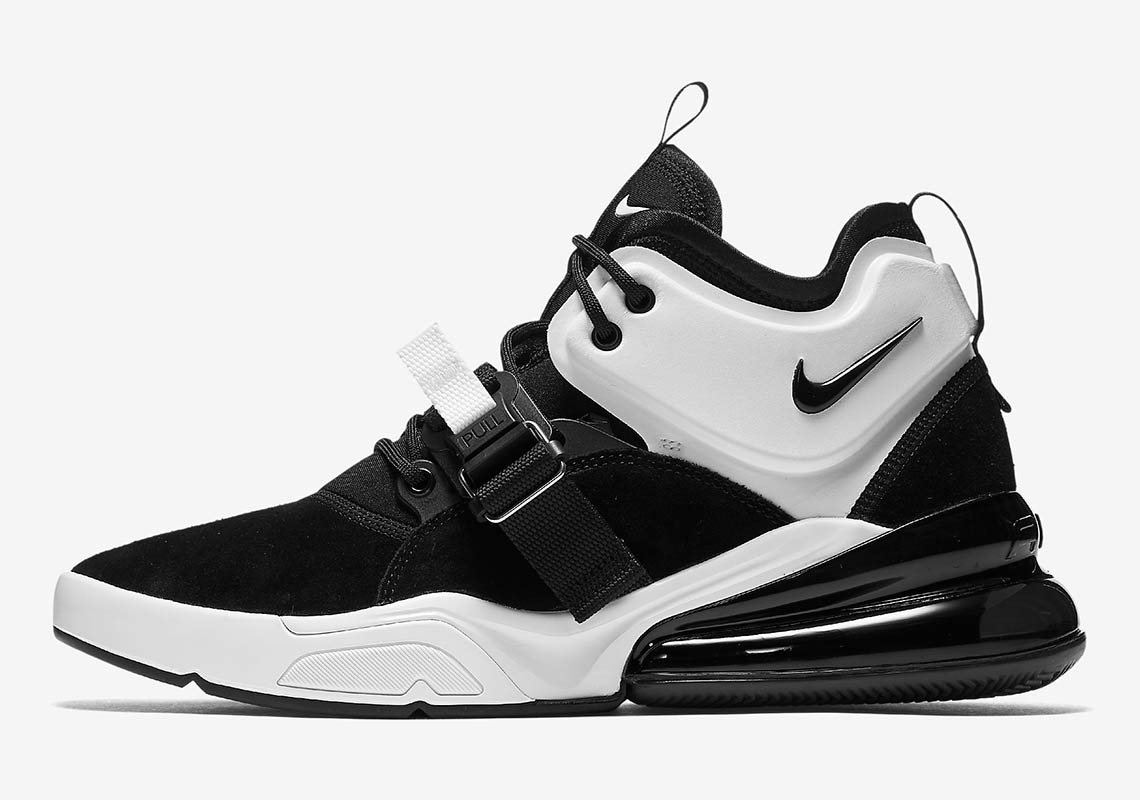 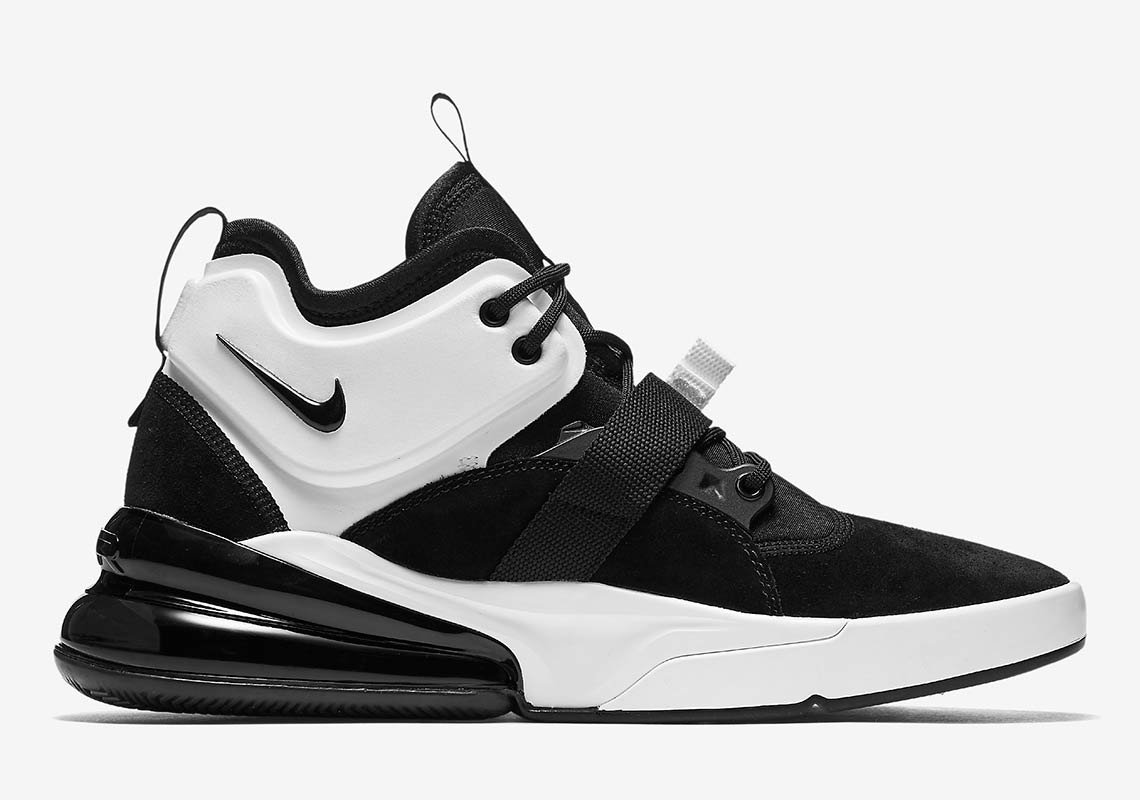 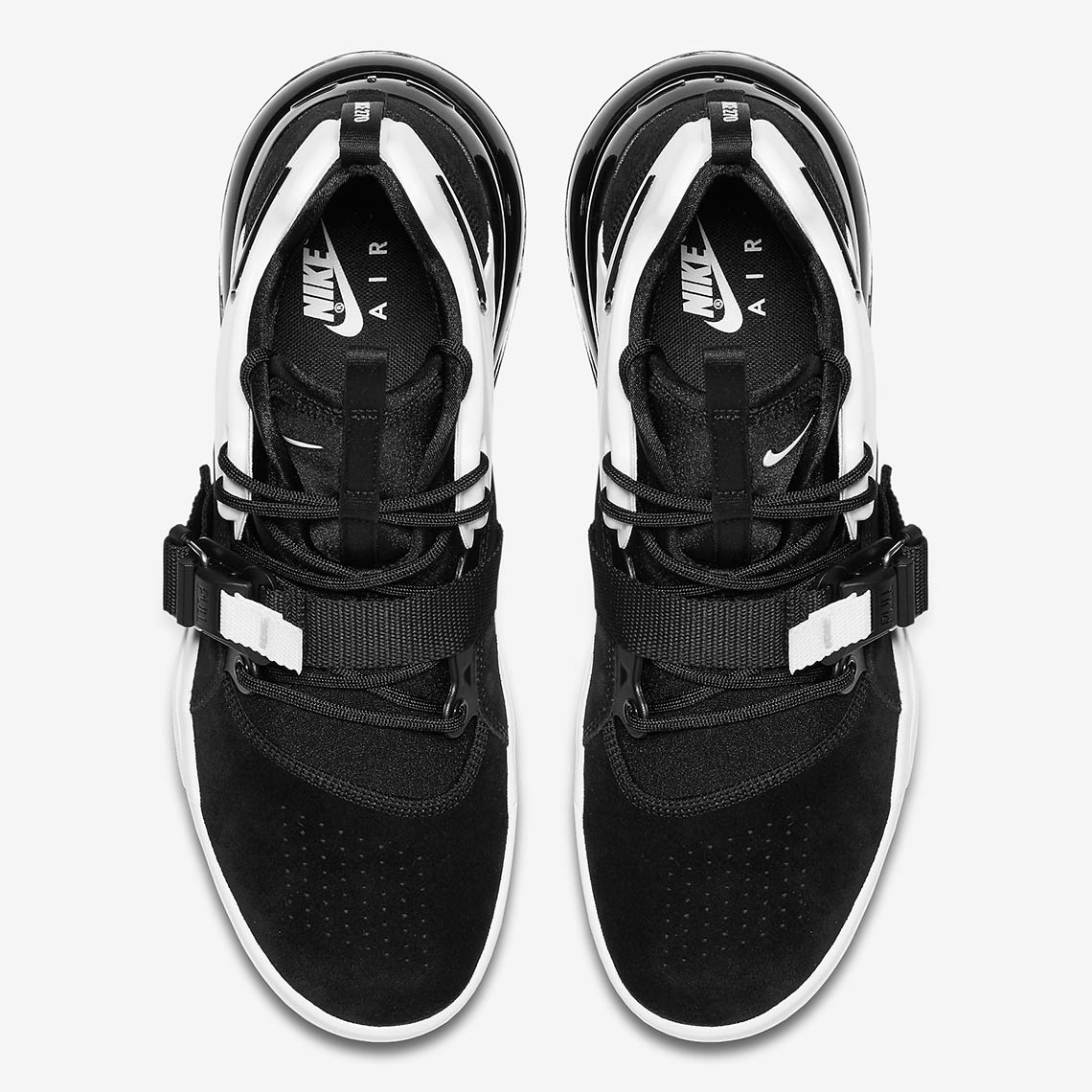 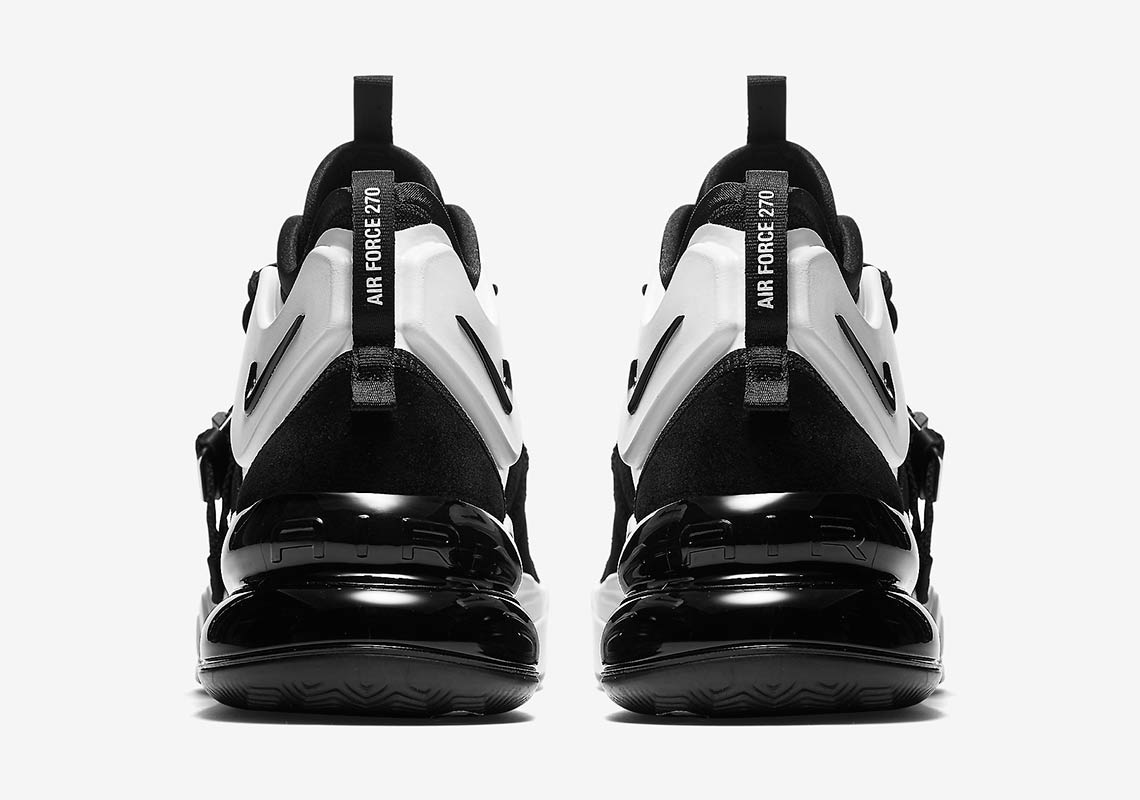 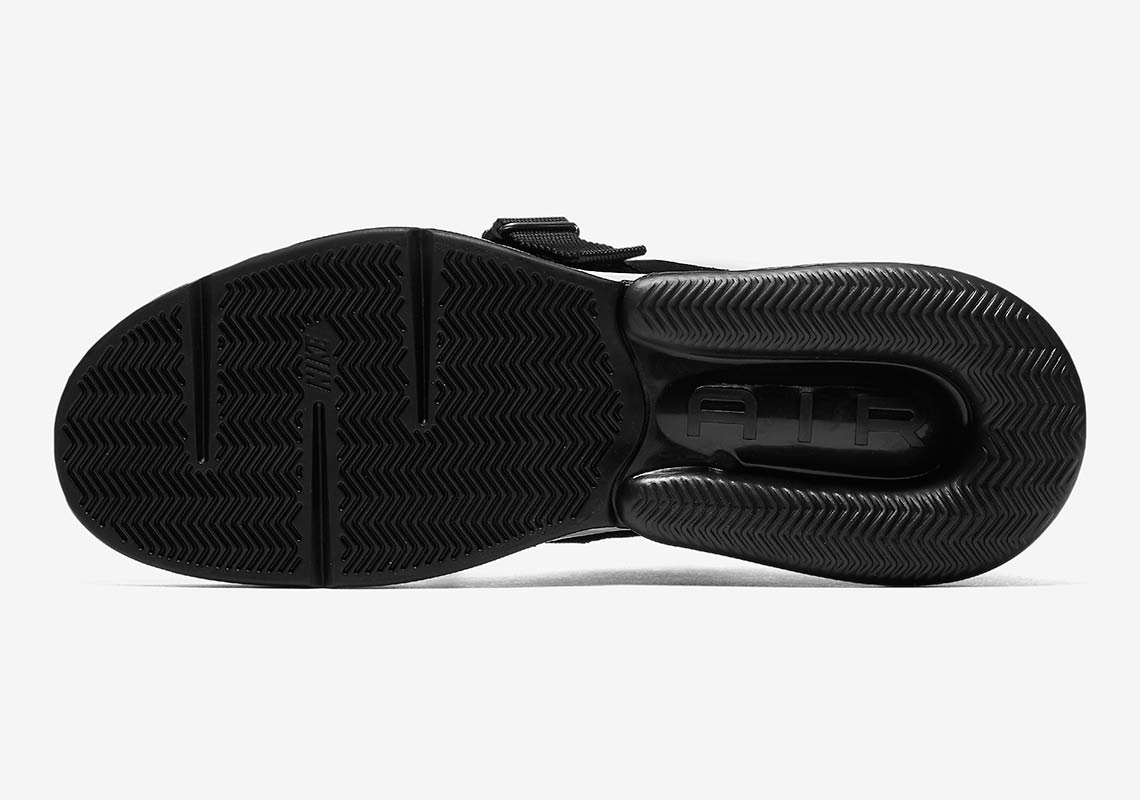