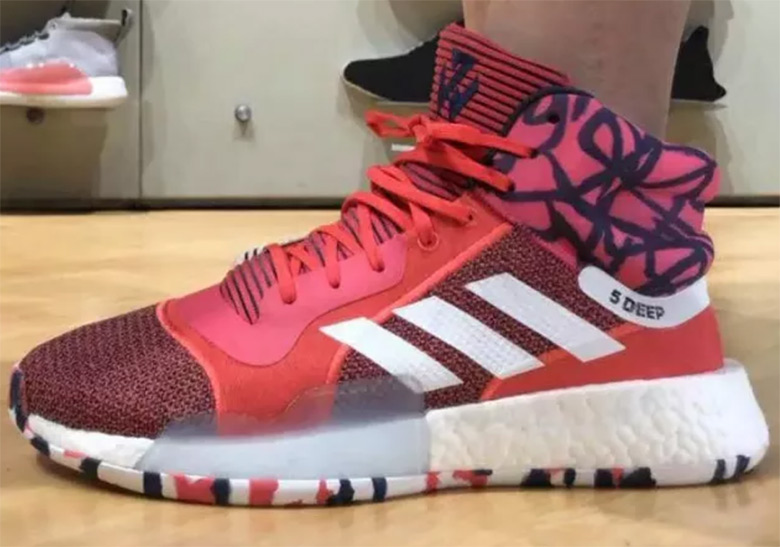 Washington Wizards point guard John Wall has a colorful history when it comes to signature sneakers. He signed a five-year deal with Reebok after being drafted #1 overall in 2010, receiving several signature sneakers featuring Zig technology. Wall left that deal in 2013 to sign with adidas but then departed after only two years and played in Nikes and Jordans without a sneaker contract for the last two seasons, an uncommon move for a player of his top-tier caliber. Now it looks like Wall’s sneaker journey with the Three Stripes is starting anew, as images of two new sneakers apparently designed for the former Kentucky Wildcat have surfaced: one high-top and one low-top silhouette.

The high-top arrives in a red/white/black colorway and features an abstract pattern on the collar, “5 Deep” branding on the lateral side of the heel, and a striped tonge complete with what appears to be a Wall logo. For a finishing touch, the upper’s abstract pattern continues in red and black on the shoe’s outsole. The low-top iteration features a Lakers-esque yellow, black, and purple colorway that swaps out the high-top’s abstract patterned look for a smiling basketball print on the midsole’s rubber anchor. Both shoes also feature a full-length Boost midsole. Wall’s newest kicks don’t currently have an official price or release date, but keep it locked here for updates, and let us know what you think of the new silhouettes. 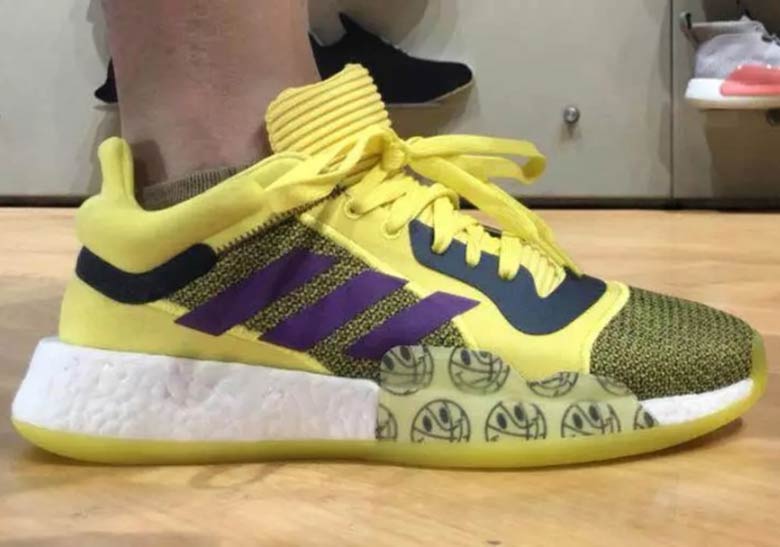