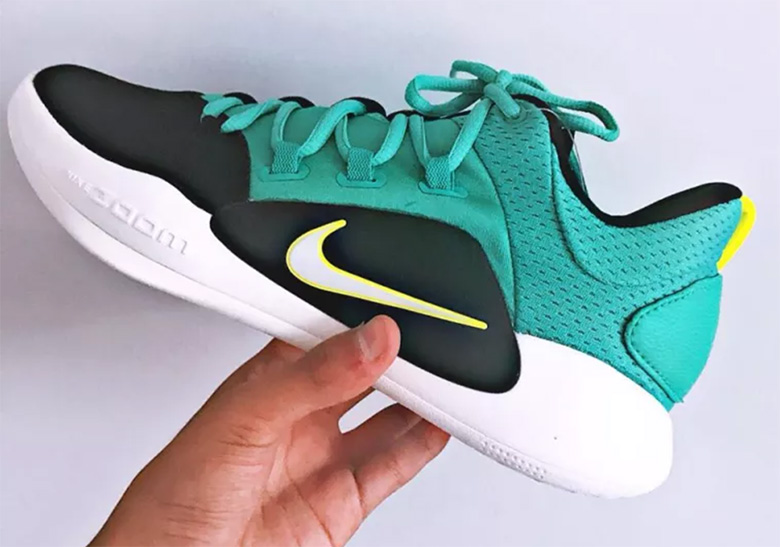 In early June, the world was introduced to the tenth version of the Swoosh Brand’s influential Hyperdunk series that has propelled itself into one of the top on-court options for hoopers both professional and amateur. Now, just over a month later, we have a first look at the low top version of the sneaker that was important enough to be included in Virgil Abloh’s esteemed “The Ten” collection. Just like the higher cut version, it boasts a reinforced outrigger for increased ankle support as well as a primarily mesh upper that combines with the brand’s Flywire technology for an incredibly comfortable lightweight fit with superior lockdown.

In the early stages of the Hyperdunk X, the Swoosh has kept it simple as far as color schemes go, but this combination of a sea foam green with yellow highlights gives us a look into the color blocking capabilities of the model. Peep a first look here and stay tuned for updates and new colors of the Hyperdunk X Low as they become available.