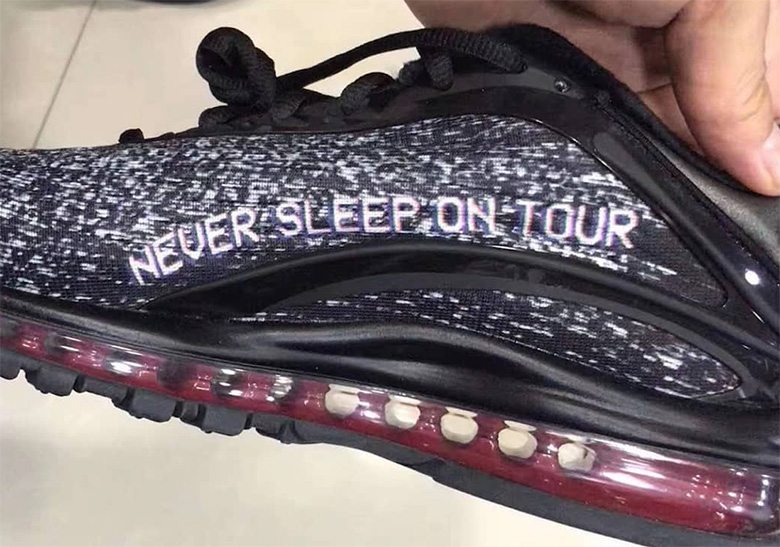 After the release of his Paris-inspired Air Max 97/BWs earlier this year, UK grime legend Skepta is back in the Air Max spotlight again, as images of a collaborative Air Max Deluxe—a true London cult classic silhouette—have surfaced. The long-rumored shoes feature a black upper with a white static pattern and reflective detailing, nodding to the lo-fi VHS style Skepta uses for many of his music videos. A “June 8, 2014” hit appears on the lateral side of the shoe, a clever nod to the release date of “That’s Not Me,” Skepta’s biggest hit to date that won him a “Best Video” crown at the 2014 MOBO Awards. “Never Sleep On Tour” also appears in the same font on the shoe’s medial side, acknowledging the musician’s relentless work ethic and hectic touring schedule. Black plastic overlays and unique heel detailing complete the upper’s look, while a red Air Max 97-style cushioning unit provides a finishing touch of contrast and comfort. Look for Skepta’s newest Air Max to roll out later this year, and let us know where you think they rank among his previous designs.

@skeptagram shares a first look at his upcoming Nike Air Max Deluxe collaboration. For more details on his next project with Nike, tap the link in our bio. 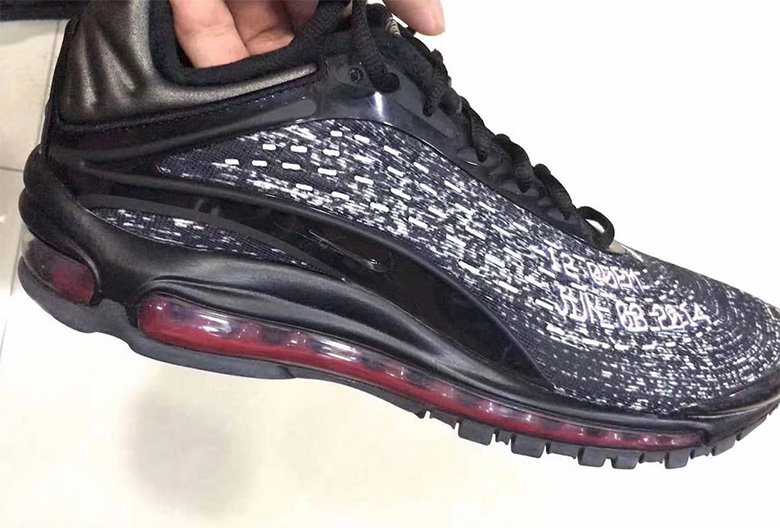 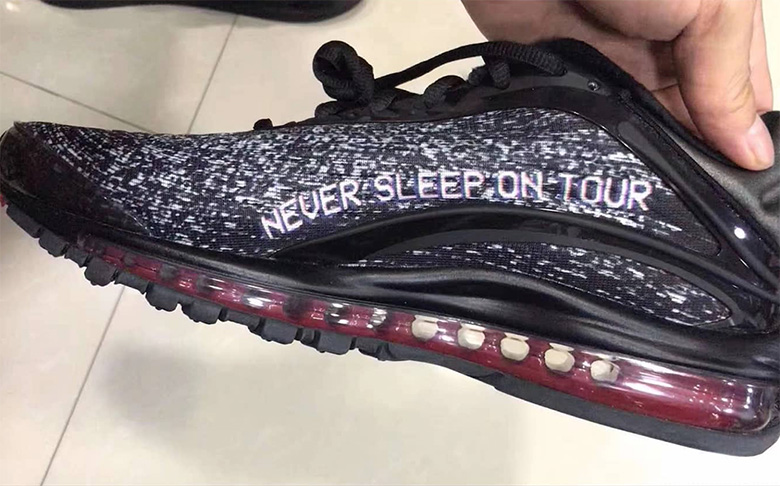