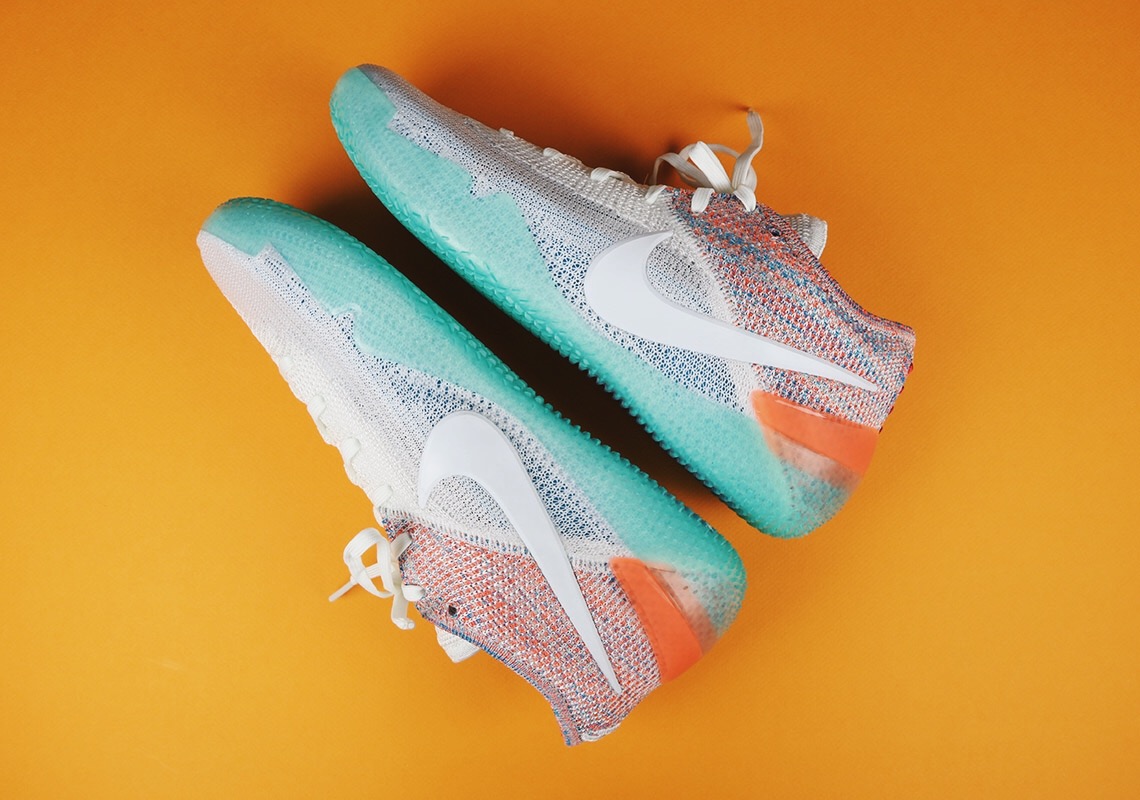 Kobe Bryant has hung up his purple and gold jersey for good, but that doesn’t mean he’s partaking in any traditional retirement activities. The Laker legend has stayed busy, creating Academy Award-winning films and mentoring the next generation of NBA stars like Jason Tatum—and his signature Nike line hasn’t bothered with any breaks either. The Kobe A.D. NXT 360—Bryant’s revolutionary new signature shoe—has now released in a new multi-colored iteration, featuring a low-cut design and an ultra-flexible, uber-fast construction to make sure you’re at your quickest on the court. A knit upper with a white base and interwoven hits of orange, red, and blue provides head turning style while an orange plastic heel counter ensures proper support. Cushioning is provided by a combination of Lunarlon and React foam, branding arrives via a large white midfoot swoosh/embroidered Kobe hit on the right heel, and the shoe’s semi-translucent outsole features an aqua-to-clear gradient for a final touch of flair. These bright and bold new Kobes are available now at Eastbay. 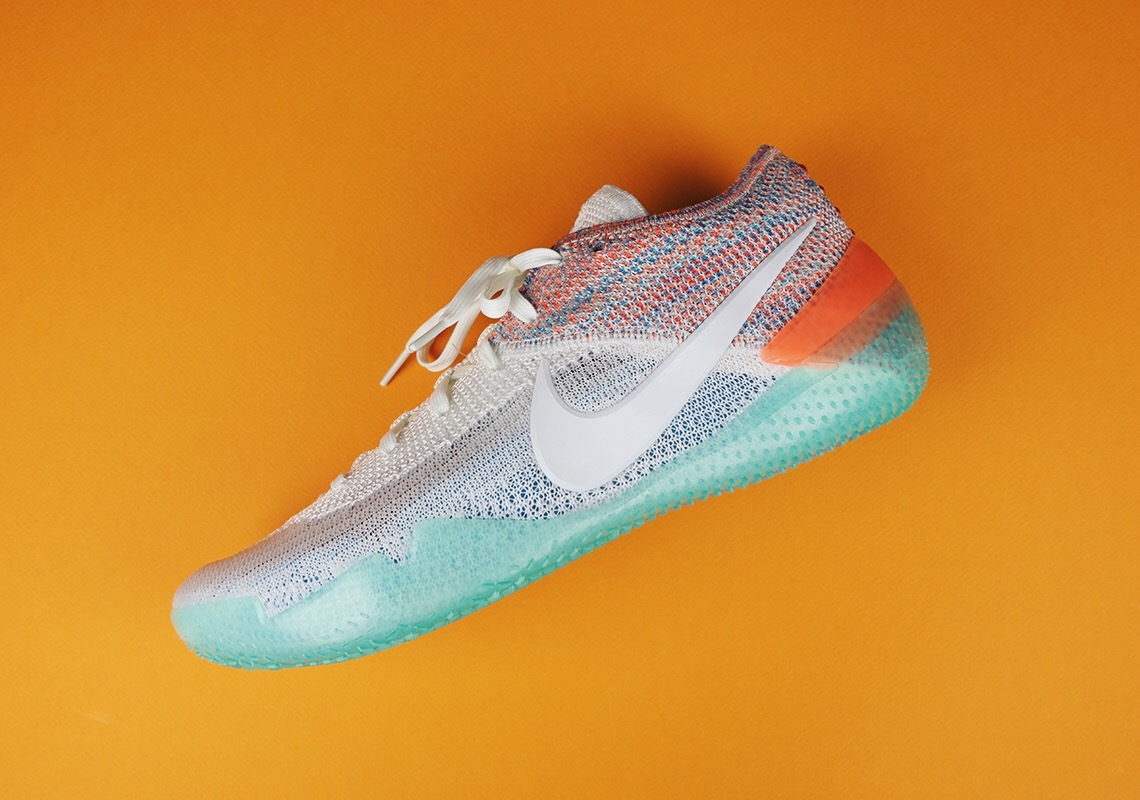 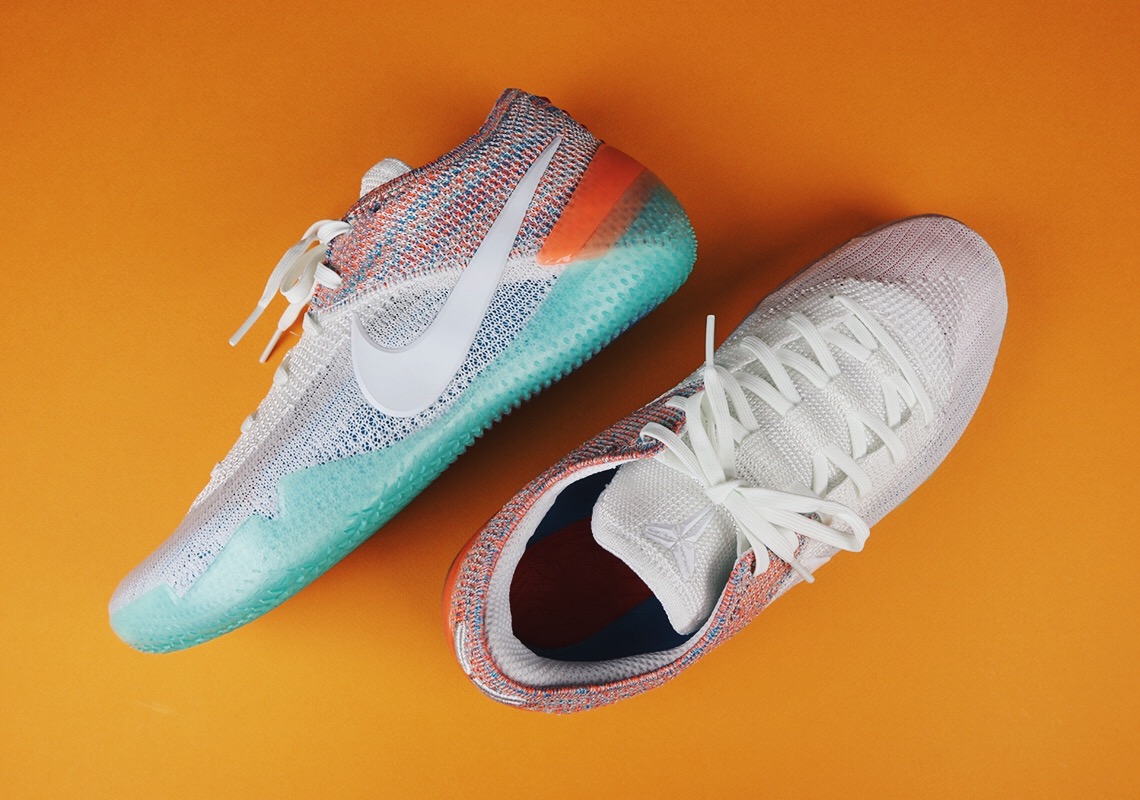 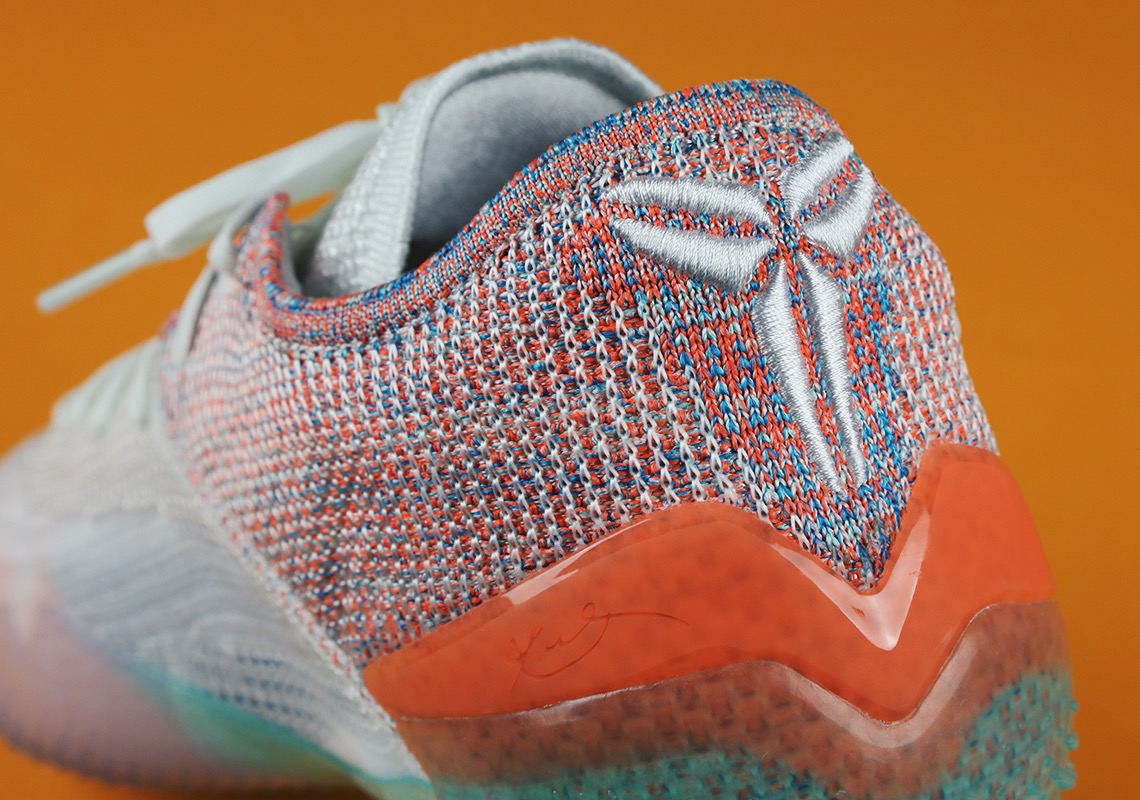 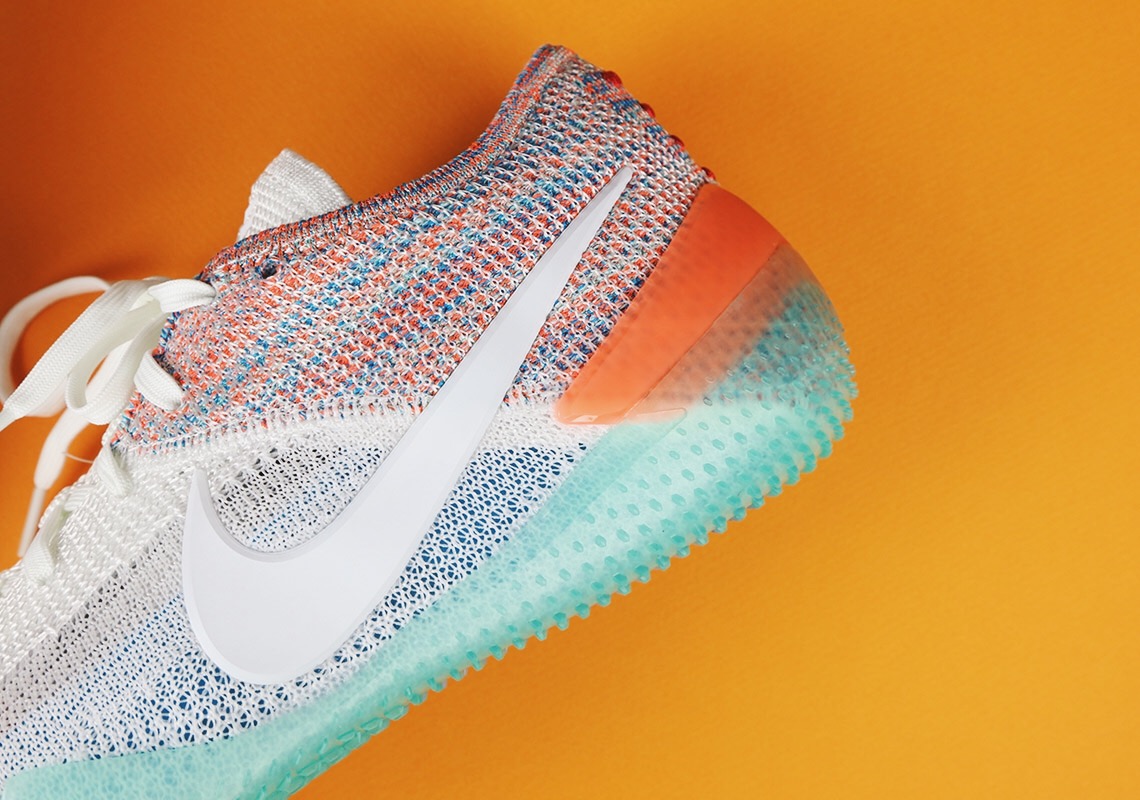 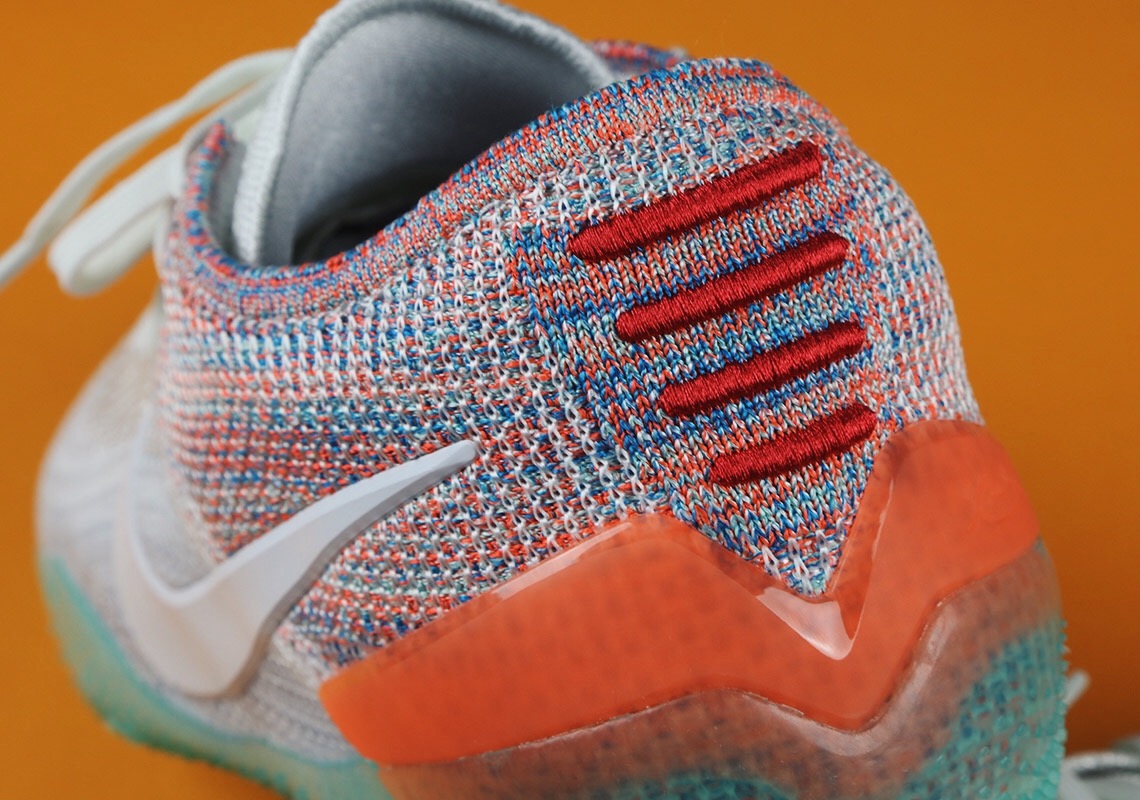