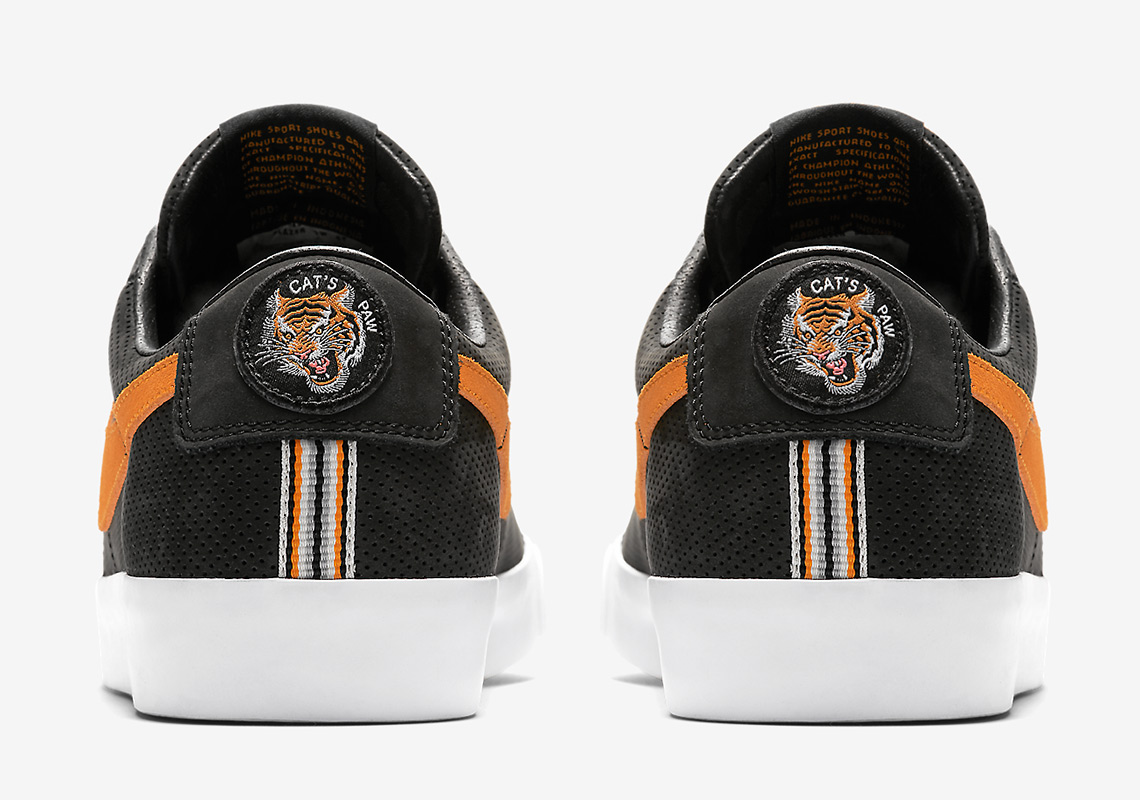 Portland, Oregon is well known for being one of the centers of the sneaker universe, as Nike’s World Headquarters calls the Pacific Northwest city home as well as adidas’ US-based HQ. While that is an indisputable fact, one thing that can be argued is the center of the State’s underground skate culture, and Portland certainly has the right to toss its hat into that ring as well. One of Portland’s legendary spots for skate culture is pro skater Micky Reyes’ Cat Paw Saloon on SE Division St. In honor of this chichi skater’s haven, the bar is receiving a well-deserved Nike collaboration on the illustrious Zoom Blazer GT silhouette.

This sneaker’s aesthetic is perfect for the bar, as it fits right in with its unusual artwork, hanging skate decks, and the taxidermied bobcat that rests right above the bar’s liquor shelf. Done up primarily in black, Vivid Orange makes up for this selection’s focal point on elements the likes of its midfoot Swoosh and embroidered Cats Paw tiger on its heel stamp. The Bar’s signature crest can be found in black and white on the sole of both the right and left sneaker, while a clean white sole unit provides an attractive element of contrast. Peep an official set of images at the Nike Zoom Blazer GT designed by The Cat’s Paw below and look forward to its arrival at select skate shops on August 9th. 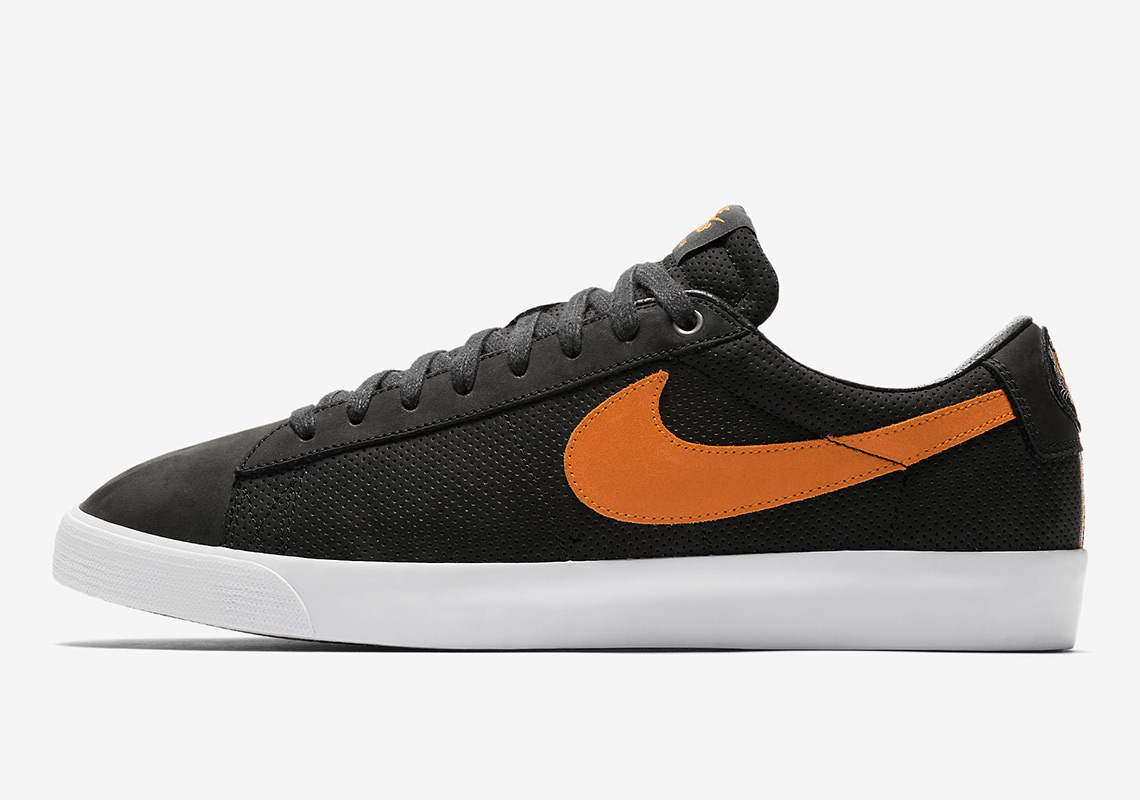 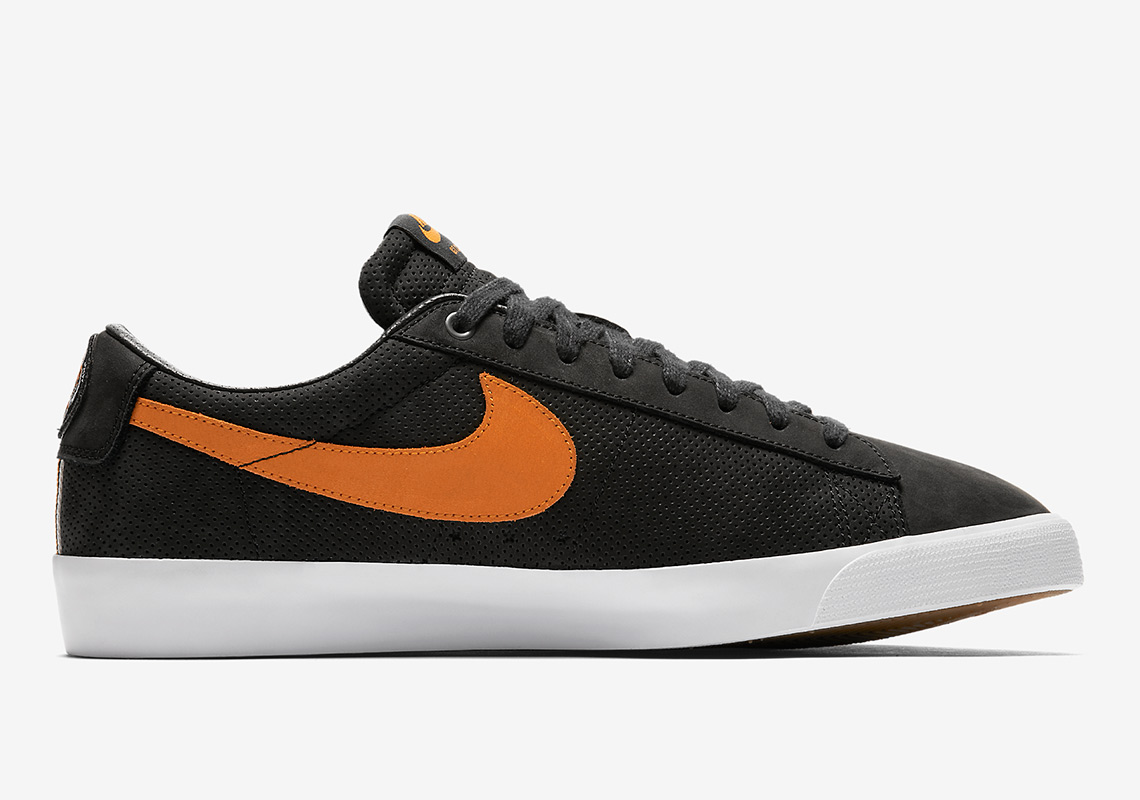 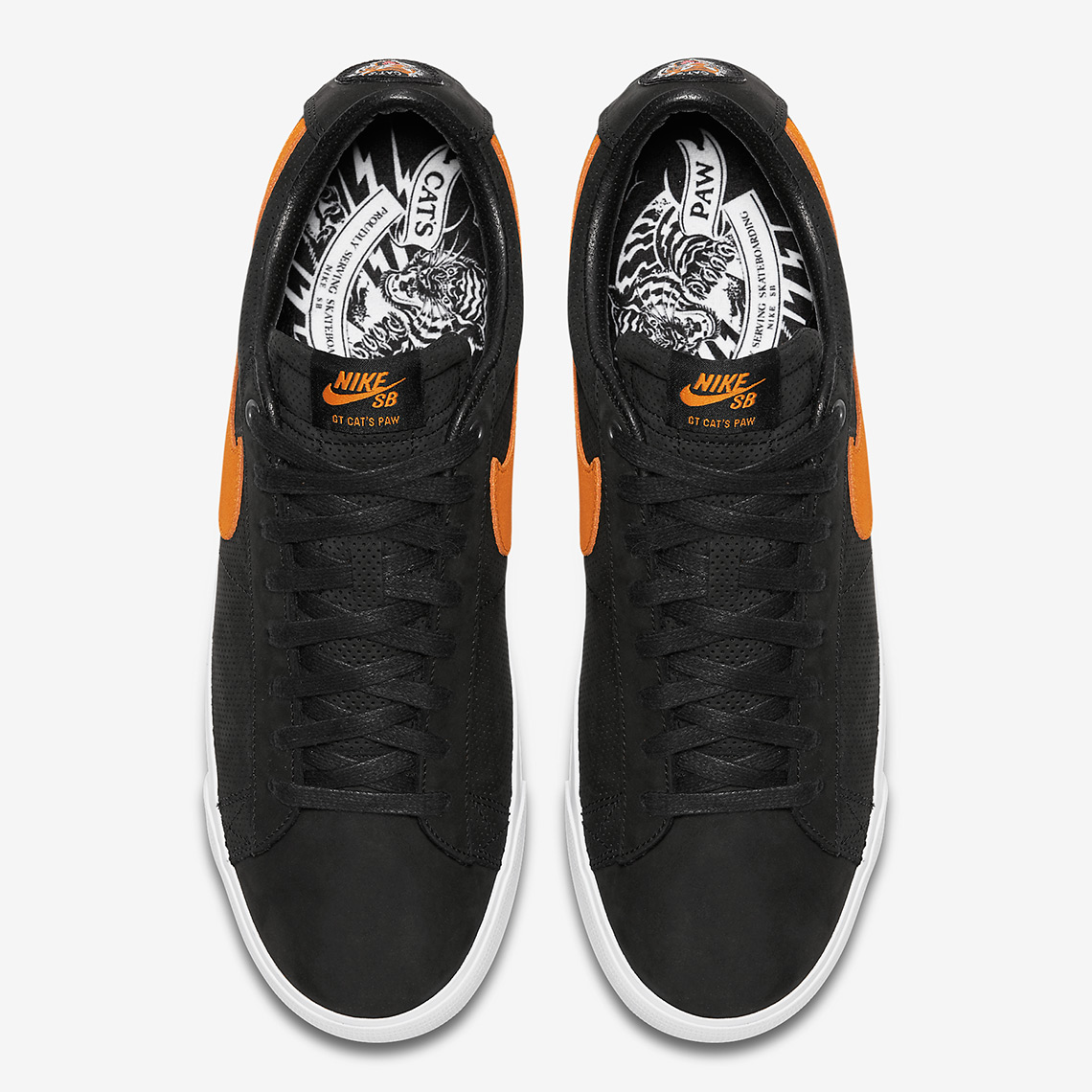 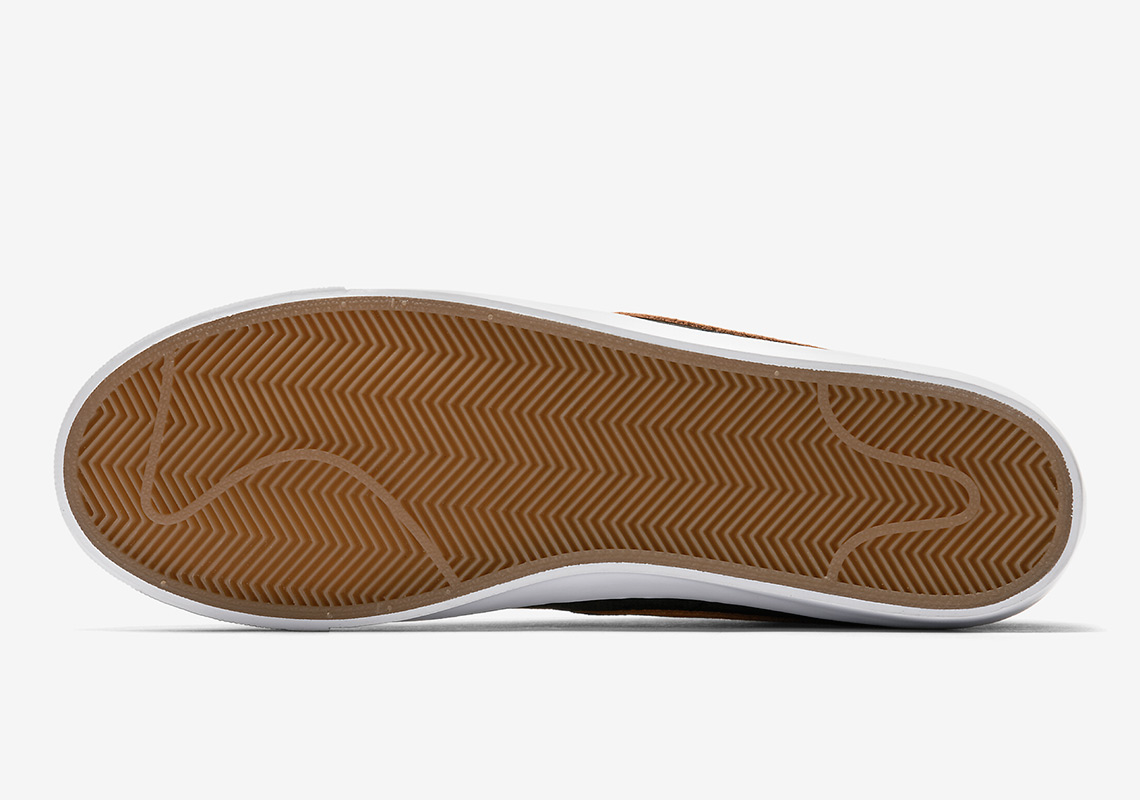 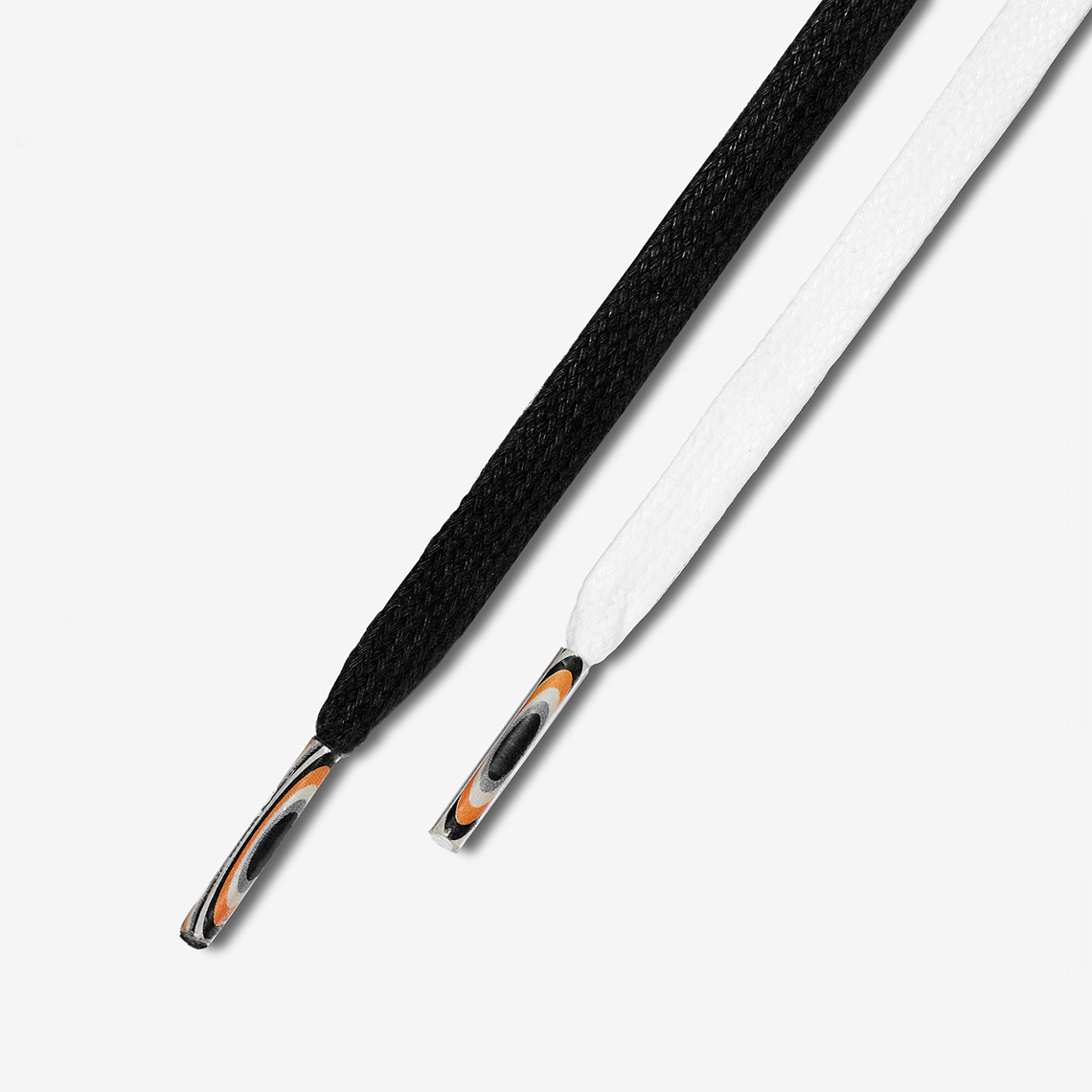