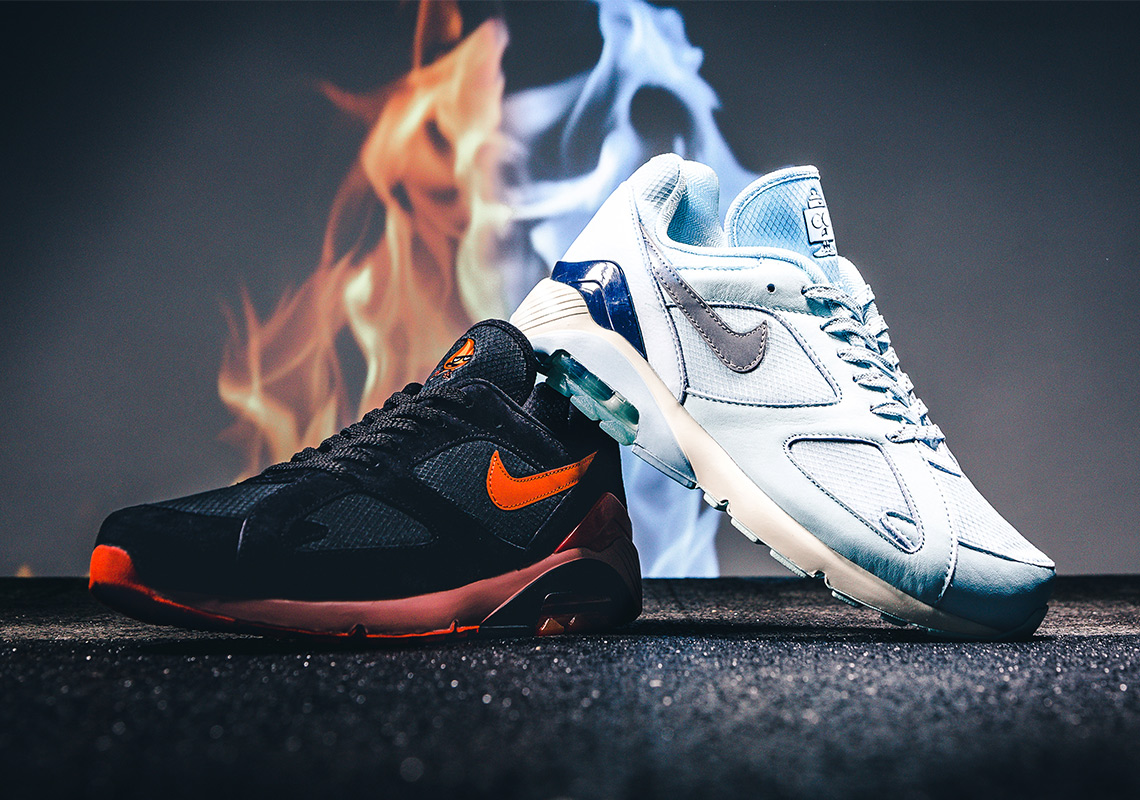 The Nike Air 180 “Fire And Ice” Pack Is Available Now

The Nike Air 180 is a heritage Air Max model that originally debuted in 1991 and had seemingly been forgotten over the past few years. However, it’s has been enjoying a thundering resurgence in 2018 with OG colorways like the “Ultramarine” and a desirable three-shoe collaboration with Comme des Garcons releasing. Now the 180 is set to arrive in a special “Fire and Ice” two-pack that’s inspired by the original marketing campaign around its release and the duality of nature—of which fire and ice is the strongest example.

Both shoes offer more than just a great back story though, as the clever colorways certainly live up to their respective names. The “Ice” opts for a minty fresh combination of cool turquoise with silver and ocean blue, while the “Fire” enlists a sizzling mix of pink and red on a black base. Light-hearted detailing is present as well, with a small flame cartoon character on the tongue of the “Fire” and a chilly block of ice wearing a beanie on the “Ice.” For a finishing temperature touch, each pair has a thermometer graphic on the heel—one high, one low—to nod to their respective climates. Want to heat up or cool down your sneaker rotation? This clever two-pack of Air 180s is available now at EU retailers like 43einhalb for €139.95 (roughly $162 USD). 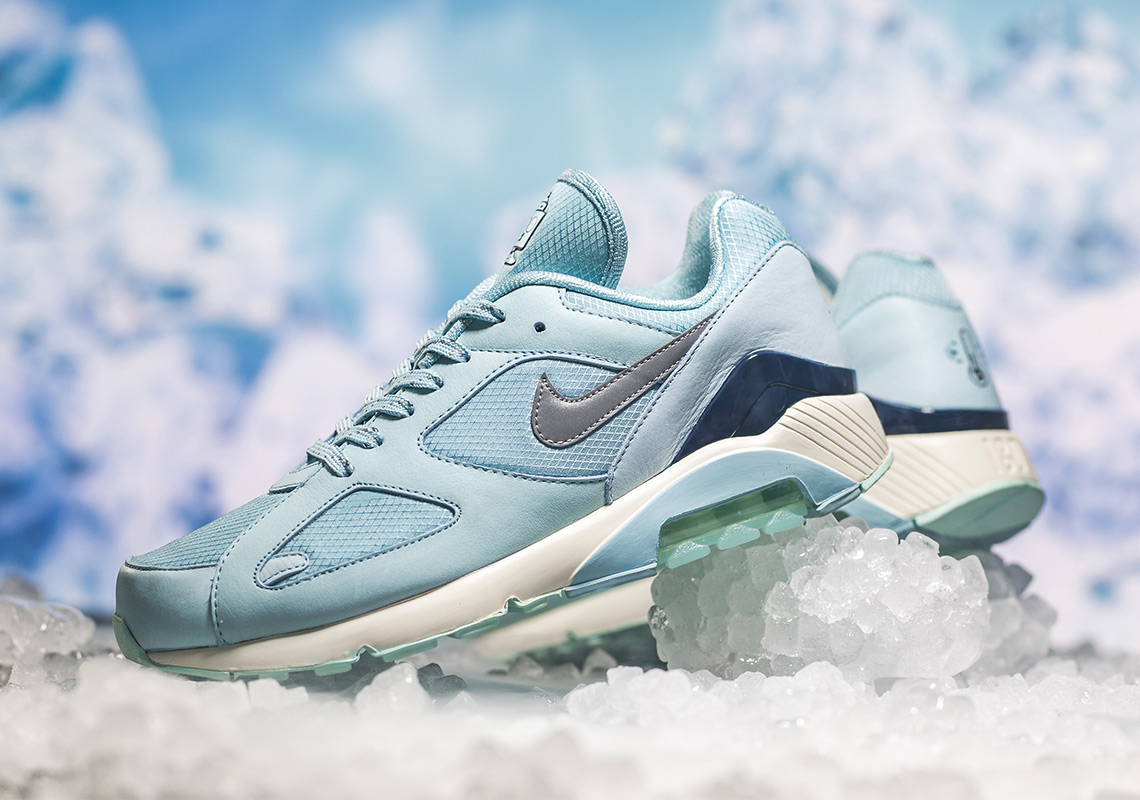 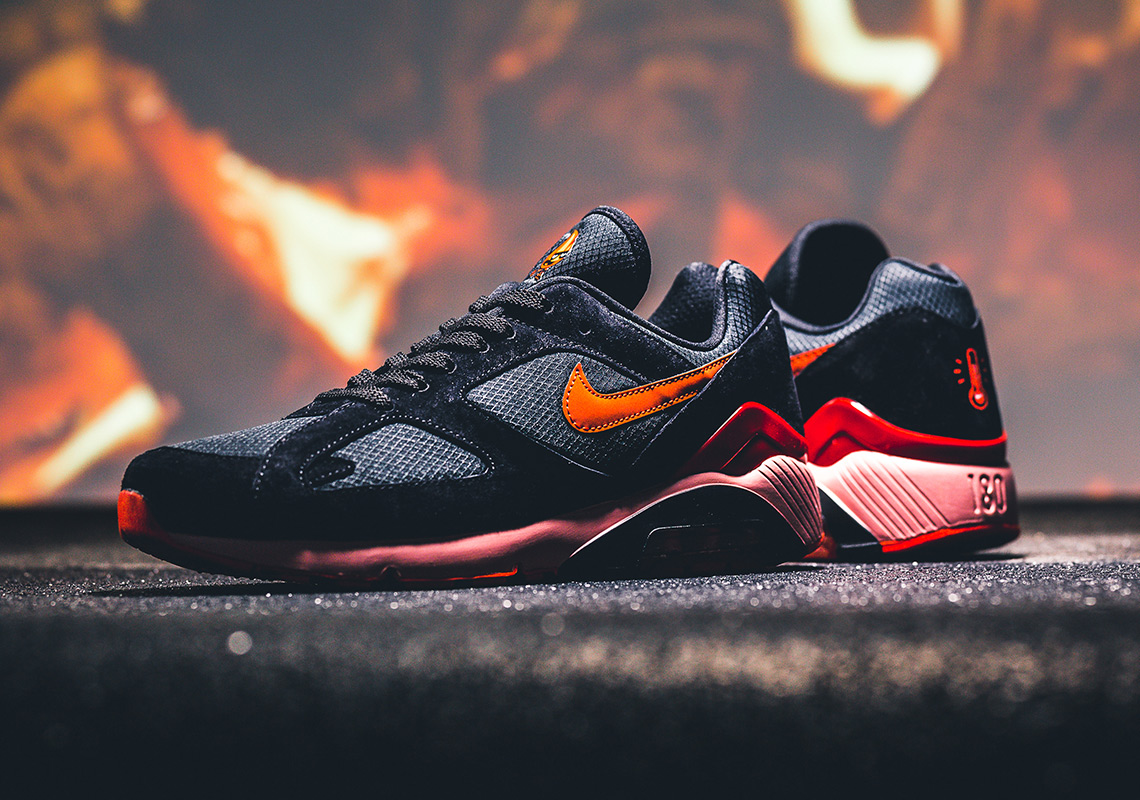 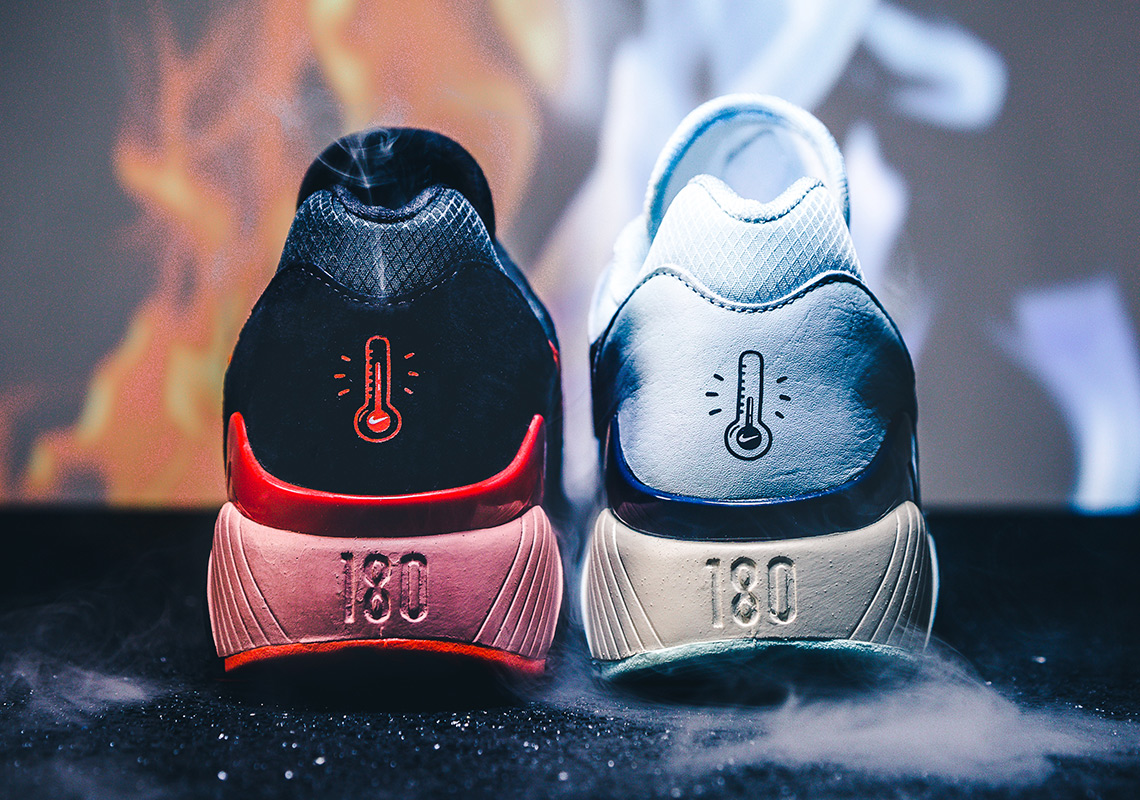 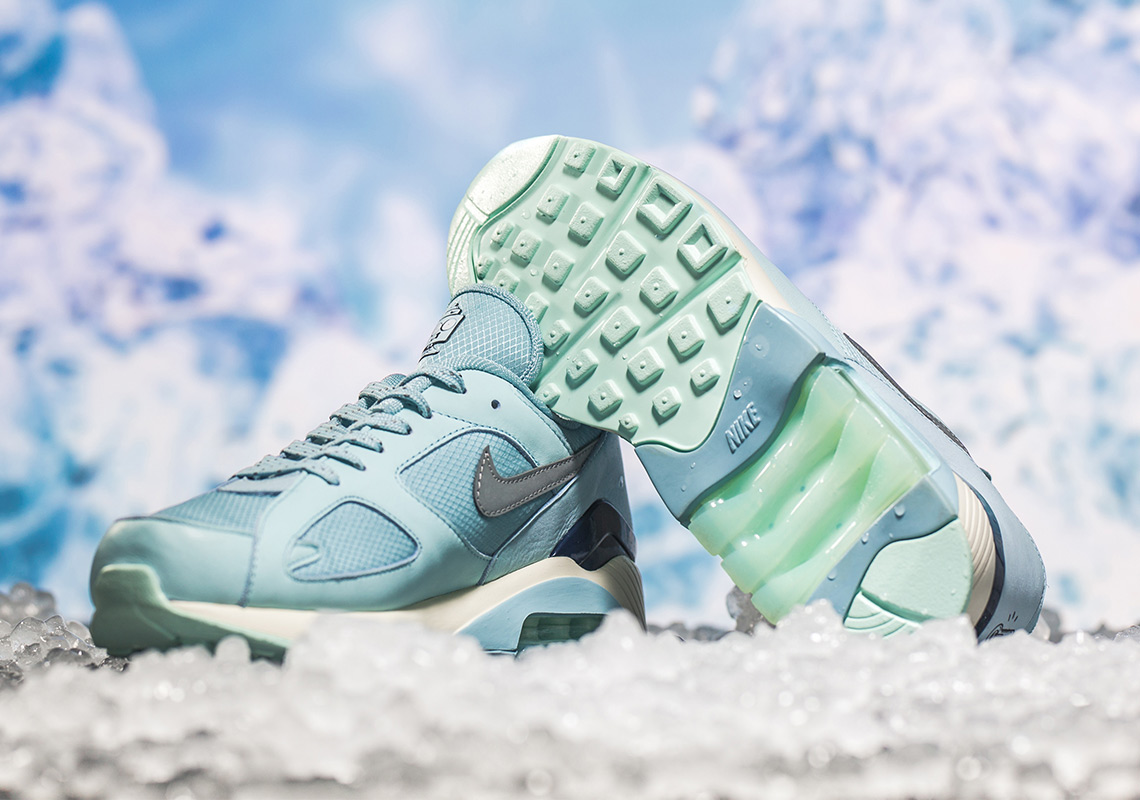 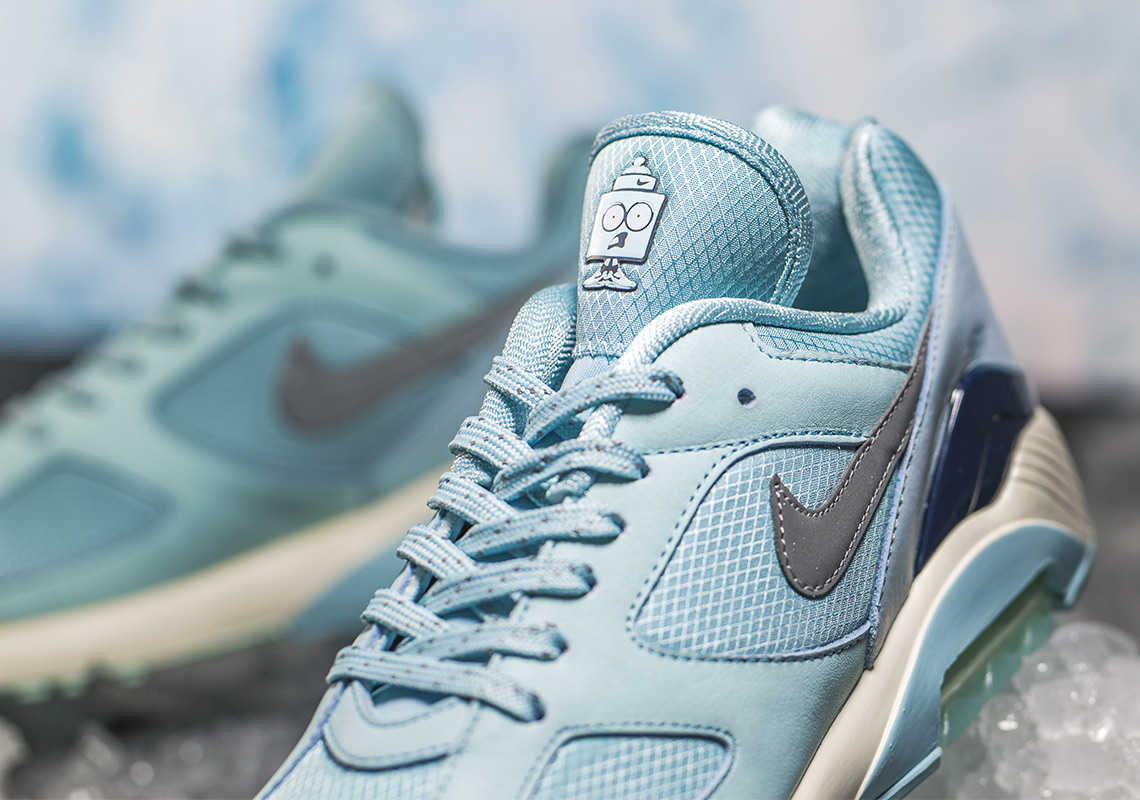 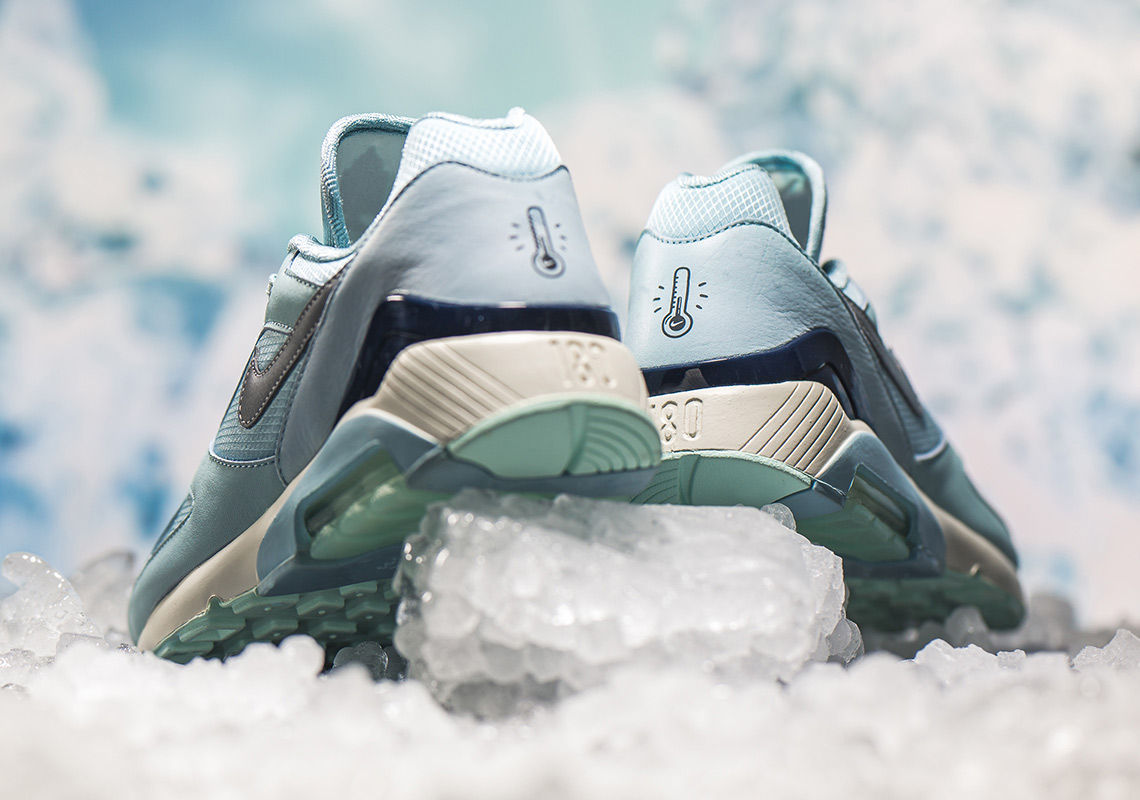 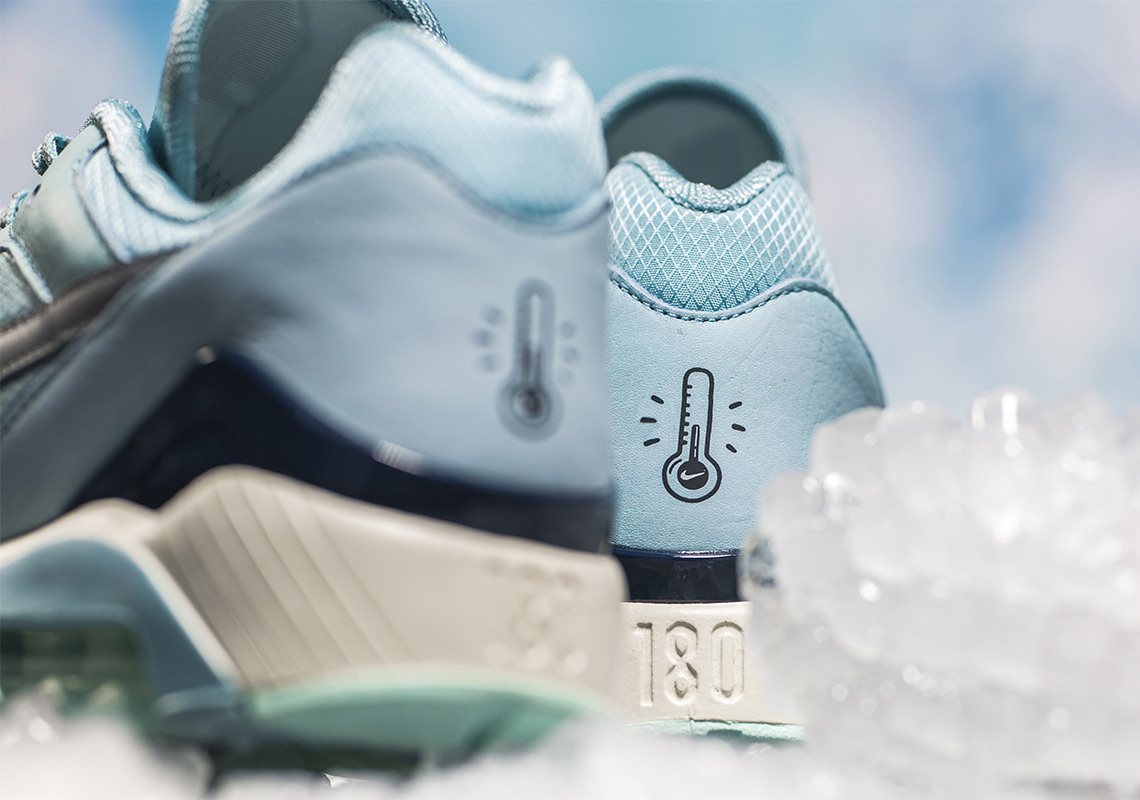 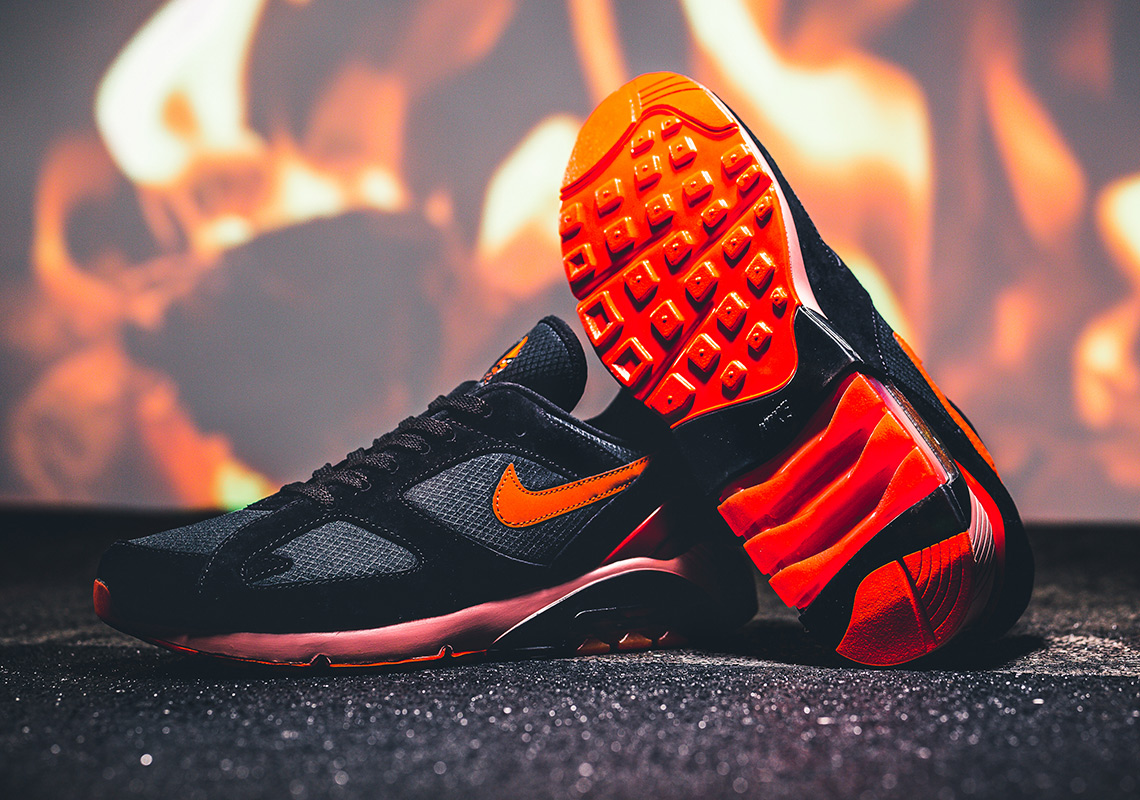 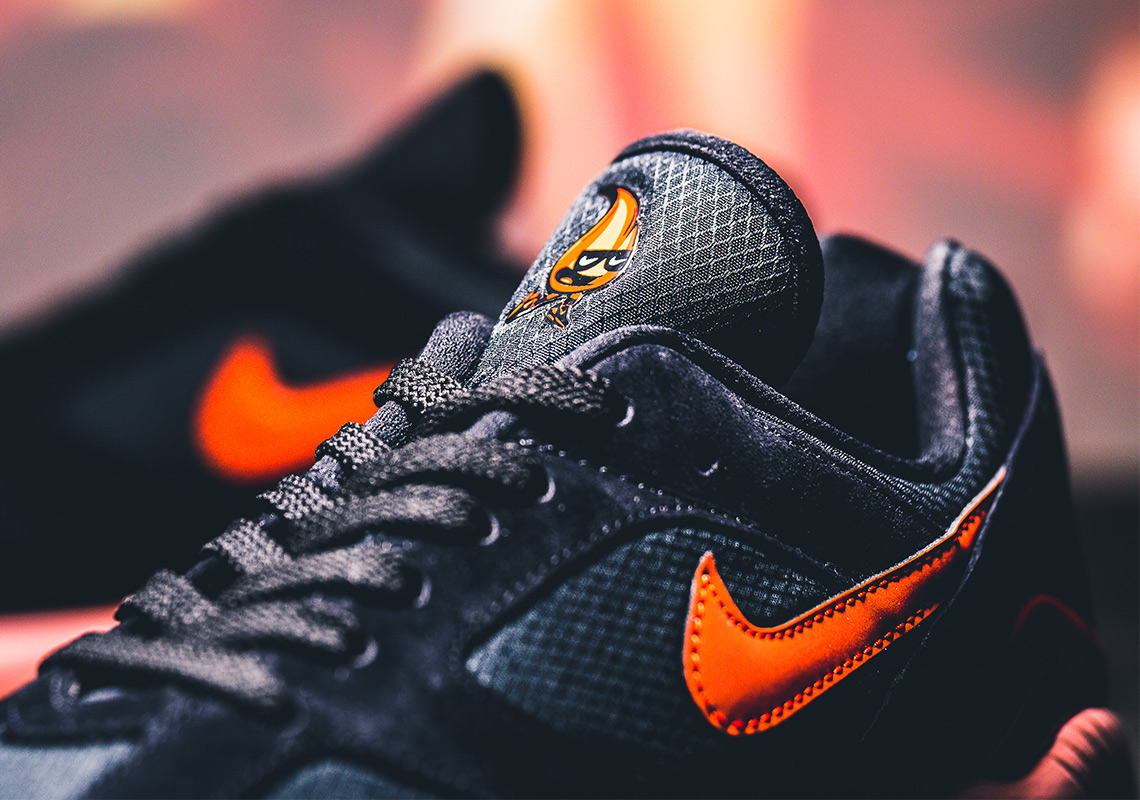 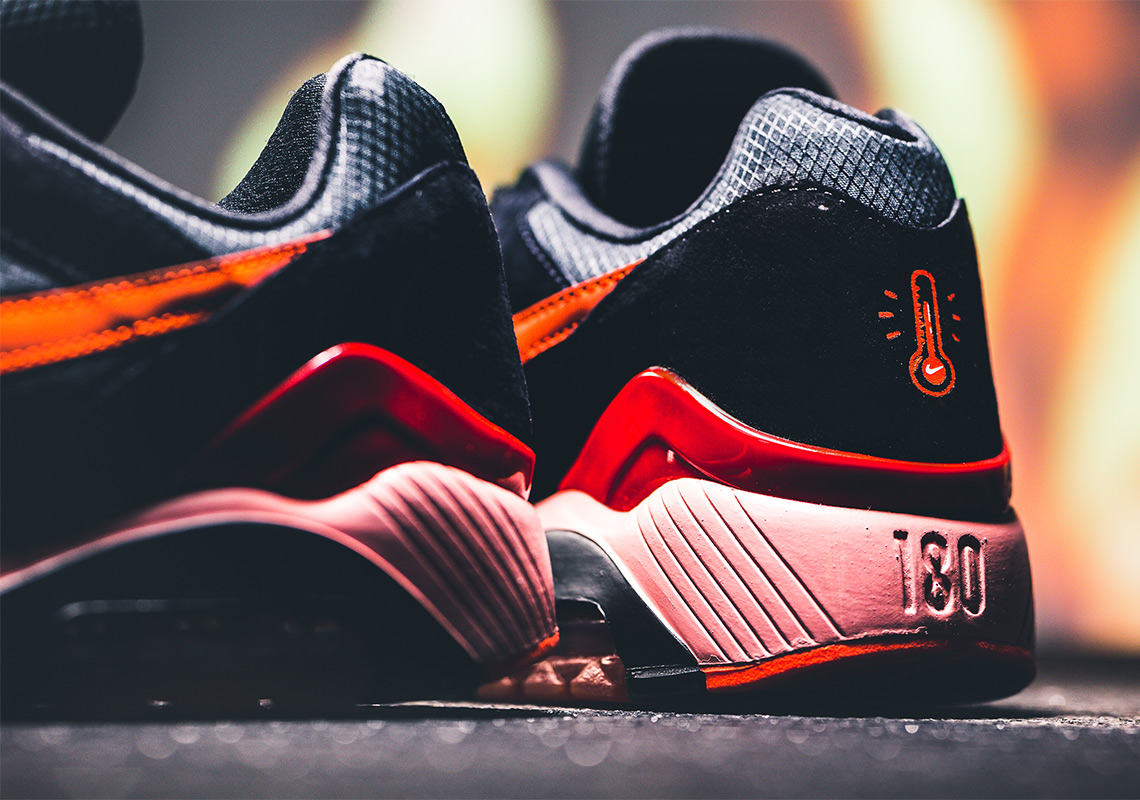