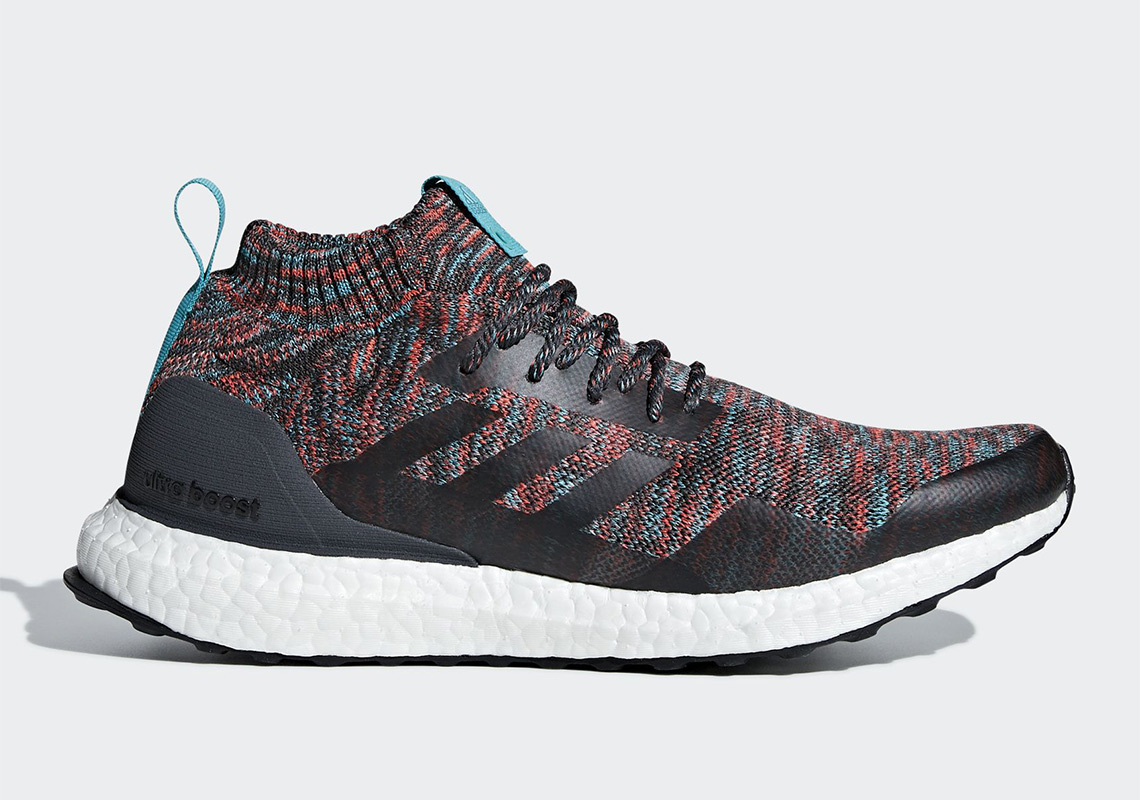 Originally introduced in December 2016 by Ronnie Fieg as part of the Kith “Aspen” capsule collection, the adidas Ultra Boost Mid — a slightly more rugged take on the Ultra Boost — is a silhouette that the Three Stripes seems to release somewhat sparsely. After surfacing in a special adidas Consortium “Prototype” iteration this May, the UB Mid is now dropping in a pair of striking in-line colorways, one of which is this combination of burgundy and turquoise. The woven color palate actually bears striking similarities to the Kith edition, but the inclusion of grey instead of white in the Primeknit upper’s mix of colors and dark grey taping on the toe, three stripes graphic, and eyestays give it a look all its own. Further dark grey detailing hits the heel cage, and pops of turquoise on the heel tab/tongue patch and multicolor laces ensure that the dark accents don’t overpower the light colors used on the upper. A full-length white Boost midsole provides exemplary cushioning, and a black Continental outsole completes the look. Expect these new Ultra Boost Mids to retail for $220 USD and arrive at the Three Stripes stockists listed below October 25th. 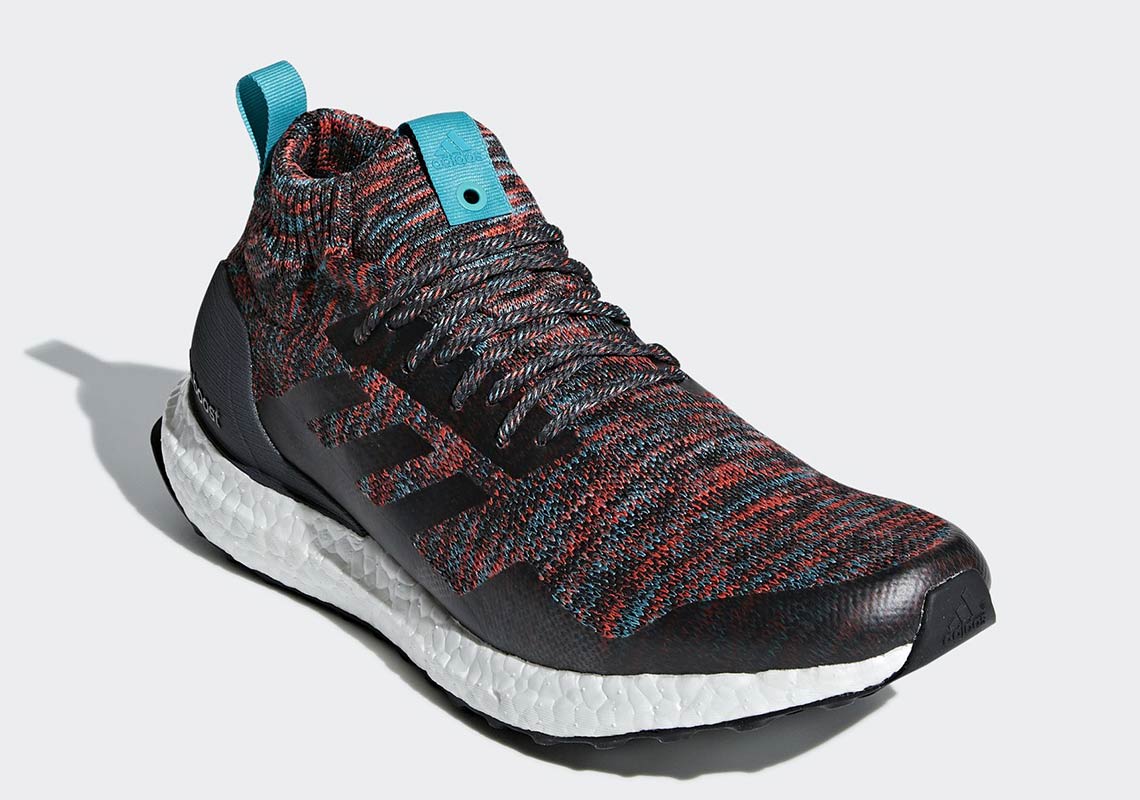 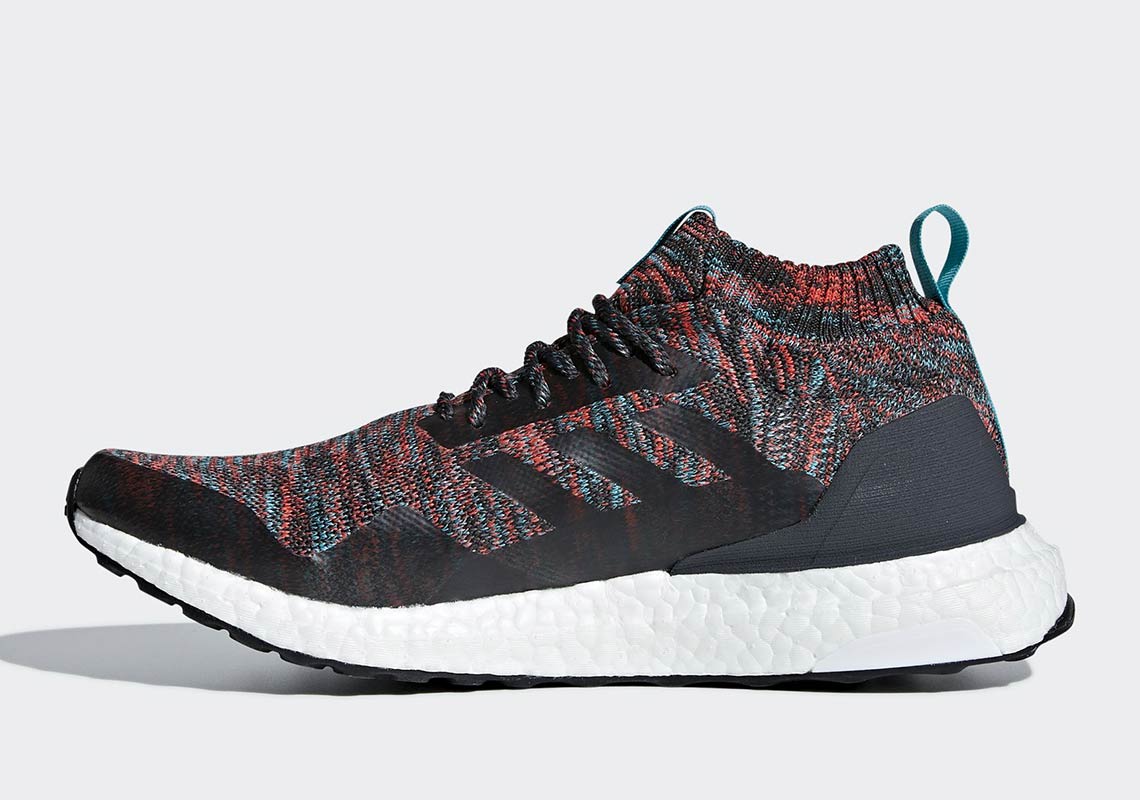 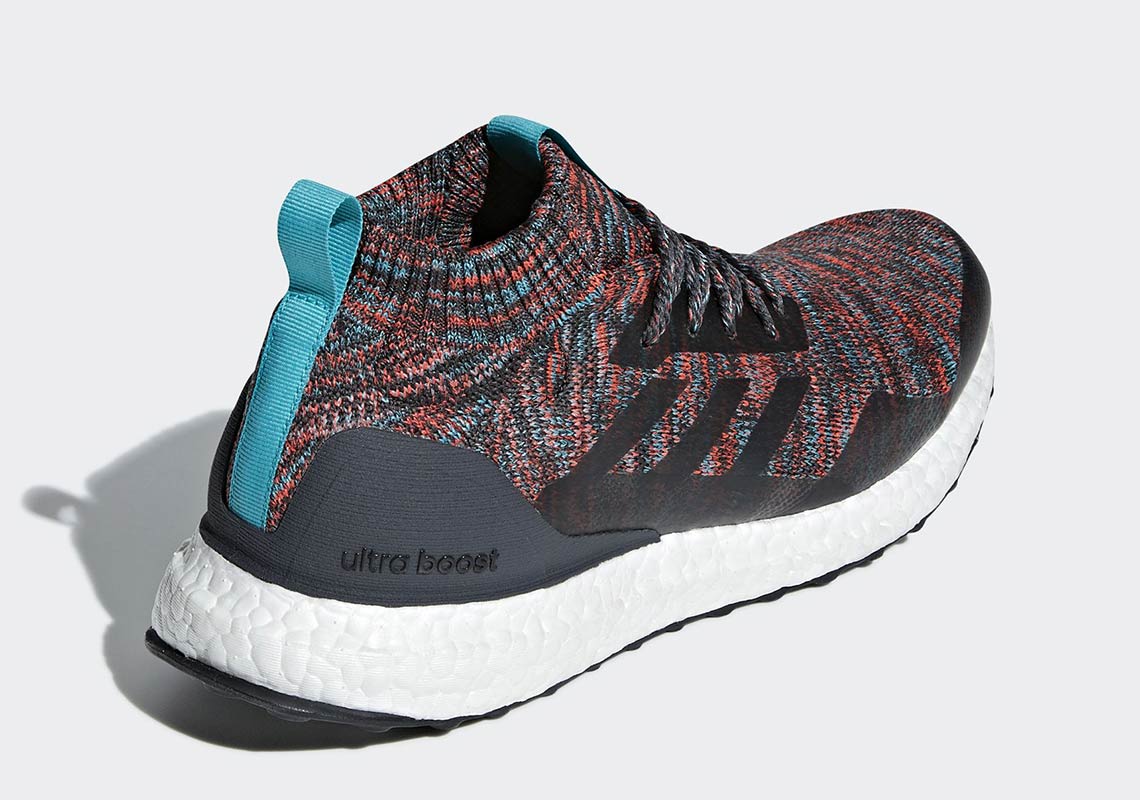 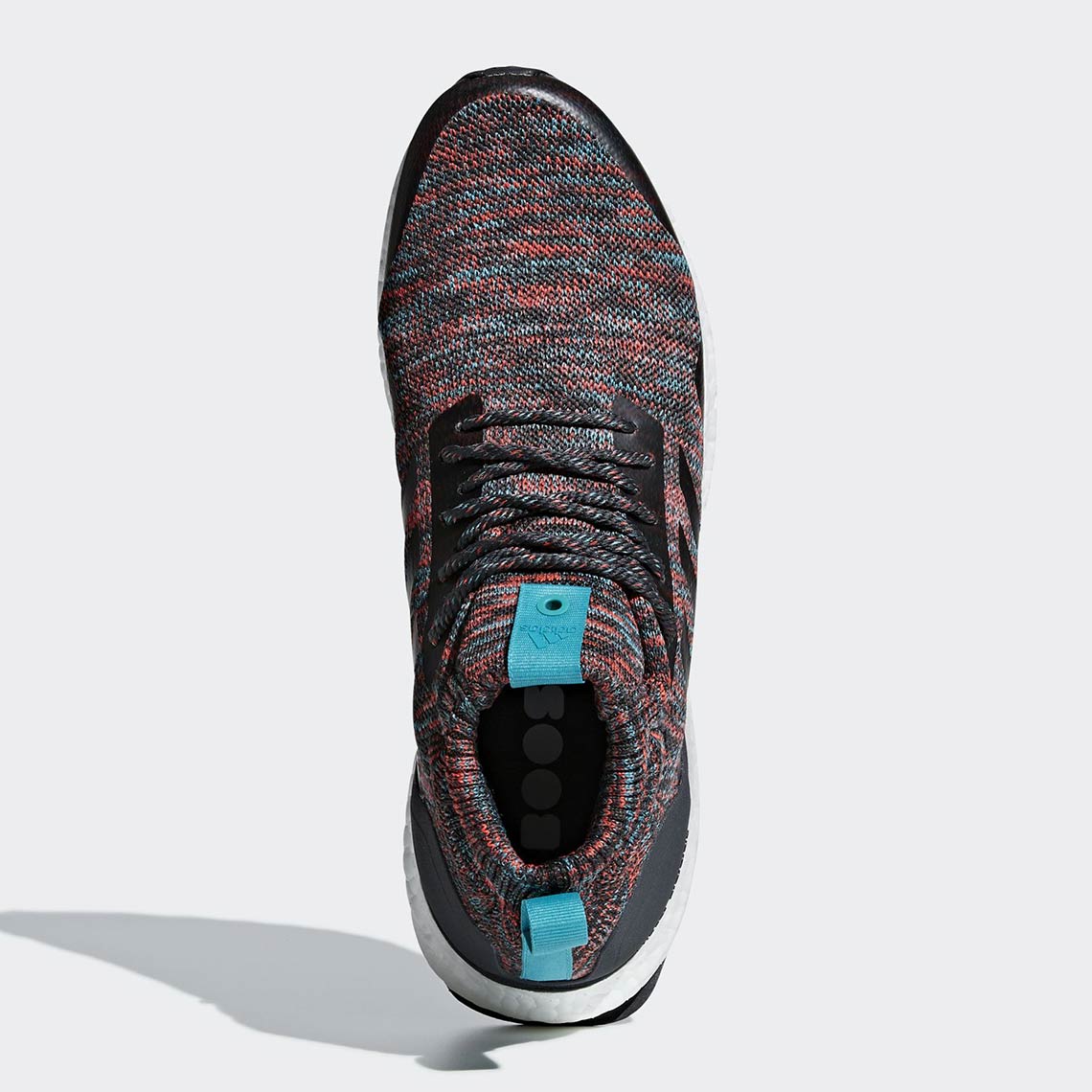 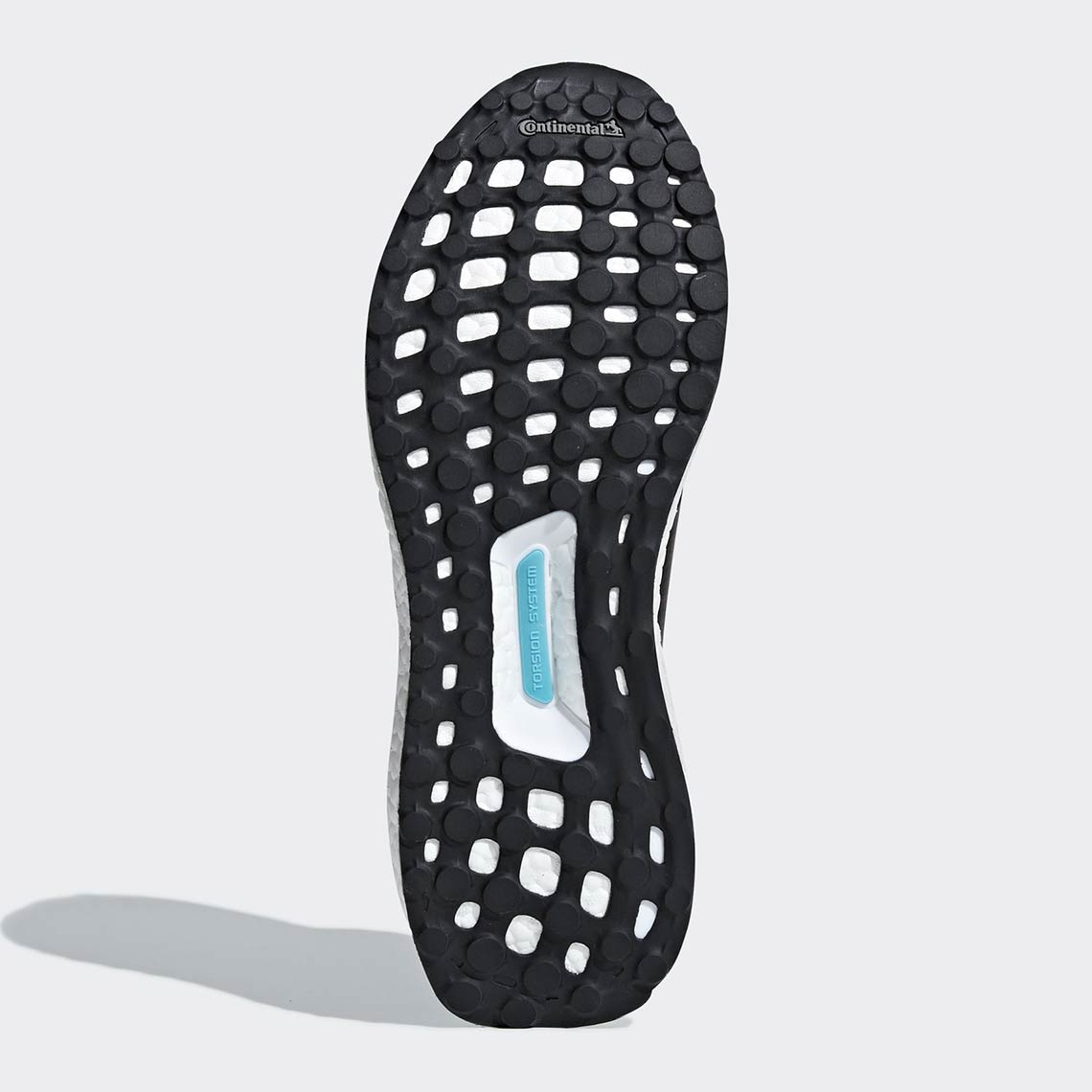