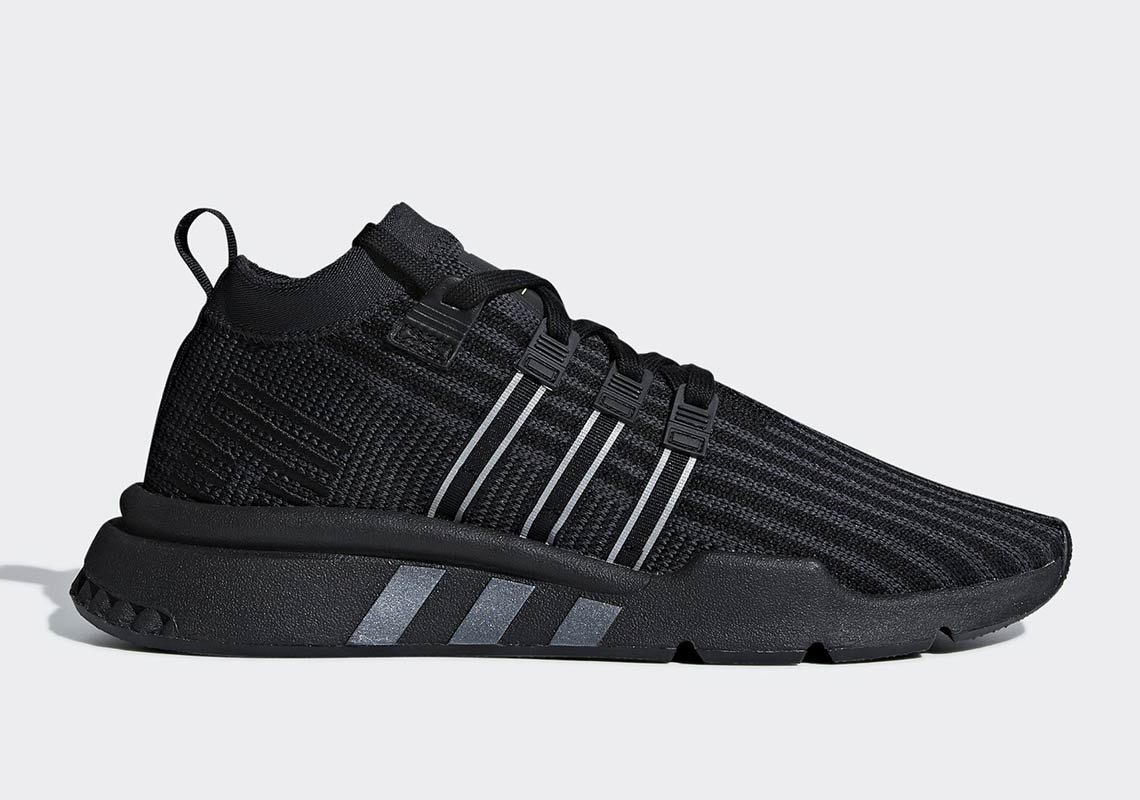 While most of the recent attention around the Three Stripes’ lifestyle branch has been focused on their collaborations — like the adidas Yeezy line or the extensive adidas Dragon Ball Z collection — they’ve been putting out many a clean in-line silhouette as well. The latest pair to surface? A “Core Black” take on the EQT Support Mid ADV. The classic Equipment DNA is still very much intact due to the retro-styled midsole and recognizable Three Stripes midfoot graphic/lace locks. However, futuristic details are abundant as well: the upper is composed entirely of a speedy black and grey striped Primeknit, and also features a new-school sock collar. For a finishing touch, EQT branding appears both on the tongue and the top of the toebox. If you’re a fan of this unique combination of old and new from the Three Stripes, they’ll release on adidas.com October 1st, with a retail price of $120 USD. 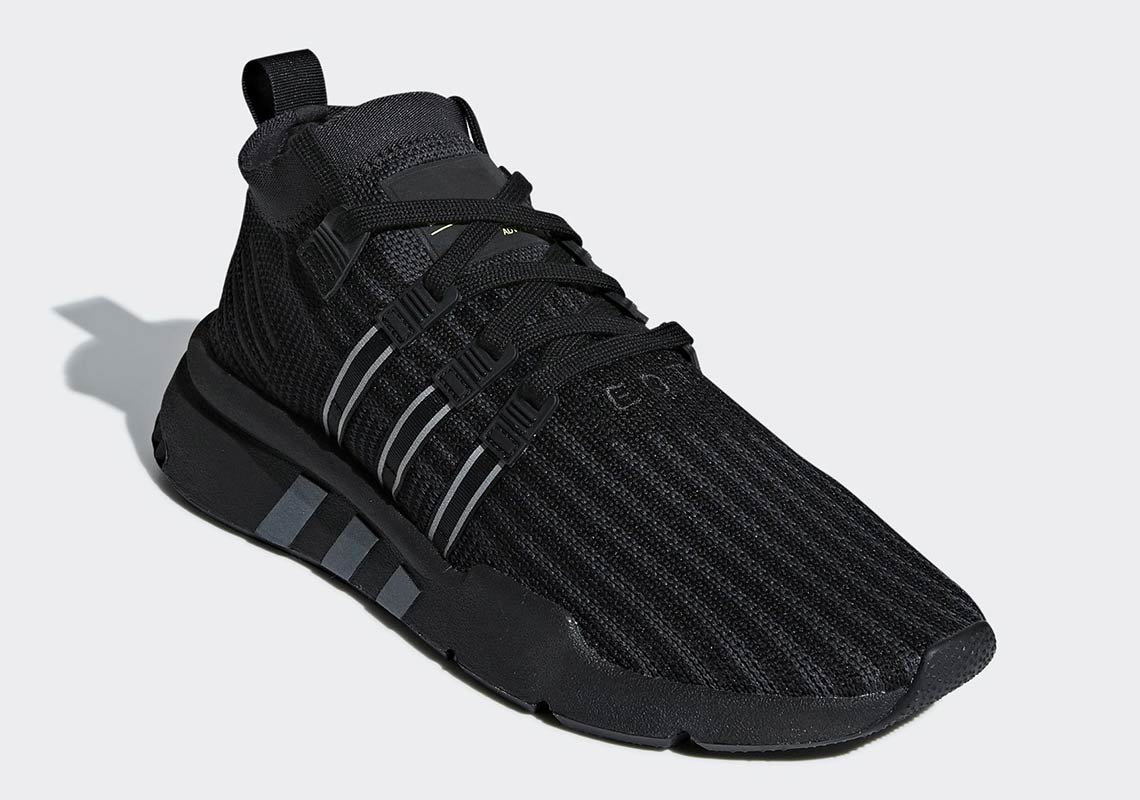 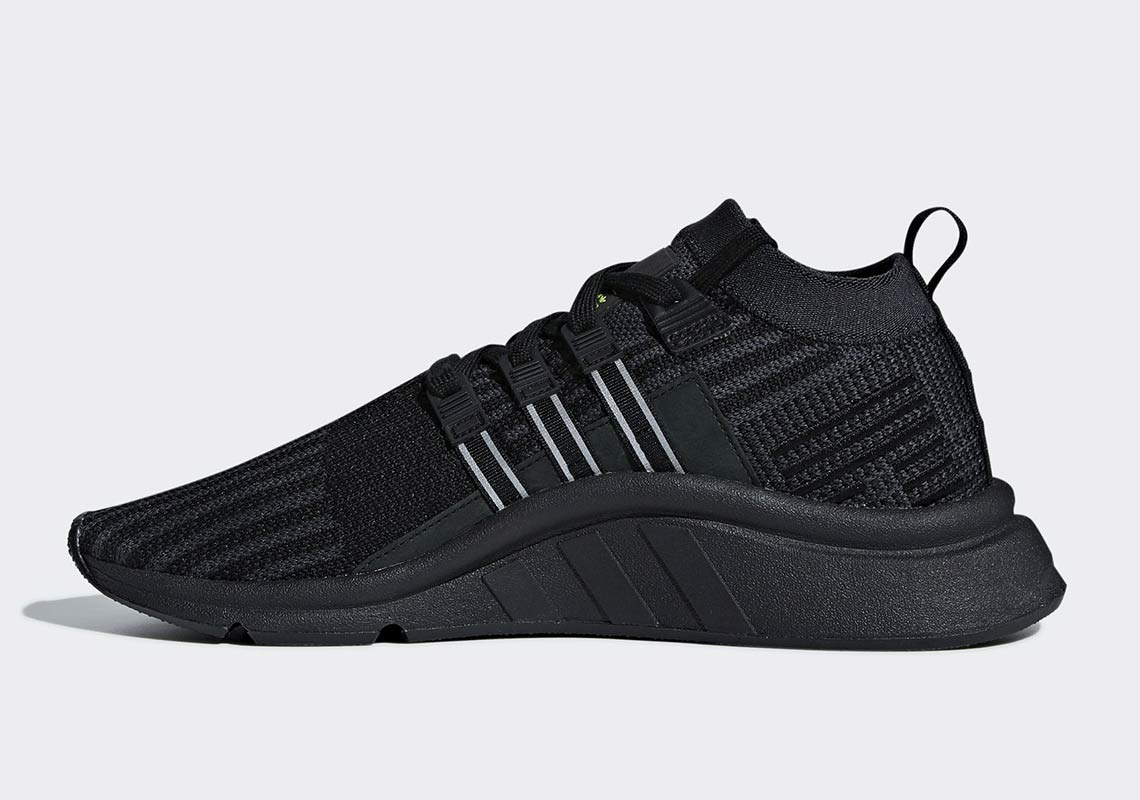 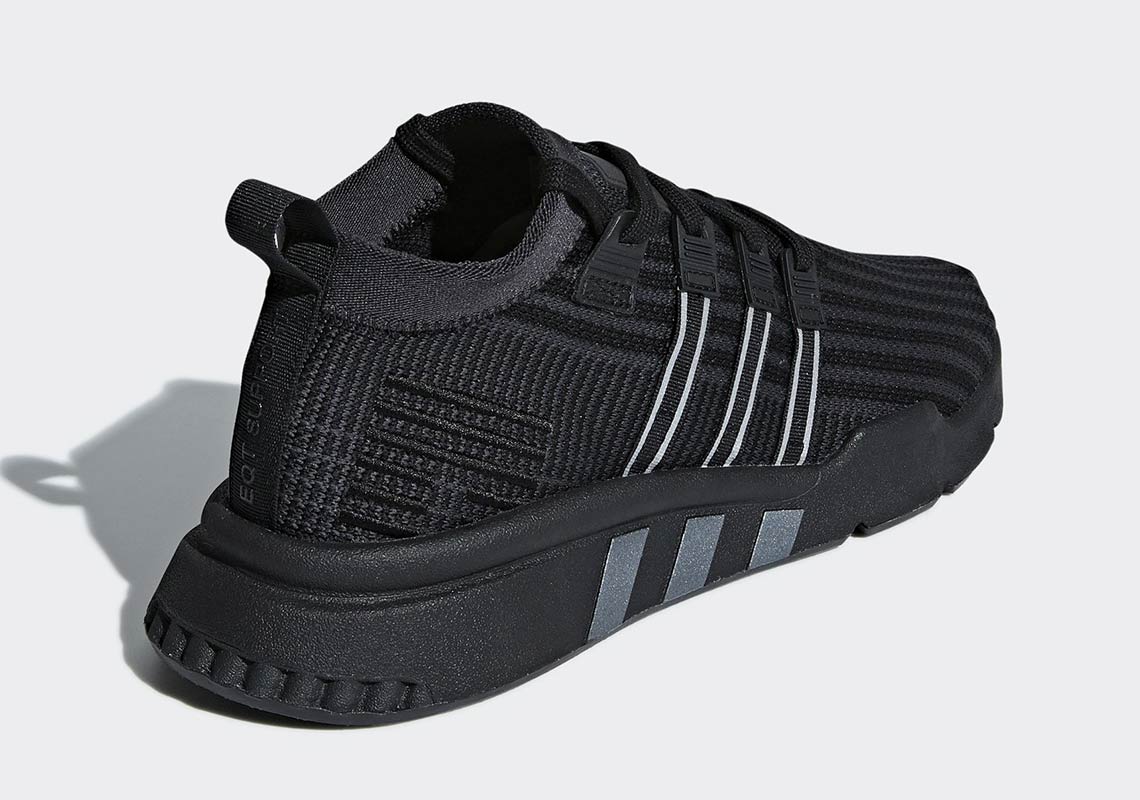 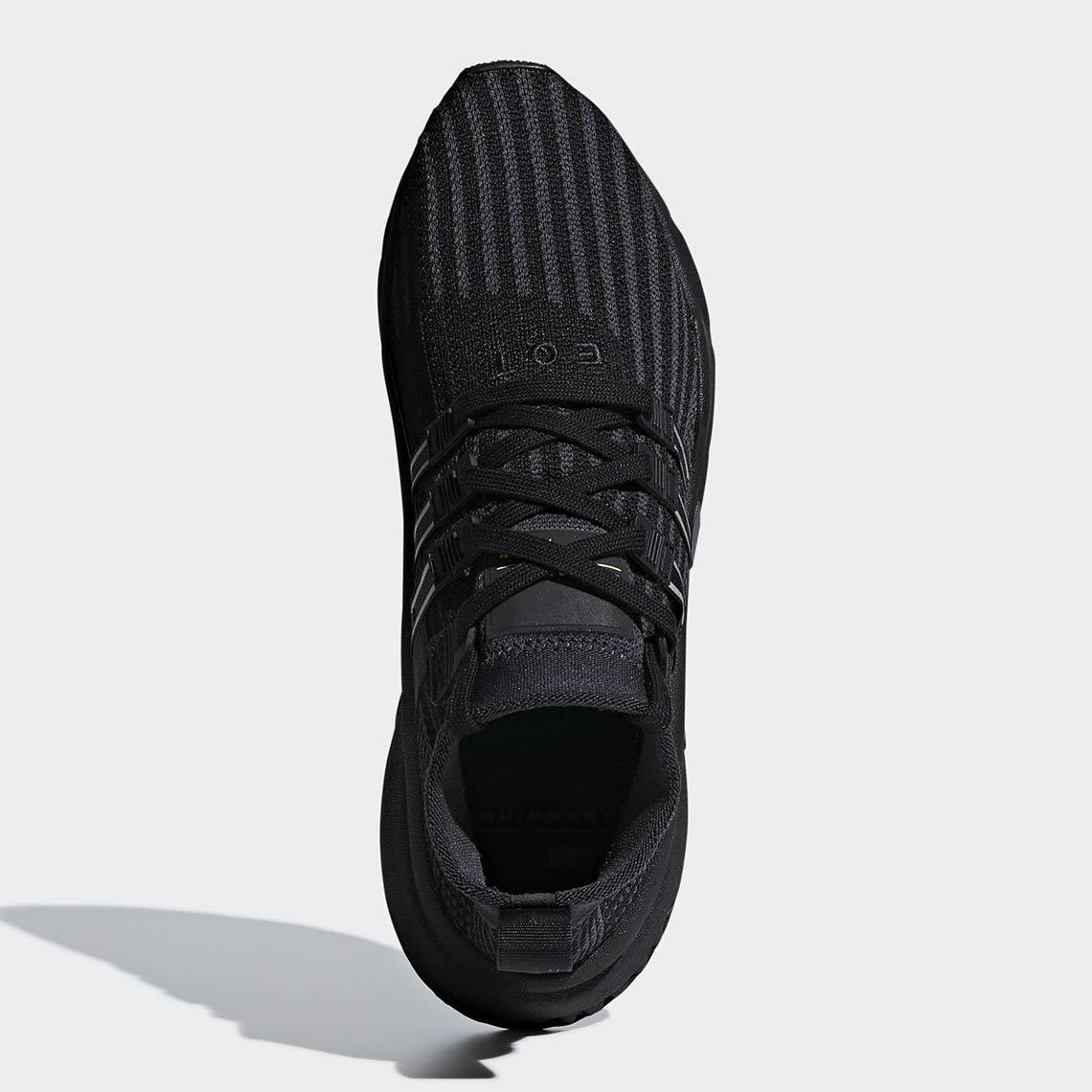 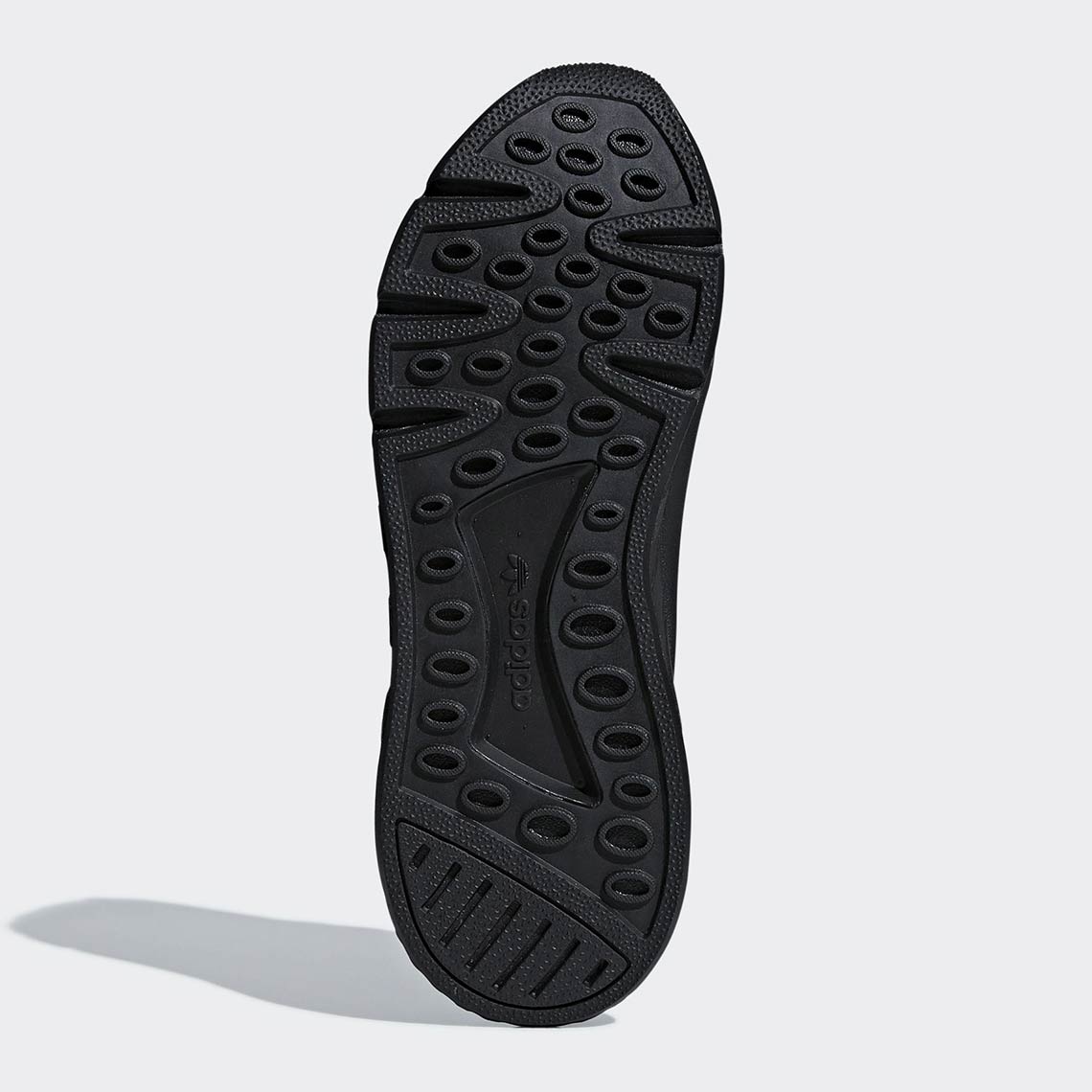