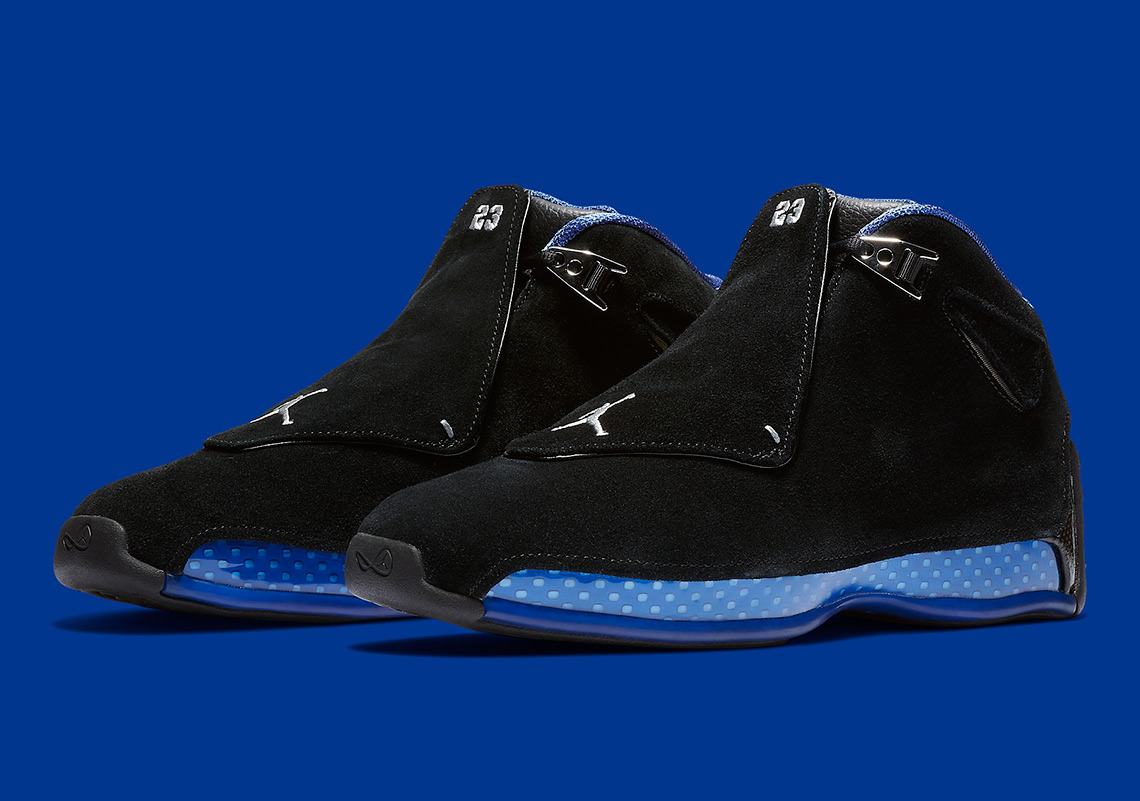 Michael Jordan’s final season in the NBA came all the way back in 2003, ending a two-year comeback with the Washington Wizards that came after the six-time NBA champion could no longer suppress his itch to return to the game. During that swan song campaign, Jordan Brand released the Air Jordan 18, a refined silhouette inspired by Jordan’s love of motorsports and racing. With a full suede upper and an elegant shroud that closed via a metal button at its peak, the XVIII model was praised for its unprecedented design and attention to detail (the shoes game with a brush to maintain the suede upper). Closing out a year of impressive re-issues is the Black/Royal edition that will likely be the final release before the shoes are stuck back in the vault. A release date of October 27th was initially reported, but retailer Shoe Palace has them listed for a 10/11 release. Stay tuned for updates as we near the official drop this month. 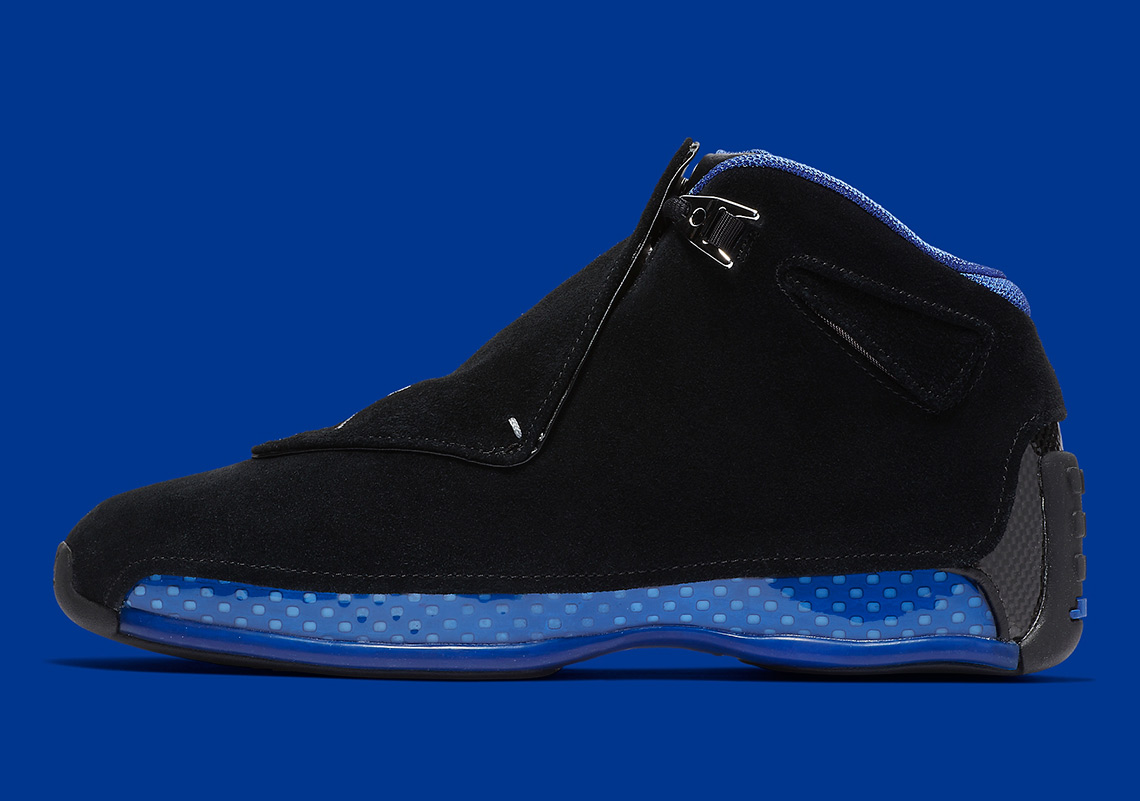 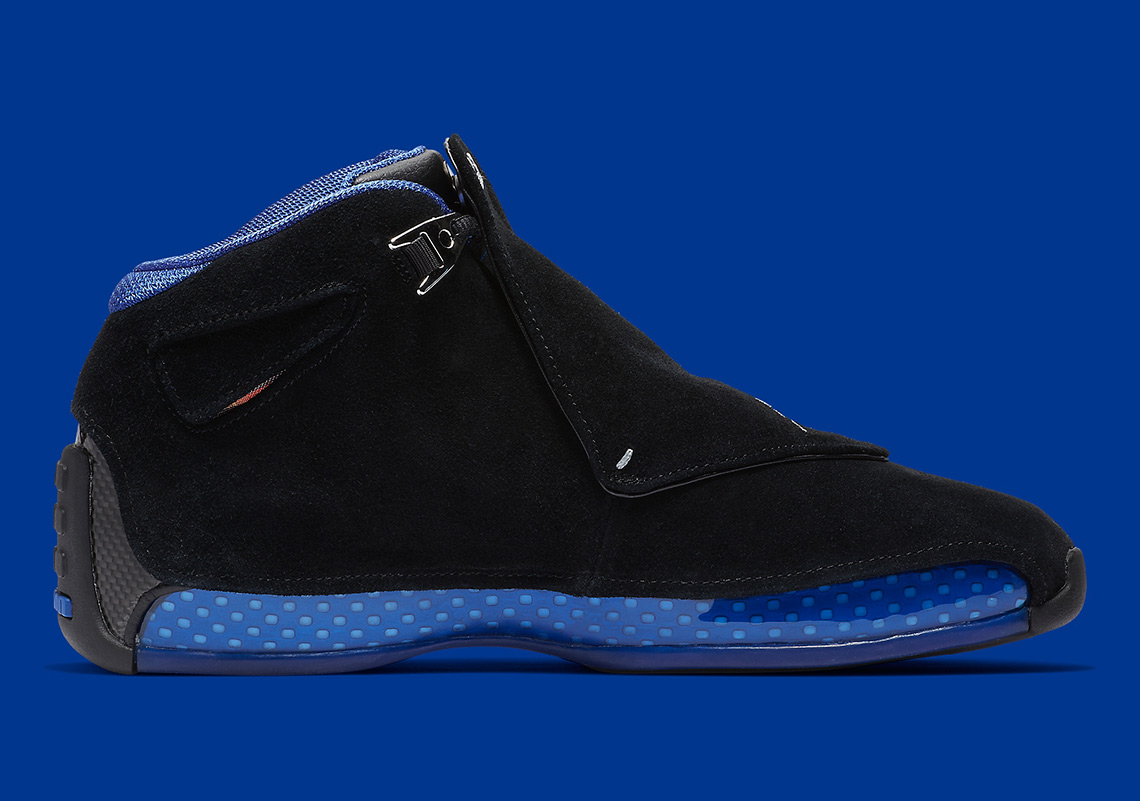 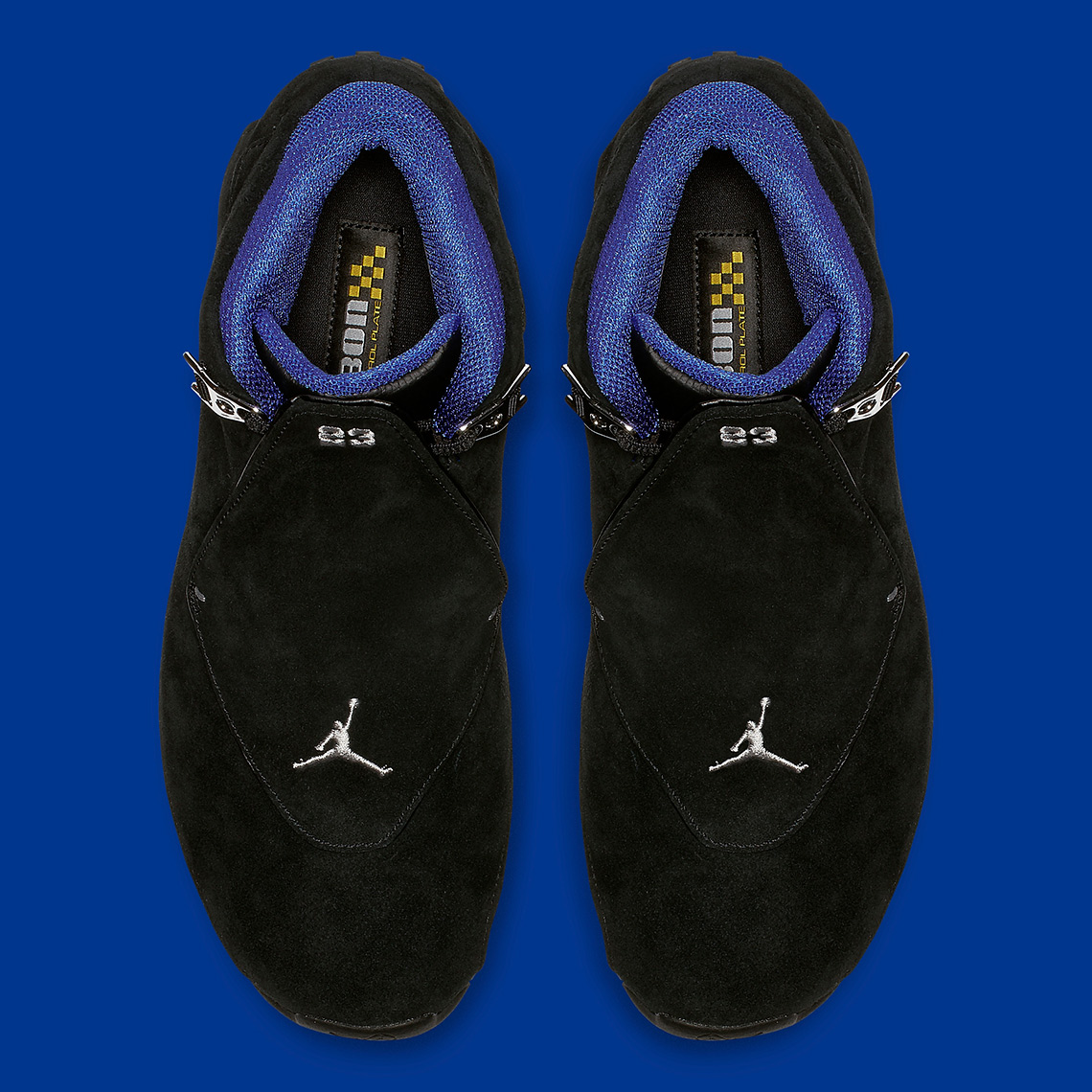 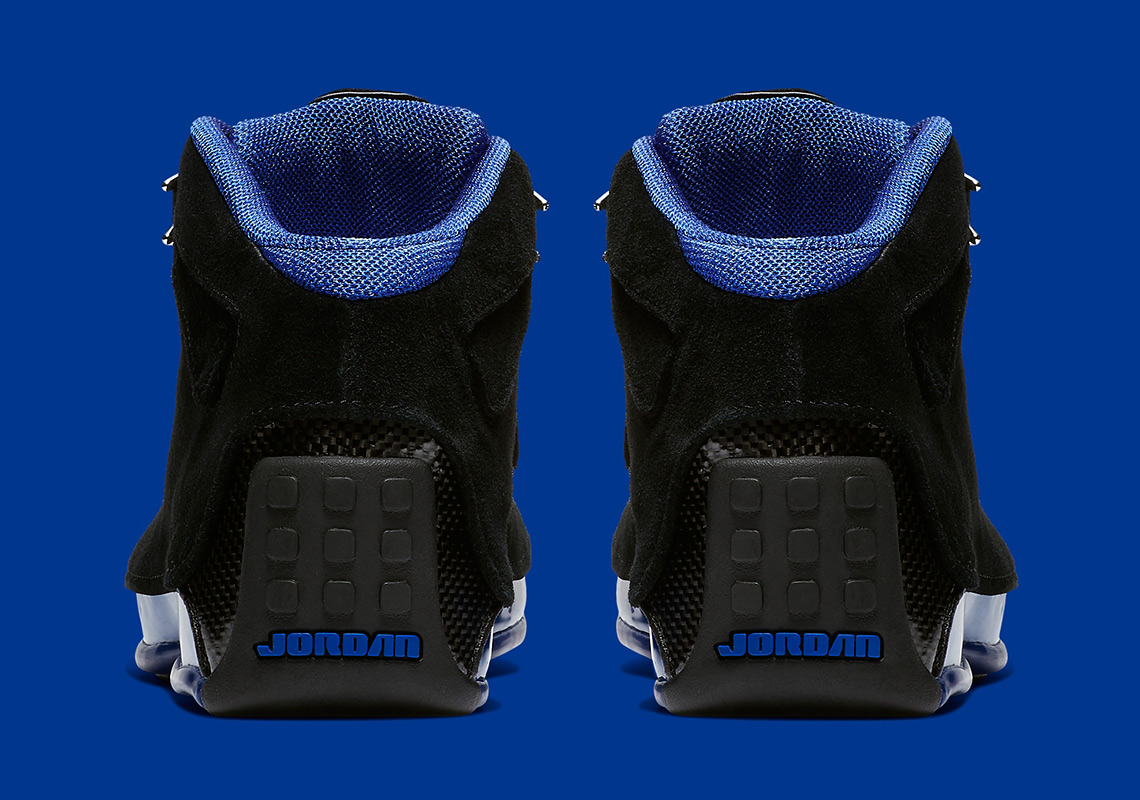 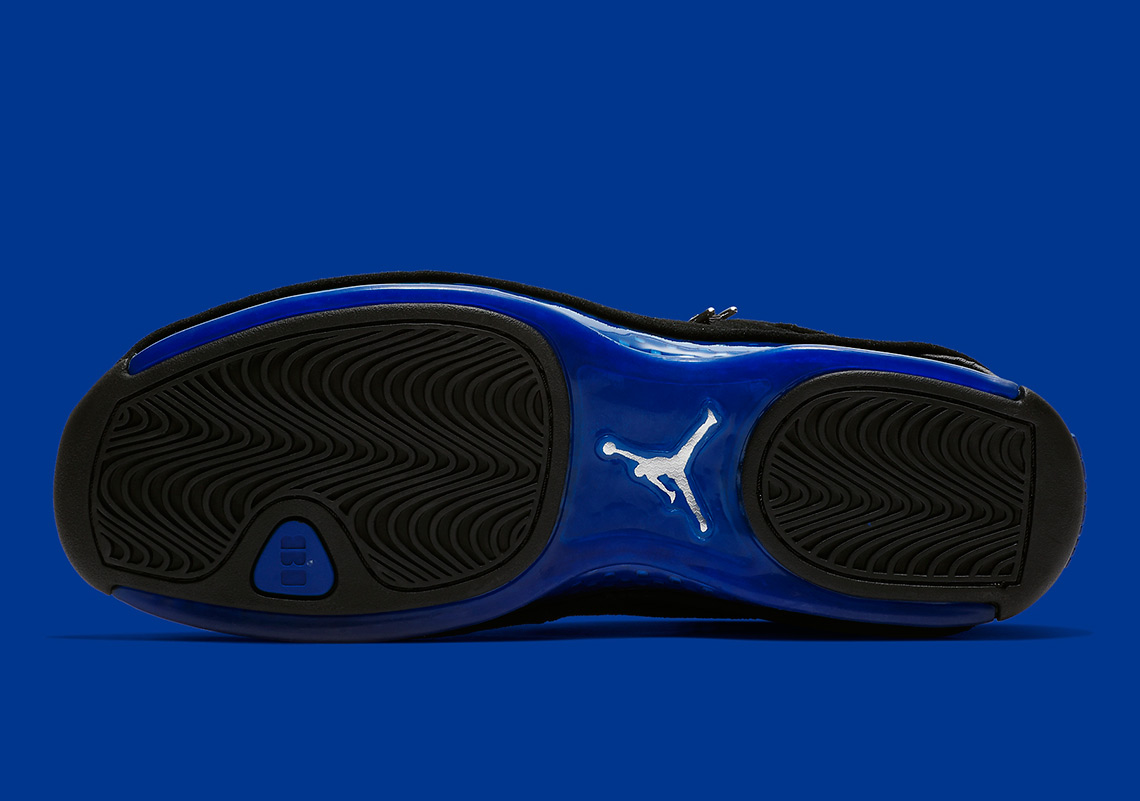