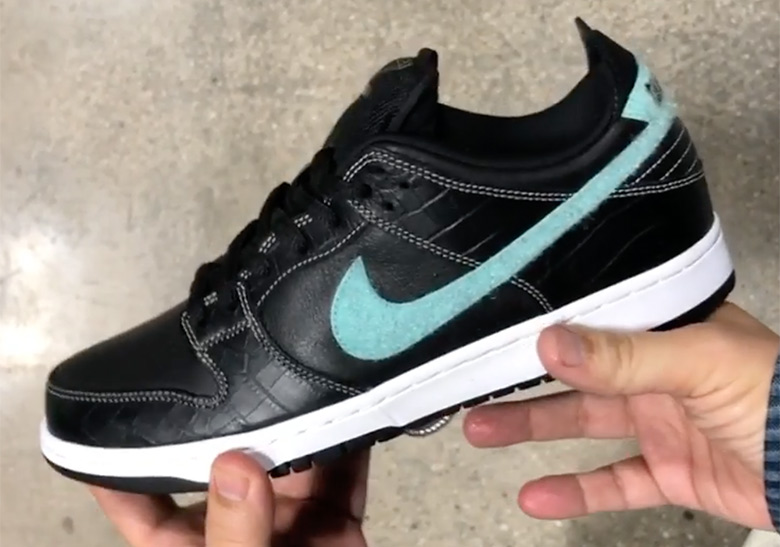 Diamond Supply Co.’s Nike SB Dunk collaboration from 2005’s Team Manager series can be described in many ways. Game-changing. Ground-breaking. Timeless. This unforgettable bit of sneaker history, in its aqua, silver, and glossy black reptile glory, was perhaps the poster-boy of Nike SB’s absolute peak when these chunked-out Dunks were the most coveted shoes on the planet. In 2013, the skate brand and the Swoosh teamed up to re-release the iconic shoes in its opposite high form, but it appears that a true sequel called the “Black Diamond” is set to surface, a follow-up to one of the most significant shoe releases in history.

Far more subdued this time around, the “Black Diamond” SB Dunk features a full black upper, pairing the signature reptilian texture with a flat black leather for a unique contrast. You will, however, find the same metallic silver finish on the Swoosh and the striking aqua blue tone on the NIKE on the heel. What’s truly changed is that the Swoosh itself is entirely removable, revealing a hidden layer of aqua blue on the logo and the heel-tab. Currently, a release date hasn’t been revealed, but we expect brand found Nicky Diamonds to make that known soon. 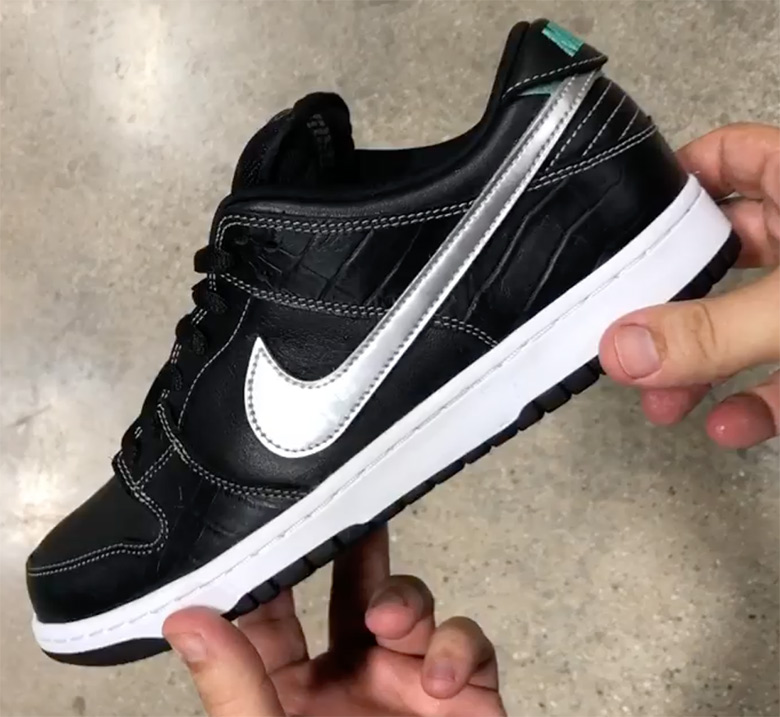 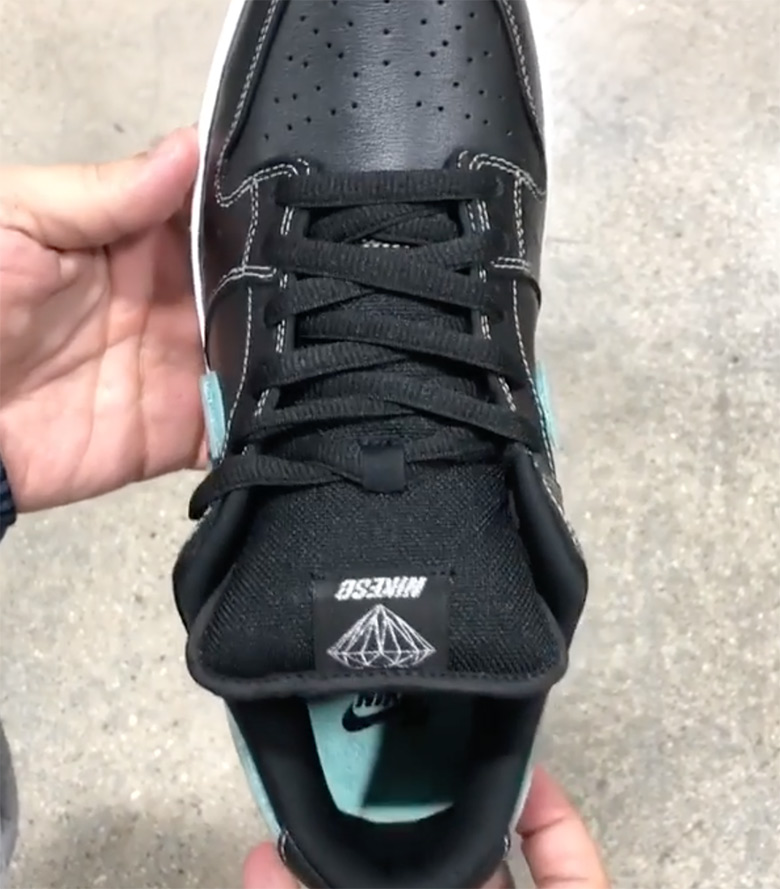