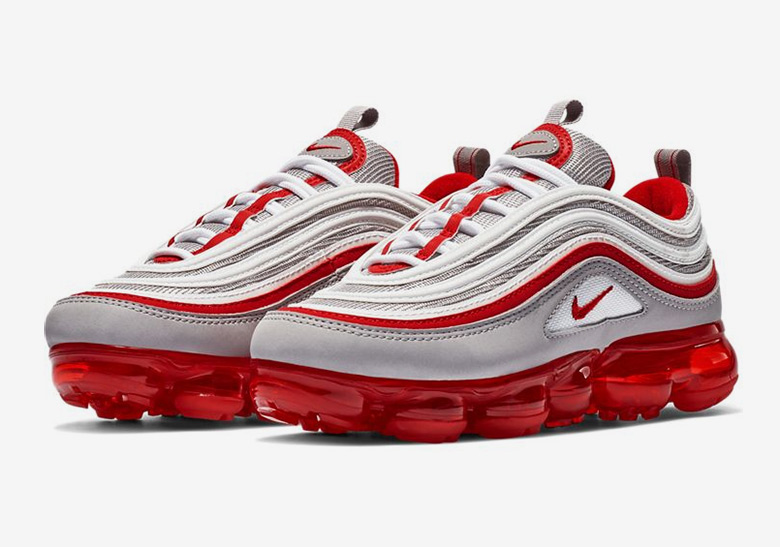 Swoosh Brand consumer’s feverish craze for hybridized silhouettes equipped with Vapormax sole units has reached a boiling point, and Nike continues taking advantage with new models and colorways at a steady rate. One of the most revered – the Vapormax 97 – is back in an Atmosphere Grey outfit strictly designed for Beaverton’s kid-sized appreciators. With University Red clearly acting as its focal point, Atmosphere Grey and White are ushered in for contrast on its mudguard, and throughout its speed bullet train-inspired racing stripes. Boasting an aesthetic that sits somewhere in between the heralded Air Max 97 “Silver Bullet” and CLOT’s highly acclaimed Vapormax, energy surrounding this in-line drop could be higher than normal. Pairs are currently available at overseas stockists the likes of Foot Locker Australia, so grab a detailed look here and expect its Stateside arrival in the coming weeks. 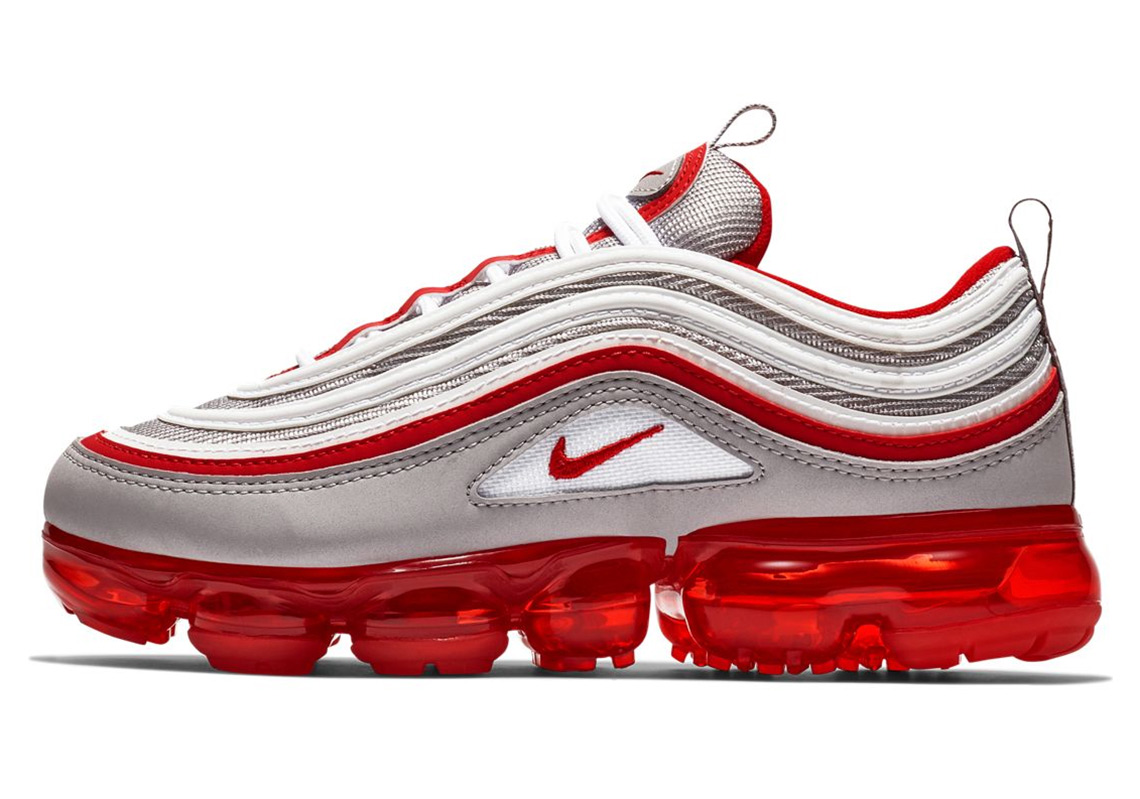 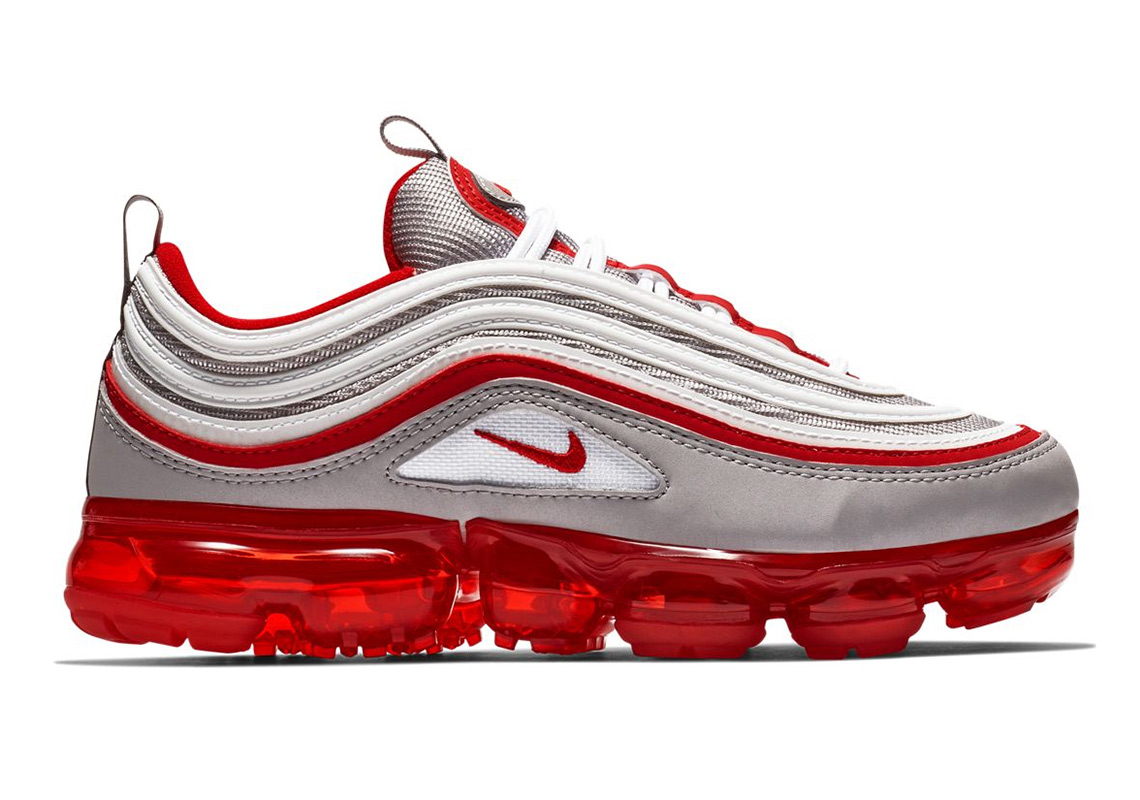 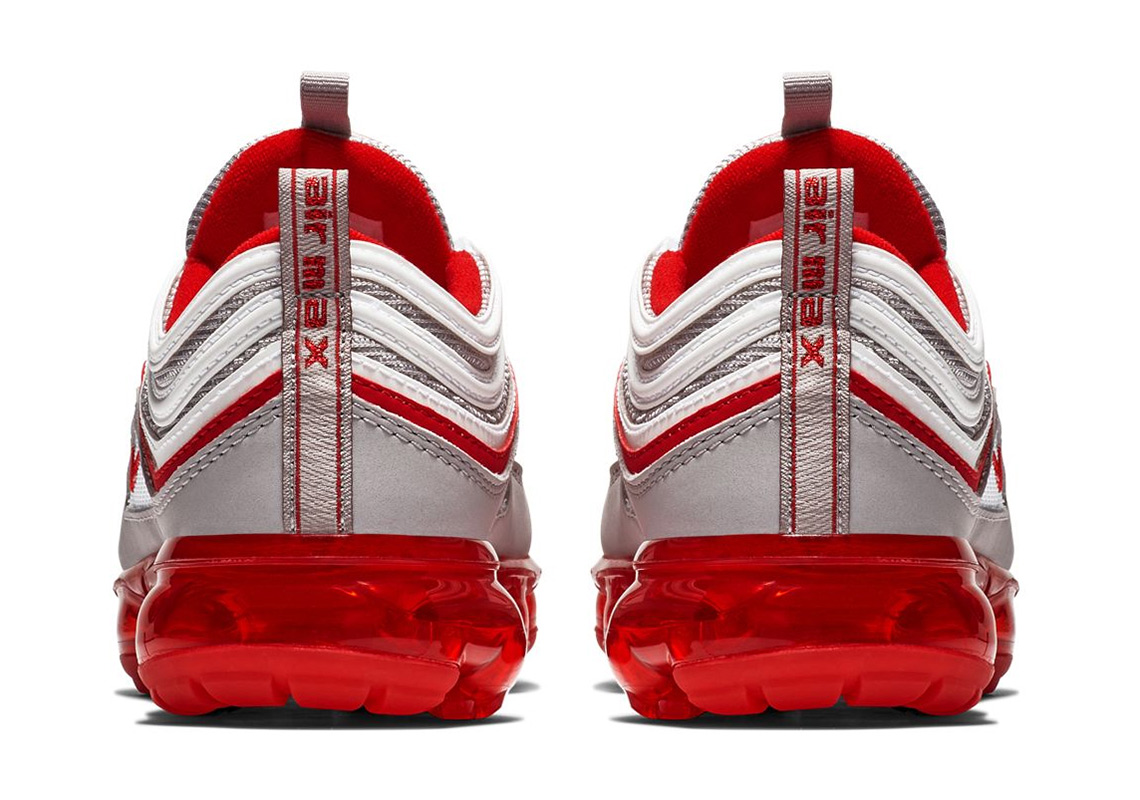 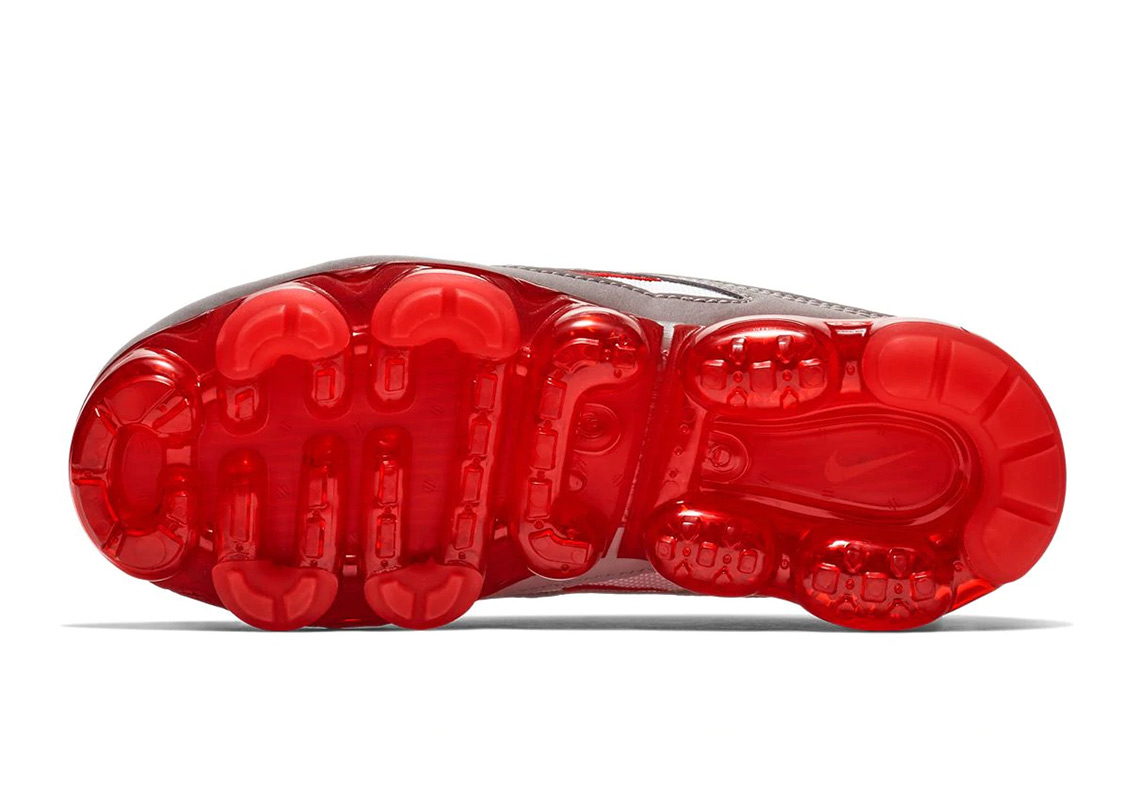