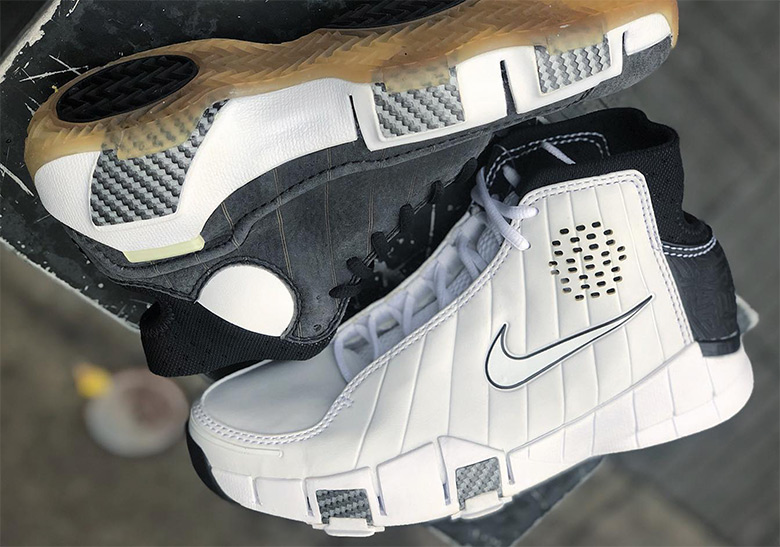 Since 2005, Kobe Bryant’s signature shoe line with Nike has been a test site of sorts for implementing the brand’s newest basketball-appropriate innovations into performance products. Various iterations of the Nike Zoom Kobe have ushered in key developments such as Flywire, Lunarlon, React, and Free – four modes of comfort and stability that have been integral to the brand’s success in the 21st Century. Kobe’s first shoe, the Nike Zoom Kobe 1, offered up a package of heel/forefoot Zoom Air, a Free-inspired traction, and a large carbon fiber plate that spanned the entire shoe, but these early prototypes reveal just how differently the design team tried to infuse these elements in a way that would best suit the Black Mamba’s attacks on court.

The black/gum prototype, which we presume to be the earlier of the two, features similar cuts into the forefoot of the midsole, while the carbon fiber plate appears to be mapped out to support key zones of the foot with exposed panels climbing up the wall of the sole. The upper also features a thick piping that lies above the midsole, an impact cushion at the ankle, and the same Huarache-esque window at the heel. The white sample, which is closer to the final form, also utilizes a variation of the carbon fiber plate that appears to utilize the larger plate with extensions at the outrigger. The upper design is completely different from the original as it features deep grooves indented into the leather as well as a lasered emblem on the medial side and ventilations at the ankle. It actually resembles the takedown model of that year called the Zoom Uptempo Legend.

Check out this closer look at these rare prototypes of the Kobe 1, and if you’re looking to add some insanely rare gems to the collection, both are available now at Index Portland. 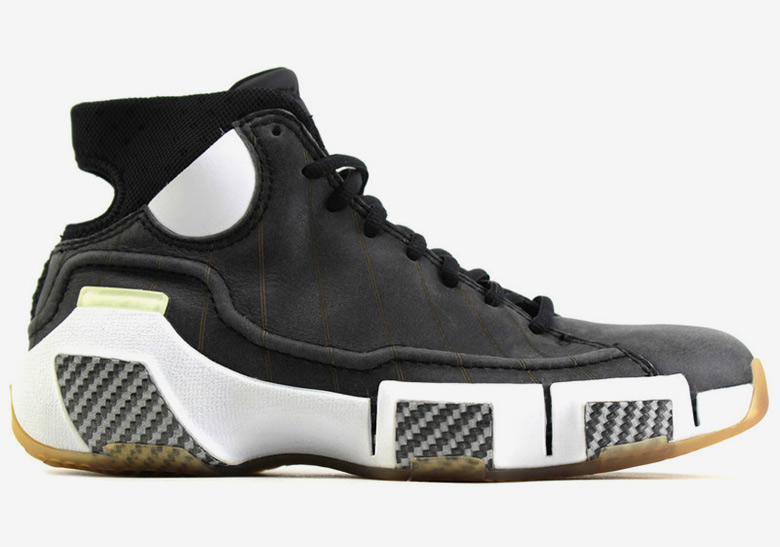 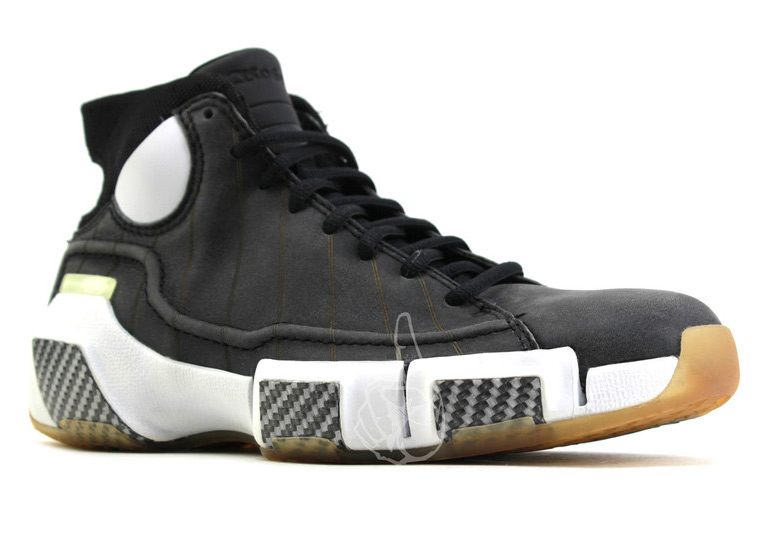 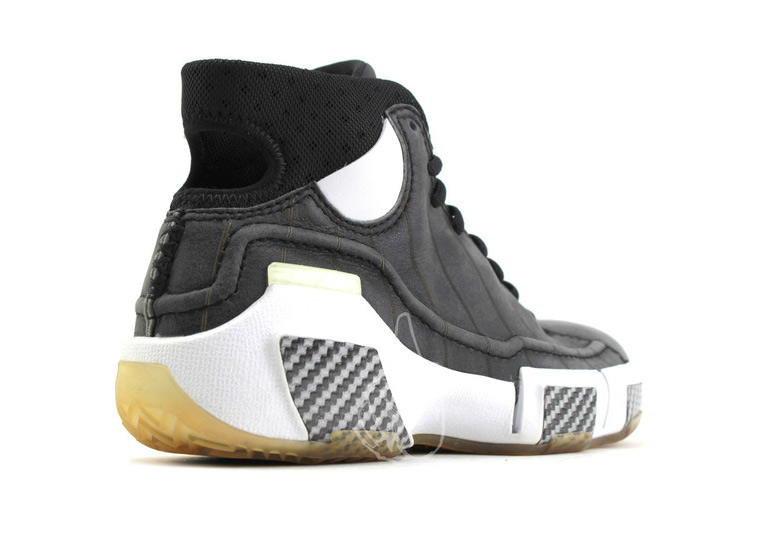 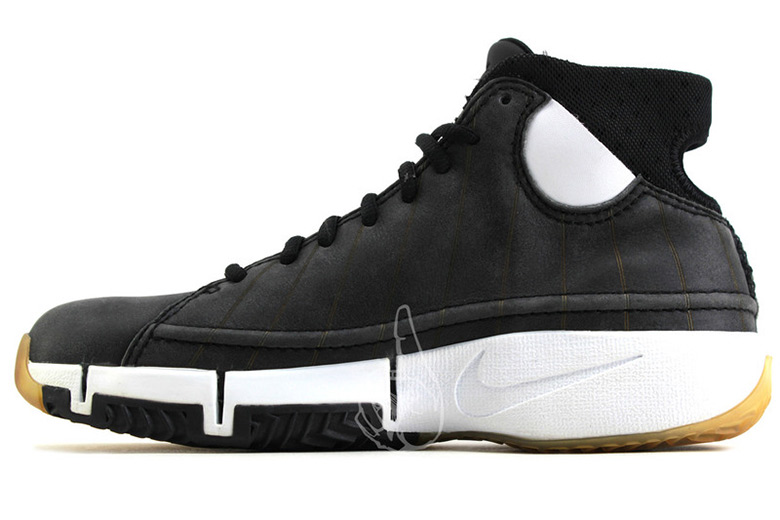 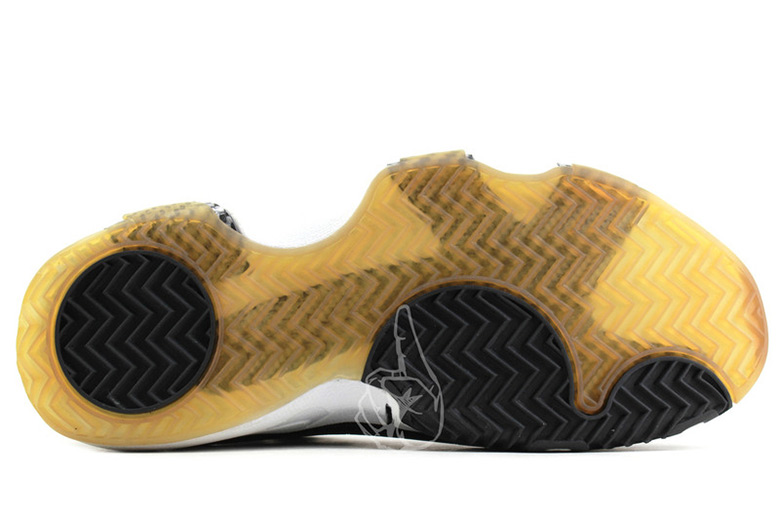 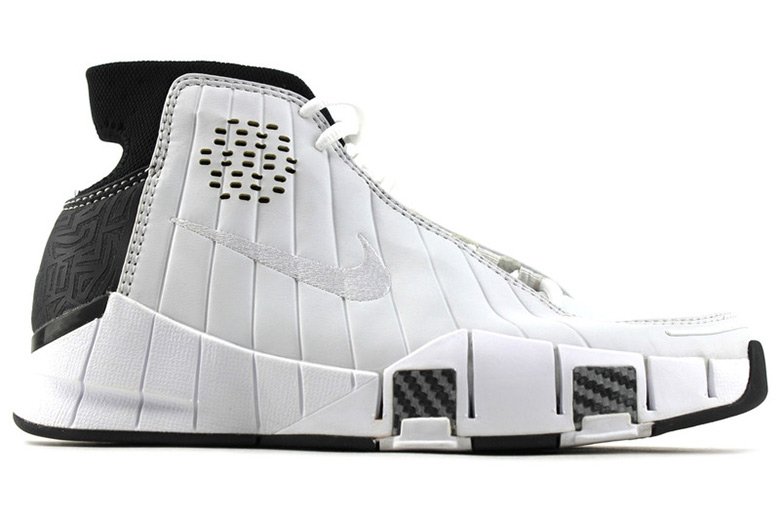 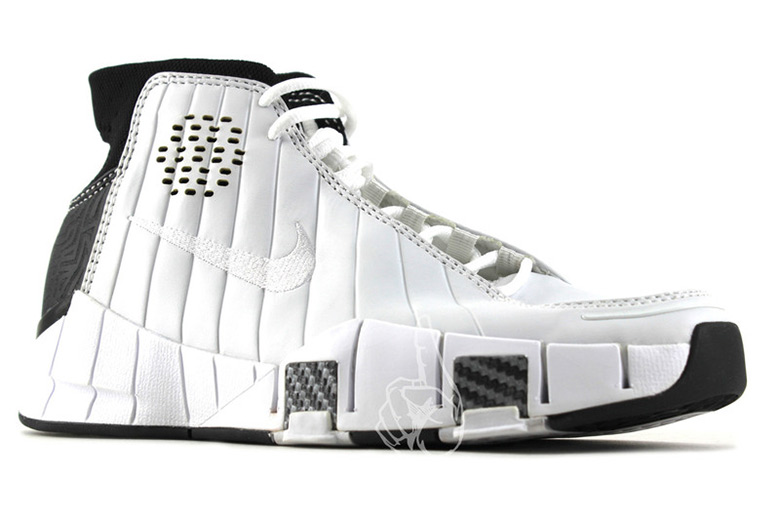 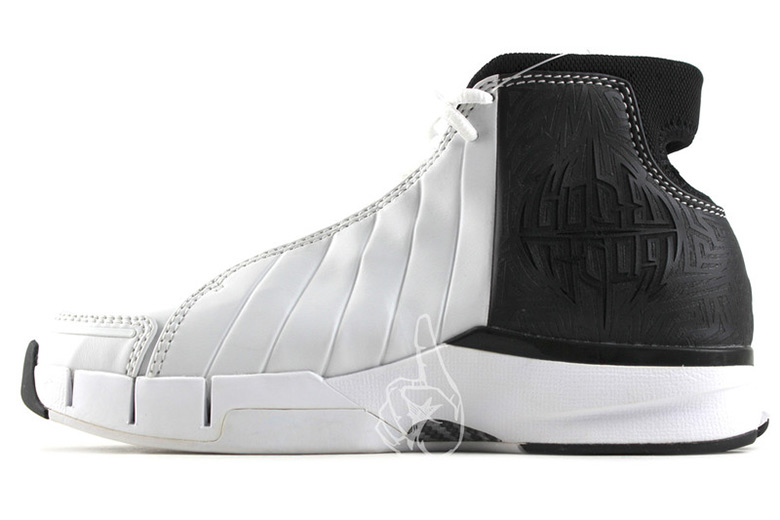 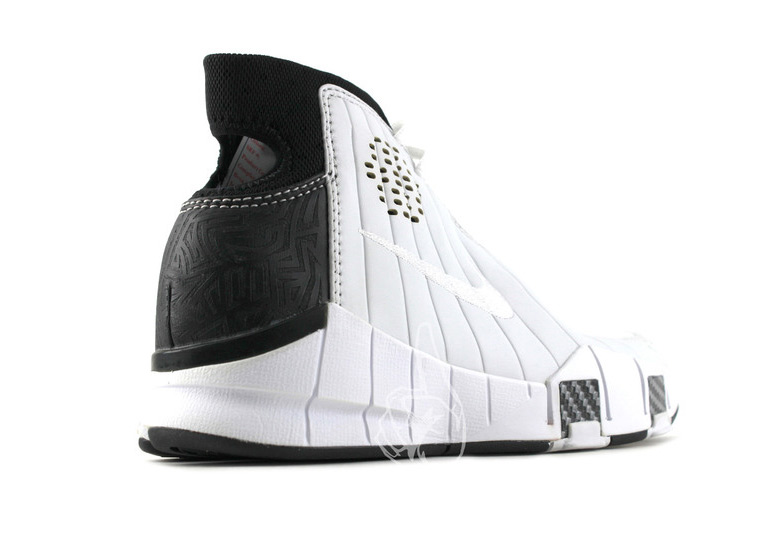 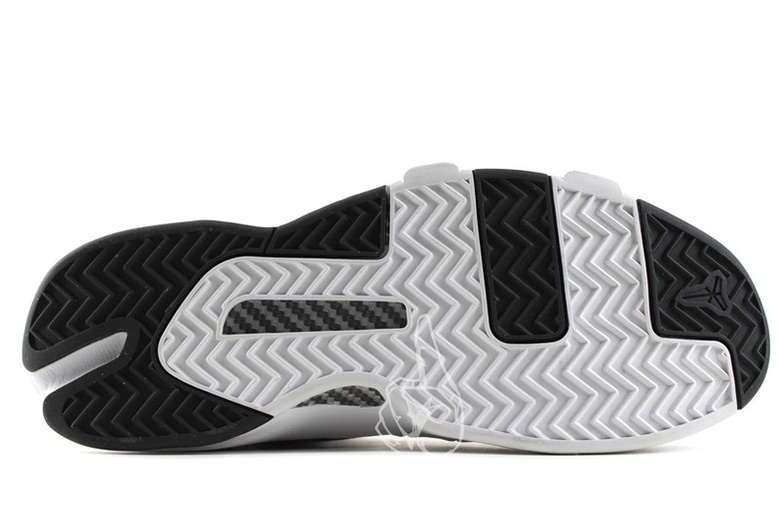