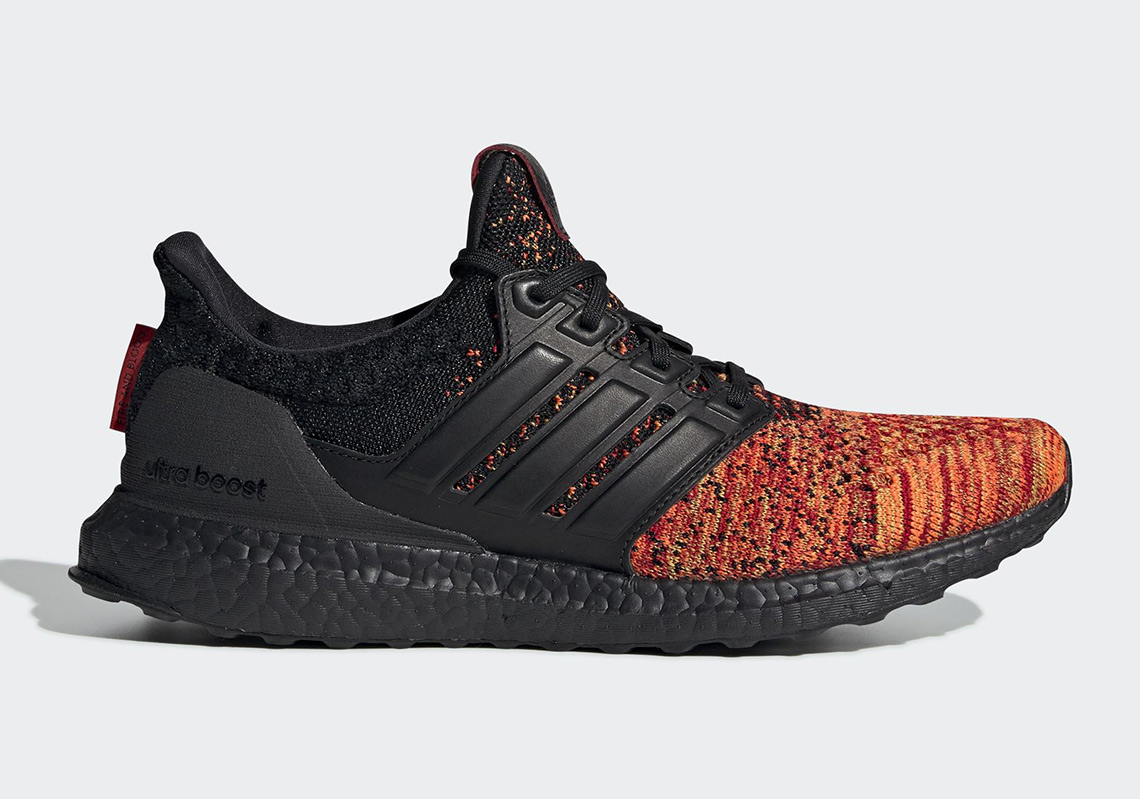 Early next year, both sneaker and fantasy fanatics will be treated to a collaborative capsule between adidas and Game of Thrones. Inspired by the George RR Martin series’ most notable characters, the infamous dragon riding House Targaryen will actually be receiving two versions of the Ultra BOOST, one designed for their fallen people, and one for their menacing dragons. While you have already been given looks at the pair designed for the most powerful weapons in all of Westeros, a new set of images have finally been revealed that include a custom set of insoles equipped with the house’s sigil. This iteration’s talking point is clearly its woven primeknit upper meant to resemble a blazing blast of fire, with a Fire and Blood tag hanging off of its heel adding a signature Thrones touch. Pairs are currently on pace to begin arriving at stockists around the globe February 7th. Enjoy a detailed look below and be sure to stay up-to-date on our adidas Game of Thrones page for the latest.

Update 3/12/19: The adidas Ultra Boost “House Targaryen” will release March 22nd. Check out an adidas Game Of Thrones buyer’s guide to see what retailers will have stock, and note it will be coming soon to adidas.com. 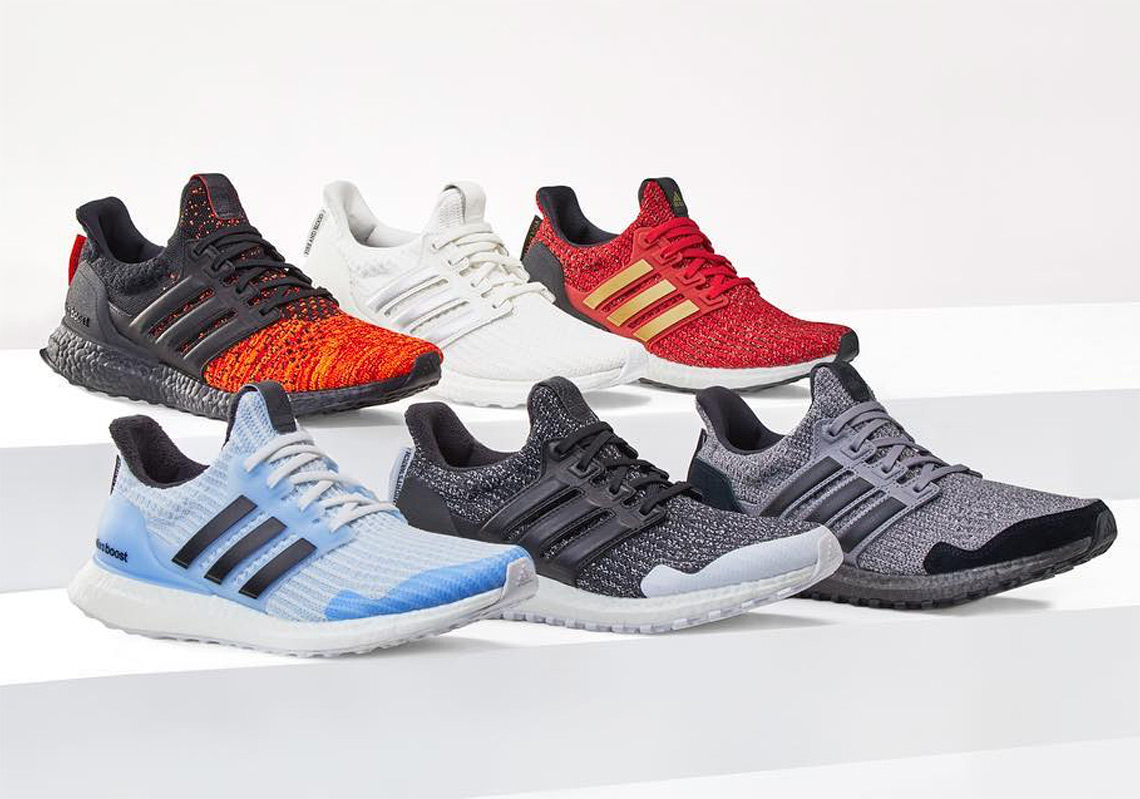 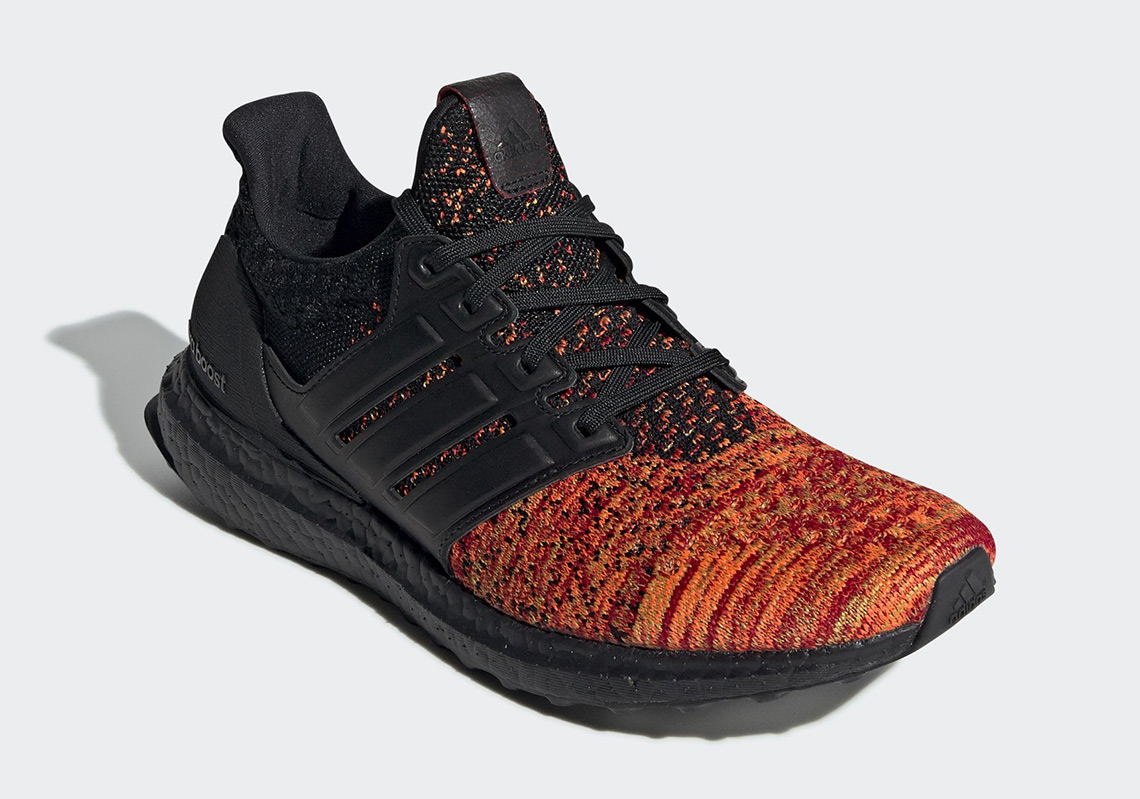 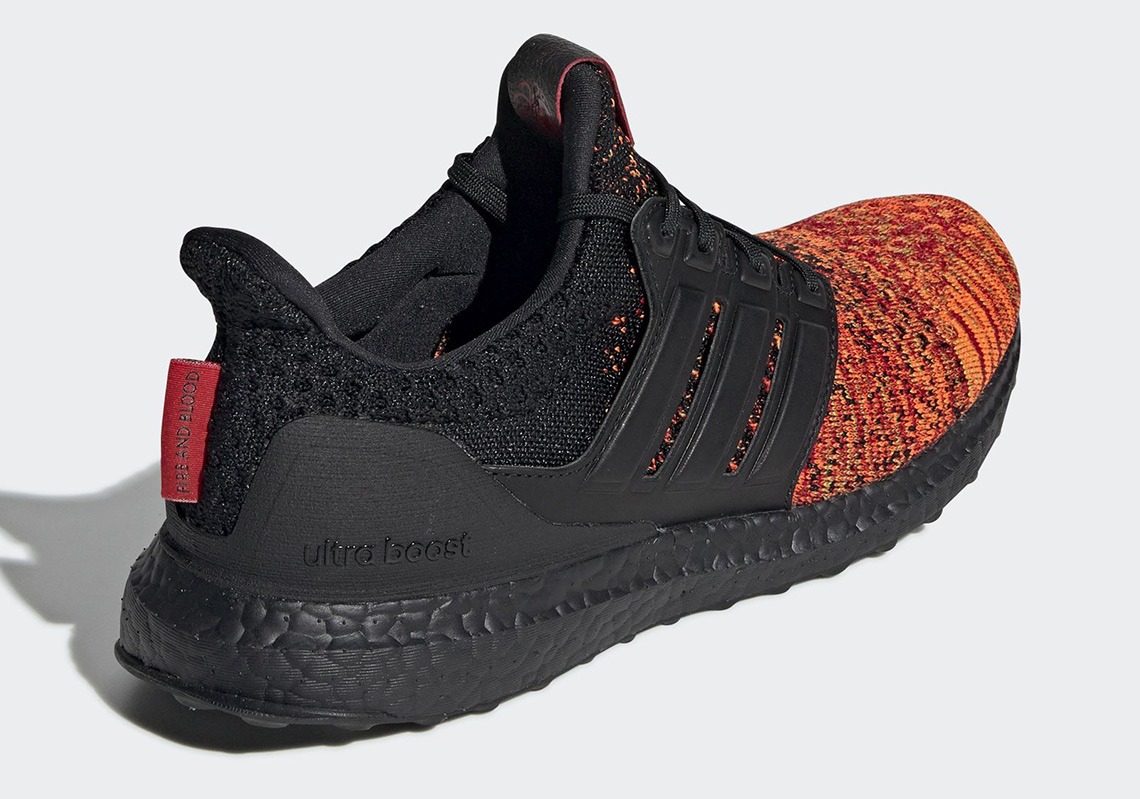 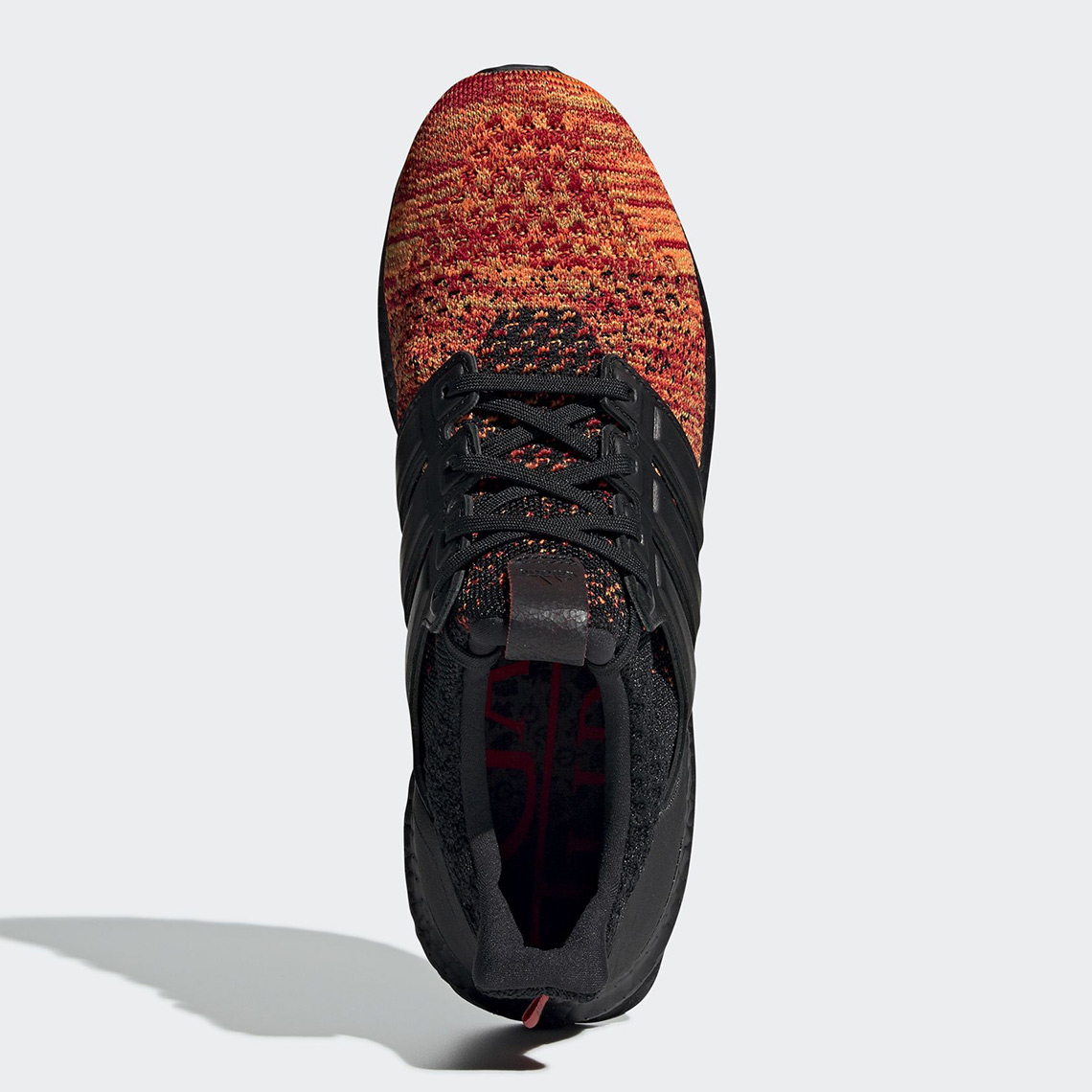 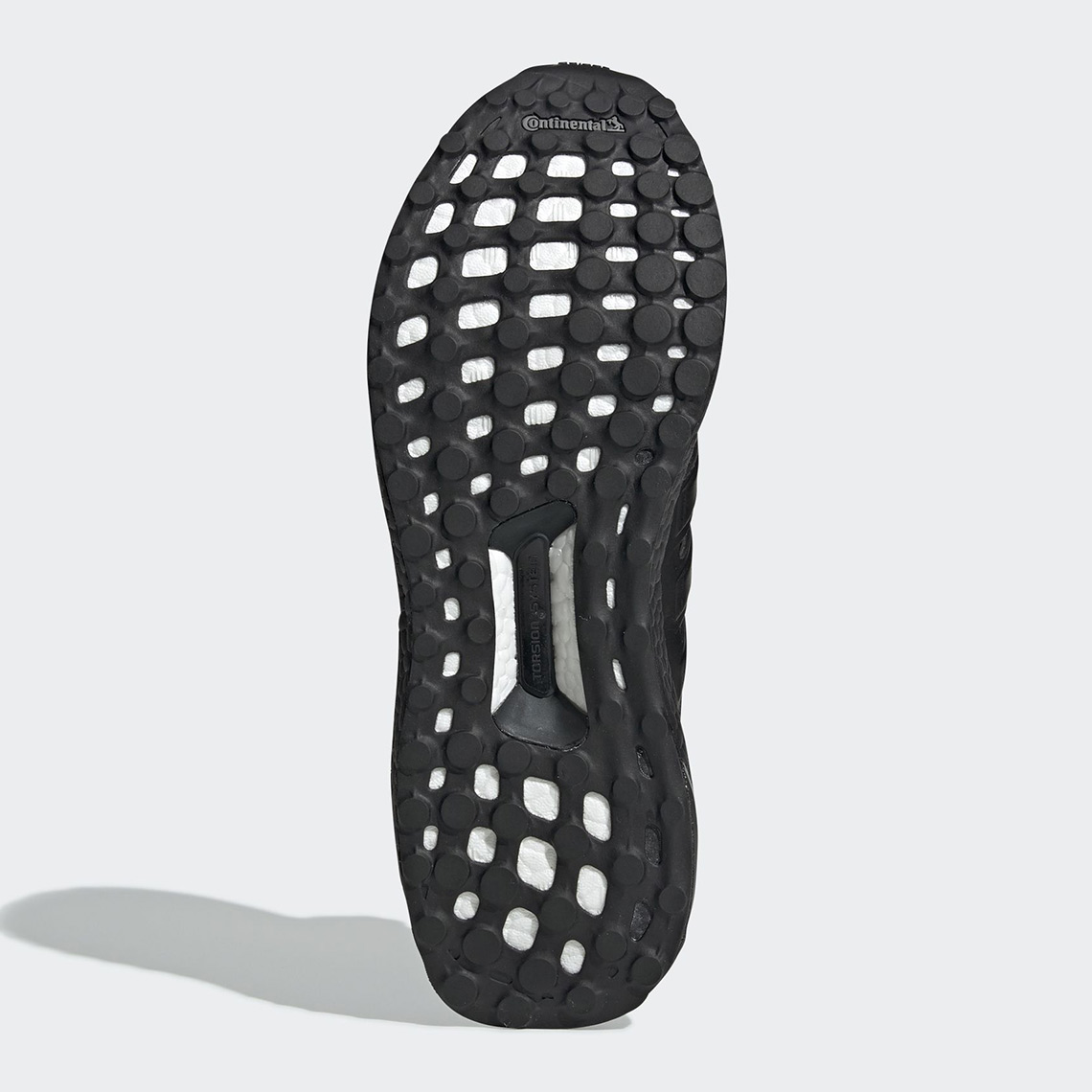